CALLS for Britain to bring in stricter travel restrictions are growing today, from both scientists and politicians.

The calls come amid a rise in cases of the mutant Covid variant Omicron. 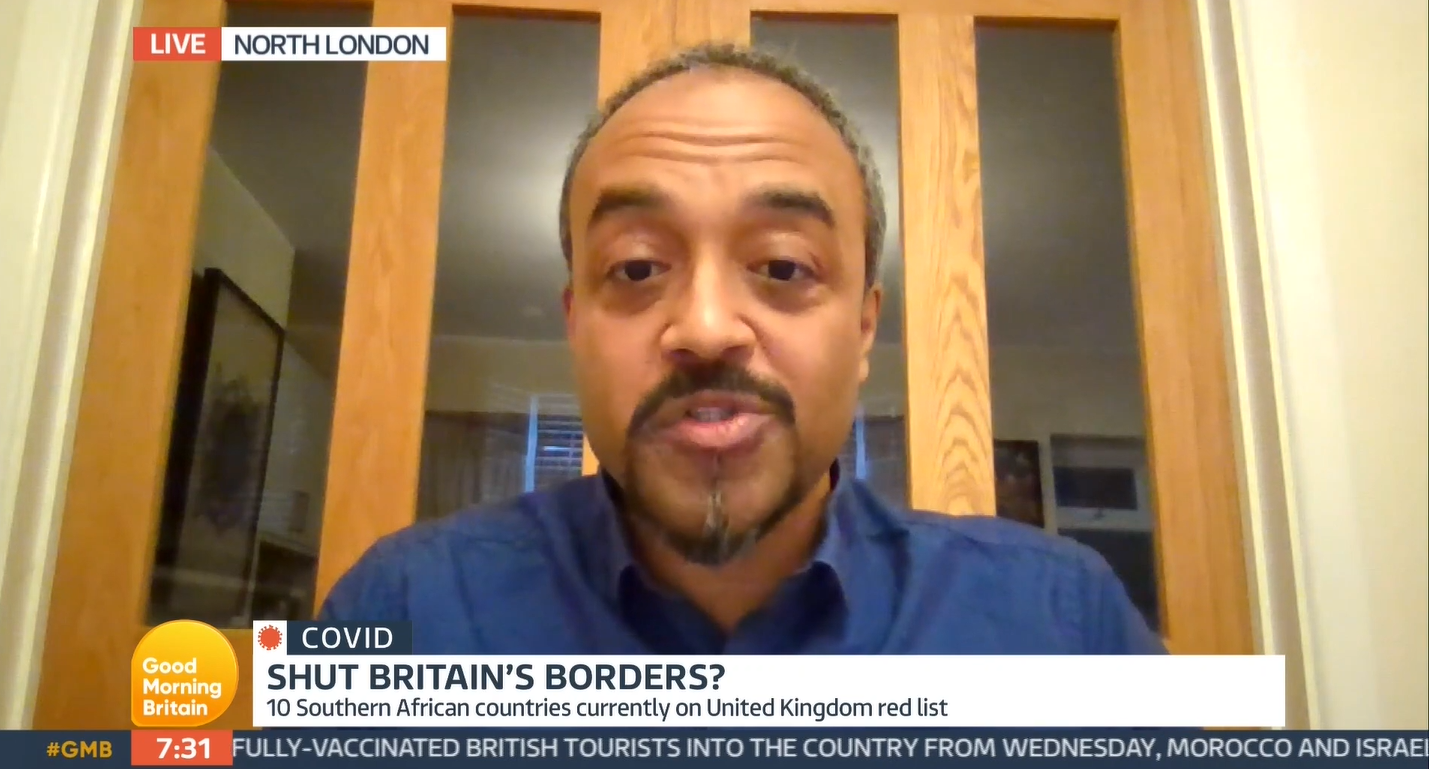 Six cases of the Omicron variant have been identified in Scotland – bringing the UK's total to nine cases.

Officials are desperately scrambling to stop the spread of the worrying new variant and the government has already placed ten countries back on the travel red list, requiring all visitors from those countries to quarantine in a hotel

New rules, announced by Boris Johnson, also require all passengers arriving into the UK from anywhere abroad to take a PCR test by the end of their second day.

But there are calls for the government to go further from experts likeAmitava Banerjee, a Professor of Clinical Data Science at UCL and consultant cardiologist who appeared on Good Morning Britain this morning.

He said we should be putting more border controls in 'sooner rather than later' to curb the spread.

Prof Banerjee said: "I would like to stress that border control is part of what we need to be doing and it's at best buying us time to take stock of how transmissible this new virus is, as more information comes in.

"We know from previous waves that acting early is when border control works so that's why I'm advocating we do it sooner rather than later."

Scottish and Welsh First Ministers Nicola Sturgeon and Mark Drakeford have called for more emergency measures to combat the new strain spreading in the UK.

They are urging the Prime Minister to go further by forcing people to do a day eight test as well, and isolate until that comes back negative.

Health minister Sajid Javid will today give a major update to MPs on Britain's fight against the Omicron variant.

The Omircon variant was first reported in South Africa, but cases have been detected in countries across the world, including Australia, Germany, Israel and Hong Kong.

Ten countries in southern Africa have been added to the travel red list in response.

Unvaccinated Brits are no longer allowed into Spain and those hoping to go to Switzerland must isolate for 10 days upon arrival, as well as show a negative Covid test.

Japan, Israel and Morocco have closed their borders to all foreign visitors and Australia has delayed opening its border for two weeks.

Keep up-to-date with all the latest updates on the Omicron variant on our blog.

Booking.com is still duping consumers with pressure selling tactics, says Which? – The Sun