BRIT holidaymakers could be forced to video themselves taking lateral flow tests after returning from holidays when day-two PCR tests for double-jabbed people are ditched.

Travel industry sources have reportedly said travellers might have to carry out a swab in sea or air terminals, or a video consultation where people are watched taking the Covid tests. 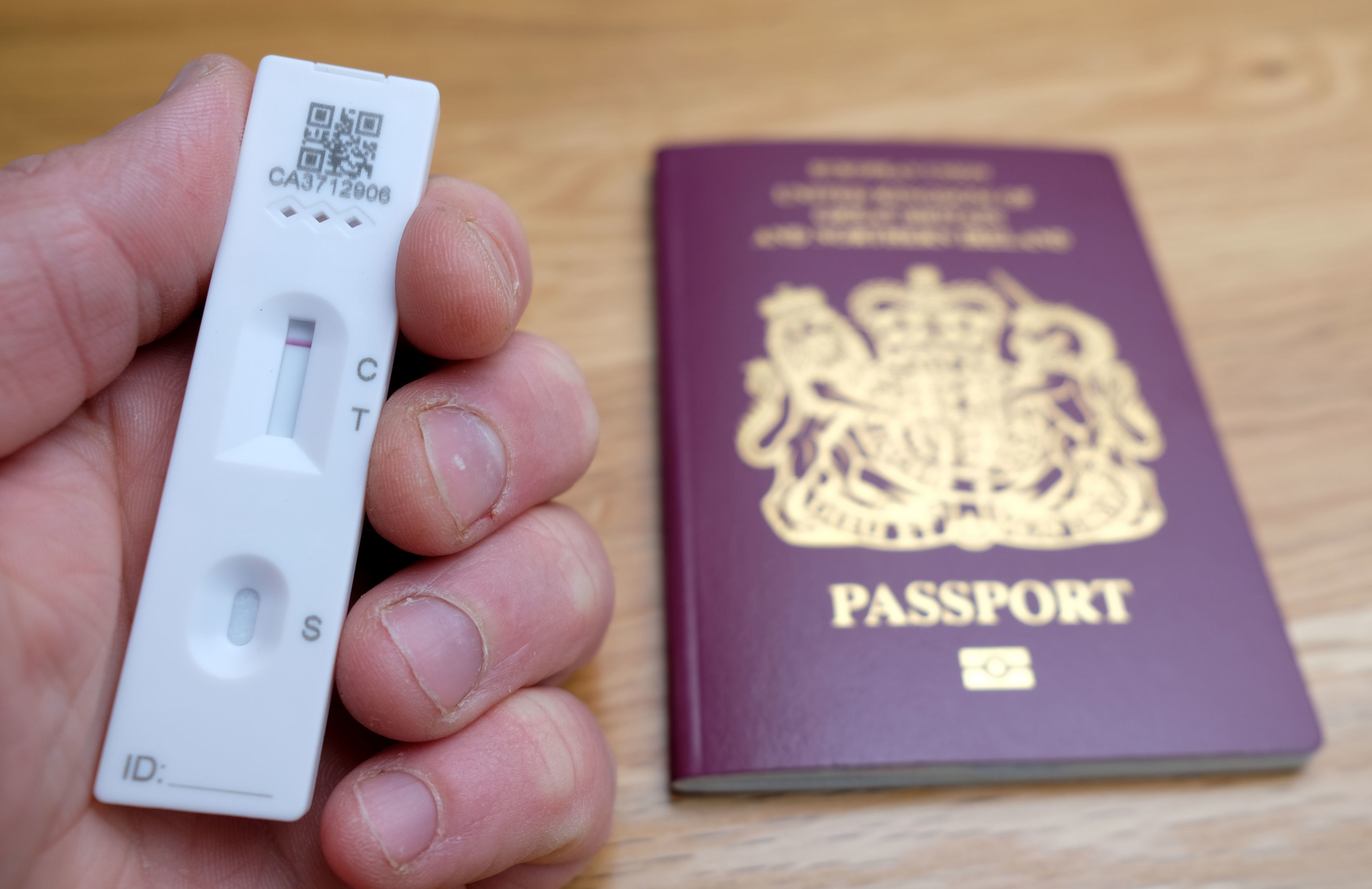 UK Government officials are considering the measure as it explores how to check travellers are not cheating the system when PCR testing rules are scrapped next month.

A source told the Daily Telegraph: “You could have a simple mail-order system but the problem is that you have no verification whatsoever.

“You only have to look at social media to see videos of people faking it.”

It comes after Transport Secretary Grant Shapps said yesterday the Government aimed to introduce the new testing regime for fully jabbed travellers “as quickly as possible” in time for October half term.

But he did not give an exact date.

Firms are currently facing a shortage of tests and say they need to stock up on supply first.

Speaking to MPs Shapps said: "I know that colleagues over at [the Department for] Health are aware of half-term dates and they'll be working closely with private sector providers…

"I appreciate the urgency and will chivvy this along." The lateral flows – which will have to be paid for rather than using the free tests the Government takes out – are set to be far cheaper than PCR tests, which can spiral to hundreds of pounds.

He added: "I hope we see lateral flows for much more reasonable prices – they are in their very nature, far less expensive, sometimes half the price."

Airlines UK called for day-two PCR tests to be scrapped on October 4.

This is the same date that pre-departure Covid tests are to be ditched for double-jabbed holidaymakers.

This will allow families to plan for the October half term.

Brits, Film, have, May, themsel, to
You may also like: