Last week, Disneyland officially opened its new Avengers Campus land to the public. Based on the highly successful films and comic book characters, it appears that fans were willing to wait in massive lines to experience the new area of the theme park. 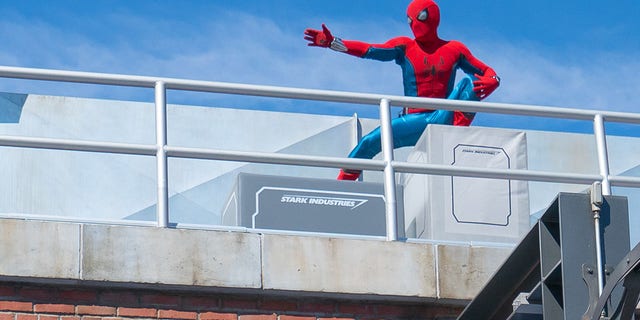 This is Spider-Man. A lot of people wanted to see him.
(AaronP/Bauer-Griffin/GC Images)

Crowds started forming before on Friday ahead of the land’s opening, the OC Register reports. According to the news outlet, the line was over a half-mile long (and was folded in on itself 17 times). Apparently, so many people were waiting to get into the area that the line stretched onto a nearby service road and bus depot.

Some fans arrived as early as 3:45 in the morning, Twin Cities reports. By 9 a.m., the line reportedly stretched for over a mile, including switchbacks.

One of the new rides in the land, based on Spider-Man, was highly anticipated and used digital boarding groups as opposed to making fans wait in line for the ride. Park-goers hoping to secure a spot on one of the boarding groups could attempt to secure a place through the park’s app twice during the day: once at 7 a.m. and again at noon.

According to the news outlet, the slots on these boarding groups quickly filled up leaving many park-goers unable to ride the ride on opening day.

The Avengers Campus had originally been expected to open last year. Unfortunately, the coronavirus pandemic forced Disneyland to close to the public for over a year and halted construction. Fortunately, the park was able to reopen and the land was completed in time for the start of the summer season.