DUTCH airline KLM has cancelled all flights between the UK and the Netherlands from TOMORROW.

The airline has announced that all routes between the two nations have been axed between January 23 and January 27. 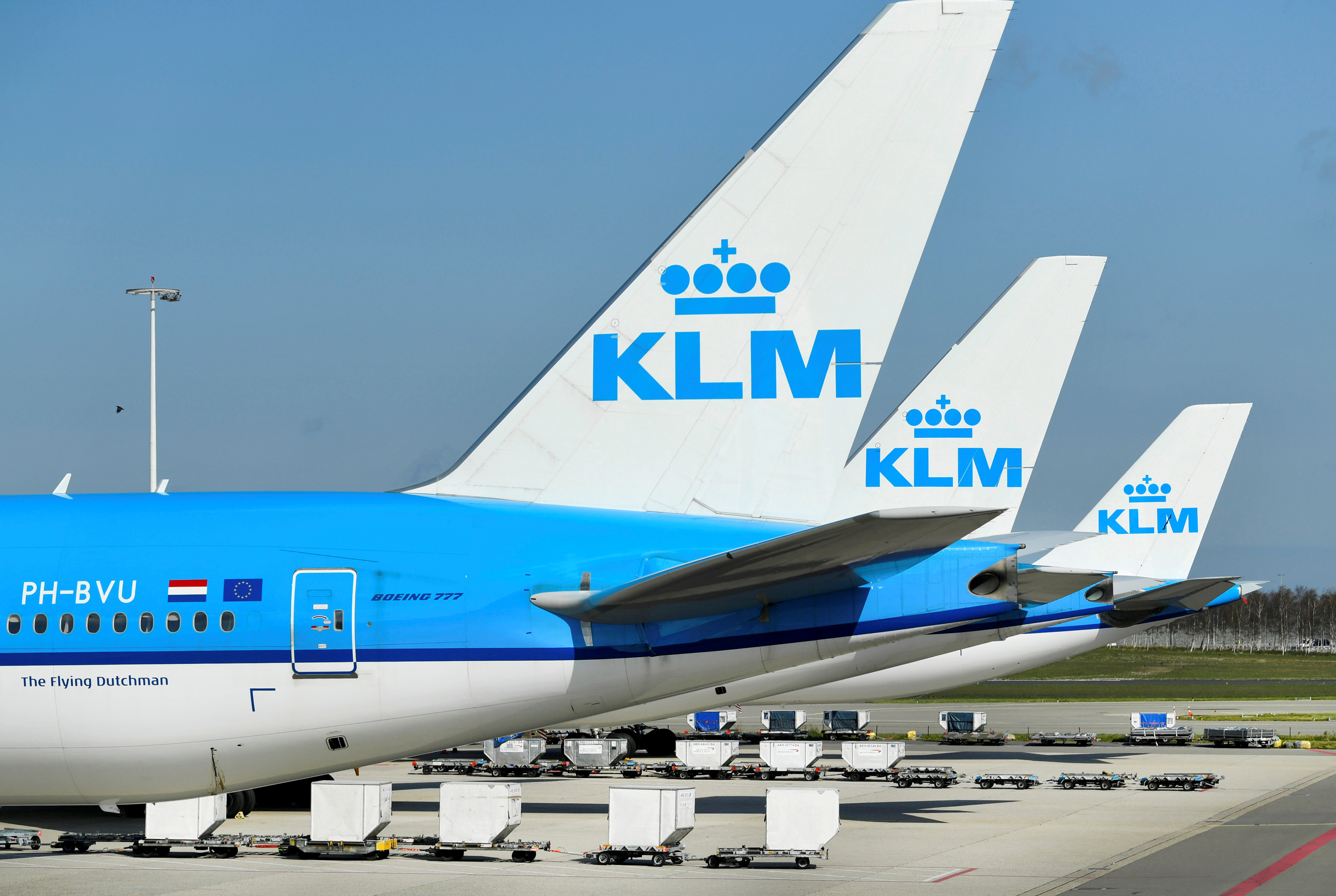 The company wrote on Twitter: "Following the announcement from the Dutch Government of further travel restrictions for passengers arriving into the Netherlands from the UK, KLM has had to make the difficult decision to adapt our flight schedule to meet all requirements.

"As a result of this, all KLM flights between the UK and The Netherlands from 23rd January to 27th January inclusive have been cancelled.

"KLM flights to and from Dublin remain unchanged.

"Please note that currently KLM flights from Cork and Belfast to Amsterdam are suspended until 28 February.

"We are closely monitoring the situation and further developments on both our European and International network may come into place in the following days.

"We apologise for any inconvenience caused to our customers."

The Netherlands imposed the flight ban to and from the UK after fears of the new strain which has gripped England.

The Netherlands has also imposed a curfew, the first since WWII, which bans anyone leaving their homes between 8:30pm and 4:30am.

Other countries including France, Portugal and Spain have also stopped the majority of flights to the UK, only allowing nationals to return due to the new Covid strain.

The news comes as it was yesterday revealed that Brits could be banned from entering countries in the EU under plans being put forward by Germany.

The new proposal could allow EU governments to close their borders to the Britain if it is "necessary to protect public health."

The proposal revealed by The Times said: "Where member states consider this necessary to protect public health, they are free to impose temporary bans on entry and on transporting passengers entering from [non-EU] countries with virus variant areas."

The proposal has the backing of German chancellor Angela Merkel.

The bans would be temporary, but would be in place until the coronavirus situation in Britain has improved.

airline, All, cancels, Dutch, KLM
You may also like: