LUFTHANSA has launched their new beds in economy, with passengers able to purchase a whole row to themselves.

Following a successful trial last year, the new 'Sleeper's Row' will start from just €159 (£135) each way – much cheaper than a bed in First Class. 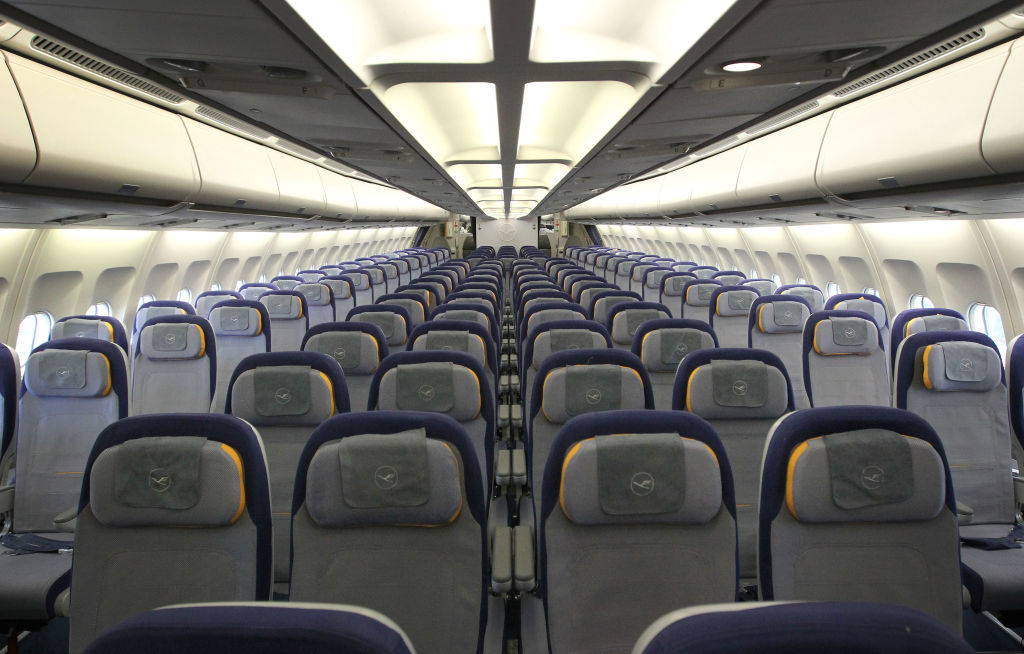 Passengers will be able to pay extra on the Boeing 747-8 planes with a whole row of three or four seats when travelling in economy, which no-one else will be able to sit in.

The airline will then provide a mattress, pillows and blanket so travellers can turn the seats into their own bed.

It won't have the luxury perks of First Class, but the blankets are from business class.

Not only will travellers be able to catch some shut-eye much easier, but passengers who pay for this extra service will also be able to board before the rest of economy so that the bed can be set up.

The airline states: "With this new offer, passengers will receive an entire row of seats for themselves, consisting of three to four adjacent seats, for the entire duration of the flight.

"This offer comes with a comfortable pillow, blanket and mattress topper of Business Class quality, allowing passengers to fully relax while on board before reaching their final destination."

The Sleeper's Row option is available on long-haul flights taking 11 hours or more, including routes to the US, southern Africa and Asia.

Lufthansa isn't the first airline to have beds in economy – Air New Zealand has a proper flat bed for passengers with their economy Skycouch option.

Designers have also designed examples of how bunk beds or normal beds could work on flights.

Revealed at the annual Crystal Cabin Awards, the Chaise Longue Economy Seat project would have two heights – with one on the floor of the cabin and one raised slightly higher.

Families have praised this cheap inflatable pillow for being a gamechanger for getting kits to sleep on flights without buying a bed for them. 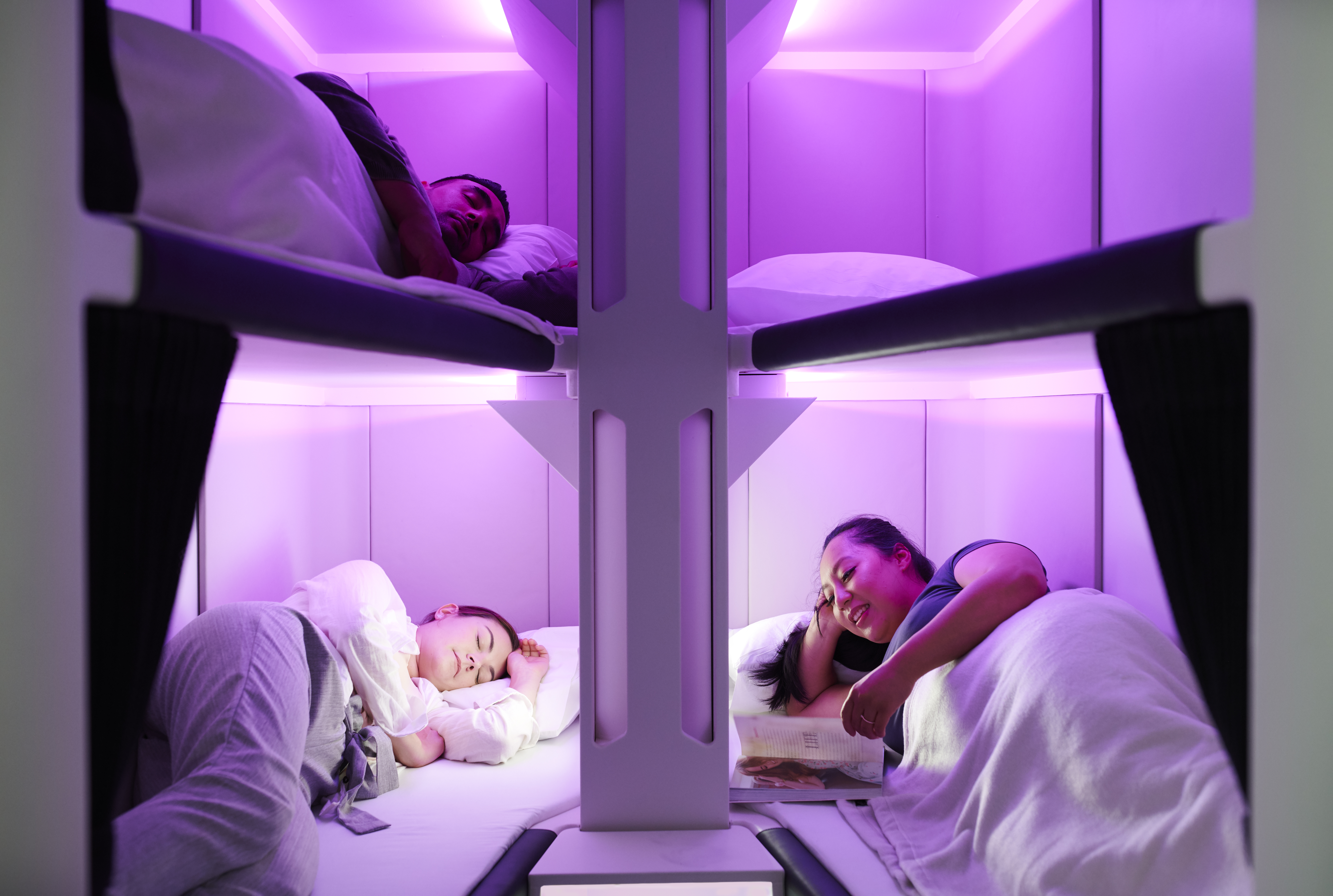 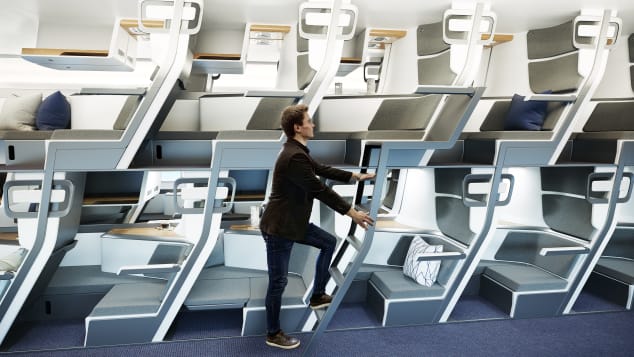