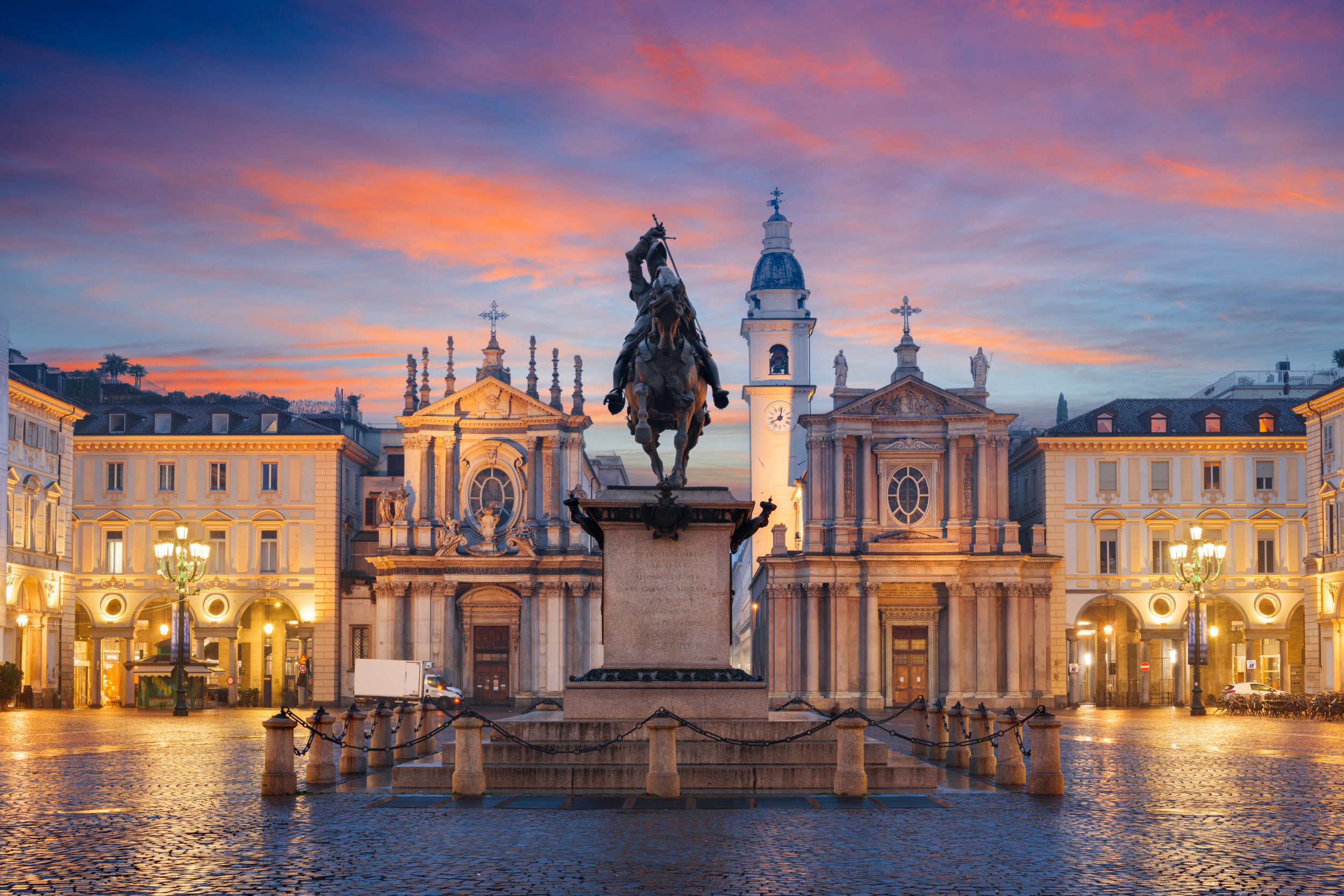 Måneskin’s triumph ensured this year’s song contest would be held in their home country for the first time in 30 years – and Turin has been anointed as host city.

Not only that, but Måneskin will perform during the interval of the grand final on Saturday.

Spokesperson Silvia Lanza is utterly delighted, saying: ‘We’re so proud to host one of the biggest musical events in the world – I can’t believe it will be watched by over 190 million people!

To involve the whole city, there are many initiatives, including the Eurovillage at Valentino Park, where there will be free concerts every evening.’ Douze points!

But that’s not all that’s taking place in the city.

Check out these other cultural wonders happening in Turin this summer.

And the music just keeps coming – Italy’s Kappa FuturFestival will descend on Turin from July 1 to 3.

One of Europe’s most prestigious electronic music and digital arts fests, this year’s line-up includes the likes of Carl Cox, Diplo, Four Tet and Danny Tenaglia (tickets from £54).

Later in the year, November 3 to 6 sees the 20th anniversary of the C2C, or Club To Club, festival, which has showcased some of the most cutting-edge electronic and progressive music around the world, attracting acts in the past such as Kraftwerk, Thom Yorke and Aphex Twin (prices tba).

He captured her portrait many times over the next few years, bringing to light her devotion to her Mexican heritage, her life and the people around her.

A collection of 60 striking, colourful images is on display in exhibition Frida Kahlo: Through The Lens Of Nickolas Muray at Turin’s opulent, rococo-style Palazzina di Caccia di Stupinigi until June 5 (tickets £13.45).

Another exhibition, Vivian Maier Inedita (unpublished), celebrates the photography of one of the genre’s most unsung artists at Sale Chiablese until June 26.

Maier worked as a nanny but devoted herself to black-and-white street photography in her spare time, with her remarkable talent only discovered after her death in 2009 (tickets £12.60).

For those who love seeing glamorous women chopped in half, men escaping from tanks of water while wrapped in chains or even just bunnies appearing out of top hats, the Masters Of Magic Convention World Tour, from May 26 to 29, is made for you.

Featuring magicians, illusionists and contortionists from around the world, it includes lectures, demos and actual magic, of course (four-day tickets from £199).

Moving pictures – another illusion, come to think of it – are honoured at the 40th edition of the Turin Film Festival this autumn, from November 25 to December 3.

On a budget? Try these freebies

Feast on fine art for free in some of Turin’s magnificent baroque churches.

On the first Sunday of every month, entry to certain museums and archaeological sites is free.

Known as the Domenica al Museo initiative, this guarantees you’ll see a host of exhibitions (although some places might require you to book online before you visit). See guidatorino.com for information.

Refill your water bottle gratis at any of the hundreds of green-coloured water fountains dotted around the city.

Capped by a distinctive bull’s head, they’re known locally as torèt, or ‘little bulls’ in the Piedmontese dialect.