This isn’t a good time to misbehave on an airplane.

After a string of incidents leading up to and after the riot at the Capitol, the FAA is implementing a strict policy against disruptive behavior on airplanes. According to the new policy, passengers violating the order will face steep fines and possible jail time. 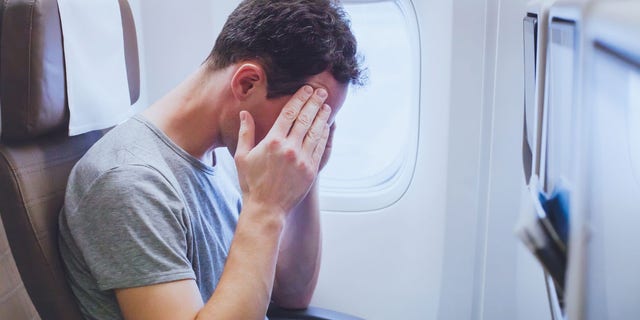 The U.S. Federal Aviation Administration Chief Steve Dickson signed the order on Wednesday, according to Reuters. It directs the agency to take a “zero tolerance” policy against disruptive behavior on flights.

The order will be in effect until March 30, According to the news service.

We will no longer adjudicate certain of these unruly passenger cases with counseling or warnings,” Dickson told Reuters. “We’re going to go straight to enforcement.”

For the time being, the FAA will reportedly not issue warning letters or negotiate penalties. Instead, the agency will take direct action and passengers could face fines of up to $35,000 and possible jail time.

“We’ve seen a disturbing increase in these incidents. … We’ll take the strongest possible enforcement action against any passenger who engages in it,” Dickson said.

A pilot for American Airlines threatened to land a plane headed from Washington to Phoenix in the middle of Kansas last Friday. According to reports, the pilot was reacting to disruptive behavior from passengers who were allegedly refusing to follow the airline’s mask mandate.

The pilot reportedly threatened to “dump” people off in Kansas if they did not behave. Some passengers chanted “USA” while the pilot made the announcement.

This incident is just one of many instances of airlines responding to disruptive passengers in the wake of rioting at the U.S. Capitol, during which a mob of Trump supporters breached the entrance and stormed the building.

Last week, Alaska Airlines banned 14 passengers who refused to wear masks and harassed crew members aboard a flight from Washington to Seattle. And on Thursday, American Airlines confirmed that it would no longer be serving alcohol on flights to and from the Washington metro area “as a precautionary measure.” The announcement was made a day after Trump supporters on a flight from Texas to Washington clashed with other passengers after landing at Dulles International Airport.

chief, faa, issues, to, zero
You may also like: