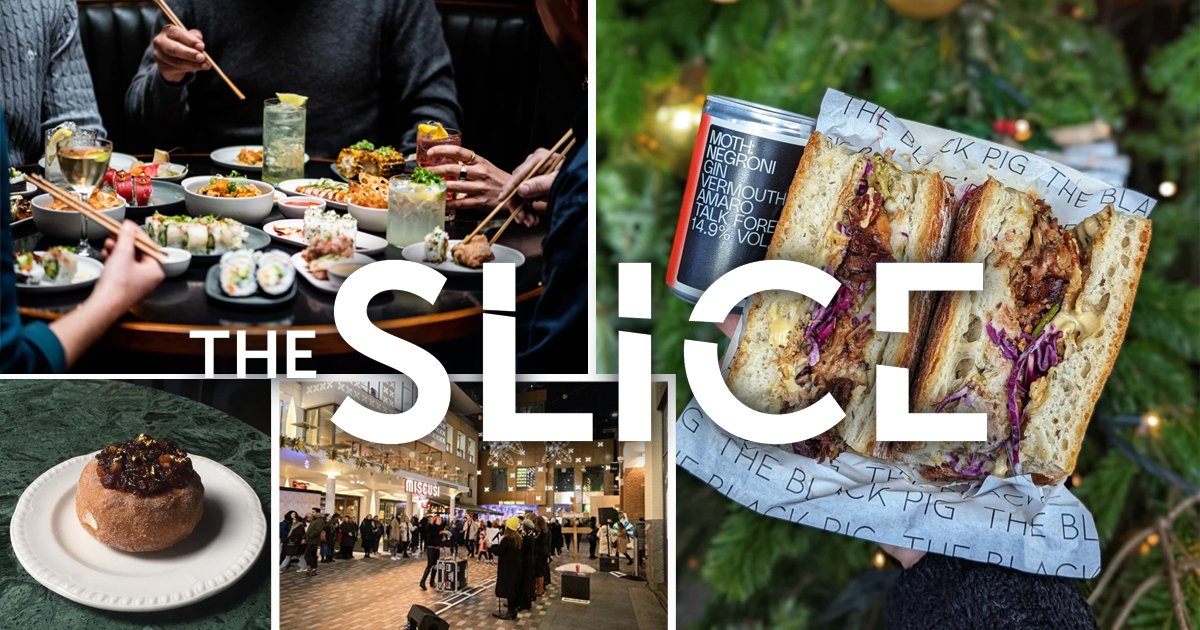 Put your Christmas shopping and your tree and decorations on hold as you’re going to be way too busy for the humdrum Christmas chores this week.

When you’re not trying to solve the Gunpowder Plot in the actual place where it was, erm, plotted, you’ll be checking out new cinemas, getting some free mulled wine while you watch choirs, doing Christmas quizzes, tucking into port and pies and probably some free cocktails and having a guilt-free Christmas feast at Unity Diner.

Oh and then we’re running down the road to grab our free mince pie donut. Yes, you read that right the first time!

It’s not an escape room. It’s not theatre. It’s not a movie. It’s being there. Back in 1605, in the Tower of London itself, surrounded by traitors planning to blow up the Houses of Parliament. And it’s your job to unmask them.

It’s all part of a ground-breaking collaboration between the Layered Reality group and Historic Royal Palaces (like wow, right?) where you get to enter into the actual place where stuff went down and, thanks to technology and magic and theatre, actually live the experience of being caught up in the famous Guy Fawkes Gunpowder Plot… If you think you’re up to it, that is.

We don’t know about you, but we CAN’T wait!  It’s gonna be explosive!

Fancy a free mulled wine while you take in a bit of a Christmas show… again for free? Then join us in London’s glittering Covent Garden, where you’ll probably be doing your Christmas shopping anyhoo, tomorrow and next Thursday from 5pm for what they’re calling Be Enchanted at The Yards.

Choir and dance performances based on seasonal favourites, that complimentary mulled wine from Dalla Terra or hot chocolate from Badiani, the gelato people, if you’re on a detox, food from Miscusi, installations for the Insta-ing of… oh, and the chance to win prizes from the shops in and around the Yards including Café Pacifico, Maison Bab, Miscusi, Dishoom and Arôme.

It certainly puts some sparkle in the grind that is checking off your Christmas list.

Tomorrow and December 9, The Yards, WC2

Just what the doctor ordered

Eight dishes and a glass of fizz? Now, that’s what we call a Christmas feast. And that’s what we are going to be face-down in at Apothecary, where they are putting a Japanese spin on their feasting menus and DJ brunches this Christmastide.

Which we think is a word. Eat upstairs where the party sizzles or take it quieter downstairs in the private dining room and choose between a £30-per-person menu with everything from slow-cooked pork belly buns and teriyaki chicken thighs to the £55-a-head eight premium dish job with BBQ beef short rib buns and wagyu beef.

And not a pig in a blanket on the entire premises.

Fancy a free cocktail? You had us at ‘fancy’. Of course we do! And that’s why we are heading down to The Black Pig in Borough Market (let’s face it, we know the way by now) to claim one of a total of 200 free MOTH canned cocktails – Negronis and espresso martinis – they’re giving away to help wash down their famous Italian influenced pork ciabattas.

It grand giveaway starts this Thursday and carries on each and everything Thursday until Christmas, which means – by our calculations – 50 freebies per sesh.

Besides, we’ve been dying to get down there to get our laughing gear around one of their ultimate Christmas sandwiches, which is basically Christmas dinner… in a sandwich!

Thursdays in December until 23 from 5pm, The Black Pig, Borough Market, SE1

Get Gucci with Gaga!

Remember when cinemas used to be overprices rats’ nests where you could spend half a week’s wages on some soft nachos and watch a movie on a screen smaller than your TV while you froze?

And then came Everyman Cinemas, the total upgrade that got us back to the (back row of the) pictures. And now there’s a new one in Borough Yards near London Bridge and, of course, Borough Market!

Two screens, sofas and armchairs, an extensive food and drink menu, beer, cocktails all delivered direct to your seat. So if you need us, we’ll be in House of Gucci with Lady Gaga, an Aberdeen Angus burger and a Bloody Mary. Don’t speak to us!

Your first Port of call

First things first, it’s pronounced Coh-burns. Thought we’d just clear that up. And they are purveyors of the finest ports, which is pretty much the perfect Christmas drink, though we certainly don’t restrict ourselves to this time of the year.

And as if a nip of the ruby stuff wasn’t seasonal enough, they have just opened up the Cockburn’s Port Pie Shop, where for just £15, you can get stuck into a delicious ‘three course’ port- and pie-tasting experience including a range of ports and taleggio and confit leek pie, braised beef shin pie with port gravy and a classic mince pie with port syrup.

And we mentioned a glass of port to go with each one, didn’t we?

They call it a micro-village but we must admit we have never been to any village – not even a real size one – with as much going on as there is at St. Felix Place, sister location to Flat Iron Square.

So you can imagine the ramping up that’s going on now it’s Christmas!

Christmas-themed pub quizzes on Tuesdays and a take-over on Saturdays by Tik Tok busking star ADMT and his friends, which means live performances while we sit back on the cosy orange sofas in the tap room doing serious damage to that drinks menu.

Then there are candle-making sessions, live music and DJs and, obvs, plenty of foods and drinks to oil the wheels!

You’ll go dough-nuts for this!

Is it a mince pie? Is it a doughnut? Yes. To both questions.

It is the Gunpowder Mince Pie Doughnut, the best double act since French & Saunders, Barbra Streisand and Donna Summer, horses and carriages (how far do you want us to go back?).

Balls of fresh dough are fried until golden, rolled in cinnamon and then pumped with crème patisserie (basically custard) and topped with a dollop of homemade mincemeat, the sweet kind like you get in mince pies!

A Nobel Prize can’t surely be far behind.

A bottomless brunch with all sorts of Christmas deliciousness and no one died?

Yes, the creators of many of our favourite vegan delights are getting seasonal with a Christmas burger with all the trimmings (sprouts, cranberry sauce, rosemary aioli), a Christmas Wellington that comes with roasties, carrots, parsnips and mushroom and miso gravy… and No Pigs in Duvets, which is a vegan version of the sausage/bacon treat.

Add a bottomless prosecco situation from Tuesday to Friday and we think we may have found our Christmas office lunch spot!

Walkin’ in a movie wonderland

The Troxy in east London has seen some sparkle in its day, mostly from Sink the Pink that set up its HQ there after they outgrew the Bethnal Green Working Men’s Club.

And that sparkle will be very much in evidence this Christmas season as the whole huge art deco space has been transformed into a winter wonderland… with a cinema at its heart.

Yes, instead of just going to the pictures to see something festive, you can step inside a marshmallow world of tinsel and glamour and get fully steeped in that old Christmas magic as you take in George the Poet, choir Some Voices and movies like Elf, Love Actually and Home Alone.