Follow
Home » Travel » Forget going abroad, a weekend glamping in Devon could be all the holiday you need

Forget going abroad, a weekend glamping in Devon could be all the holiday you need

Miranda Larbi is the editor of Strong Women and Strong Women Training Club. A qualified personal trainer and vegan runner, she can usually be found training for the next marathon, seeking out vegan treats or cycling across London on a pond-green Tokyo bike.

You don’t have to go away for very long to reap the benefits of a break; sometimes, all you need is a quick weekend somewhere quiet to recharge. Just make sure that you’ve pre-booked a taxi to take you back to civilisation, warns Miranda Larbi.

Whenever heatwaves strike the UK, I’m always in London. I read reports in the papers of swarms of city dwellers descending on Durdle Door and Brighton beach and yet, I’m usually stuck in the East End with my feet in an ice bucket wondering why I’d not planned ahead. That was, at least, until last month when I spent a whistlestop 36 hours down in Devon – on a beach.

Like many people, I’m facing my second summer stuck in the UK and rather than taking long breaks (expensive, tricky to book etc), I’ve found that a Friday evening-Sunday lunchtime excursion out of the capital tends to be as refreshing as a week away. With that in mind, I headed down to a glamping site near Totnes after work on a Friday for two-nights of under-canvas luxury.

In the summer, glamping might seem a bit extravagant; you don’t really need hot showers and duvet-strewn beds when it’s 30ºC outside. However, it’s worth £90 a night purely for the fact that you don’t have to do anything with regards to putting up a tent. We arrived at The Fleet Estate at around 9.30pm to find our teepee all set up and a firepit waiting to be lit. Imagine arriving at a campsite that late and then having to start working out which pole goes where…

The glamping experience we stayed at was a Canopy & Stars X Oliver Bonas pop-up, so each teepee was full of beautiful hand creams and face masks, picnic kits and lamps. This wasn’t any ordinary tent but more like an alfresco hotel room (or the kind of tent one might imagine the most expensive ticket at Wilderness might buy you) – complete with mats, mirrors and a comfy double bed.

Double beds, carpets, mirrors – this is more of a hotel room than a tent.

The site is made of a handful of teepees (all well-spaced out for maximum privacy and peace), two eco-loos, three hot showers and a converted horsebox-cum-kitchen. While most of the other couples around seemed to turn up with a boot load of grub, we travelled light: a tin of beans, a pack of Linda McCartney sausages, some crackers, Oatly cheese and a few bell peppers.

If that sounds like a pending disaster during a heatwave, it wasn’t – iceboxes are left outside each teepee with ice packs changed daily. The cheese even kept well enough to be eaten on the disastrous trip back to London (more of which later). 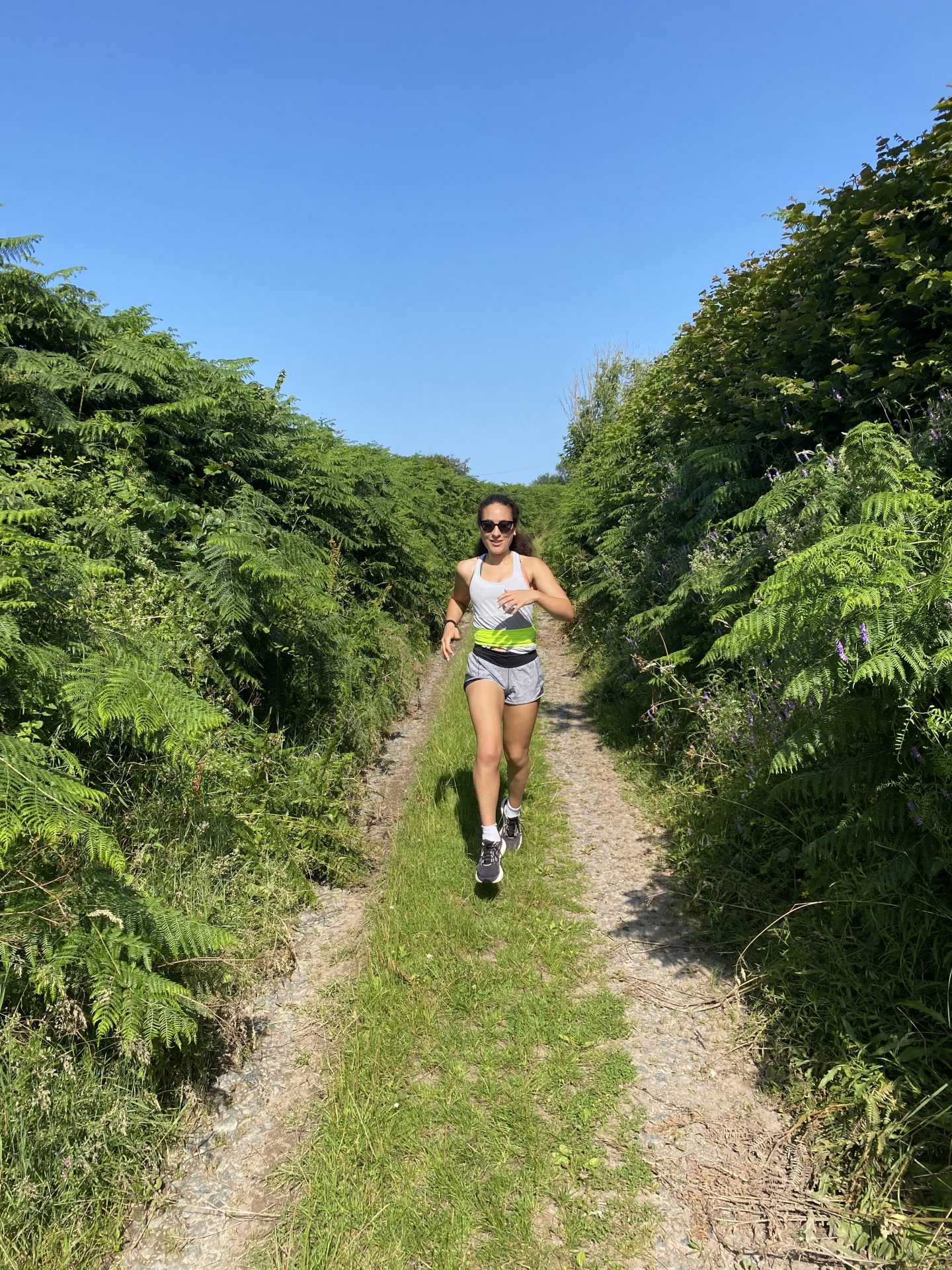 So, why schlep from inner London to this particular part of Devon – a journey of five hours door-to-door? Well, you’ll be hard-pushed to find a more beautiful part of the country for one thing. Everywhere you turn, there’s one rolling green hill after another, occasionally dotted with a picturesque cottage or herd of sheep. A five minute walk from the glamping site is Wonwell Beach – the kind of sandy shore you’d imagine the Famous Five (or some less cancellable kids group) exploring.

When the tide is out, you can walk round to Mothecombe Beach and it’s there that we struck an oasis after heading out with little sun cream and even less water: The School House. As a vegan, this fish restaurant wasn’t ideal food-wise but the beer is cold, the drinking water is free and they sell Malibu sun cream – what more do you need?

For a hot dinner, we took our chance on the local pub (in classic countryside fashion, the “local” is a 45-minute walk away) at Holbeton, where we were treated to an almost Sean of the Dead experience by the locals.

We Londoners aren’t so different from people down in Devon – everyone seems content to be left alone so if you’re after a quiet weekend without having to say hello to everyone, Holbeton might be the perfect spot.

It’s important to memorise the name of that village because getting back home – if you don’t drive (as born and raised Londoners, we’re the norm, not the exception) – was absolute proof that countryside living is a world away from urban existence. 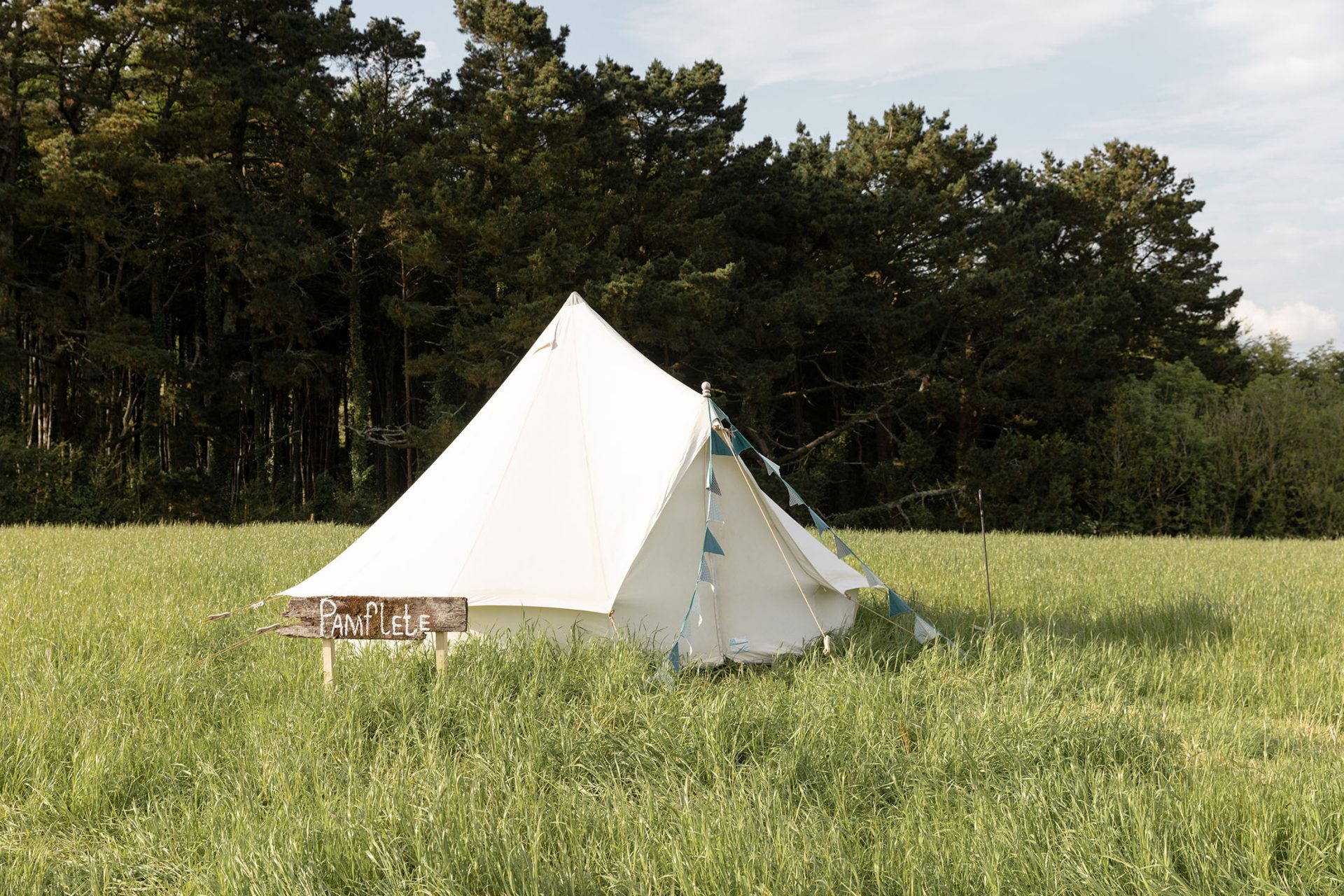 Wake up in a green space of your own.

We had a cab booked to take us back to the station at 12.15pm on a Sunday. Given that we’d been dropped at the site in the first place, it seemed pretty problem-free. 30 minutes before our train, however, the cab still hadn’t turned up and the company had no taxis available until 7am the next day.

Two more companies had no cabs either (given how inaccessible this part of the world is by public transport, it’s amazing how many people needed a cab on a hot Sunday afternoon!). The next two cabs cancelled our journey because they couldn’t find the campsite and after going to the wrong place initially, we finally caught the sixth car to the station.

Wake up, wander down to the beach and have a go at wild swimming.

Needless to say, we turned up back at London Paddington looking like two crumpled brown bags, scorched after standing in the middle of a country lane for three hours in the midday sun and with stray bits of hay clinging onto our clothes.

They say that a change is as good as a break and despite the cock-up at the end, I did feel refreshed and smug at the fact that I’d been on an actual beach on a scorching weekend. Glamping is the perfect way to spend a weekend; it forces you to disconnect and relax, green-bombing you with nature at every turn.

It’s also something that should be enjoyed by people interested in reducing their carbon footprint and leaving no trace. As such, it’s perfect for us Londoners who need a tech break, want lots of green and blue space and don’t want to pay the earth for a hotel room.

I’d just make sure that you have a back-up cab reservation if you do come by train and that you pilgrim to Holbeton to get that cab from – because Fleet Estate Glamping is such a hidden gem, no one seems to have heard of it.

Travel: We travelled from London Paddington to Totnes on Great Western Railways (GWR).

Devon, staycat, travel, UK Travel
You may also like:

Airport chaos with thousands of Brits stuck in huge queues as eGates go down at Heathrow, Manchester and Edinburgh

New York holiday deals and things to do when you're there