WHAT is 100 years old and makes you scream?

No, not a ghost or Grandad’s long-lost toupee. 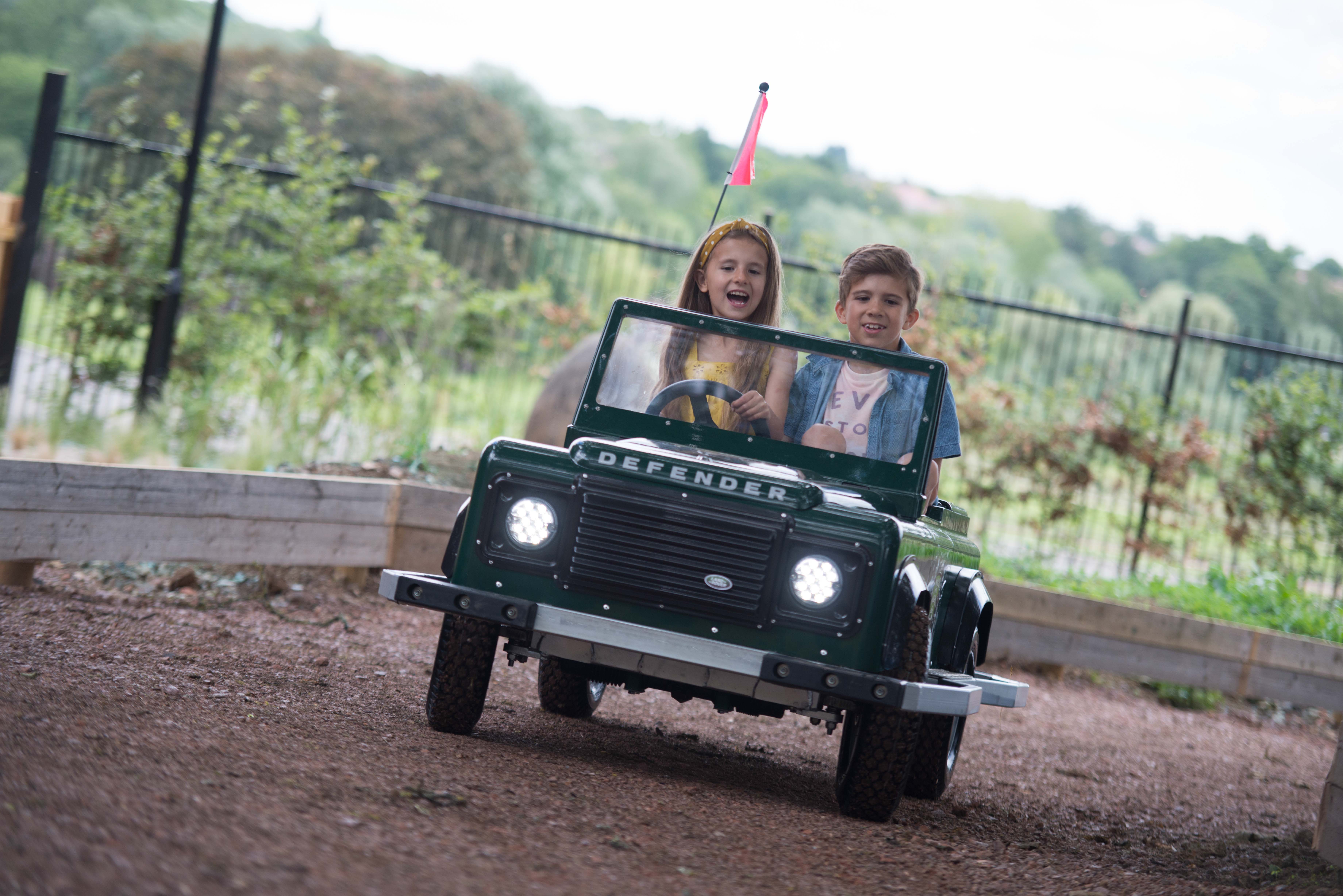 The answer is Wicksteed Park, which as well as being home to hair-raising rides is also the oldest theme park in mainland Britain.

Now celebrating its centenary, the 147-acre site in Kettering, Northants, still aims to delight both the young and young at heart.

Unusually, the Grade II-listed parkland playgrounds and pretty lake are free for families to enjoy throughout the day.

But for kids, and big kids, wanting to experience the adrenaline rush from one of the 30 rides dotted across the site, tickets or a pass can be bought on the day.

So while thrillseekers get their fix, those inclined towards more sedate pastimes can relax with a book under a tree or enjoy a picnic on the grass. 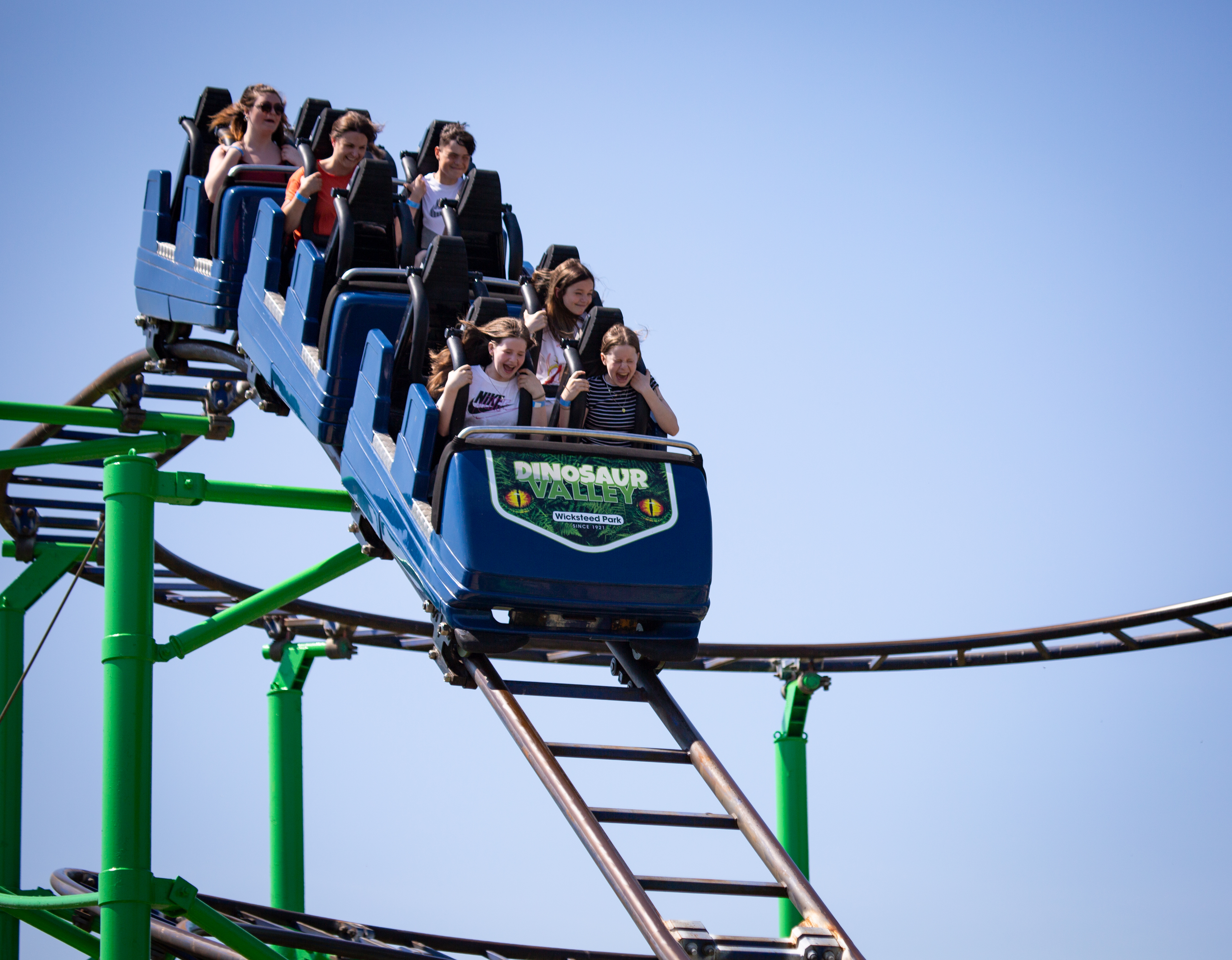 Even on Wicksteed Park’s busy 100th anniversary weekend, we rarely waited more than ten minutes for most rides, which thankfully meant no tantrums.

The park was founded in 1921 by Charles Wicksteed, who decreed it must remain free to enter so families could enjoy the great outdoors.

But it is not his only legacy, as millions still benefit from his dedication to fun.

The industrialist designed some of the world’s first playground equipment — his company still making swings and slides to this day.

Our gang was made up of Mum and Dad plus three kids — Poppy, five, Lucas, three, and six-month-old Harry. 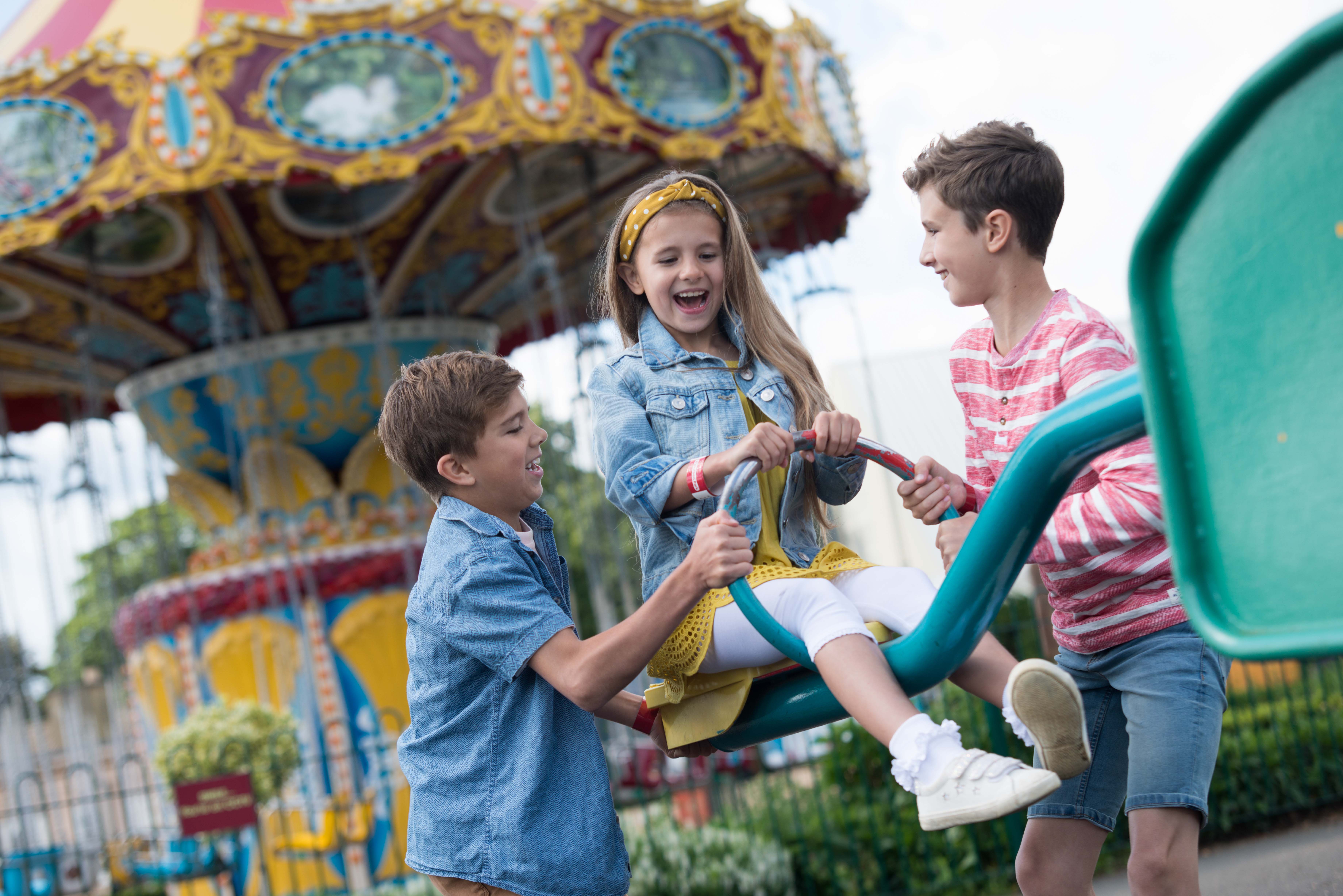 With nearly all the rides suitable for younger children, they were spoilt for choice.

One of the biggest hits was the mini Land Rover Defenders.

While they floored it around a dirt track, we looked on with a mixture of pride and dismay, trying hard not to be like backseat drivers.

Wicksteed Park is also home to Britain’s oldest water chute, which first thrilled the public as long ago as 1926.

Although deceptively simple — a wooden boat that drops steeply into the lake below — our screams were proof it is certainly not for the faint-hearted.

Other highlights included the new Sway Rider, which hit speeds of 30mph while whizzing us around 30ft in the air. 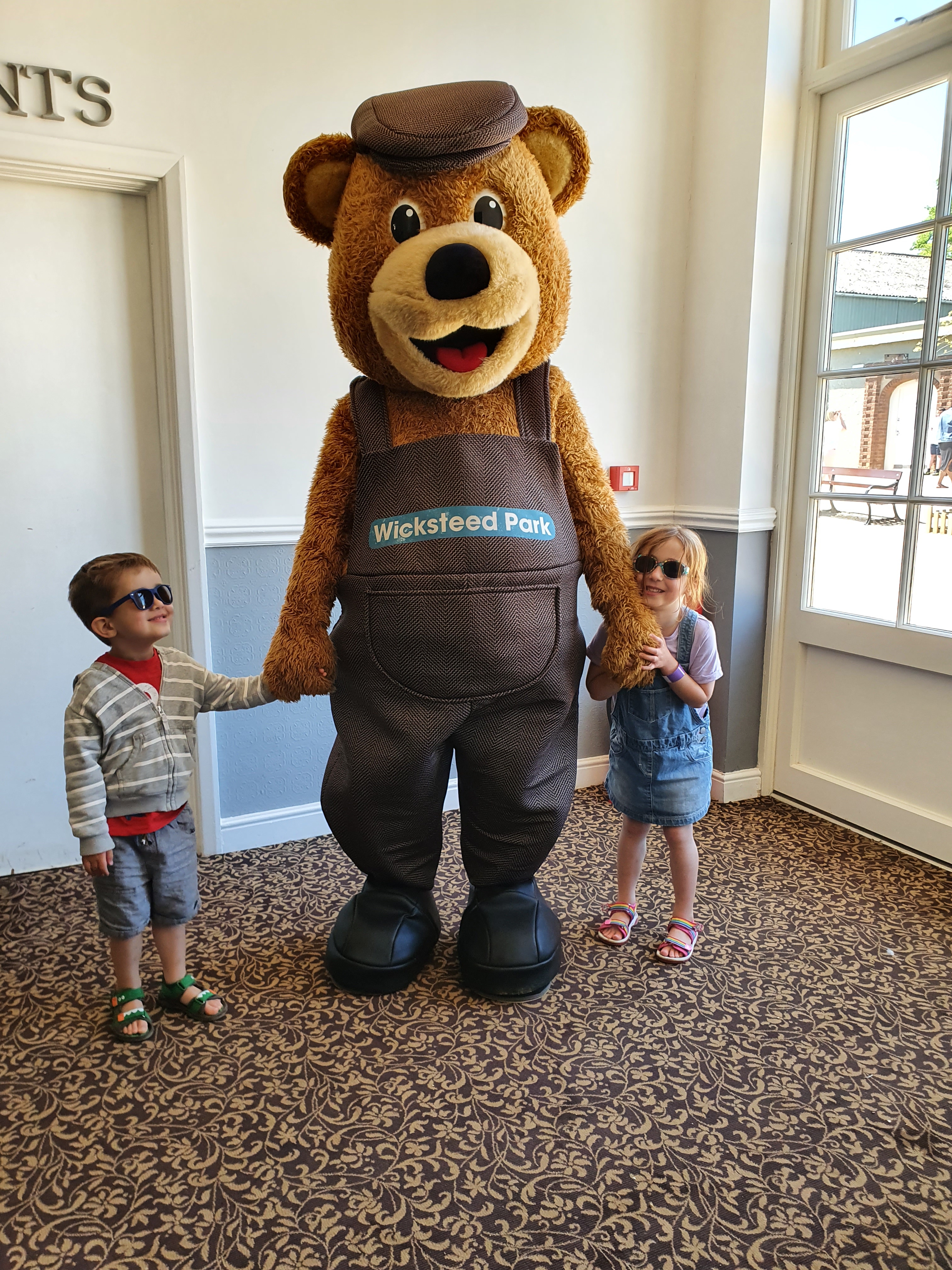 The kids were chuffed, too, when allowed to ride the Ladybird Coaster on their own, which despite its cute name was declared the scariest attraction of all.

To top off the visit, Poppy and Lucas were lucky enough to meet the park’s popular, honey-loving mascot, Wicky Bear.

With trains from London to Kettering taking as little as 46 minutes, it left us wondering why we had never visited before.

After countless adrenaline rushes, a much-needed ice-cream stop and some very smudgy shots of meerkats on Dad’s phone, we finally headed back to our nearby hotel for some R&R. 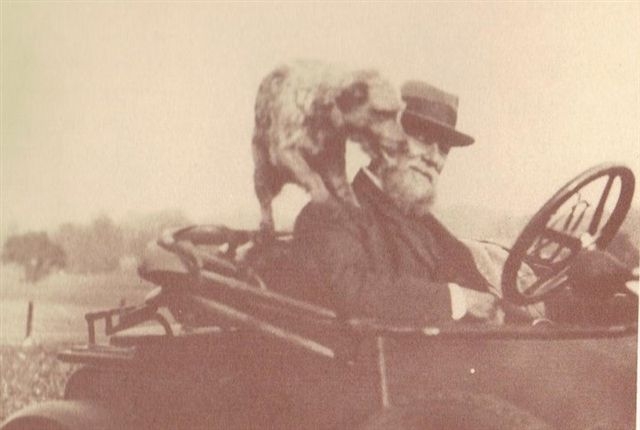 Unexpected surprises are often the best and the Kettering Park Hotel certainly was that, in the nicest possible way.

Having been cooped up for the best part of a year, thanks to the pandemic, how would the kids behave?

We needn’t have worried. From the warmest of greetings on arrival, to the handwritten notes and cookies left on the children’s bunks, we were in good hands.

After a long day of thrills and spills, we headed to the hotel pool for a welcome wind-down.

But it was hard to tell whether the kids were more excited by repeatedly jumping into the pool — or their own mini dressing gowns, cutely embroidered with V.I. Little P.

“This is the best hotel in the world,” declared the five-year-old. “Everyone is super-friendly, the food is so yummy and there’s a pool for swimming. Can we please come again?” 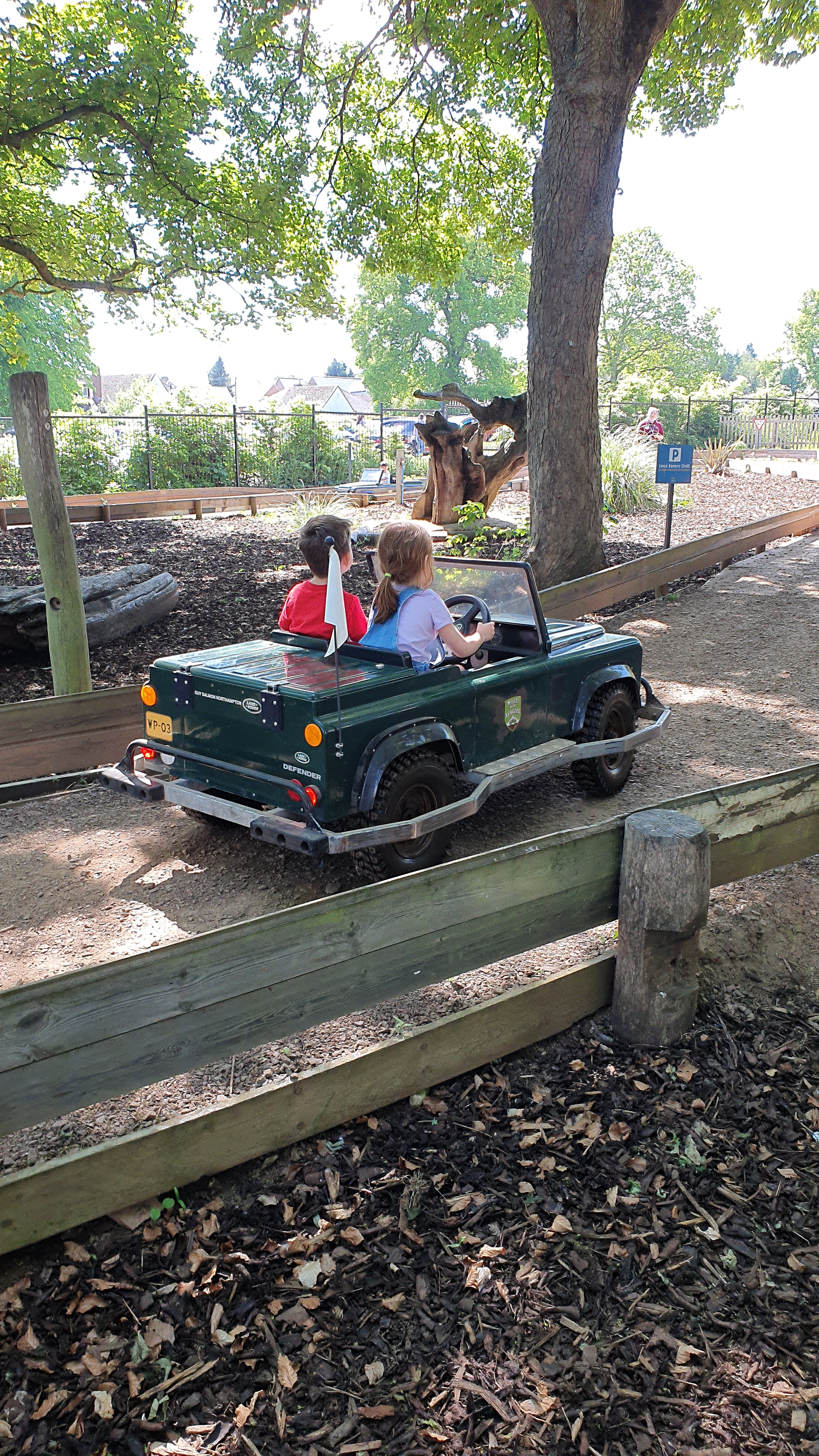 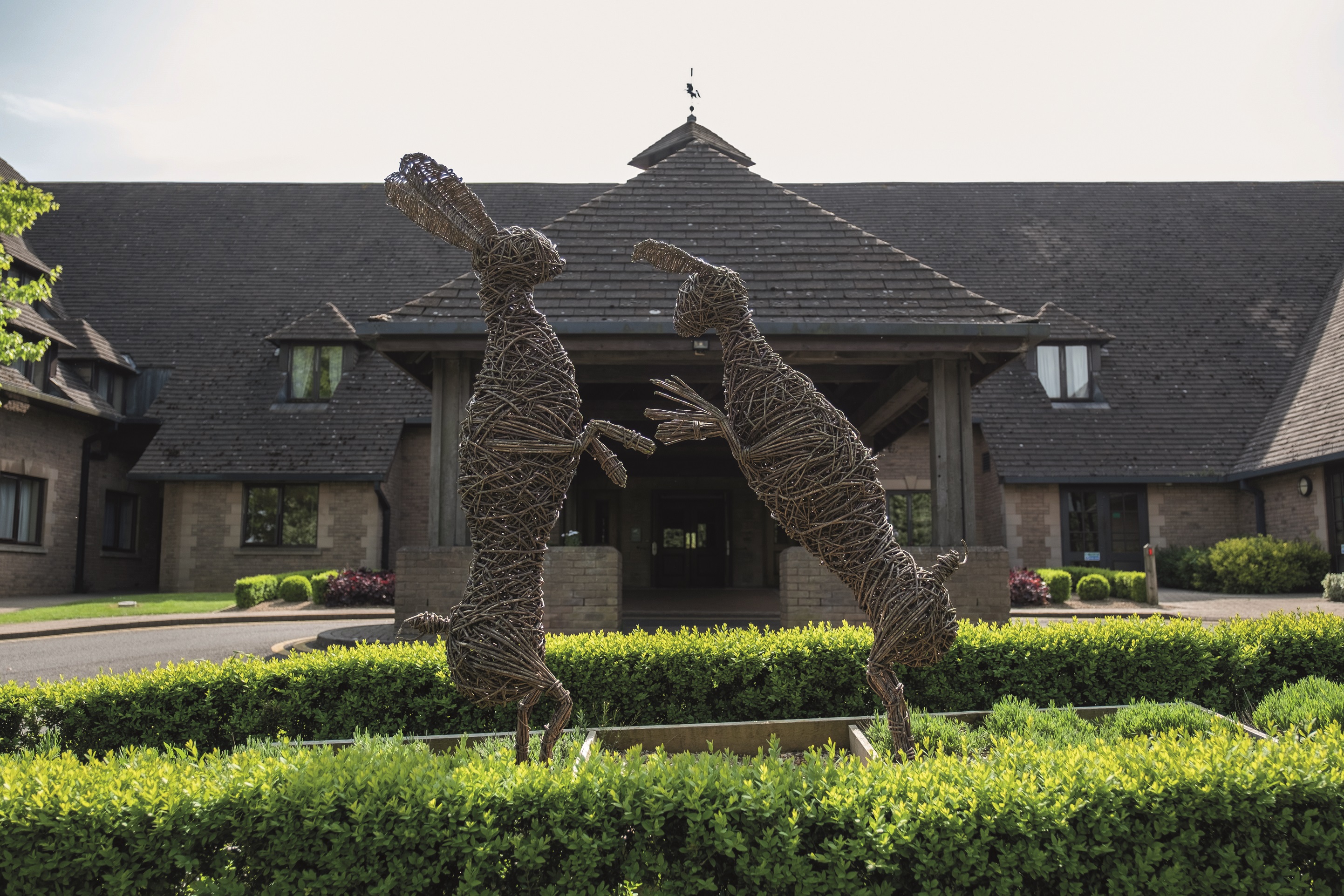 Both adults felt the same after enjoying some pre-dinner drinks and a fantastic meal in the restaurant.

As we headed off to bed, the three-year-old was even more gushing, calling it “Hotel Home”.

Now, is there a bigger compliment than that?

PLAYING THERE: Entry is free but day passes for the rides are £17 for adults and £20 for children.

STAYING THERE: The 4H Kettering Park Hotel & Spa offers family rooms from £162 a night B&B for a family of five.

You can book your stay at ketteringparkhotel.co.uk.

from, mini, Ro, rollercoasters, to
You may also like: