It’s a plane smart move for the environment, according to Frontier Airlines.

Less is apparently more at Frontier, as the low-cost carrier has proudly debuted lightweight passenger seats in the cabin of its new Airbus A320neo plane. Frontier says that the lighter cabin chairs will save over 31,000 gallons of fuel per plane each year, and further its mission as “America’s Greenest Airline.” 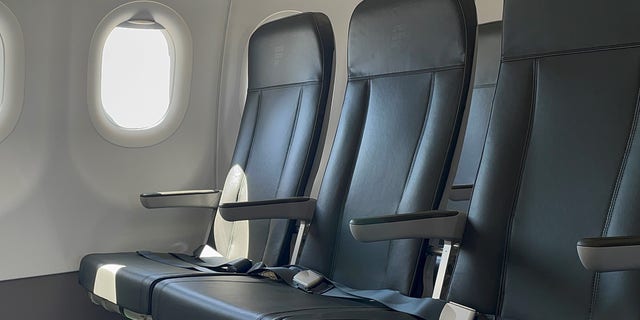 The new seats were produced in partnership with Recaro Aircraft Seating and Indigo Partners, and will soon be installed in 155 Frontier aircraft.
(Frontier Airlines)

“This new aircraft, which is the 105th in our fleet, represents a significant milestone in Frontier’s commitment to being America’s Greenest Airline,” Frontier CEO Barry Biffle said in a news release. “We are in continuous pursuit of leading-edge strategies to reduce our environmental footprint and, at the same time, reduce fuel costs, which enables us to pass savings on to consumers in the form of lower fares.”

According to the executive, the new seats are extra-comfortable with redesigned armrests and a larger tray table, too.

Flying towards a greener future, the lighter seats on an average Airbus A321 aircraft yield a fuel savings of 31,683 gallons per year, the airline said. The new seats were produced in partnership with Recaro Aircraft Seating and Indigo Partners, and will soon be installed in 155 Frontier aircraft currently on order. 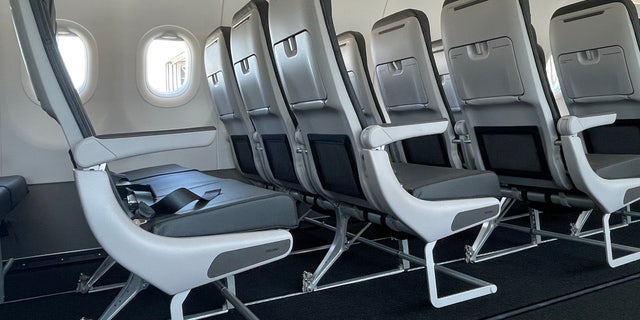 Flying towards a greener future, the lighter seats on an average Airbus A321 aircraft yield a fuel savings of 31,683 gallons per year, the airline said.
(Frontier Airlines)

Frontier’s newest aircraft has also debuted its own new flourish on the plane’s exterior. Much like the rest of the Frontier fleet, the new AirbusA320neo will feature an animal’s image on the tail, the newest being a Piping Plover bird named Francie. The bird was named after Dr. Francie Cuthbert, who heads the Great Lakes Piping Plover Research Team at the University of Minnesota. The small shorebirds are an endangered species, one close to extinction in the 1980s.

With the illustration, Frontier hopes to honor Cuthbert’s efforts in helping restore the Piping Plover population. 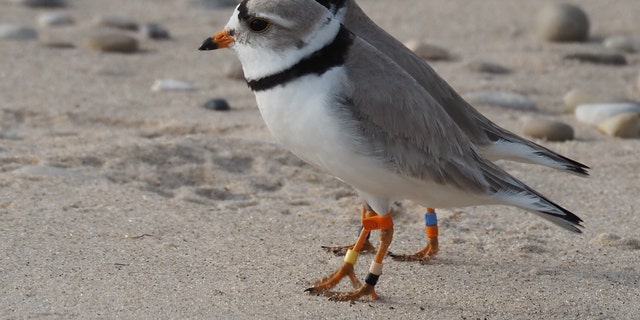 “Having a namesake Piping Plover on this new aircraft is an incredible honor and not only recognizes my efforts over a long career but all the people who have been part of the North American team protecting Piping Plovers,” Cuthbert said in a statement. “I applaud Frontier’s efforts to highlight endangered species by featuring them on their plane tails.”

Currently, Frontier’s plane tails feature 34 endangered animals, and you can check out the creatures here.

Planning a staycation to Somerset? 9 of the best hotels and restaurants to book