FUMING passengers have been left waiting in huge crowds at Heathrow Airport due to the new travel rules. 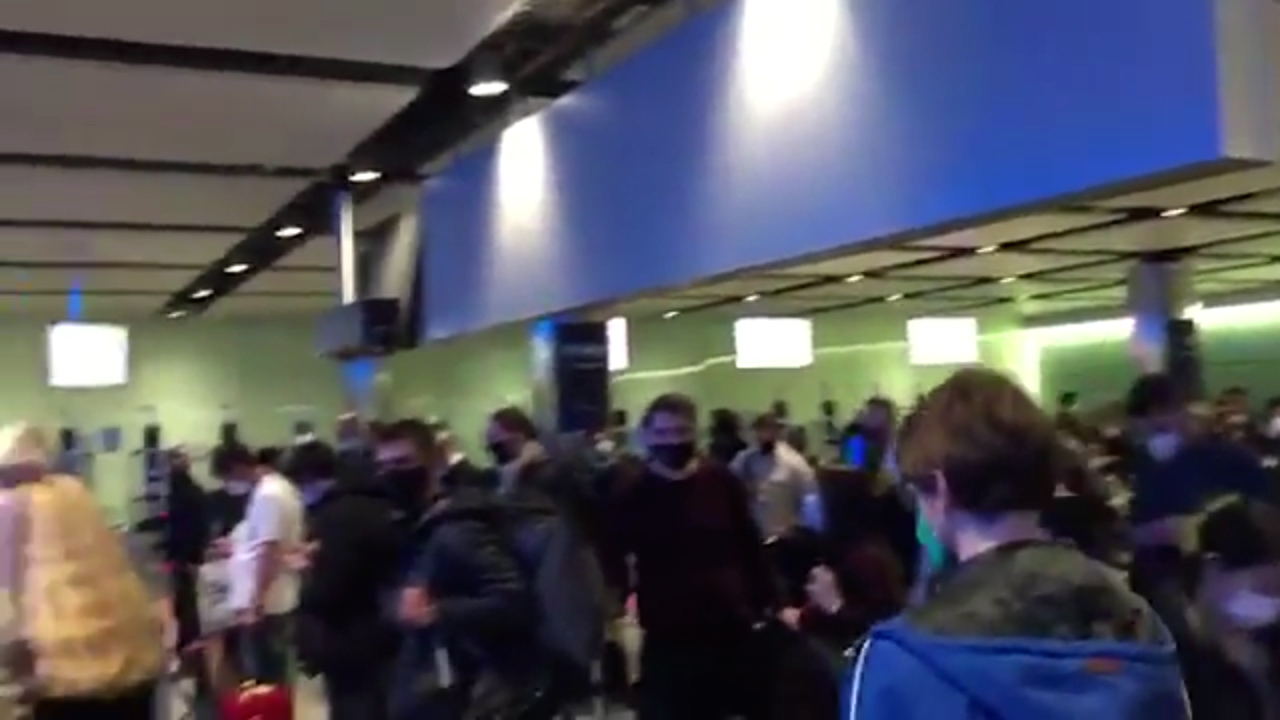 The government now enforces a negative Covid test on arrival, as well as a Passenger Locator Form.

It means passengers arriving in England by boat, train or plane – including UK nationals – will have to test negative up to 72 hours before leaving the country of departure.

However, this has resulted in long waits at the border as airport staff check the additional documents.

Some passengers claimed staff were forced to hand out water due to the conditions, although this then meant people removing their masks.

WHO development consultant Alvaro Garbayo, who was trying to travel through the airport, wrote on Twitter: "Border control at Heathrow a complete mess, a crowd queuing for more than one hour with not enough space to keep safe distance.

"Just making sure we all get infected before entering UK? Proactively pushing for herd immunity?

"And just to make it more likely they hand over water for free so people remove their masks. No special arrangements for people with children, people with disabilities, elders… and we get surprised with our numbers?" 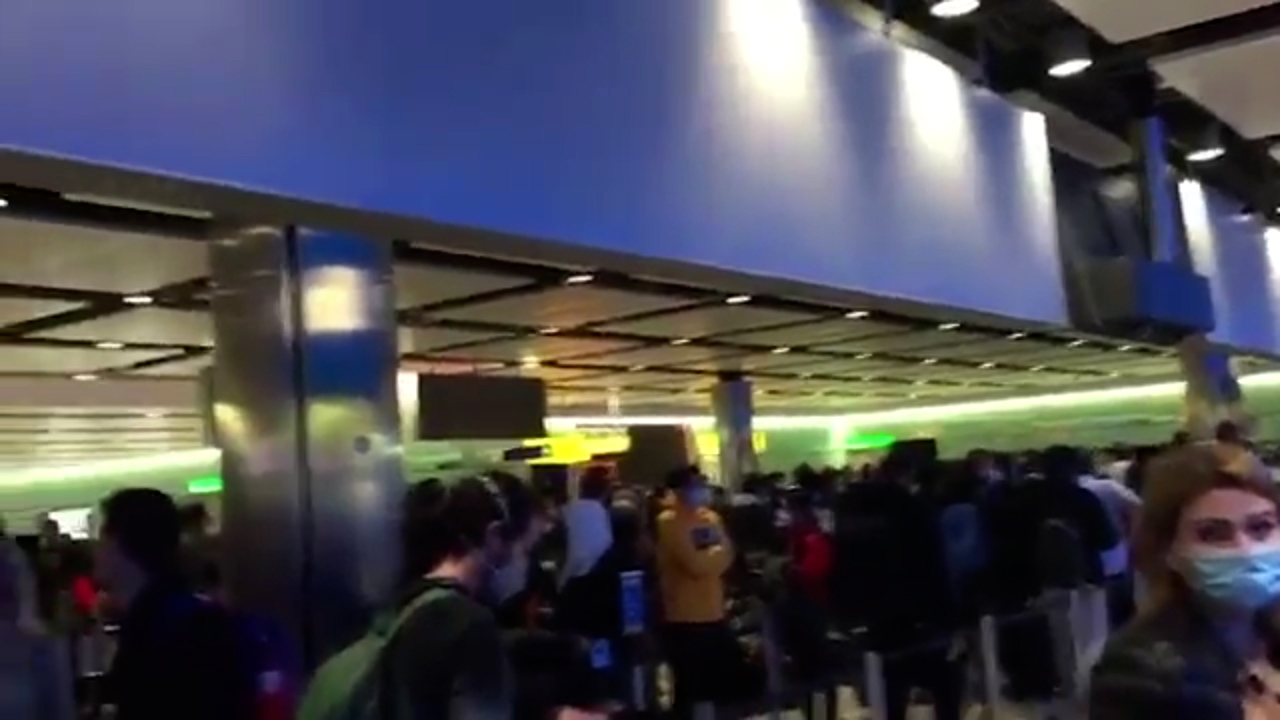 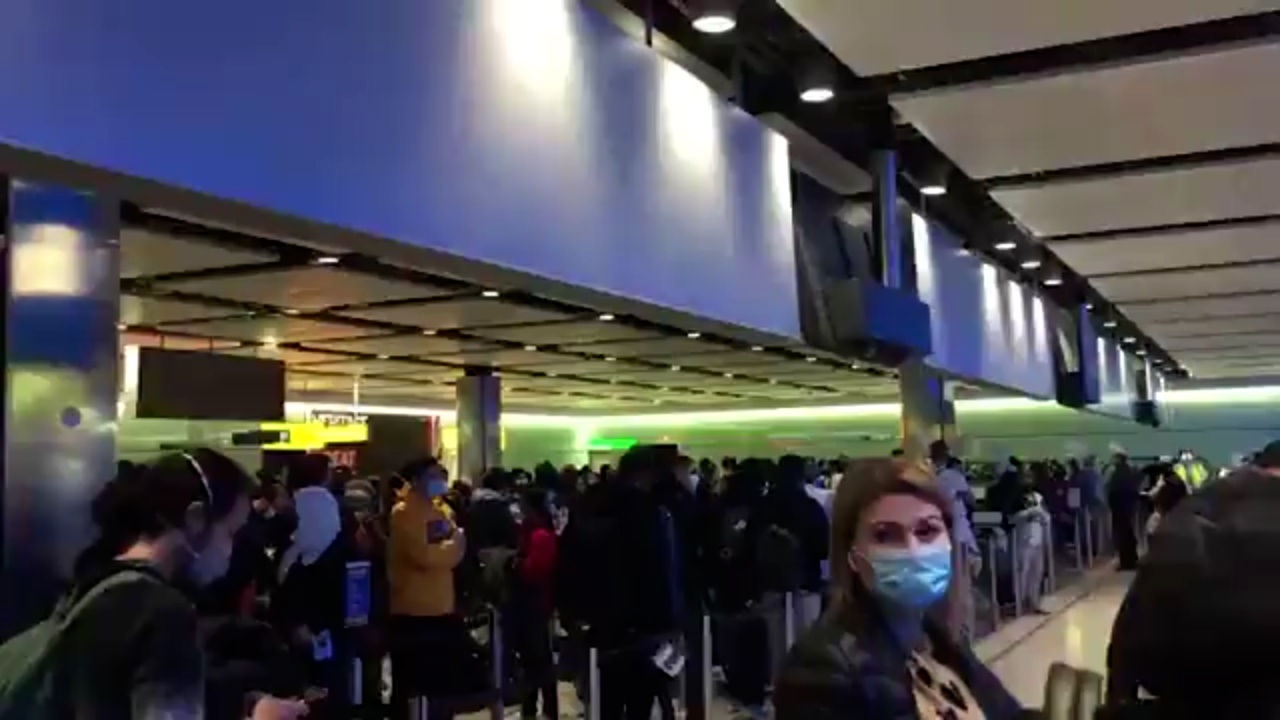 Traveller Libby Pannett, who returned from New Zealand, told Mail Online: "It was awful coming through Heathrow, the queues are horrific. There were probably 1,000 people in front of me because they aren't doing the fast track, they are not letting kids go through first either so there are all these screaming kids."

Earlier this week, some travellers were forced to queue for 90 minutes after landing today as staff checked both the negative coronavirus tests and Passenger Locator Forms.

One passenger said it was "chaotic," adding: "I just thought it could have been handled better."

Another person said: "Some people are not very happy with the wait. It was getting very hot in the immigration hall and they were giving out water."

The long queues were blamed on officials checking the details of each traveller’s Covid test, despite The Department for Transport recommending 'spot checks' for people flying into the UK.

Huge crowds were also spotted at the airport last week as desperate travellers attempted to leave the UK before the new rules were introduced.

AI, Fuming, huge, passengers, slam
You may also like: