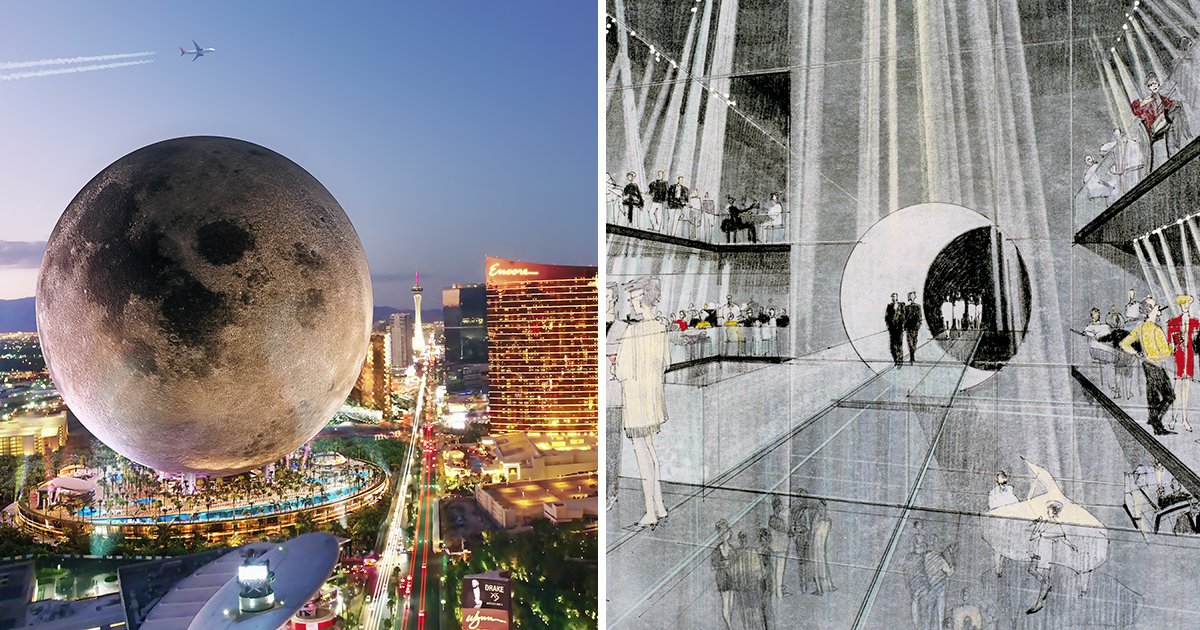 A trip to the moon, or at least something like it, could be about to get a lot shorter.

Rather than taking a 384,400km journey to the actual moon, you could hop on a much shorter flight to Las Vegas, where a massive moon-themed resort has been proposed.

The plans for the building include the likes of a spa, ‘crater café’, casino (naturally), lagoon, plenty of lounges and an event space big enough for 5,000 people.

There would also be a planetarium, venue for live performances, piano bar, shops, and a speedy ‘shuttle’ that will take you up to the ‘lunar colony’, which is said to be modelled after colonies ‘now under serious active planning by NASA, ESA and many others’, according to those at Moon World Resorts (MWR).

‘Without question, when guests venture onto the lunar surface, for the first time in their lives, they will believe they are on the Moon,’ MWR co-founder Michael Henderson told the MailOnline.

It’s estimated all this could take four years to build – that is if the plans go ahead.

As far as we know, the hotel still isn’t in production.

This also isn’t the first time the Moon has been proposed, nor the only location MWR have aimed to construct it on.

First proposed for Vegas in 2002, there was also talk in 2016 of it being built in Coachella Valley, California.

However, there were those who were unconvinced about the project.

‘If there was a word to supersede impossible, I’d use that,’ Aftab Dada, Hilton Palm Springs resorts chairman, was quoted saying in Desert Sun at the time.

Bob Rogers, founder of BRC Imagination Arts, which designs attractions, told Vice.com: ‘I don’t know how many kids these days have trouble going to sleep because they’re dreaming of going to the moon.’

Sun-starved Brits miss overseas travel so much they even can't wait to queue at airport security, survey reveals

Enjoy archery, live entertainment and treat yourself to a spa day at Nidd Hall

TUI cancels more flights and holidays to Spain, Morocco and Cyprus due to Covid