BRITS’ holiday plans have been thrown into chaos as they've been urged to stay away from “amber list” countries despite the Government ban on travel outside of the UK coming to an end.

Health Secretary Matt Hancock said that people should not travel to amber countries except for essential reasons and “certainly not” to countries such as Italy, France, Greece and Spain. 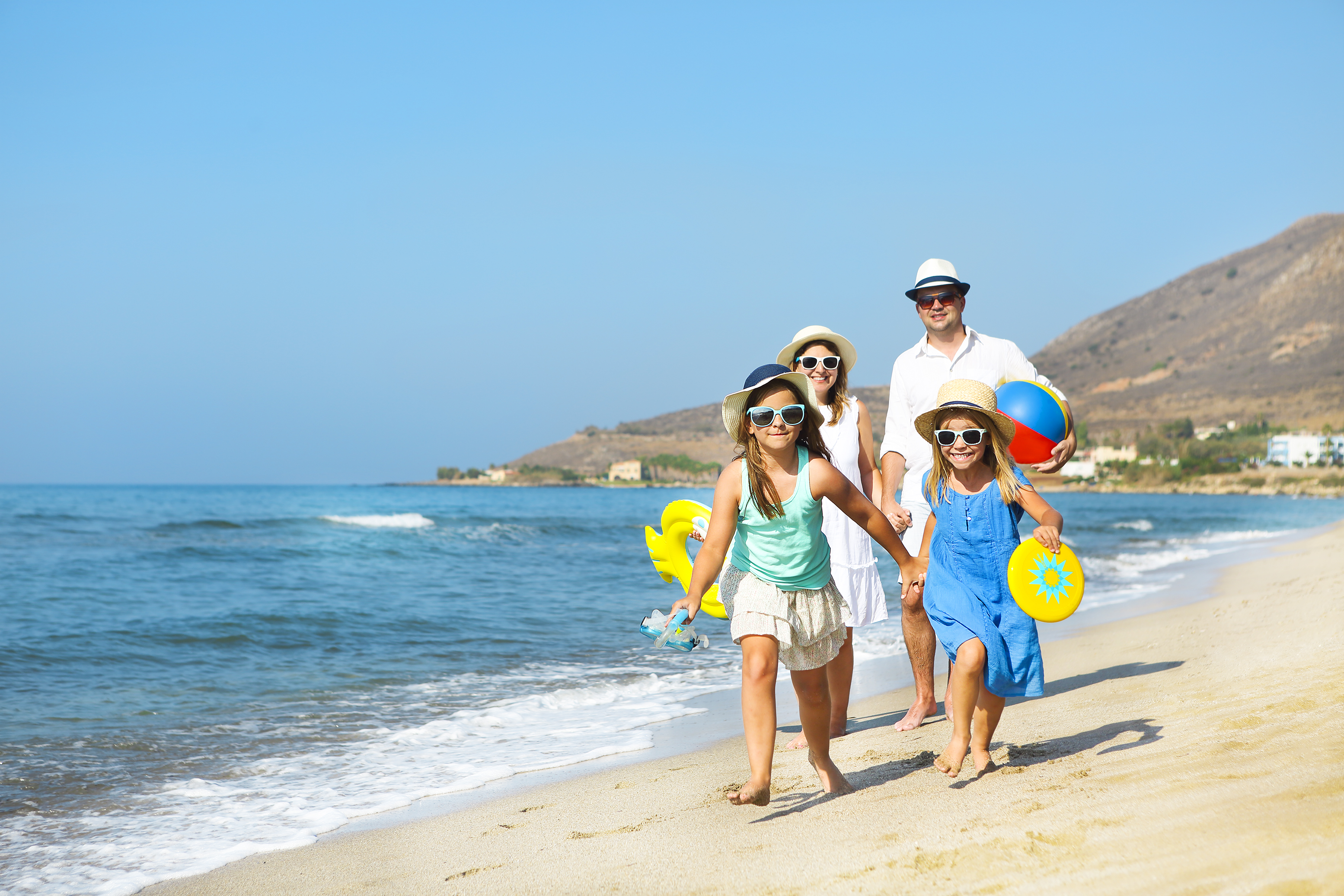 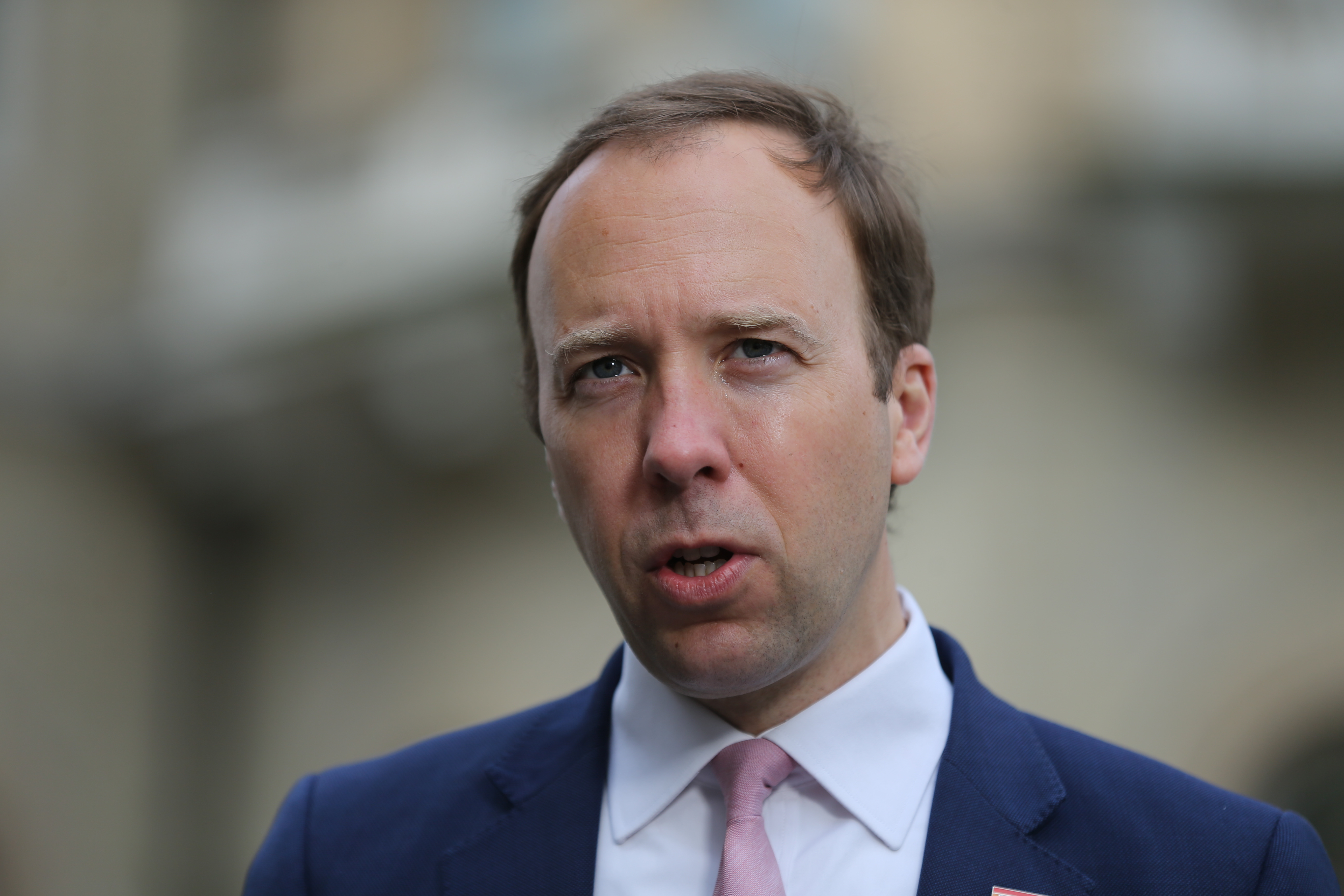 His comments were echoed by Sir John Bell, emeritus professor of medicine at Oxford University, and a member of the government’s vaccine taskforce, who said that parts of Europe were “largely unvaccinated” making them more vulnerable to the Indian variant of coronavirus.

"People just have to get used to the fact that Cornwall or Bournemouth is not so bad," he added.

Brits can travel abroad for the first time this year from Monday – but just twelve countries made it onto the “green list” which does not require quarantine on return.

Mr Hancock dashed hopes of a Spring break in the sun this morning, saying Brits should only travel to tourist hotspots such as Spain or Greece if “absolutely necessary”.

"People should not travel to amber or red list countries unless it’s absolutely necessary, and certainly not for holiday purposes," he told Times Radio.

“Our borders, testing [and] surveillance is the best in the world and it means that we can spot problems in other countries sometimes before they know they’ve got a problem themselves.

“So the green list is here for exactly this reason to provide for a safe way where we know that it’s okay and safe to go abroad.”

Boris Johnson admitted last week that the number of countries on the green list was unlikely to change amid concern over the spread of new variants.

And while Portugal has given the coveted green list status, holidaymakers have been warned to expect six-hour airport queues as around 3,000 sun-seeking Brits a say are due to fly to the country.

Brits have booked up trips to Portugal as it is one of the cheapest holiday options for families this summer, according to a new report. 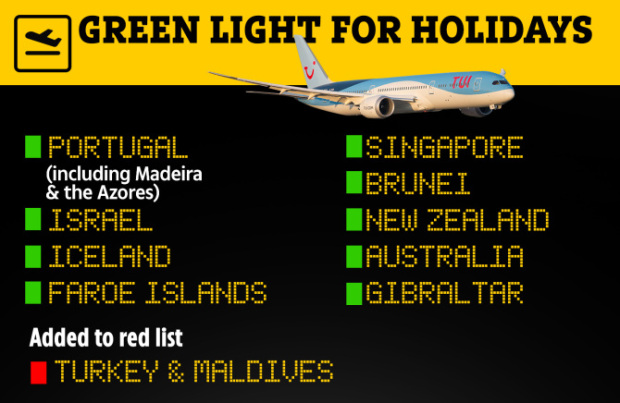 It was found to be the cheapest destination using the euro, with the Algarve coming out on top, the Post Office's Holiday Money Report revealed.

But as hopes fade of a holiday in some of Europe's top tourist hotspots, the regional government leader of the Canary Islands claimed it could be added to the UK’s green list “imminently”.

Spain is currently on the “amber list”, meaning holidaymakers must self-isolate at home on their return to the UK.

But politicians on the Canary islands, which all have a low infection rate, have heaped pressure on Boris Johnson to treat them differently from the rest of Spain.

Mr Torres said he hoped the Day of the Canary Islands on May 30, a public holiday in the region, could coincide with the return of Brit tourists.

He said: “The Canary Islands’ government is in permanent contact with the British authorities and the UK’s decision to treat regions separately from nations is something that will happen.

“It’s something that could occur imminently.”

Both the Canary and Balearic islands, which include the likes of Majorca and Ibiza, have been pushing British diplomats in Spain to get the UK to treat them separately from the Spanish mainland.

The Balearic Islands boasts one of the lowest transmission rates in the whole of Spain, with a seven-day average of 44 cases per 100,000 as of May 10.

And the Canary Islands is also one of the best-faring regions in a national comparison of transmission rates per 100,000 inhabitants – with 83 compared to Madrid’s 245 or the Basque Country’s 334.

Both the Canary and Balearic islands have retained control over their ports and airports for national travellers after Spain's six-month state of alarm ended last weekend.

Anyone travelling from Madrid to Majorca must still have a negative PCR test.

Germany, Holland and Denmark have also announced they will allow citizens to travel to the Canary Islands without the need to self-isolate when they return.

Meanwhile, the Italian government announced today that British visitors would not need to quarantine for five days on arrival in a bid to kickstart the tourism industry.

as, chaos, Hancock, holiday, Matt
You may also like: