GOOD and bad news: Prices in the best-value holiday hotspots are even lower this year but you cannot visit them – for now.

Turkey and Bulgaria — the two best-value destinations — are as much as 25 per cent less expensive than in previous years, a new report reveals today. 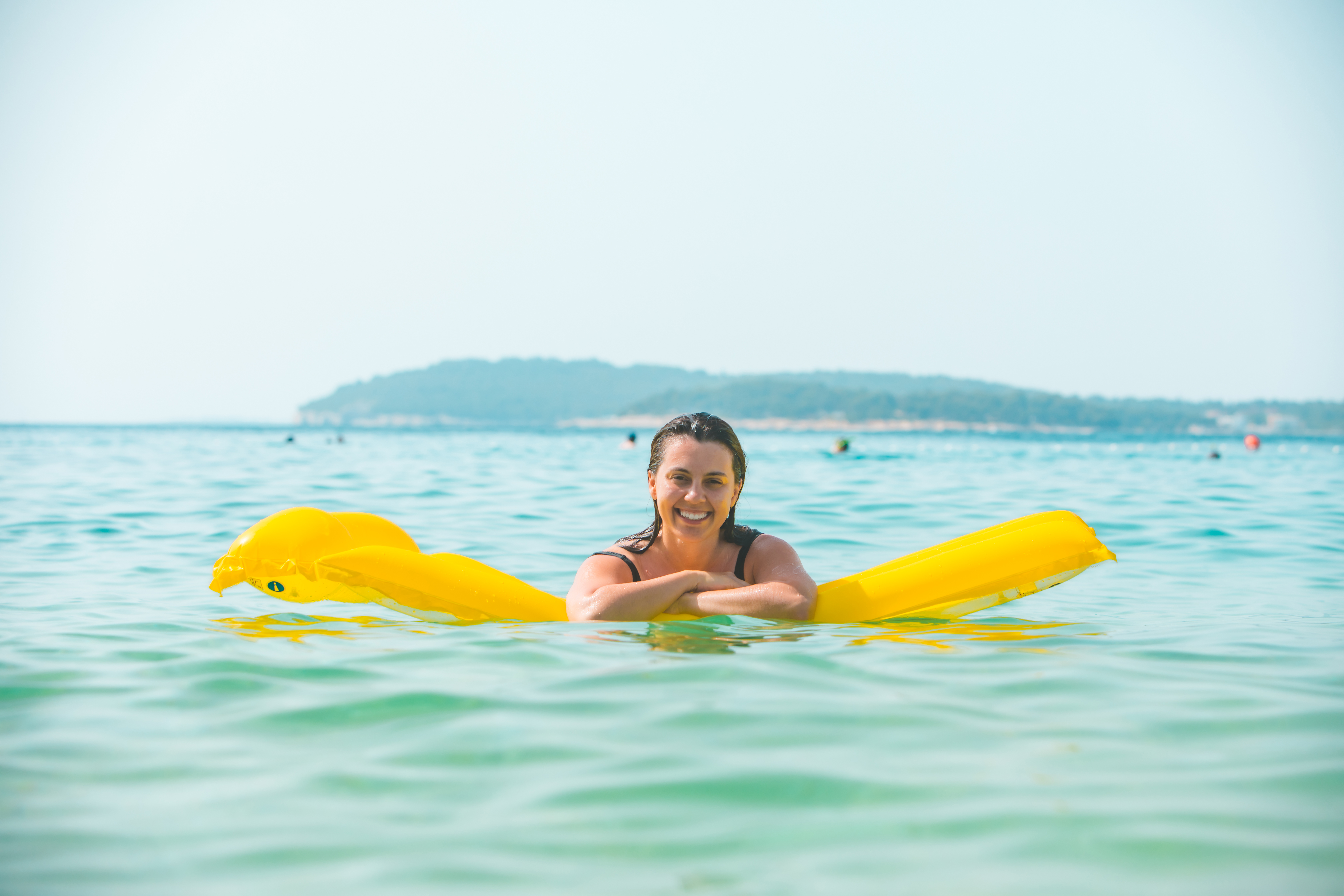 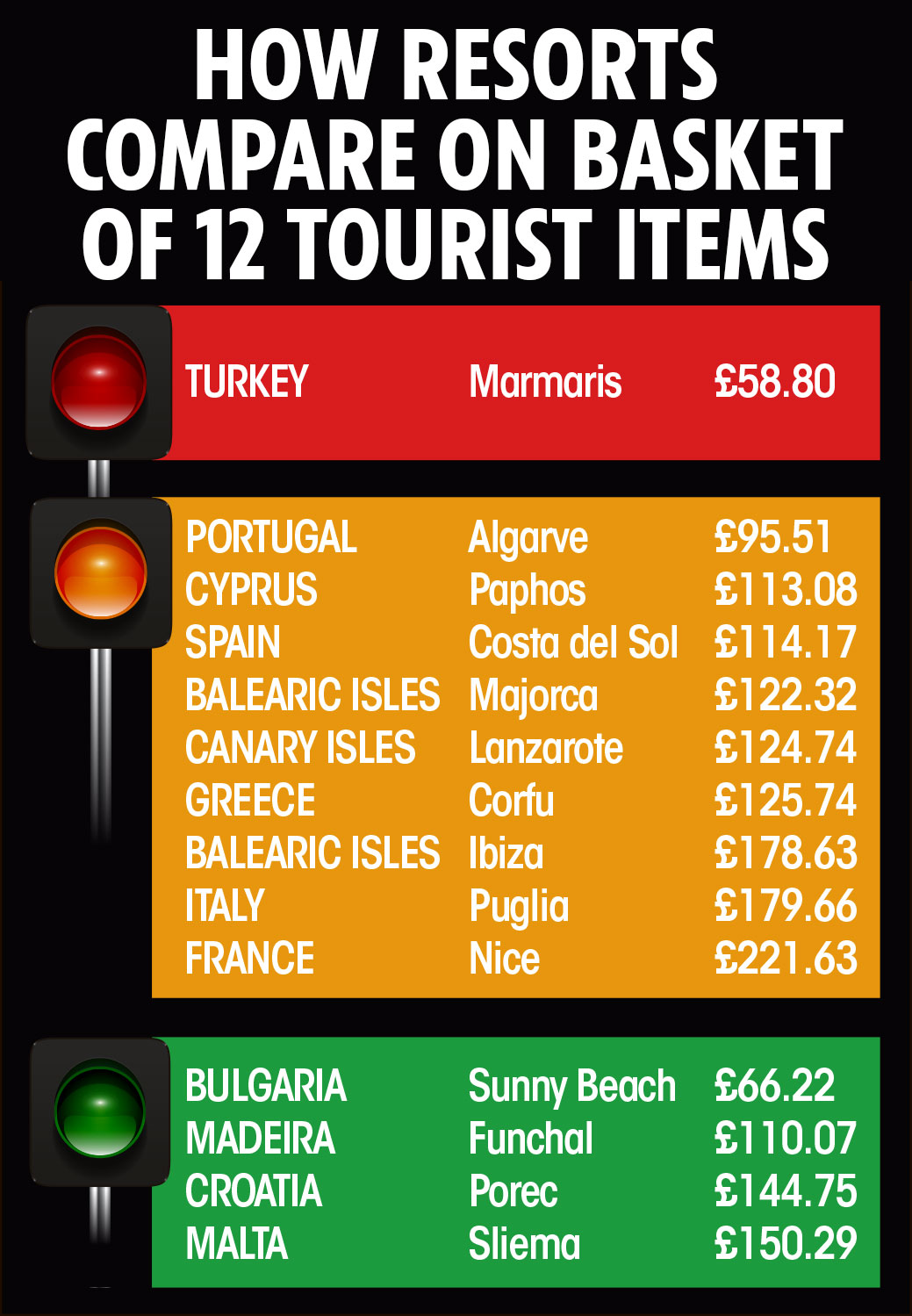 The problem is, Turkey is on the UK’s travel red list and Bulgaria, despite being on our green list, recently banned Brits from entering.

But would-be trippers are still snapping up holidays and currency for the two hotspots in the hope rules may change sooner rather than later.

And there is more good news — while green and amber destinations are not as easy on the wallet, there are still bargains to be had.

Prices are down in over half the European resorts surveyed for the Post Office Beach Barometer of 12 family items, and sterling’s rise against European currencies means holiday cash should now stretch a bit further.

But hopeful holidaymakers still making up their minds where to visit should watch out because prices in eurozone resorts vary by as much as 132 per cent.

The same items cost £126 less in the Algarve than in Nice — most expensive in the survey.

This means families could shave hundreds of pounds off resort spend-ing if they choose care-fully where to holiday.

Portugal’s Algarve is cheapest in the eurozone for the baro-meter basket, at £95.51, for spending including a family meal, drinks, suncream, insect repellent and beach items ranging from buckets and spades, lilos and ice creams to mask-and-snorkel sets and pedalo rides. Prices are down 1.5 per cent on 2019 levels.

Another Portuguese favourite, Madeira, is second cheapest in the eurozone at £110.07. It is one of four destinations surveyed by the Post Office which currently sit on the UK’s green list.

Also on that green list is Croatia and tour operators are reporting a big surge in last-minute bookings.

Despite that, Croatia has been growing in popularity over the past decade and could be a big draw, despite being a bit pricey.

That is because a quarter of families surveyed by the Post Office said they have more to spend on holidays after making lockdown savings. The biggest fall in costs across 11 eurozone destinations surveyed is in amber-listed Cyprus.

Although the Spanish favourite has fallen to sixth on the barometer, it is the cheapest of four Spanish destinations surveyed.

The lowest prices are not in eurozone destinations but in Turkey and Bulgaria, which are the best bets for bargain-hunters at a third of the cost of most eurozone resorts.

Turkey may still be on the UK’s red list but a continuing slump in the value of the Turkish lira against sterling has made this one of Post Office Travel Money’s strongest best-sellers in recent months, indicating that Britons are keen to travel to the country when this becomes possible.

The lira’s weakness made Turkey easily the cheapest of 14 destinations surveyed for the Beach Barometer.

Prices in runner-up resort Sunny Beach, Bulgaria were down significantly but the 16.5 per cent fall to £66.22 was due to a mix of the stronger pound and lower resort costs.

Prices for meals and drinks were the lowest across Europe but the high cost of a water ride in Sunny Beach — £16.29 compared with £7.31 in Marmaris — helped the Turkish resort to clinch top spot.

Although Bulgaria’s new green list status would have made it a popular choice, holidaymakers will have to wait for the Bulgarian government to lift its ban on UK visitors.

Nick Boden, Head of Post Office Travel Money, which accounts for one in four UK foreign exchange transactions, said: “After such a long wait, it is understandable that families want to head off to European beach resorts for a bit of summer sun.

“But the big variations we found between costs in Euro-pean resorts mean it will pay dividends to do some homework before leaving home, and to get a realistic view of the holiday cash needed in the resorts they are considering.”