Follow
Home » Travel » Huge new theme park to be built on an OIL RIG with rollercoasters, submarine rides and hotels

A HUGE new theme park is being built in the Middle East – on an oil rig.

The project, called The Rig, will be spread over a whopping 1.6 million sqft in Saudi Arabia with the floating theme park to have rollercoasters, swimming pools and hotels. 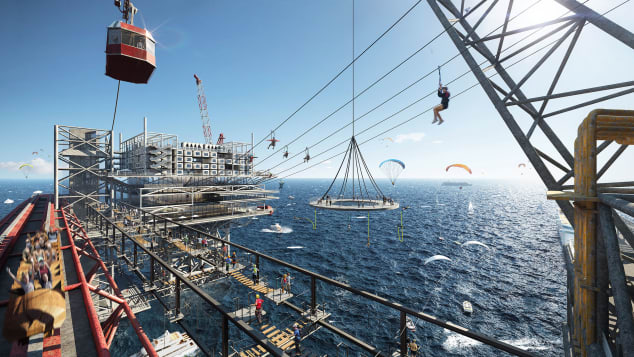 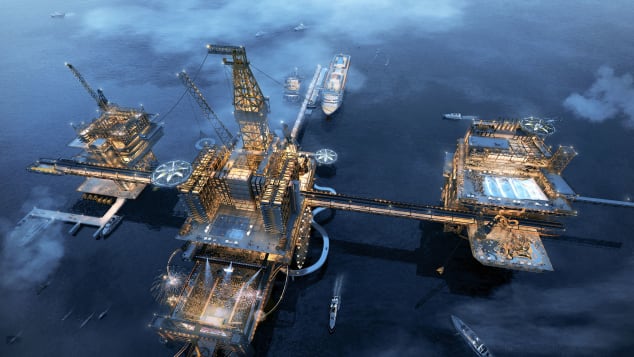 There will also be restaurants on the floating platform, one of which will be underwater, along with a concert venue and a Ferris Wheel overhanging the water.

Adventure sports including go-karting, zip-lining and bungee jumping will be included as well as water sports such as jet skiing and even submarine rides.

Videos show some of the rides and water slides hanging over the edge of the platform too, with guests hurtling over the sea.

Guests will access The Rig either by cruise ship or by helicopter, while gondolas will run between the platforms.

According to the theme park's statement, it will "provide a multitude of hospitality offerings, adventures, and aquatic sporting experiences".

It will also be the "world's first tourism destination inspired by offshore oil platforms".

There is no official date as to when it opens, but hopes to attract 100 million tourists each year by the end of 2030.

The plans for The Rig comes just months after Six Flags announced new plans for their theme park in Saudia Arabia with the fastest rollercoaster in the world.

Six Flags Qiddiya, as part of a new city being built outside the capital, hopes to open by 2023.

Other new attractions recently announced include a £300m resort and event space in Blackpool and a huge new £250m indoor water park and spa im Manchester.

And the 'UK Disneyland' is to finally start building next year, with hopes to open the first stage by 2024. 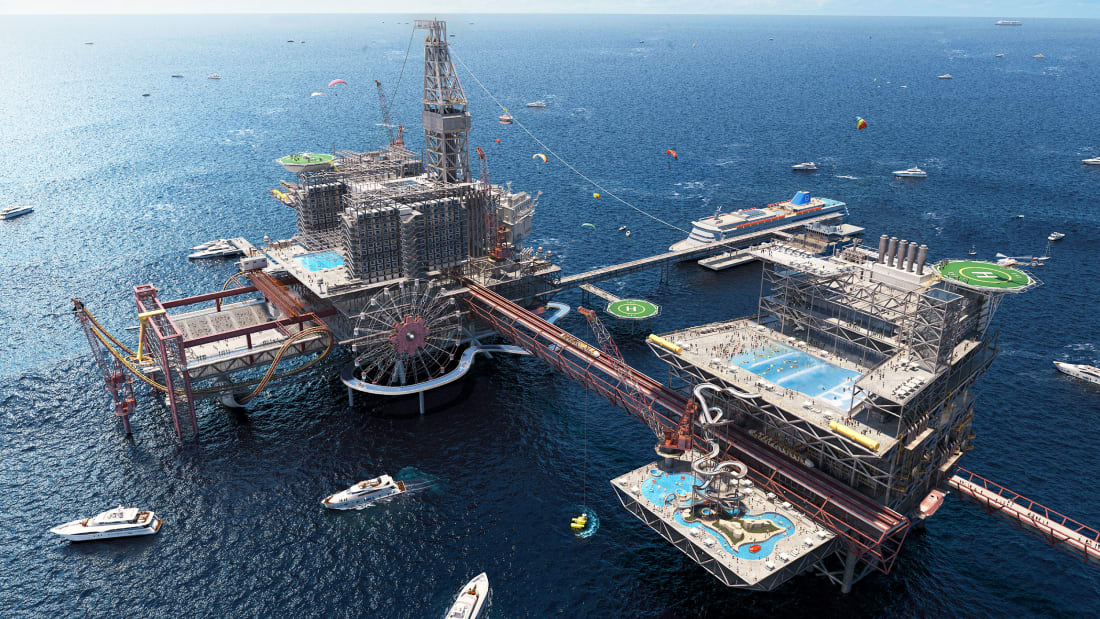 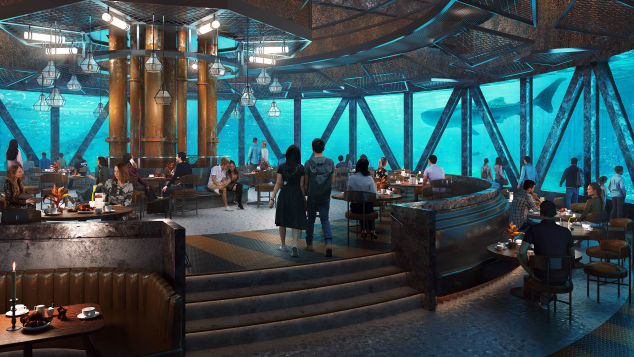 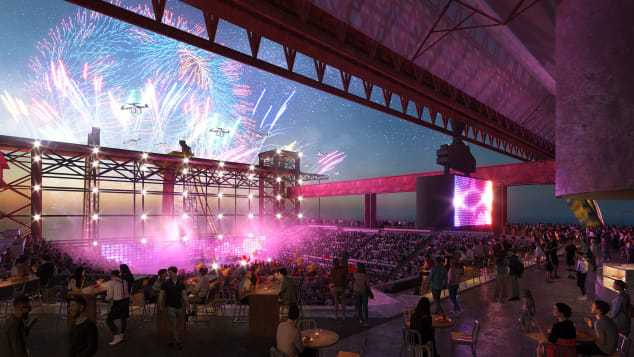