‘I feel really patriotic’: Expats share how they're grieving the Queen from afar 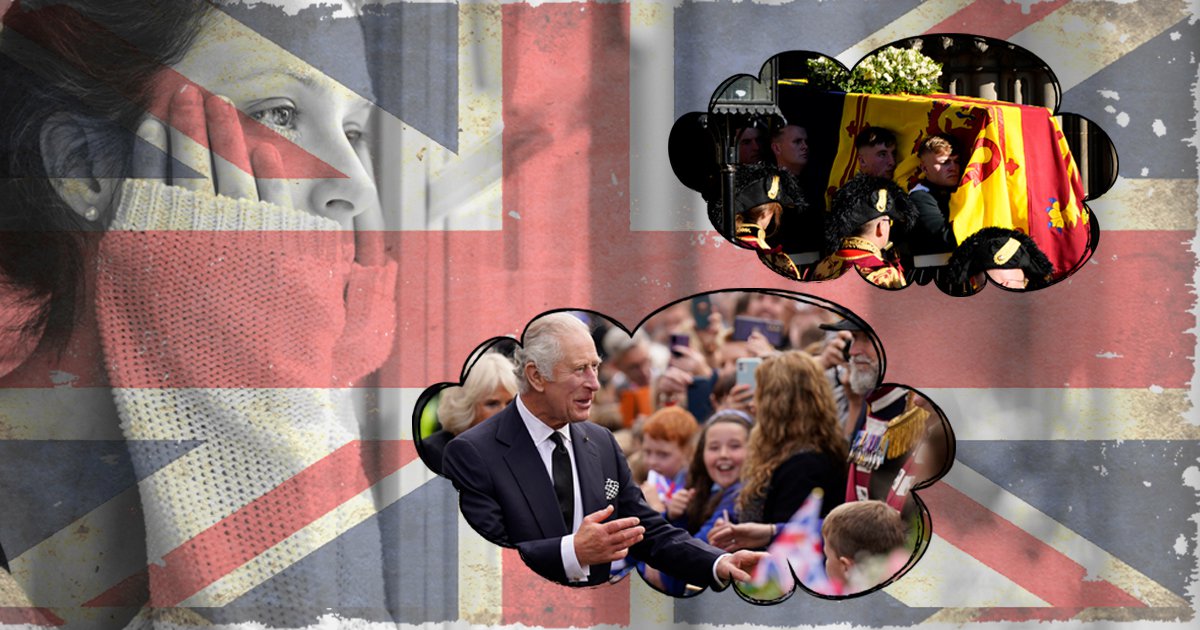 From Paddington bears in Green Park to queueing for hours to see her lying in state, mourners here in the UK have been given a unique opportunity to pay their final respects to the Queen, culminating with her state funeral on Monday.

With a 10-day period of national mourning, sports fixtures have been cancelled, somber music is played on the radio, and a bank holiday has been declared on the day of her funeral.

But for Brits living and working abroad, they’ve had to find their own ways to adjust to the news.

Aisha Deeb, 30, works in marketing in Dubai, UAE. The country recognised a three-day mourning period in honour of the Queen, and the monarch’s image, along with the Union Jack, was projected onto Dubai’s Burj Khalifa, the tallest skyscraper in the world.

Aisha tells Metro.co.uk: ‘Dubai is home to almost 9 million expats so there’s a strong community of people here that have love and respect for the Queen and what she represented.

‘It’s really hard being away from home – especially from older family members who I know will be particularly struggling with the news – but I’ve definitely been leaning on other people who I know are feeling the same way as me.’

Aisha also says her experience has been a reminder of just how important the Queen was to so many.

She says: ‘I’ve spent almost my whole life away from home, but from the moment I heard the Queen was unwell I felt really emotional, and I’ve been that way ever since. I think for many expats who had the Queen as their head of state, she was a connection to our home countries.’

But Aisha’s experience has also been a reminder of how relationships can withstand distance, saying it has been ‘deeply emotional’ to witness ‘the outpouring of grief from people all over the world’.

Aisha adds: ‘It’s proven to me that no matter how physically far away you might be from people you care about, the distance doesn’t really matter – you can still keep those connections.’

Rebecca Greenow, 35, is a UK-born journalist living in Auckland, New Zealand. She was also shocked to hear the news of the Queen’s passing.

Rebecca explains: ‘It was the early hours of the morning here when the news broke. I woke up to a BBC alert on my phone, and immediately started streaming the British news online.

‘I used to live in London – I’d often walk or drive past Buckingham Palace. If I was there, I’d probably go to the palace and lay some flowers.

‘Being so far away has left me feeling a little homesick. I don’t know many Brits out here, so I feel a bit disconnected. I’ll also probably have to sleep through most of the funeral, as it’ll start at 10pm here.’

Despite this, Rebecca says she’s also been left with a sense of pride: The Queen was also New Zealand’s head of state, and a big sense of loss has been felt across the country.

Rebecca says: ‘Flags were lowered to half mast, and the prime minister, Jacinda Arden gave a really moving speech to the parliament after the Queen’s death.

‘The news has also dominated the media coverage too. It’s made me feel really patriotic to see such big gestures being made.’

According to psychologist Emma Kenny, distance doesn’t necessarily have to be a barrier to coping with grief.

She tells Metro.co.uk: ‘The great thing about the modern world is that you can feel part of something when you are remote – as much as you can when you’re present – and I think people got used to this during the pandemic. It’s easy to reach out to loved ones who share your grief.

‘One of the most important things to acknowledge is that whenever there is a really profound grief experience around us, it opens the wounds we feel for our own losses.

‘So if you feel quite strange, or like you’ve lost a member of your family, it’s not unusual, it’s because you’ve connected with your own grief. Just take heed in the knowledge that you will move through it.’

Emma says rituals are a positive way to honour a loss, too, adding: ‘Come together with your community – eat together, share memories, you might even like to scrapbook with your kids.

‘Take time to honour the Queen in your own special ways.’