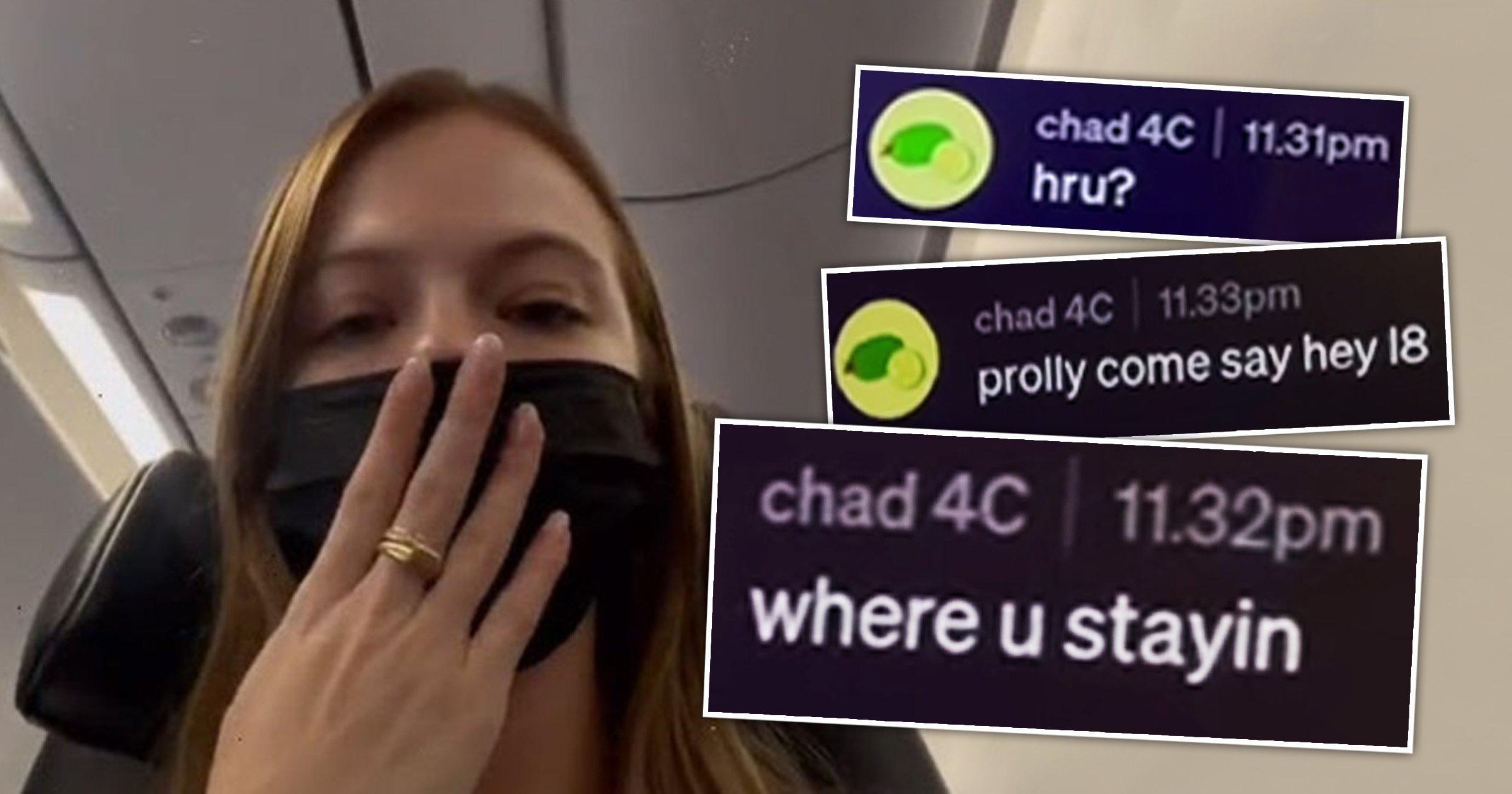 A woman has told how, on a recent flight to New Zealand, she received inappropriate messages from a ‘creepy’ passenger also on board.

Georgia-May Davis, who lives in Sydney, was an on a plane with an in-flight chat function on her way to Queenstown for a ski trip.

While looking at the entertainment screen, she saw a message appear from someone named ‘Chad’ in seat 4C, towards the front of the plane.

First he asked how she was, to which she replied ‘lol good’.

However, soon she claims he began asking where she was staying once they landed, adding ‘I’m tryna hit’, suggesting sex.

In a TikTok about the incident, Georgia-May explained that Chad even asked her to come to his seat so they could chat more, but she blocked him, finding this incredibly odd and invasive.

After sharing her experience, the actress was met with comments from people who were also shocked at his behaviour – and that passengers could even message each other during the flight.

‘I didn’t even know this was a thing,’ one person wrote.

‘He wanted to access the Mile High Club,’ another added.

Strangely, Georgia-May then got a message from an ex, also named Chad, who believed the video was about him (despite not having been on the plane).

He wrote: ‘Hey! Been a minute… Saw your TikTok! I know it’s about me. Please delete. It’s not funny Georgia-May.’

She responded: ‘Hey, two years to be exact. There’s more than one Chad lol.’

The actress wrote in the comments section of her second video: ‘For context: once the seat chat Tiktok with a random Chad on the plane went viral, my ex BF Chad messaged me after two years of not speaking.’

Plane Chad remains unidentified, while Ex Chad is owning up to things he didn’t even do. Not a great day for Chads, all told.