IF you're looking for a sssensational break in a place that you can soak up the serenity while slithering around, this luxury AirBnB could be for you.

The lavish property has challenged conventional architecture by taking the structure of a snake and fashioning it into a stunning home. 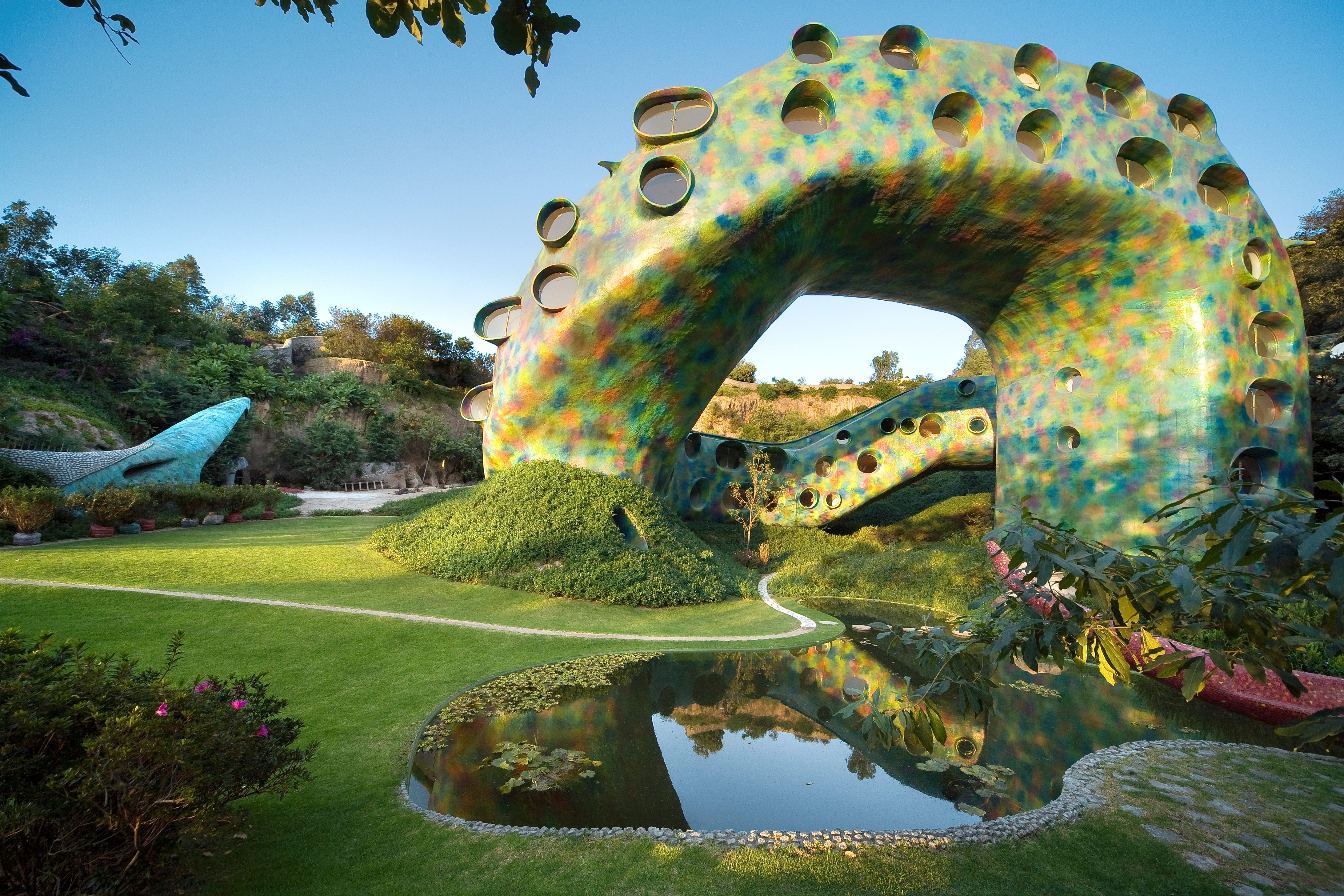 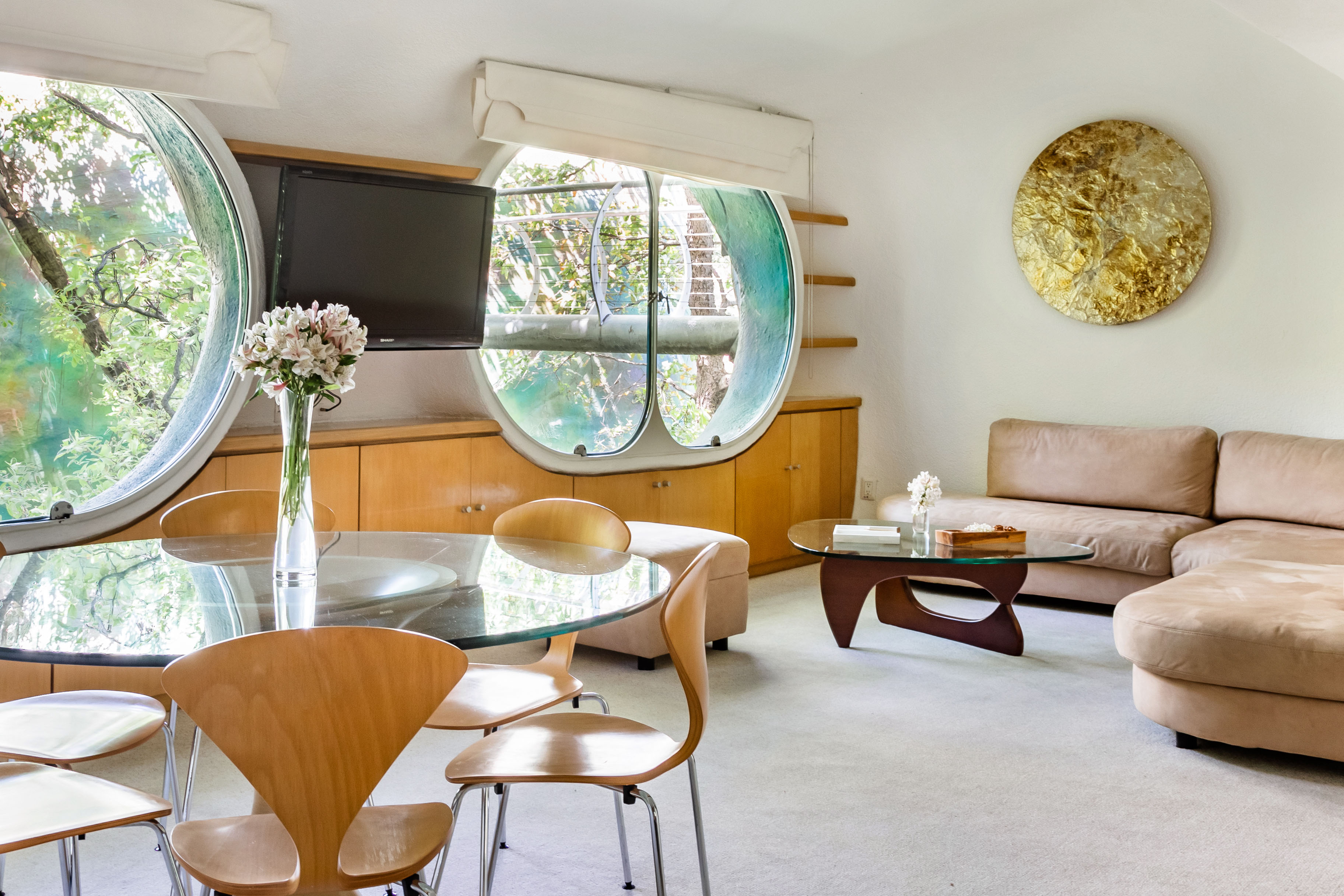 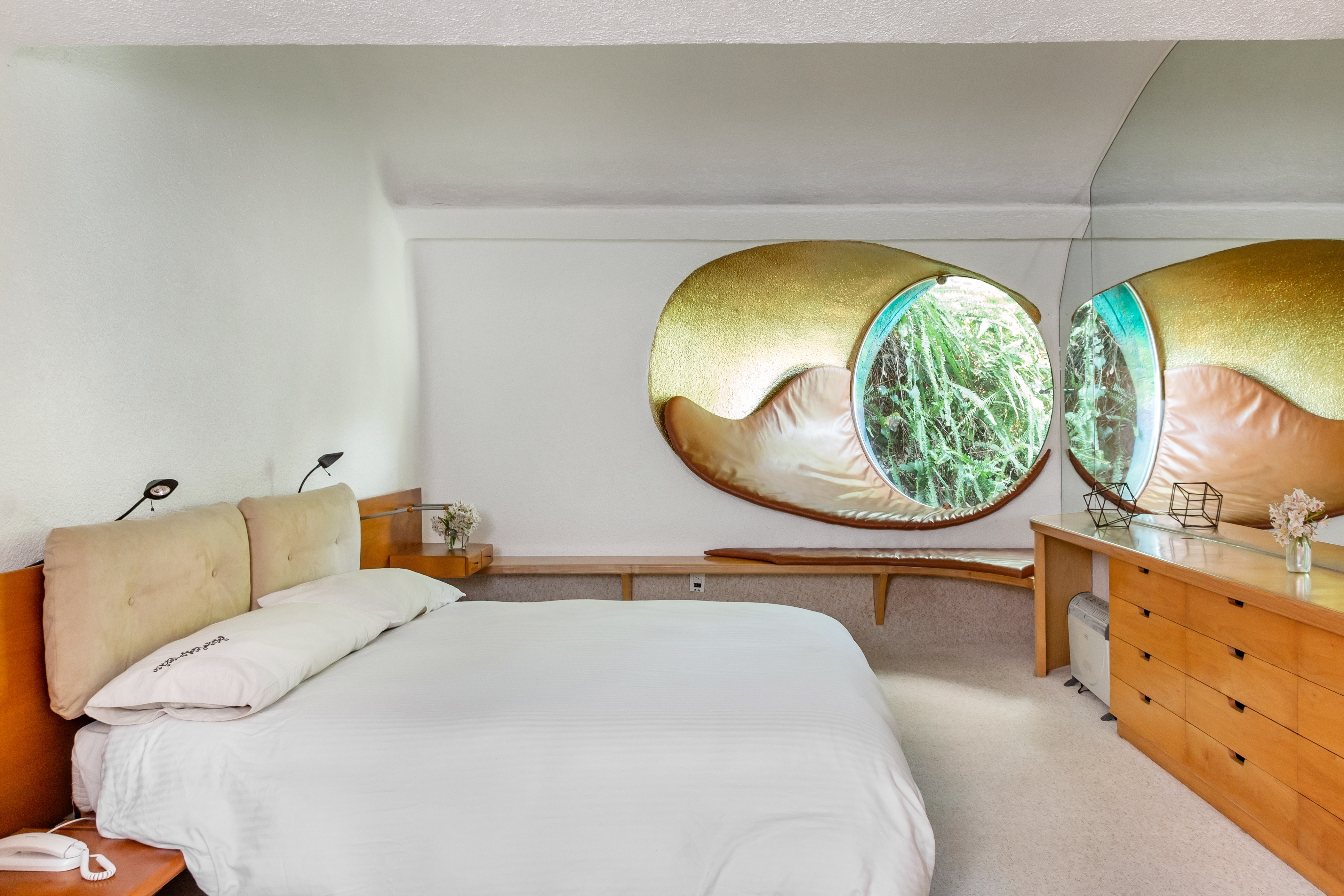 Quetzalcoatl's Nest – which lends its name from the feathered Aztec serpent god, Quetzalcoatl – is set over 40 acres and was impressively built around a 19ftnatural cave.

The extravagant sculpture slash holiday home is lined with blue and gold jewels to imitateQuetzalcoatl's feathers and the intricate skin of our slithery friends.

The striking home was designed by Mexican architect Javier Senosiain and offers a truly memorable stay.

In keeping with the serpent theme, the colourful property has no doors to separate its majestic curves and is instead connected by an array of winding tunnels.

Those brave enough can even climb a staircase to enter the home via the snakes mouth, while taking in the unbelievable views of the surrounding forest.

Describing itself as a "paradise in the city" in the municipality of Naucalpan de Juárez, guests can unwind in the silence of the woods while getting up close and personal with nature.

Enjoying some tranquil respite from the hustle and bustle of everyday life doesn't come cheap though – as it will set you back $409 a night.

But to soften the blow, the snake-inspired property also boasts botanical gardens, caves of minerals and several lakes to explore – if you somehow get bored of sleeping inside the belly of the beast.

It can cater for up to 10 people and includes five bedrooms, a fully equipped kitchen, a dining area and large bathrooms among the extensive amenities.

It was completed by Senosiain, who is renowned for his "organic" designs, in 2007 after six years of construction.

And his eye-catching structure has gone down a hit with guests, as owner Patricia is used to hearing "wows" "ooohs" and "ooh la las" from residents.

The snake's physique remains a focal point throughout the home, with large round windows also following a curve to resemble the slithering reptiles.

The imposing snake sits amongst a sea of tropical plants, a small pond and an indoor garden area, which guests can roam around.

The listing explains: "This place is perfect for anyone who loves nature, silence, woods, architecture, and someone who wants to recover in its capacity to amaze.

"It has a park with botanical gardens, a cave of minerals and lakes to go around. It is a perfect place for small groups on retreats, to write, to meditate, for yoga, for walking, for a nice rest."

One overwhelmed guest praised the quirky property as a "dreamland" and said her stay was a "once in a lifetime experience".

She wrote: "This place surpasses all expectations. It felt so special being able to stay in a place like this and experience a part of someone's wildest imagination."

Another described it as "electrifying and equally the most calming of spaces".

Impressed guests have left a string of raving reviews as well as a 4.93 rating cleanliness, location and value for money.

We've also rounded up some of the weirdest places you can rent on Airbnb, including converted planes, dog-shaped hotels and a seashell house. 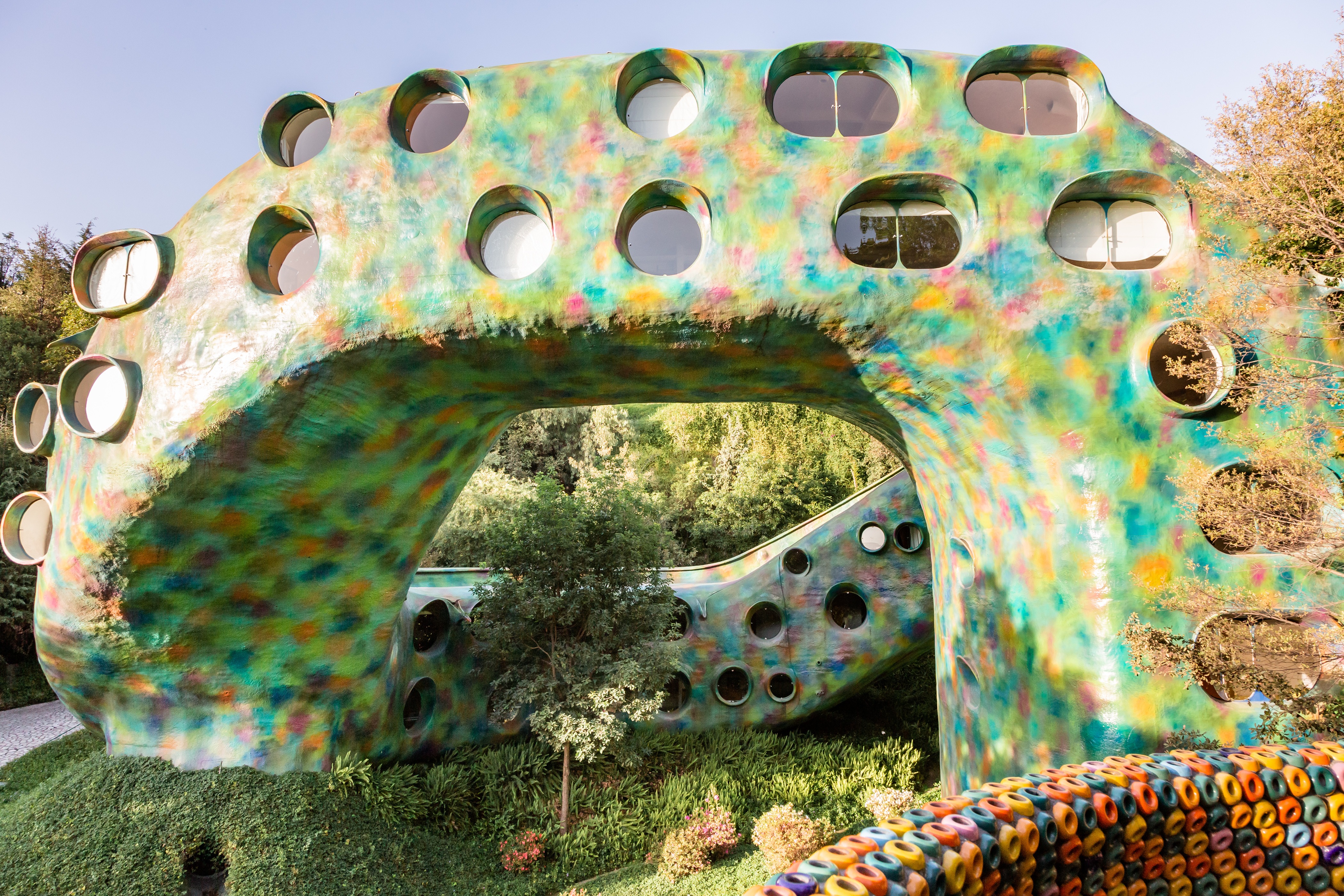 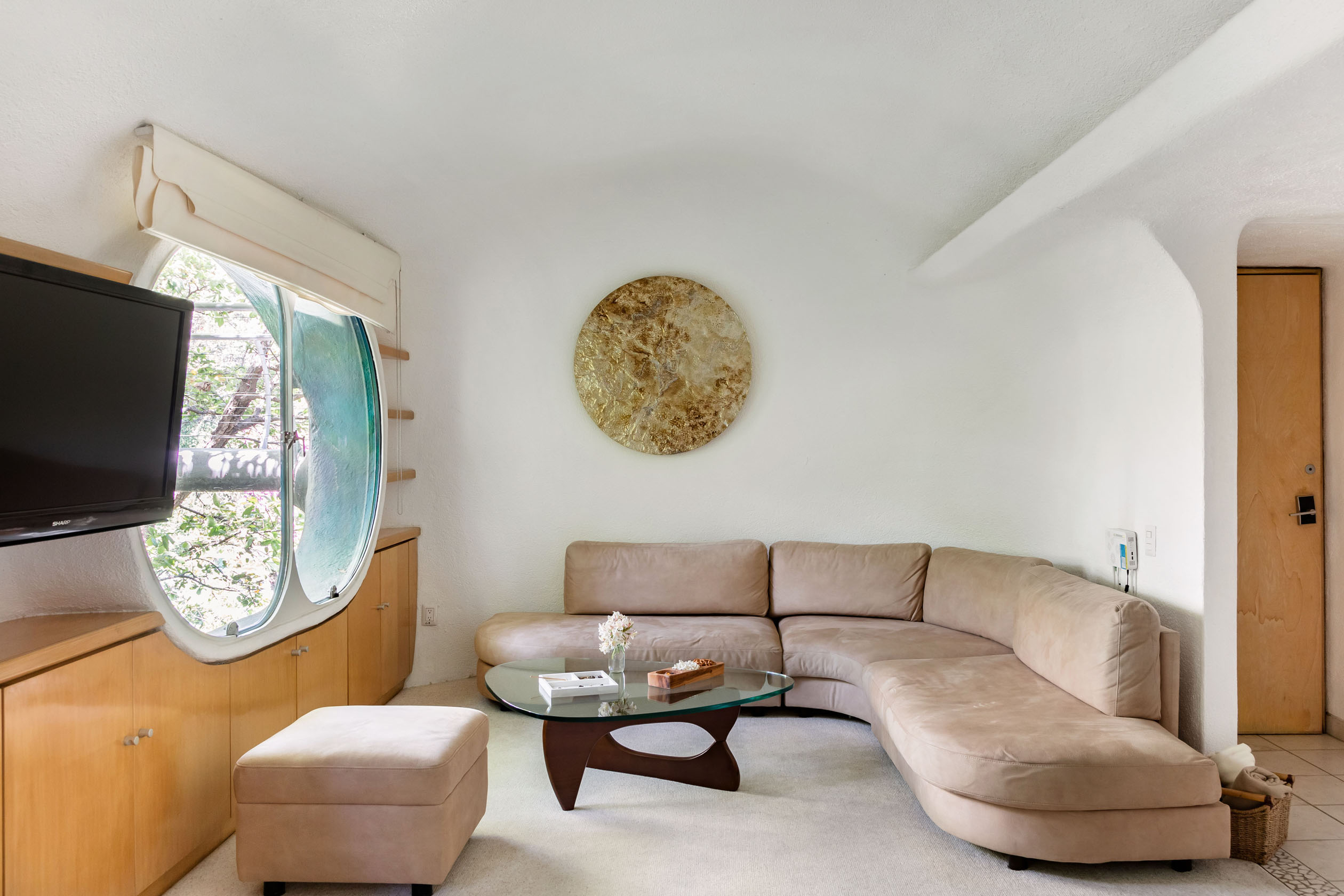