Inside La Nucia Palms, the chic hotel that's a haven from Benidorm 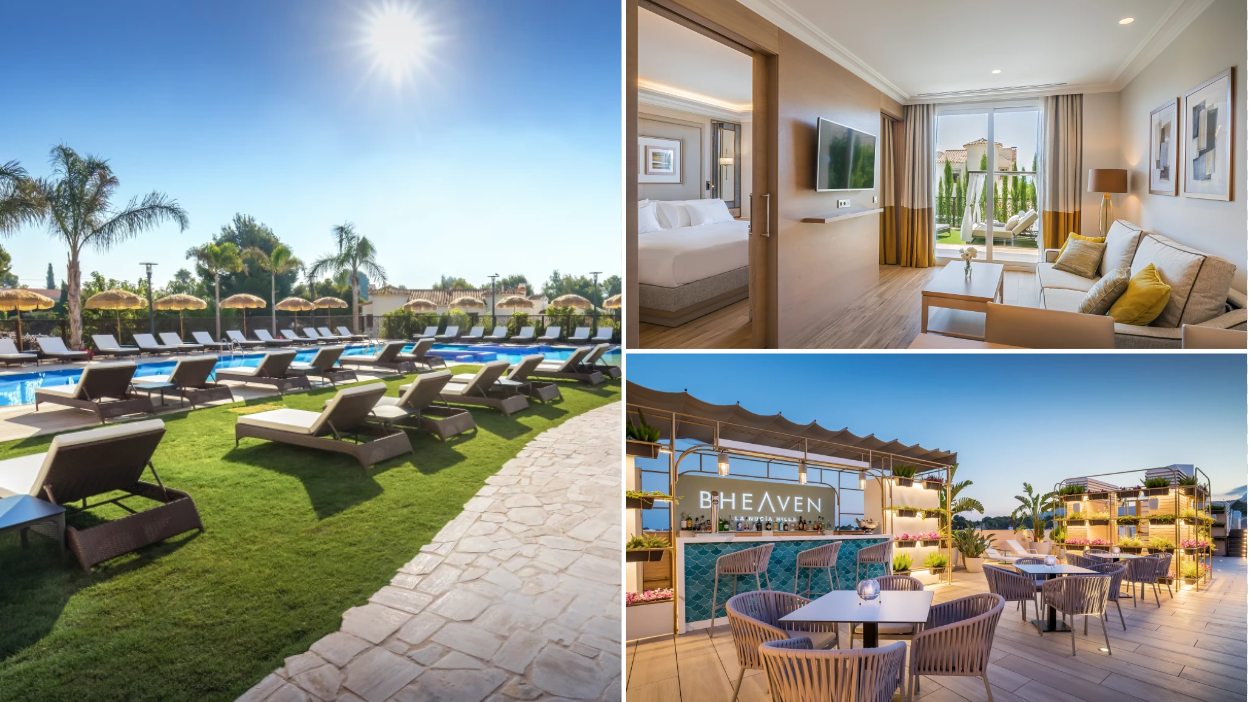 The taxi whisking me from Alicante airport to my hotel goes via a motorway that skirts somewhere familiar to, and possibly feared by, many Brits: Benidorm.

Its concrete skyscrapers loom in the distance, and I swear I can hear the faint beats of disco, but my destination, the tiny town of La Nucía, is devoid of such delights.

Still, it’s good to know The Strip is just a ten-minute drive away should I need it – though on checking into Barceló’s recently opened hotel, La Nucía Palms, I don’t see myself straying very far.

The stylish lobby, all teal-coloured furnishings, blond wood and burnished brass light fittings, leads on to a maze of stairways and corridors but also out to two rather sexy pools – one is rounded – that are perfect for lounging by.

One is called La Nina, the other La Pinta, after the ships belonging to Christopher Columbus.

There’s obviously a bit of a theme here because one of the two restaurants shares another ship’s name, Santa Maria.

Add in a hip rooftop bar, B-Heaven – a riot of striped fabrics, beanbags and 360-degree views – plus an on-site spa with a Turkish bath, sauna, steam room and studio space, and I’m in chic Spanish heaven (sorry, Benidorm).

Most rooms look out on to either one of the pools or the lovely, landscaped gardens the hotel is set among, so there’s nothing to worry about on the view-from-the-window front.

There are 148 rooms but it still manages to feel boutique. Contemporary lighting hangs from the ceiling, pops of colour issue from the furniture (well, the headboards) but, most importantly, the shower has some pleasing oomph.

There’s a smattering of families and some couples looking for somewhere a little quieter, as well as some hardy types up for hiking the nearby national park – Parc Natural de la Serra Gelada.

The charming coastal village of Altea, which has been voted one of Spain’s prettiest, is a short drive away.

This is where to stock up on clothes, jewellery and homeware as its cobbled streets are full of cute little shops.

And don’t miss Guadalest, a romantic little village perched on a rocky outcrop overshadowed by a medieval castle. The views are jaw-dropping.

Barceló La Nucía Palms rooms from £75pn. London to Alicante flights from £49 one way with Jet2.com.