THIS weekend, thousands of punters ate, drank, sang and danced up a storm at the Pub In The Park festival in Dulwich, south east London.

For the attendees, it felt like the clock had almost been set back to a time pre-Covid when fun wasn’t a dirty word. 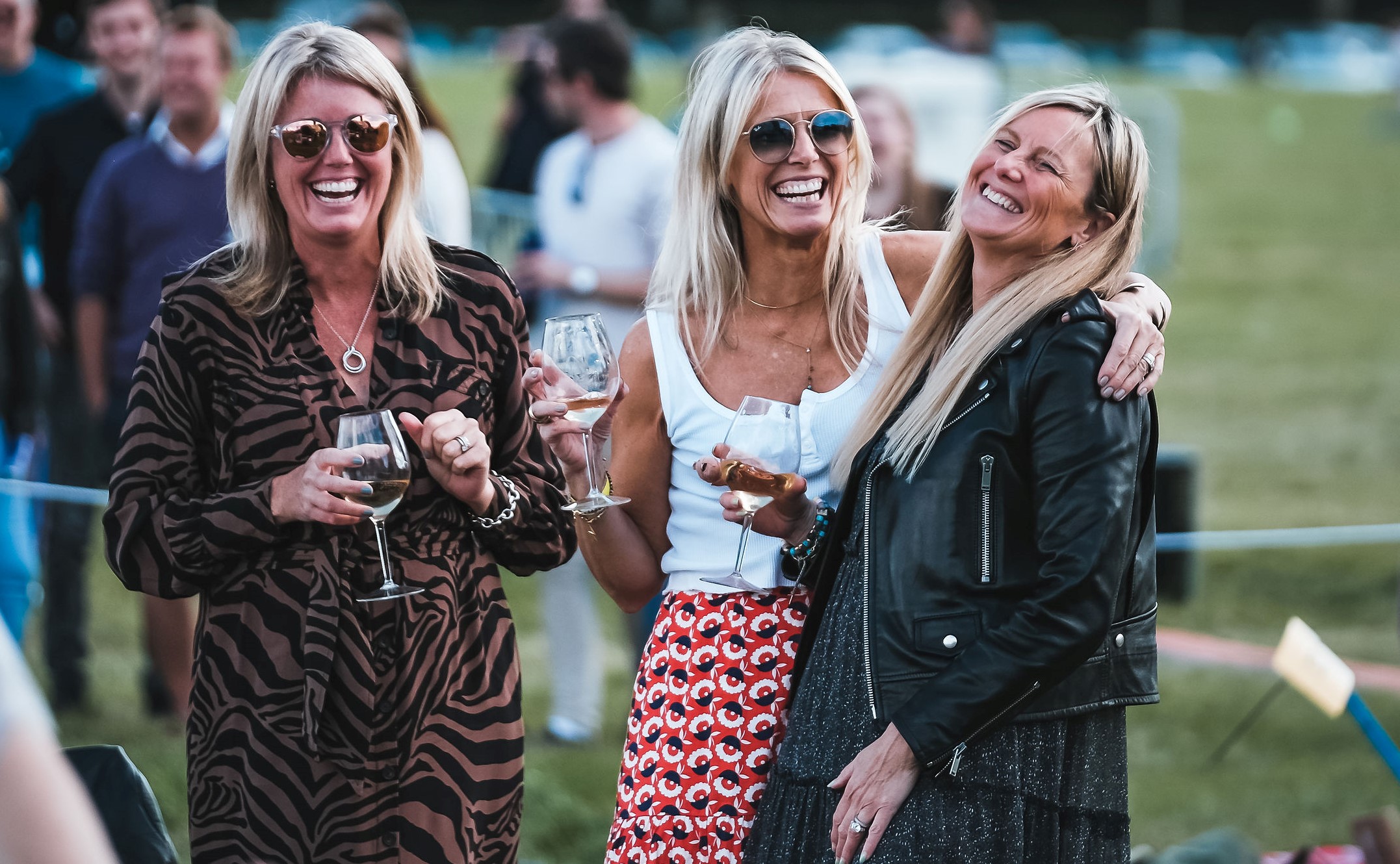 Pub In The Park, the biggest food and music touring festival in the UK, in Chiswick, Tunbridge Wells, Warwick, St Albans, Marlow and Chichester is one of many UK festivals planned this summer.

Music, foodie, family and literary festivals are thriving this summer, with tickets selling out in record numbers to Brits desperate to let loose in a field after their favourite events were mostly cancelled last year.

Of course, with the UK currently facing a third Covid wave, letting loose comes with limits.

Pub In The Park in Dulwich Park was planned for after the so-called ‘Freedom Day’ on June 21, but as that has now been pushed back by the government, it had to be a socially distanced event.

Revellers were asked to keep 2m from others where possible – the festival sites are 50 per cent larger this year, to allow for this and avoid “pinch points” in busy areas.

All of the restaurants and bars were cashless, with a handful of bars also operating a table service where drinks were ordered through an app. 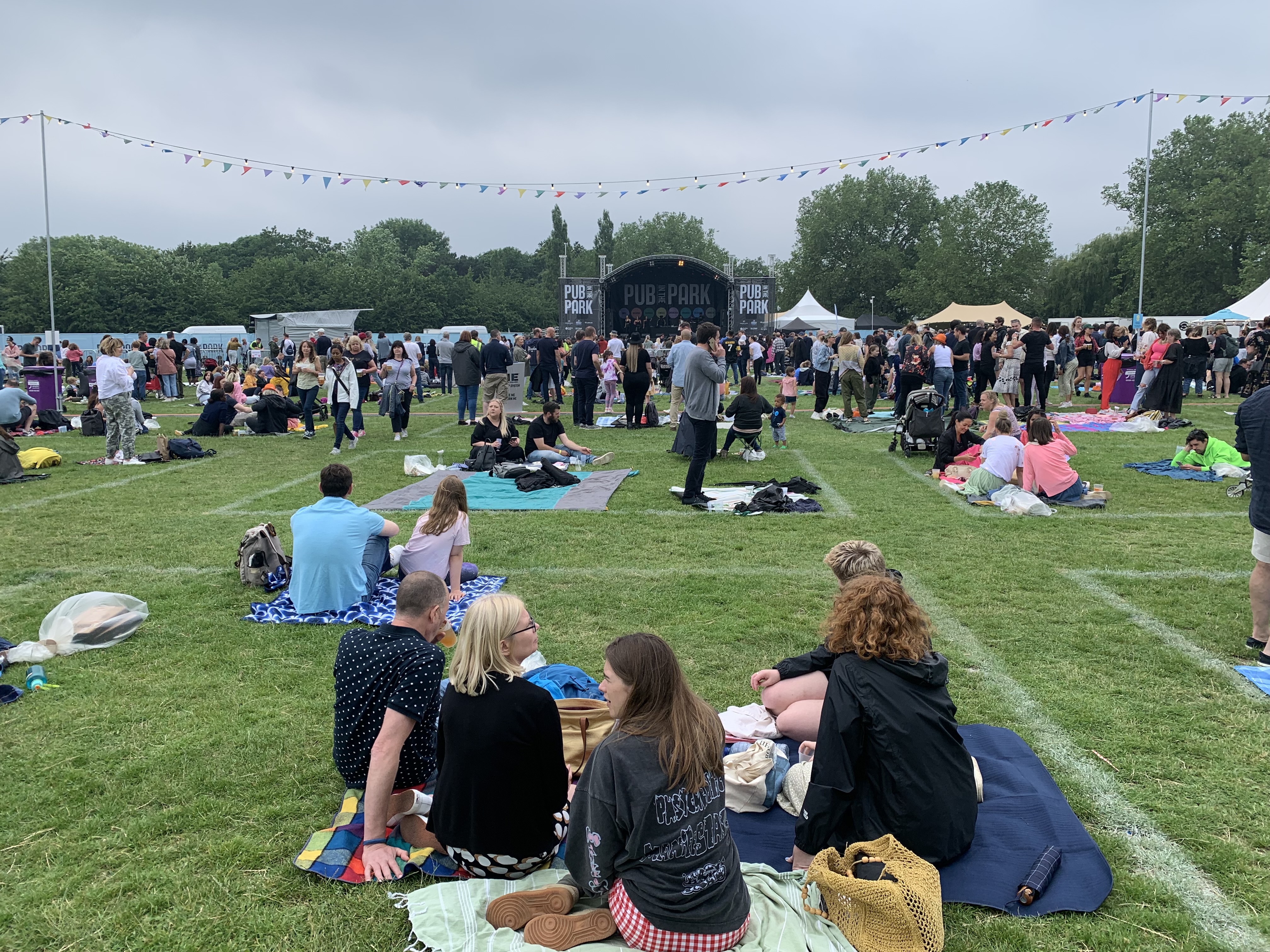 There were plenty of hand sanitisers around the site and the kids area, which featured entertainment and later on a family disco, had a cap of 30 households at any given time.

But the biggest difference to a normal festival was the stage viewing area, with the area divided up into more than a hundred boxes.

Up to 30 people from different parties were allowed to occupy each box, which the event organisers had calculated would allow for sufficient social distancing, with plenty of space in between each box to move around.

The spaced out crowd allowed for at least half of those watching to stay seated on their blankets, which killed some of the atmosphere, but if that’s what it takes to allow live music again it’s a small price to pay.

Pub In The Park says that it “celebrates everything there is to love about the glorious British pub; delicious food, award-winning chefs, chart-topping music, great drinks but above all else a fantastic time with friends and family.”

There were pop-up pubs and restaurants around the site including the likes of Kerridge’s Bar And Grill, The Begging Bowl and Cue Point, serving tasting dishes for £6 each. 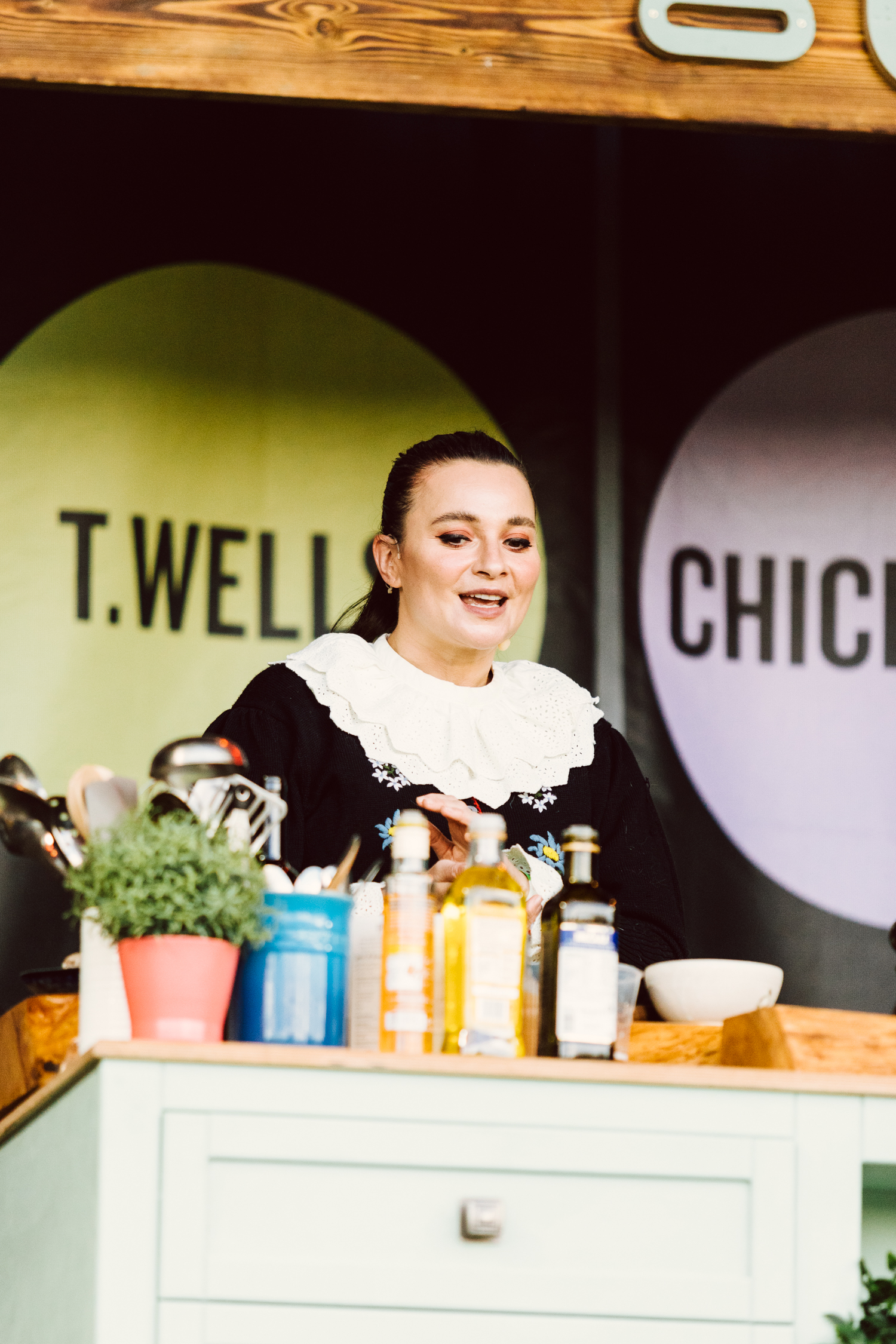 There were pop up bars specialising in everything from craft beer to cocktails, mocktails and Aperol spritzes, with many of the stalls laying on their own seating area out front.

Onstage, before the live music started up, there were chef demos from household names like Gizzie Erskine, Monica Galetti and Matt Tebbutt.

It’s hard to work out if our bar for enjoyment is really low these days because we haven’t been able to do anything fun for so long, but we had a brilliant time roaming the site.

Over the six-hour session on Sunday afternoon, my boyfriend and I sampled as much food and booze as we could fit in and soaked up the general atmosphere as Soul 2 Soul, the Brand New Heavies and Beverly Knight performed on stage, until we got dragged back to the children’s entertainment tent by our two year old.

We weren’t alone – there were beaming faces all round, as though punters couldn't quite believe they were back sipping a cold pint in front of a stage – even queuing for the portaloos felt like a novelty.

Fingers crossed, there soon won't be any need for social distancing at festivals, but in the worst case scenario, Pub In The Park have found a way to make it work.

Tickets for Pub In The Park cost from £45 for an adult and £35 for a child aged 6-15, with aged 5 and under going free. To find out more head to Pub In The ParkUK.com.

Inside, of, one, Summer, the
You may also like: