A flight attendant at the center of an international controversy has been terminated from her position, JetBlue has confirmed.

Kalina Collier first made headlines earlier this month, after taking a trip to Jamaica and then being required to isolate in a hotel upon testing positive for COVID-19 ahead of her return trip, according to Jamaican authorities.

While still on the island, however, Collier allegedly suggested on Instagram that she was not COVID-positive, and that she was being “held hostage” in a dirty room at the resort, prompting social media users to campaign for her release, the Miami Herald reported. Police later responded to the hotel and issued a statement claiming that Collier was not “in any danger,” nor was she “at any time.”

The Jamaica Constabulary Force also urged the public to stop spreading a “false report about [a] foreign national kidnapped in Jamaica.”

Days afterward, and once back in the U.S., Collier shared a statement on Instagram alleging that she tested negative (Collier was tested multiple times; it’s unclear which test she’s referring to), at which point the hotel “proceeded to cover their tracks once word got out and forced me to stay at the resort for the remainder of my ‘quarantine,’” In the same statement, she also claimed she had never previously said she had been kidnapped.

She also alleged that police were sent to her room to “try and intimidate me into making a statement for a resort that wronged me from the beginning,” among other claims of harassment.

“I know my truth and I don’t need the approval of anyone on here or anywhere,” she added, in part.

Meanwhile, JetBlue has since confirmed that Collier was no longer employed as a flight attendant with the carrier.

“We continue to offer our apologies for the frustration and concern this incident has caused and reiterate our confidence in the health protocols Jamaica has put in place,” a representative for the airline said in a statement shared with Fox News on Thursday. 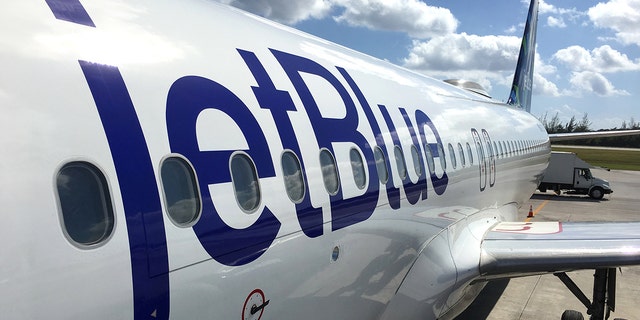 JetBlue has confirmed Collier’s termination, while reiterating its "confidence in the health protocols Jamaica has put in place."
(iStock)

Travelers to Jamaica are currently required to present proof of a negative COVID-19 test — PCR or antigen — taken no later than 10 days before traveling to the country. The United States, too, requires all incoming international travelers to provide the results of a negative test taken within three days of departure for the U.S. For travelers who test positive, the CDC requires they provide a letter from a “healthcare provider or a public health official” clearing the individual to fly.