Dutch airline KLM will reportedly cancel its long-haul flights after the government proposed new travel restrictions to slow the spread of the coronavirus.

On Wednesday, Netherlands Prime Minister Mark Rutte announced a one-month ban on flights from the U.K., South Africa and many South American countries, which is set to begin on Saturday. The Dutch government was expected to debate the restrictions — along with a nationwide curfew — on Thursday.

In response to the flight ban, KLM has reportedly decided to halt all its long-haul flights and several flights from Europe starting Friday, Reuters reported.

According to the news agency, the airline has 270 weekly long haul flights that will now be canceled.

“Based on the information we have this will also count for crew members,” KLM spokesperson Gerrie Brand told Reuters. “We cannot take the risk that crew members get stuck abroad, so we have decided to halt all long-haul flights.”

KLM did not immediately respond to Fox News’ request for comment.

PRESIDENT BIDEN EXPECTED TO MANDATE MASKS ON PLANES, IN AIRPORTS AS PART OF EXECUTIVE ORDER

After Reuters’ report that KLM would be canceling its long-haul flights, the airline announced Thursday that it will have to lay off between 800 and 1,000 workers. The airline already laid off another 5,000 employees over the summer because of the pandemic and related travel restrictions. 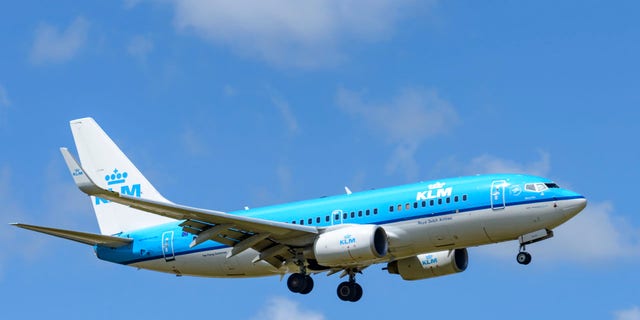 KLM CEO Pieter Elbers said in a statement Thursday that the layoffs are not fully reflective of how the Dutch government’s latest travel restrictions will impact the company.

“The further downsizing of our organization does not yet encompass the latest measures announced by the Dutch government in the past 48 hours,” Elbers said. “These new measures are, however, in line with the restrictions and dynamics we have had to contend with since the start of the pandemic.”

“Even if our crewmembers are exempt from the new regulations, the further loss of jobs will regrettably be inevitable,” Elbers added. “The impact of the latest measures will become evident in due course.”

Aside from its ban on certain flights, the Dutch government has advised residents to avoid travel until March 31, according to a press release.

For people who do decide to travel, they must be able to show a negative rapid test just before their departure to the Netherlands, in addition to a previously required negative PCR test taken 72 hours before arriving, the release said.