Follow
Home » Travel » Lawyer reveals how to get free tickets, money and more if a flight is delayed

Lawyer reveals how to get free tickets, money and more if a flight is delayed 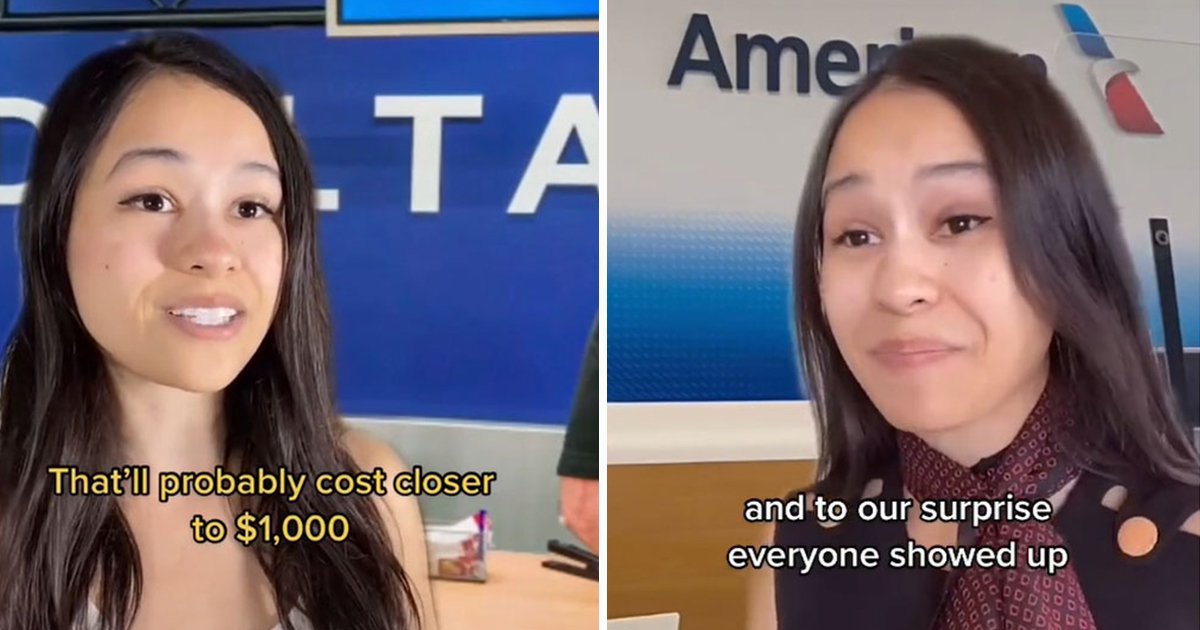 There’s nothing more frustrating than when a flight gets delayed, or luggage is misplaced.

Both circumstances can leave us feeling totally powerless.

But it turns out, there are a few things we can do when this happens.

A lawyer on TikTok has gone viral for revealing how travellers can use the ‘fine print’ in airline policies to land free tickets, upgrades and money in rewards if delays occur.

Erika Kullberg, a lawyer who studied at Georgetown Law in the US, has shared various travel hacks that could save people money.

After reading through different terms and conditions, she found a number of loopholes hidden in airline contracts – which many people don’t know about.

These include various ways people can get compensated for issues.

In one video, Erika explains that if an American Airlines flight gets delayed past 11:59pm, the company has to rebook you on a flight for the next day and pay for a hotel for you to stay in.

It seems this is completely true, as American Airlines’ condition of carriage states: ‘If the disruption is our fault or you’re diverted to another city, and we don’t board before 11:59pm, local time on your scheduled arrival day, we’ll arrange an overnight stay or cover the cost of an approved hotel, if available.’

While in another TikTok, Erika reveals that you can get paid by Delta Airlines if your bag gets delayed, as they will reimburse customers for anything they have to buy due to this disruption – up to £2,804.

Pretending to be a customer in her video, Erika says: ‘Because my bag is delayed, I now need to go buy new shoes from Nike, clothes from Nordstrom, and skincare from Sephora to tie me over until my bag arrives. That will probably cost close to $1,000.’

This checks out too, as Delta’s contract of carriage says: ‘Delta is not liable for any loss, damage, or delay in the delivery of baggage arising out of or in connection with transportation of, or failure to transport any baggage unless notice of a claim is presented to a Delta office within 24 hours after the alleged occurrence of the events causing the claim, and unless the action is commenced within one year after such alleged occurrence.’

So, as long as you tell them within 24 hours, you can claim.

What’s more, Erika reveals in another video that if an airline overbooks you on a flight, and you are forced to get another, you can get thousands of pounds back for the mistake. This is something called ‘involuntary denied boarding.’

This means an airline might ‘bump’ passengers and make them give up their seats.

If this happens, often you are eligible for compensation if you have a confirmed reservation, checked-in to your flight on time, arrived at the departure gate on time, and the airline cannot get you to your destination within one hour of your flight’s original arrival time.

However, it’s worth pointing out there are a few situations that prevent you from getting any money from the airline – these include operational or safety reasons, weight or balance restrictions, and passenger downgrades.