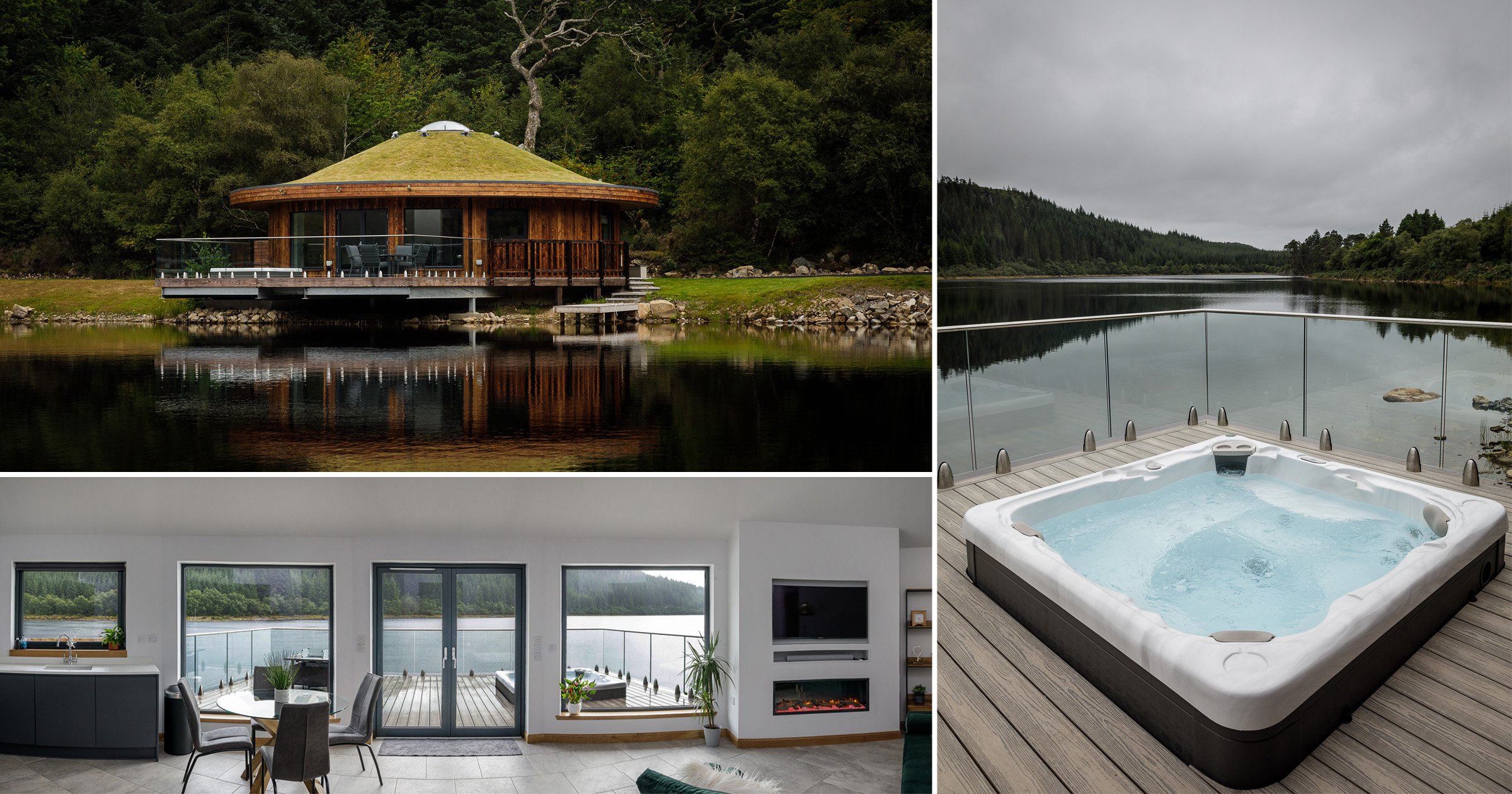 Britain’s ‘best holiday let’ has been named and it’s located on the banks of Loch Lundie in the Scottish Highlands.

The lodge, called The Sheiling, only opened back in May but is already an award-winning property and is the handiwork of bricklayer Martin Matheson.

The 50-year-old spent 10 months creating the bolthole for staycationers – after his wife Mairi spotted the 38-acre plot for sale in 2017.

Martin wanted to create a modern take on a crannog (a Gaelic round house on stilts) but, following push-back from planners, he settled on a round house with a wraparound deck over the water.

The finished product is a beautiful lodge with an open-plan living area and kitchen, two bedrooms and two bathrooms. While outside, on the deck, there’s a private sunken hot tub and spectacular views of the loch.

There’s also a private pier and a small rowing boat, which guests can use to fish for trout.

Martin said: ‘Everything on this job took three times longer than on a normal job, but there were only ever three of us on it.

‘I wouldn’t trust many people with it. It is my design, my baby.

‘In winter, the loch freezes over and you get three inches of ice; it is totally white and then you’ve got the starry nights.

‘The location is peaceful, tranquil and secluded. You sit out on the deck watching fish jumping, birds flying by and sometimes swans floating past, or just stargaze from the hot tub with a bottle of wine.

‘The feedback from visitors has been excellent, that has been my proudest achievement with this build.’

Prices for the lodge, which is located near the village of Plockton, start from £960 for a short break and £1,280 for week-long stays.

As well as scooping the ‘best holiday let’ at the Sykes Holiday Cottages awards, it won ‘best view’ as well.

Speaking about the accolades, Martin said: ‘I was very surprised to win the award, when Ryan from Sykes phoned he said “congratulations you have won the best view category.”

‘I said “thank you very much”, then said jokingly “why did I not win best over all?” To my shock he said “funny you should say that, you actually did.”

‘About an hour after that I phoned Ryan back to ask for an email to prove it was not a wind up.’

Rum and reggaeton: What's it's like to visit tropical Puerto Rico in January