London-based festivals kicking off this week plus new restaurant launches 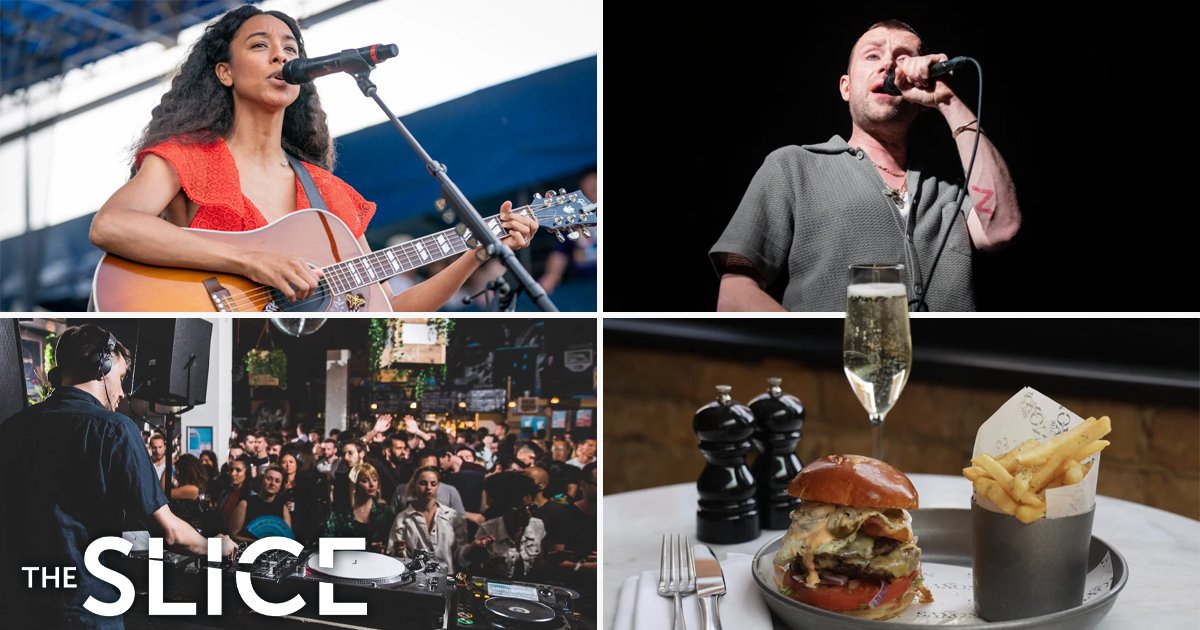 Forgotten how to behave at a festival?

Stuff like Metrofest, cool music and comedy; and South-Facing, a series of not-to-be-missed outdoor concerts; and Queen’s Yard Summer Party, where the whole of Hackney Wick turns into a festival…

But it’s not just festivals, you understand. Oh no. There are new boozers, online arts festivals (oh, that’s a festival!), new restaurants, a new cabaret bar.

Are we festival-ready? Are we ever not festival-ready? That wellies-and-gender-neutral-hot-pants combo is in a bag by the door at all times and we will be delving into it ready for the capital’s Metrofest, our first festy foray of the year.

And it’s a cracker of a line-up: Fat Joe, Blackstreet, Mya, Eve, Bobby V, Jon B, some other people with a single letter instead of a surname… Jungle R’n’B, grime, comedy from the likes of Richard Blackwood.

Actually this is all sounding a bit cool to get away with the cut-off hot pants now we think about it. Oh and sort out your wristbands – remember them? – as they will be taking no money or cards in the bars.

They call it a festival but it’s really more a series of outdoor concert events, which is fine by us, especially when you look at the blinking line-up at South Facing Festival.

This Friday we have Kojey Radical with back up from Ghetts, Pip Millet, IAMDDB and a whole lot more. Then, we get the likes of Sleaford Mods, Corinne Bailey Rae, Dizzee Rascal (again with Ghetts), The Streets, Norman Jay (he’s an MBE, you know), so it’s nothing if not eclectic.

They’ve even got the English National Opera coming up (not with Ghetts, unfortch) so it’s fair to say there’s something for everyone down Crystal Palace way.

Queen’s of the night

Now, this is going to be cool and no mistake.

Stretching over the whole day and night and across no fewer than 16 venues in and around the cooler-than-cucumber-slices Hackney Wick with partners like Adonis, North South Records, Half Baked and Spaced, it is a festival of food and drink and music and dancing and flirting and wellness and… well, basically all our favourite things.

The Queen’s Yard Summer Party line-up is an A-Z of people we wanna see – from Aidan Ray to Zaltsman but, to be fair, they had us at Hackney Wick.

Sax in the city

We do love finding new places to go bottomless. Especially when there’s the cure to your future hangover right there in the same spot.

We’re talking about The Saxon, the newly refurbished, glam-up-to-here Clapham pub where they are launching a bottomless brunch – free-flowing Prosecco for 90 minutes!

With a range of burgers including the prescient-sounding Hangover Burger, which will be our choice.

And you can do the whole thing up on their brand new rooftop terrace if that rain holds off which *checks weather app* it looks like it might. A new boozer, everyone! A reason to be cheerful!

So legendary, they even made a film about it with Dame Judi Dench, Soho’s Windmill is back, shinier, classier but every bit as naughty as it ever was.

Famous for skating as close to nudity as they could get away with back in the day – and for staying open all through the Blitz (well, it does go back to 1910) – the venue has been taken over by the people behind dance brand Cream, who have recruited a Michelin-starred chef to sort out the nosh (think tuna and black sesame tacos and truffle Parmesan taglioni).

Add top-drawer cabaret with a very edgy edge for those dinner shows and cocktails from a superstar mixologist and we think it’s safe to say glamour is back.

Yeah, Edinburgh Festival is top larks but we’re happy to save the train fare and skip the scrum for accommodation and watch the whole thing from the comfort of our own sofa now that the cream of the crop is available for our online viewing pleasure.

Heck, we might even paint our faces and wear stilts. And top of our list is 13 Fruitcakes, a song cycle about LGBTQ+ icons like Oscar Wilde, Virginia Woolf and Leonardo da Vinci (oh, yeah, it’s not all Tom Allen and Rylan, you know), which, as luck would have it, is featured in this Friday’s Metro.

Add kids’ stuff, comedy, dance, pretty much everything you can think of that comes under the culture umbrella and we’re looking at a very artsy time of it. Round yours!

It’s probably the most glamorous thing to happen to Shoreditch in quite some time (and Shoreditch is not a place where glamour doesn’t happen on a regular basis).

It is the opening of The Mondrian in a very New York SoHo-looking building on Curtain Street.

And not only is it a hotel with a great rooftop bar and pool, it also plays host to chef Dani Garcia’s first UK culinary concept, namely BIBO.

Expect an open-kitchen tapas bar and all-day dining room offering up such delights as oxtail brioche, Russian salad with quail eggs and more expected tapas stuff like ham croquettes albeit with tomato powder.

And don’t forget Christina’s all-day coffee/cocktail/natural wine bar while you’re on the premises either.

Ever wondered what goes on at a Gorillaz show? Apart from tunes, we’re imagining amazing visuals, a riotously good time and a very mixed crowd.

Whatever it is, it must be cool and an extra layer of amazing has been added with the news that the gig at London’s huge O2 Arena is free to NHS staff and their families!

With one of the two dates completely sold out already (surely no surprise to anyone!), there are still tickets to next Tuesday’s show, though we would put money on that situation not lasting very long.

So if you’ve had a year of it and feel like you deserve a big night out, try your luck at getting into this.

Hole lot to talk about

If you want to hear about Simon Amstell’s experiences with magic mushrooms, going to saucy clubs with his boyfriend, grappling with mental health and generally putting a very Simon Amstell slant on pretty much everything, you have two choices and you can take both of them.

You can pick up Friday’s Metro and read the incisive interview with him and/or you can get yourself tickets to his latest outing, Spirit Hole, where he covers some of the same ground.

Metro is free, as you know, but you don’t get to have a glass of wine halfway through and discuss what you think. Oh, unless you do.

Arrives in London in October