“WHEN a man is tired of London, he is tired of life,” said Samuel Johnson – and as a festive nut, I’d say the same of Christmas.

London is, in my opinion, the best city in the world. And in December it reaches peak perfection. 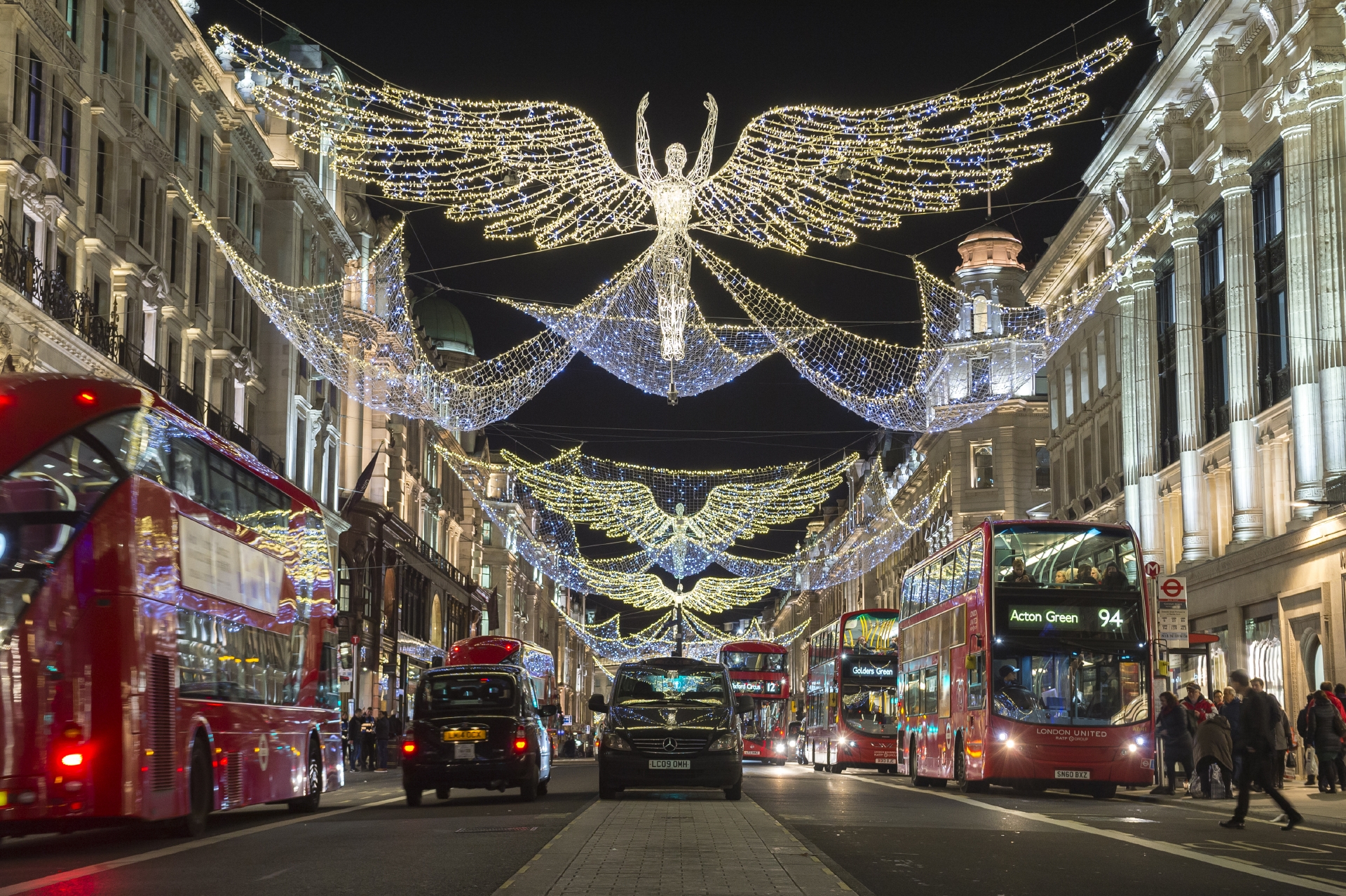 Whether you are 25 and looking for a night on the tiles or 60-plus and hungry for culture and good grub, it has all you need.

It has everything for kids, too, especially when it rains.

Which is just why my boyfriend and I headed off on a London staycation with our two-year-old son Harry to get ourselves into the festive spirit.

Free museums, top theatres, every food under the sun, great parks . . .  there is something for everyone.

Eclipsing them all at this time of year, though, is Hyde Park’s Winter Wonderland.

We went on a Friday morning during term time, so it was pleasantly empty for London’s biggest Christmas attraction.

And our boy got to spend a small fortune on fairground rides without the long queues.

There are plenty of other pre-bookable activities too, from ice skating to ice sculptures. But they are not cheap, so work out which will give you the most.

From Hyde Park, it was a 25-minute walk to another holy grail for little ones: Hamleys toy store, a tremendous seven-storey building on Regent Street.

At 261 years old, Hamleys is the oldest and largest toy shop in the world.

There is so much to look at, with plenty of staff giving demonstrations of top toy picks.

My son was most interested in the die-cast vehicles, although we all appreciated the chance to pose for a photo in Santa’s sleigh — with the picture then turned into a Christmas tree bauble.

The shop often lays on free activities, such as puppet shows, during school holidays.

With a classic Hamleys teddy bear tucked under Harry’s arm, we toured some of the capital’s best festive light displays, stopping off at a couple of pubs along the way for a mulled wine.

Carnaby Street, Regent Street and Covent Garden were our favourites for lights, with the latter putting on a fake snow shower every hour.

After dinner at the kid-friendly Pizza Pilgrims, we took the short walk to Hotel Park Plaza Westminster Bridge.

Our room on the 12th floor overlooked the grand Houses of Parliament and Harry received an activity bag for his stay, which included colouring pencils and some vouchers to spend in the hotel’s shop and cafe.

The location was so central that we were able to walk to the matinée of Stick Man at Leicester Square Theatre within 20 minutes, after our trip to the hotel spa and buffet breakfast.

The show was so good that the book was Harry’s bedtime-story request every night for a week after.

Given we had covered fairground rides, a toy store and a children’s show, it felt only fair to book in something for us adults.

So our weekend ended on the 35th floor of The Shard, with a festive Alpine afternoon tea at Ting, including Austrian-inspired sweet treats.

Luckily, our Thomas The Tank Engine-obsessed child was kept entertained by trains pulling into London Bridge station hundreds of metres below.

City breaks have had a bad time of late, as Brits opted for coastal and countryside trips during the pandemic, while theatres and museums were forced to close their doors.

But London hasn’t changed — it was merely hibernating.

And now it is back, in all its busy, brightly lit and trend-setting glory.

STAYING THERE: A family room at the Park Plaza Westminster Bridge London is from £199 per night. See parkplazawestminsterbridge.com.

OUT & ABOUT: Winter Wonderland is from £5pp, children free. See hydeparkwinterwonderland.com.

For more on the Let’s Do London Winter Lights, see visitlondon.com/winterlights. 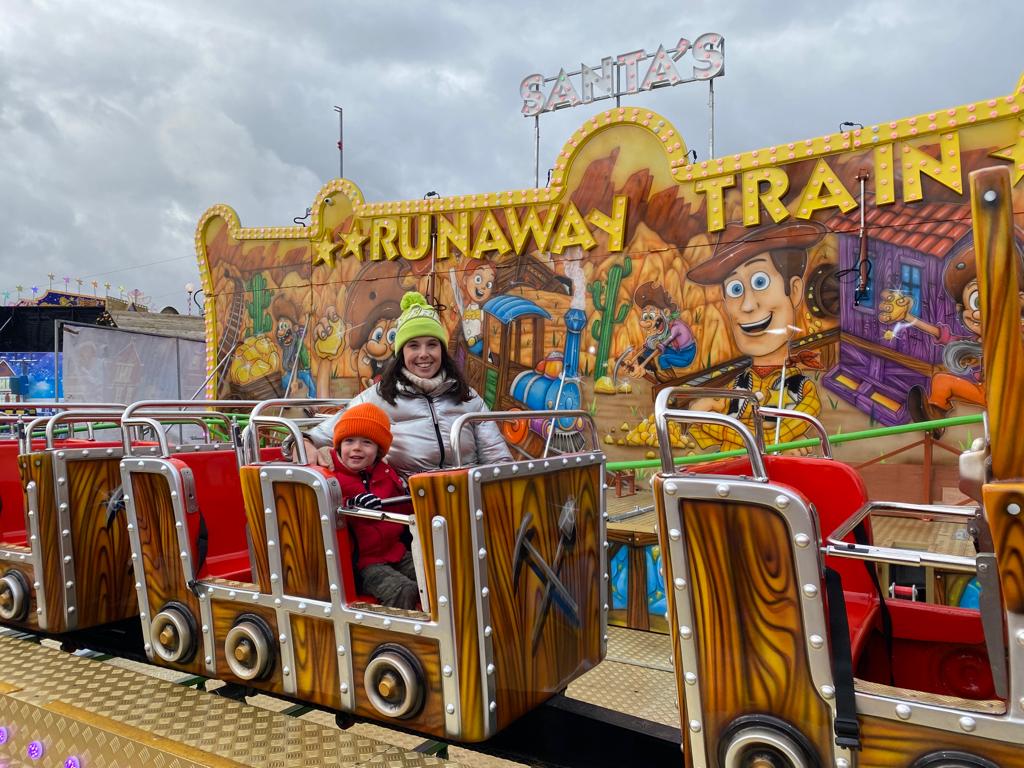 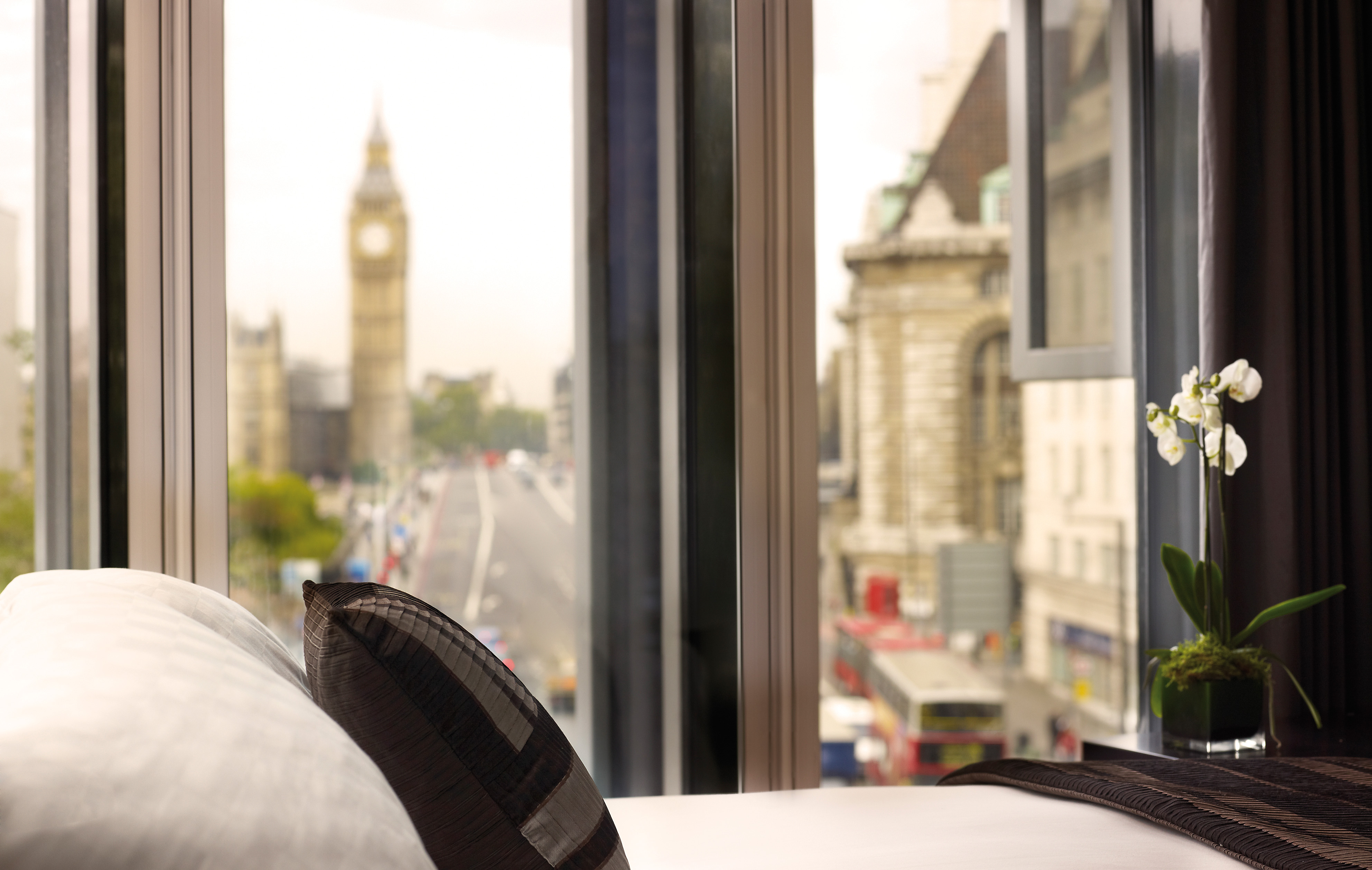 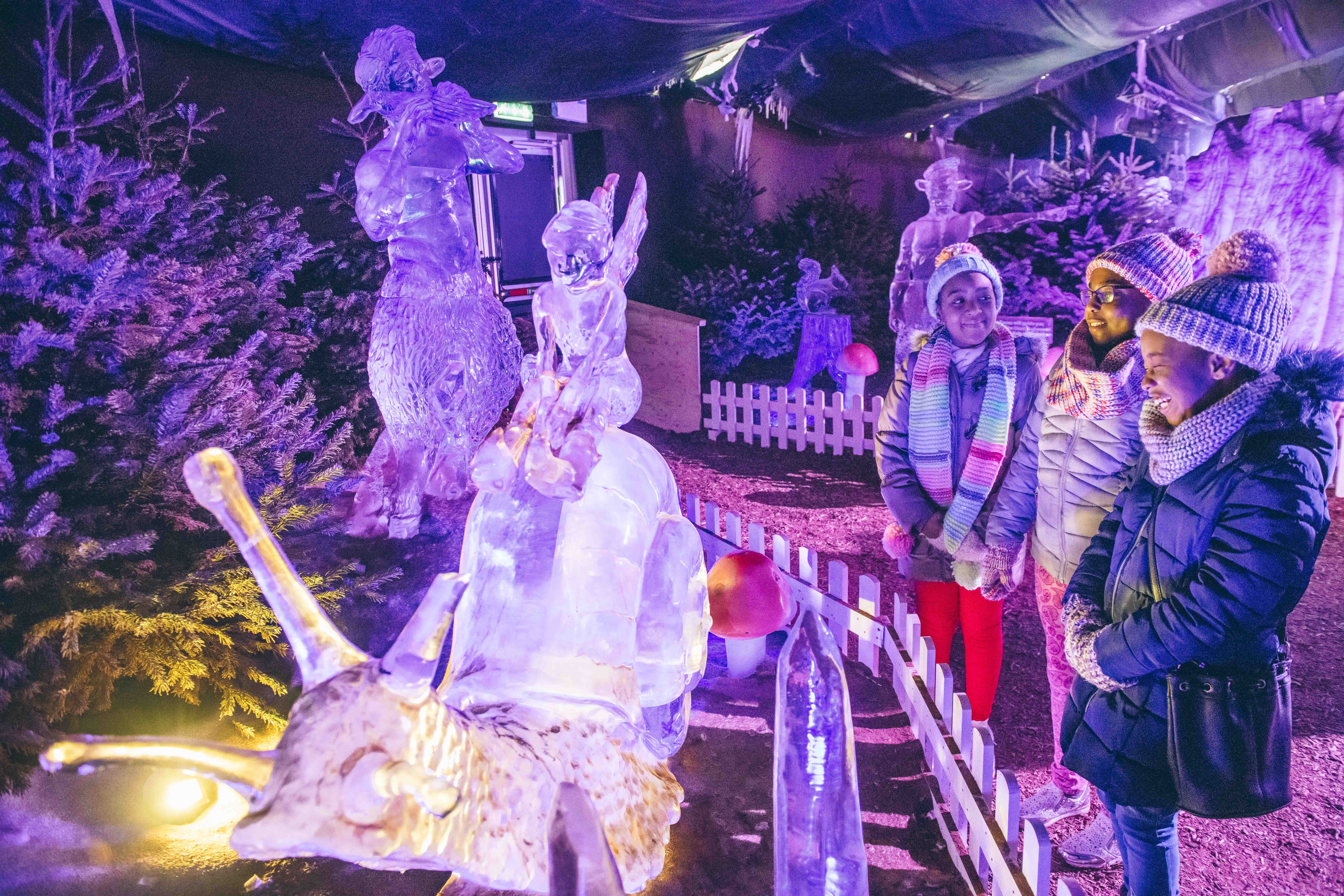