PASSENGERS at Luton Airport were faced with long queues and huge crowds after a problem with the e-gates last night.

Many families, including young babies, were forced to queue for more than two hours at passport control. 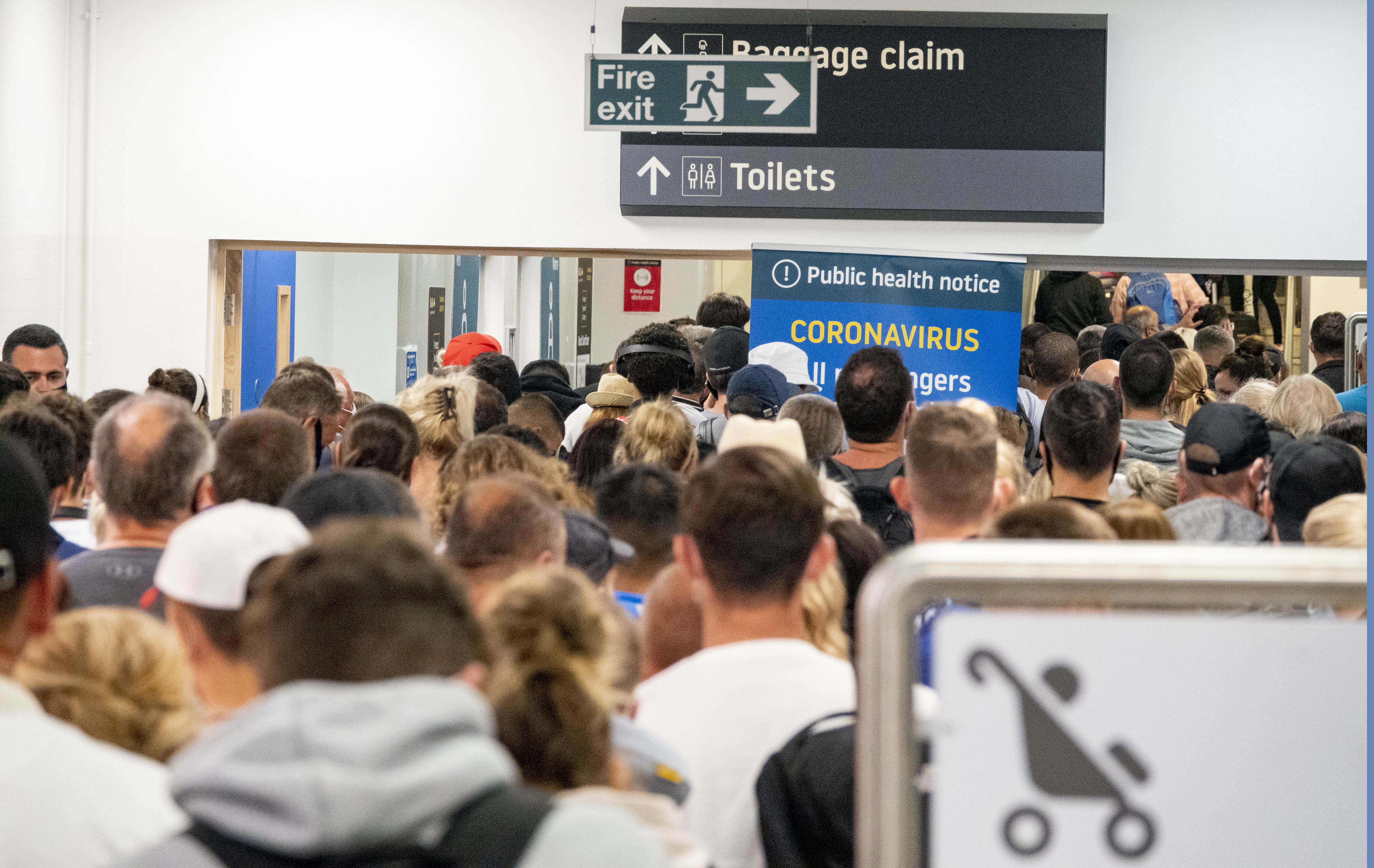 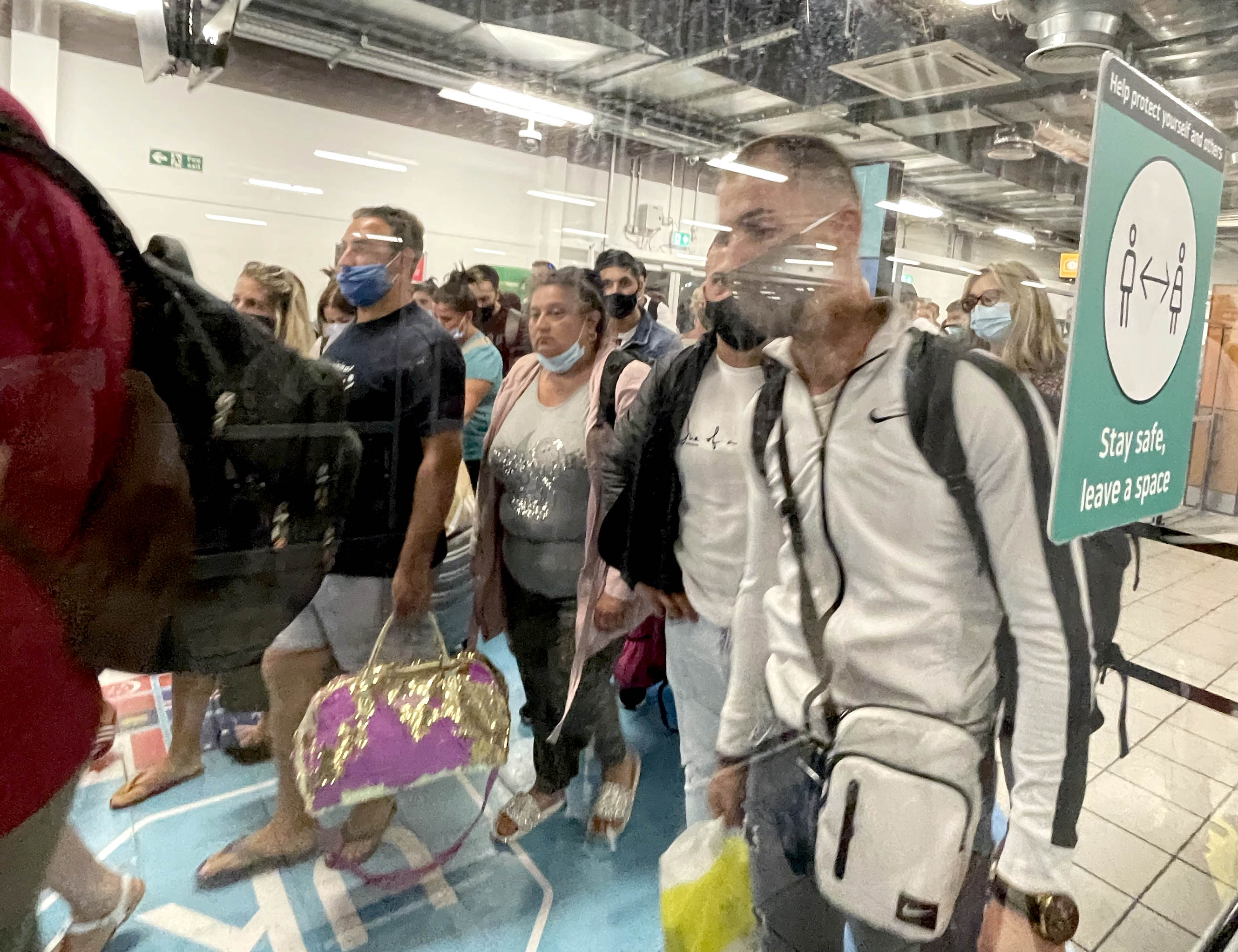 Bernadette Rodgers, who returned from Malaga at 9:20pm, said she didn't get through passport control until 11:15pm.

She said: "It was mayhem. Babies were crying and parents were struggling to deal with tired children. There was no distancing."

She added that staff also gave no announcements about the wait, and just handed out water bottles to people in the queue.

She added that staff eventually "gave up" checking everyone's Covid tests and forms.

She explained: "They just pushed half the people through the automated passport gates without checking anything.

"I spent hours filling in pages long forms and good money on tests both sides of the border.

"But nobody checked mine. The whole thing was shambles."

Passenger Mark Grice also said it was a shambles, writing on Twitter: "In Spain we were in the hire car and on the motorway in 25 mins.

"In London Luton Airport we have been stood in this line for an hour straight from the plane."

A Luton Airport spokesperson told Sun Online Travel: "Due to a fault with the electronic passport gates yesterday evening, all passengers had to be processed manually.

"Our teams worked extremely hard to ensure the comfort of our passengers and to prioritise families and the vulnerable."

They added that they were "working closely" with Border Force to understand what happened and prevent it happening again.

It isn't the first time passengers have been hit by long queues at the airport recently.

Passengers returning from Heathrow earlier this month were forced into long queues due to problems with the e-gates as well as a shortage of staff due to the virus.

Officials have already warned travellers to expect a very different airport experience which includes long queues when on holiday.

Lucy Moreton head of ISU immigration union previously warned they were "not set up to cope with that demand," according to The Times.

“But even at this point we’re seeing queues of one to two hours. From the number of bookings we’ve seen already, we’ll easily see three, four-hour queues when people start returning.” 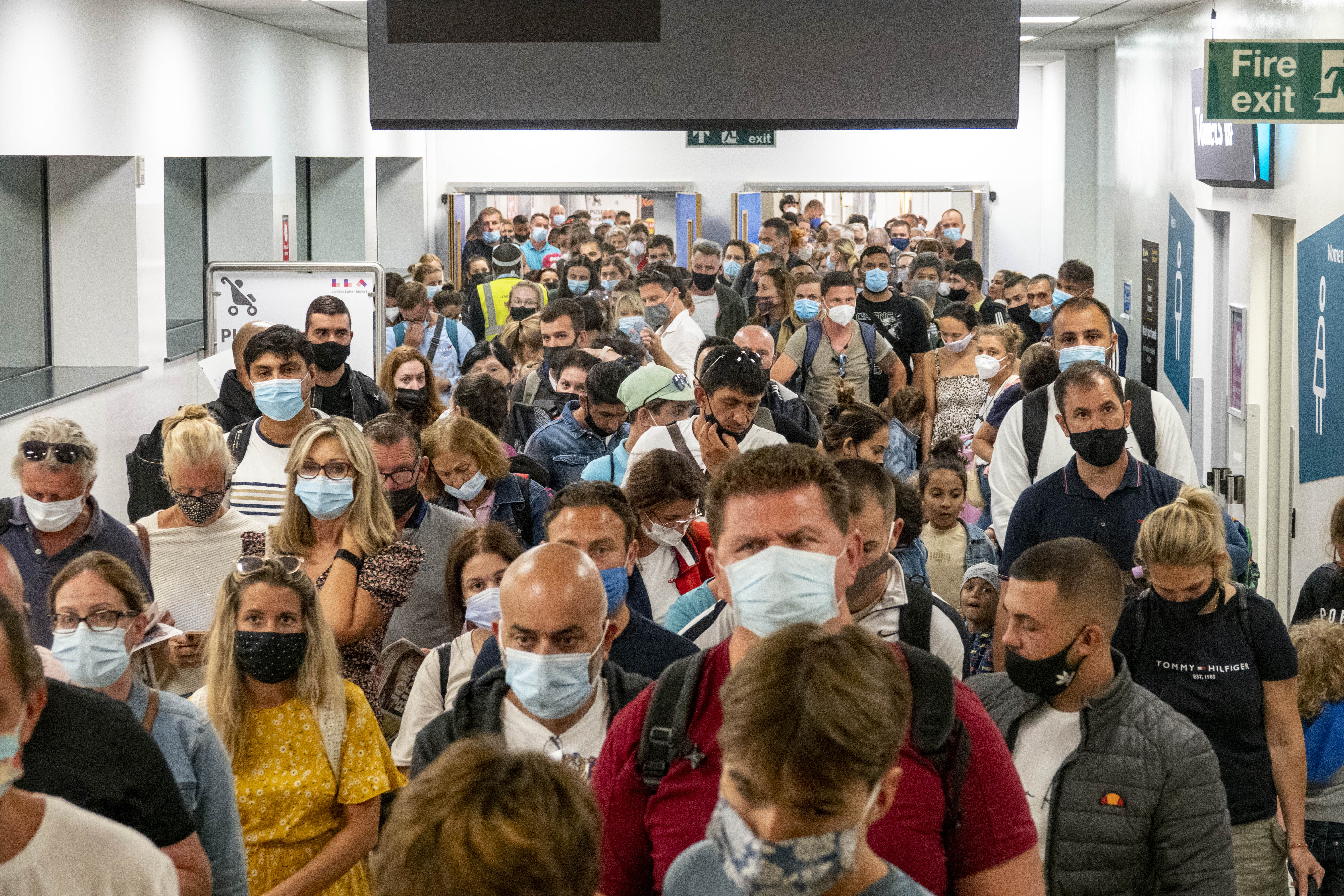 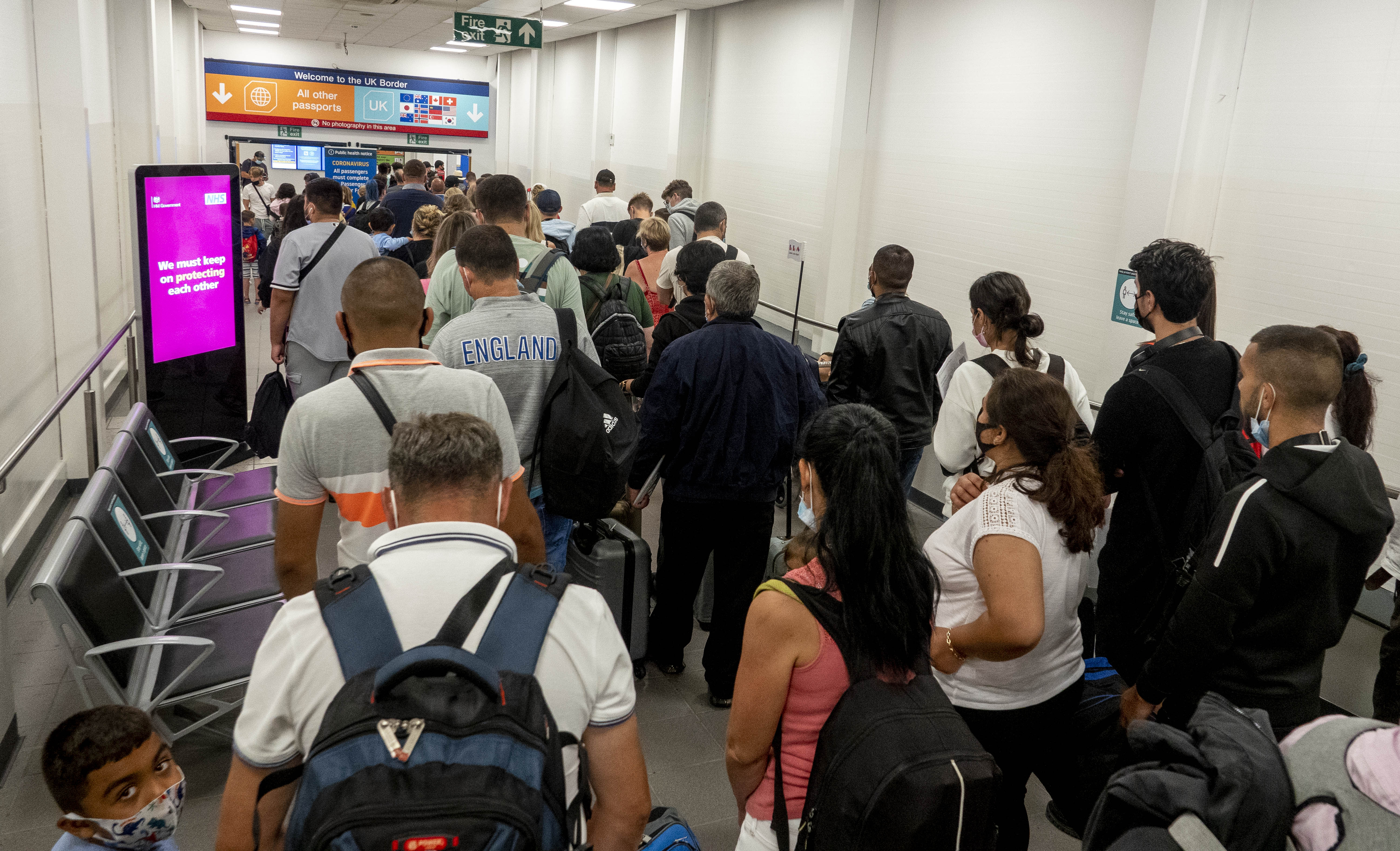