Jesus Ramirez, his spokesman, told Reuters that his boss felt chills at the end of the event Sunday in the central city of San Luis Potosi. But the president shook off the symptoms, attributing them to a common cold.

Ramirez said the president was exhibiting stronger symptoms once back in Mexico City.

Lopez Obrador, who has been criticized for his handling of his country’s pandemic, said on his official Twitter account Sunday that he was under medical treatment and that his symptoms were mild.

“I regret to inform you that I am infected with COVID-19,” he tweeted. “The symptoms are mild but I am already under medical treatment. As always, I am optimistic. We will all move forward.” 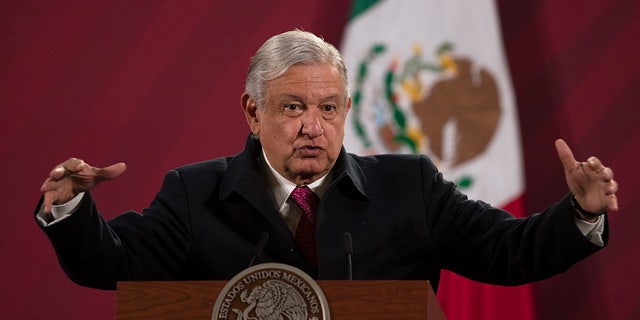 Jesus Ortega, a former leader of the opposition Party of the Democratic Revolution (PRD), criticized the president for taking a commercial flight and putting others at risk.

“How irresponsible and careless of him just to get onto a flight knowing that he might be infected,” Ortega said. “The problem is he’s the president. If the president violates the health guidelines, he’s setting a bad example to others.”

Ramirez said that passengers on the flight were being contacted. Journalists traveling with the president were urged to isolate.

Meanwhile, those who met with Lopez Obrador’s entourage during a three-day tour to parts of northern and central Mexico prior to the flight, included corporate bosses and his former chief-of-staff, Alfonso Romo, according to the news organization.

By Tuesday, health officials identified 11 people who may have come into close contact with the president.

Several top officials in the country said they took tests after Lopez Obrador announced he tested positive, while others said they would go into self-isolation.

Interior Minister Olga Sanchez — who recently took over his daily news conferences following his infection and was among the officials to be tested — said the president was still working on Tuesday.

“I can tell you he’s strong and is even intervening in some of the most important decisions,” she said, according to the news organization.

Lopez Obrador has resisted locking down the economy, noting the devastating effect it would have on many Mexicans, despite the country registering more than 150,000 coronavirus deaths and nearly 1.8 million infections.

The country recently registered its highest levels of infections and deaths to date.