Not every airline is handling the vaccine in the same way.

Due to the nature of their work, many consumer-facing industries — and especially the travel industry — are currently determining their own processes for vaccinating their workforces, with some resolving to offer paid time-off for their employees to get their shots, and others outright mandating them.

But while at least one major airline has said vaccines could be required for workers, others have taken a different approach. 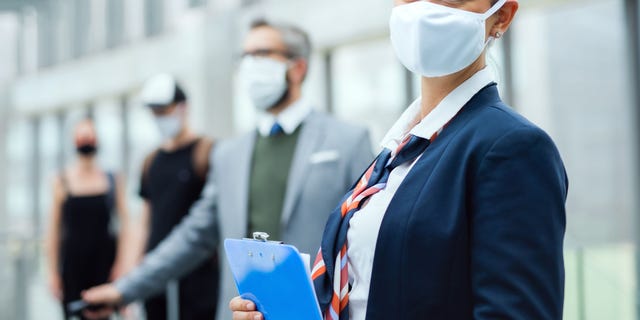 United Airlines’ CEO previously stated that the airline’s employees may be required to get the coronvairus vaccine.
(iStock)

Scott Kirby, the CEO of United Airlines, recently remarked that he’s considering making the vaccine mandatory for all employees. The airline later confirmed to Fox Business that while Kirby was supporting efforts to require the vaccine, no official policy has been implemented as of yet.

Other major carriers, including Delta, American and Southwest, meanwhile, have released their own statements on the process of vaccinating employees, though none have gone as far as United’s CEO in expressing the desire to make it mandatory.

“From the beginning of the pandemic, we’ve put people first and that will continue to be the case as vaccines roll out,” a spokesperson for Delta Air Lines said in a statement obtained by Fox News. “We are actively working with all of the states to understand how Delta employees will be prioritized in the initial distribution of vaccines. We are strongly advocating that our frontline employees be considered part of the CDC recommended phase for essential workers. We’ve also engaged our medical partners at Mayo Clinic and Emory for guidance throughout this important process.”

A spokesperson for Alaska Airlines also provided Fox News with the following statement: “We encourage all our employees to get vaccinated, and are working on a plan to help enable easy access for all employees.”  American is reportedly planning to distribute the vaccine to employees at certain hub airports, but not currently making the vaccine a requirement, Reuters reports. Distribution could go into effect as early as next month, the outlet added.

Southwest, however, has said all employees will be provided with the coronavirus vaccine for free, once innoculation is widely available in the U.S. (The vaccine itself is funded by the federal government; Southwest would cover administrative fees through its company health plan.) When that time comes, workers will be “strongly encouraged” to get vaccinated in the fight against the viral disease, a spokesperson said.

Alaska Airlines and Hawaiian Airlines both say employees will be strongly “encouraged” to get the vaccines, though neighther is making it a requirement.

“We encourage all our employees to get vaccinated, and are working on a plan to help enable easy access for all employees,” said Alaska Airlines in a statement to Fox News. Hawaiian Air, too, went on record that the carrier is “strongly encouraging” all employees to get the vaccine. The airline also said that it is working with the state of Hawaii to figure out the most efficient way to “offer voluntary vaccinations.” Priority will likely be given to “frontline” team members.

Representatives for Frontier, JetBlue and Spirit did not immediately return requests for vaccination efforts with Fox News.

If any of the nation’s major carriers do intend on making vaccinations mandatory for their workforces, they’ll be following in the wake of the cruise industry: This week, Norwegian Cruise Lines annouced all employees will be required to get their COVID-19 vaccinations before returning to work. And in the U.K., Saga Cruises recently announced that all passengers, too, would need to be fully vaccinated before being allowed to board its ships, when cruising resumes.

The best affordable luxury holidays for summer 2021, including Turkey, Greece & Spain from £224pp

Railway holidays that explore the UK's most beautiful destinations, including Cornwall, Wales & Scotland from £189pp

The UK's most breathtaking peninsulas