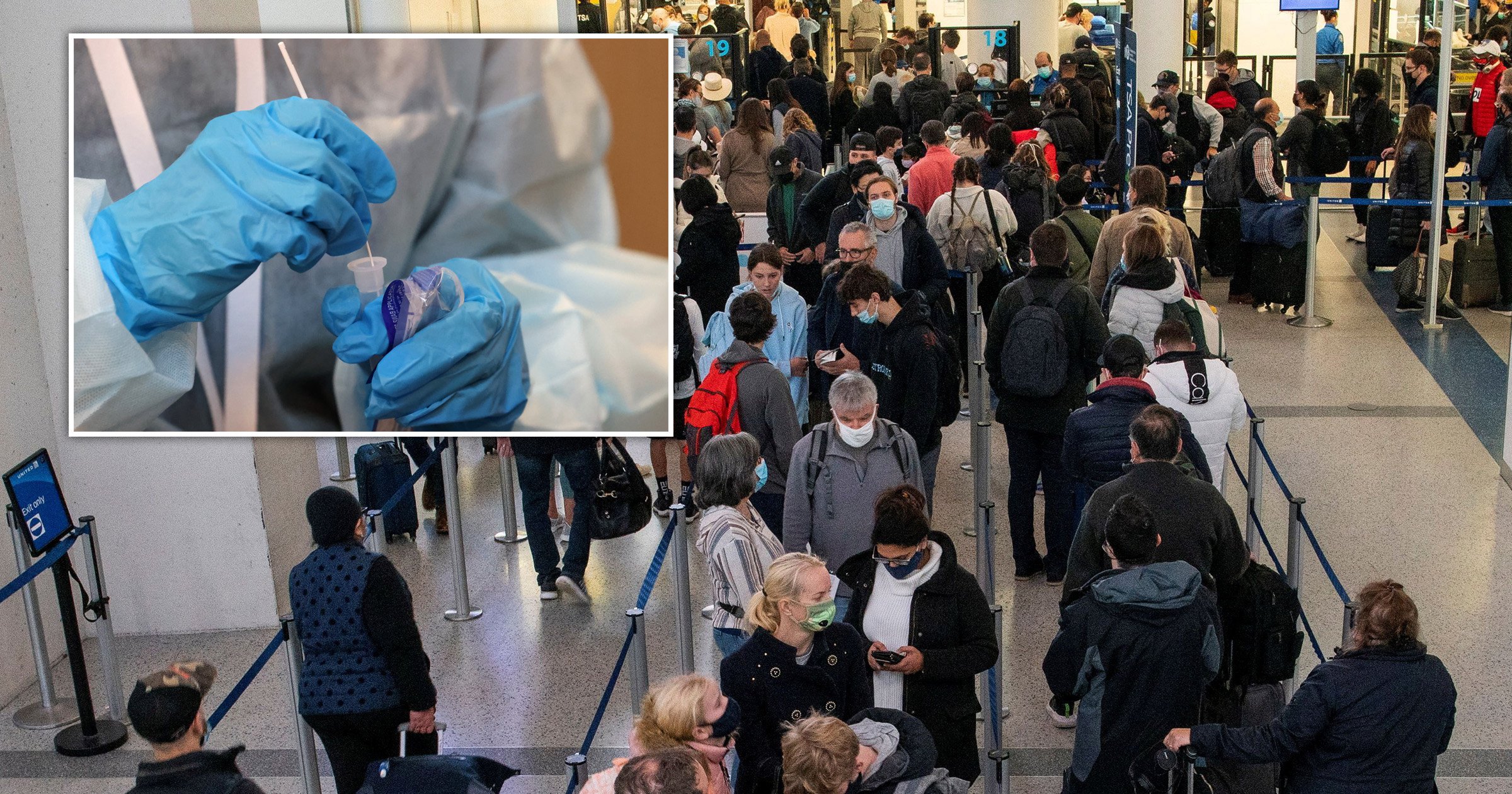 Ten cases of the Omicron variant have been recorded from New York to Hawaii, as new rules requiring international travelers to obtain a negative Covid-19 test within a day of travel go into effect on Monday.

Beginning Monday, all international travelers entering the US will have to show a negative coronavirus test taken within 24 hours before their flight. All travelers, domestic and international, will be required to wear masks on airplanes, trains, buses and other transportation through March 18.

White House Press Secretary Jen Psaki said Thursday that ‘nothing is off the table’ including the possibility of requiring vaccinations for domestic air travelers.

On Thursday, Hawaii became the fifth state to confirm a case of the newly discovered Omicron variant of the coronavirus. The news came shortly after officials in New York shared there are five confirmed cases of the variant in the state.

Four out of the five cases were New York City residents; the fifth was a woman from Long Island who recently traveled from South Africa. The vaccination status of most of the individuals is unknown.

Not all of the people who tested positive for the variant in New York traveled recently, officials said, indicating community spread was likely.

‘The Omicron variant is here in New York City and New York State. We are in a situation where there is community spread. This is not just due to people who are traveling,’ said New York City Health Commissioner Dr Dave Chokshi.

One day after the first domestic case of the highly mutated strain of the coronavirus was located in California, officials in Hawaii, Colorado, Minnesota and New York all reported cases.

Some of those infected have traveled to South Africa in recent weeks. However, some had only traveled domestically.

A Minnesota resident, who was vaccinated, reportedly traveled to New York City for an anime convention on November 19. But the Hawaii resident had not traveled at all prior to getting infected with the variant. They had also previously been infected with Covid-19, officials said, and were reportedly not vaccinated.

A second person in California has also tested positive for the variant.

Most of those infected are reportedly experiencing mild to moderate symptoms, according to state officials.

Officials at the local and federal level have said it was only a matter of time before the contagious new variant made its way into the states. The White House has used its arrival as a reminder to Americans to get vaccinated, or receive their booster shot if they are eligible.

The White House’s chief medical adviser Dr Anthony Fauci said the discovery ‘is another example of why it’s important for people to get vaccinated who’ve not been vaccinated, but also for boosting’, in a news conference earlier this week.

The World Health Organization (WHO) has warned that the global risk of the new variant is ‘very high’.

The variant has a high number of mutations that suggest it may spread just as or more easily than the Delta variant, which currently accounts for 99.9 % of Covid-19 cases in the US.

‘Omicron’s very emergence is another reminder that although many of us might think we’re done with Covid-19, it’s not done with us,’ Tedros Adhanom Ghebreyesus, director-general of WHO, told a special session of the World Health Assembly.

The variant has also been detected in the UK, the Netherlands, Italy, Portugal, Germany, Belgium, Canada, Australia, Israel, Hong Kong, Nigeria among other countries.