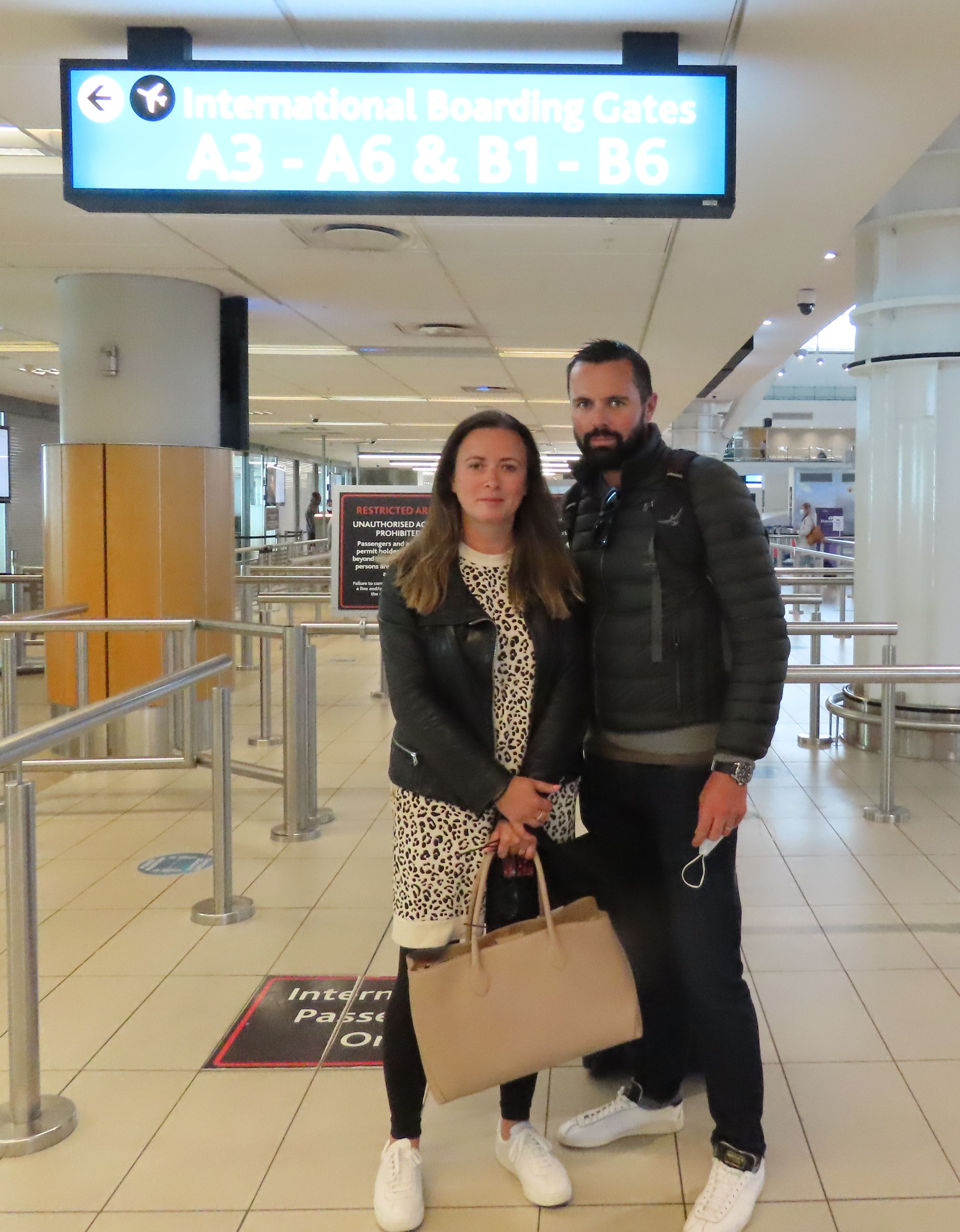 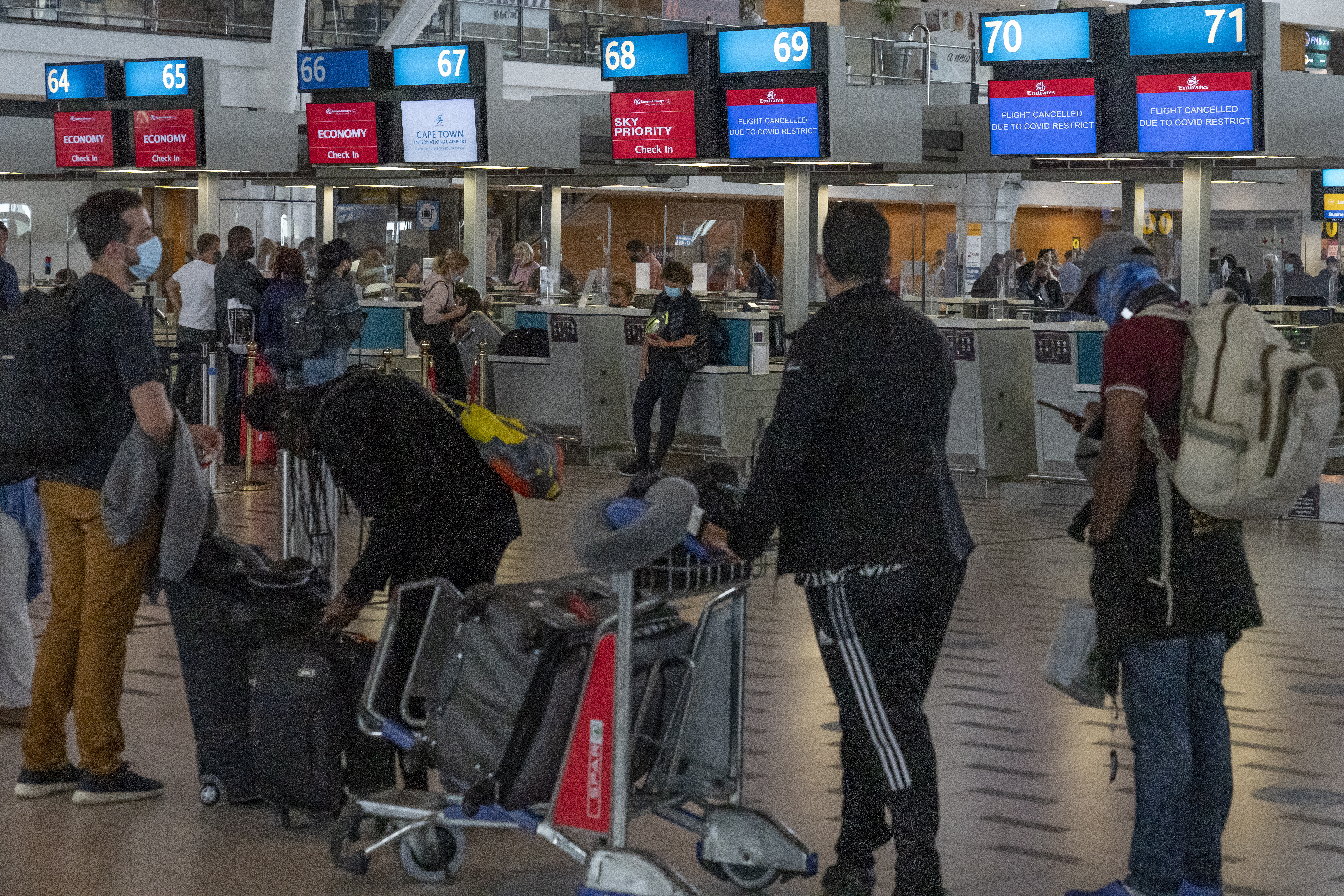 The couple now can't see their kids for ten days returning to the UK from Cape Town.

They were further angered by the disruption and chaos brought to their holidays when BA sent out a text late yesterday moving the time of the flight forward an hour till 9.45am.

The BA42 flight was fully booked way in advance with holidaymakers desperate to get home despite having to pay thousands of pounds each to quarantine when they touch down.

He said: "We arrived last Friday at 8am on the BA43 and only found out when we touched down at Cape Town and turned our phones on that South Africa had been red listed.

"We were at 36,000 feet when the decision was made and we found out that we had to be home again by 4am on Sunday morning to the UK if we were to avoid quarantine."

The couple left son Alex, 13, and daughter Georgie, 3, with their grandparents to get a well-deserved break but quickly made plans to get home.

Kerry said: "We tried all the airport desks at Cape Town International to try and get home and were told there was absolutely nothing so we just had to resign ourselves to it.

"I think Boris was totally wrong to ban all flights back as if we had just got off a plane and had not even got into Cape Town we should have been allowed an immediate return.

"After we got to our hotel and had to start hitting the phones but it became clear that we would have to quarantine at a cost of £3700 even though we are both double jabbed.

"It would seem that our holiday insurance will not cover us to we have to pay for it ourselves."

Simon explains they feel fortunate to be able to afford the heavy costs, but is worried about putting the children’s grandparents through an 18-day ordeal.

He claims their time away was "shadowed by anxiety" having to make constant phone calls to get a flight home that fitted with hotel quarantine.

He said: "It would have helped if the UK Government allowed newly arrived British tourists to come back home without quarantine on landing but banned South African’s from flying.

“We love South Africa and will be back but this has been handled so badly."

Photographer Mandy Tredoux, 57, from Leeds, Yorkshire, works out of Cape Town but has a daughter with an autistic child and toddler at home.

She said: "I planned the trip a month ago to help get my daughter Casey, 37, who is a single mum get Michaela, 13, who is autistic and her toddler Casey through Xmas and the New Year.

“They were all expecting me and I could not let Michaela down as she was so excited so I have no choice but to soak up the £2285 and sit in a hotel in quarantine for 10 days.

"This Omicron does not even seem to have started here and I think what Boris has done not only banning flights is shocking and I feel disgusted that South Africa was red listed."

On Sunday, Malawi, Mozambique, Zambia and Angola were also added to the travel red list. 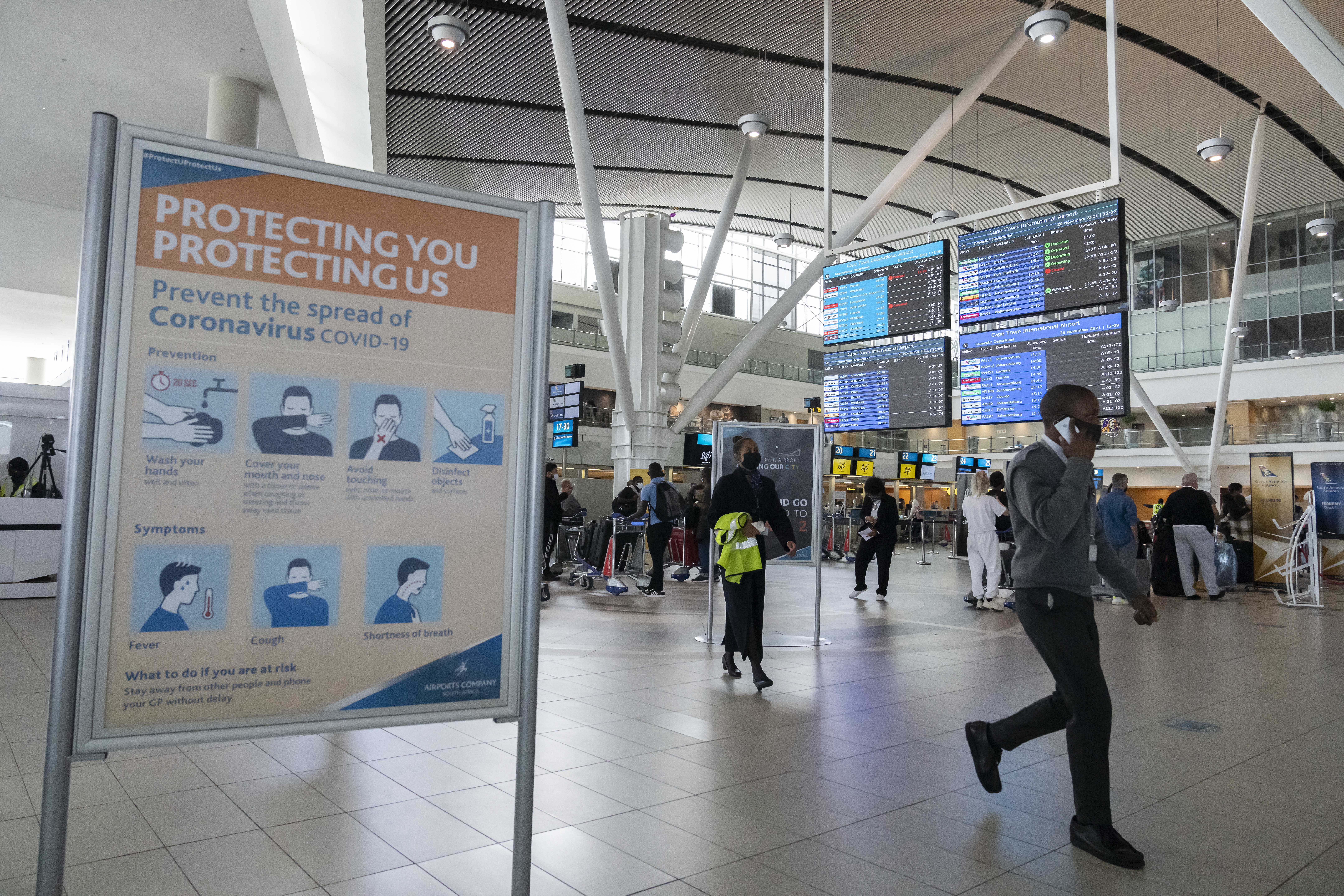 Sajid Javid said: “We will do all we can to protect the UK public against this emerging threat and that is why we are surging testing capacity to the impacted communities and introducing travel restrictions on a further four countries: Malawi, Mozambique, Zambia and Angola."

Earlier this week, care minister Gillian Keegan said European countries could be added to the red list if Omicron cases spiral on the continent.

The new travel rules are being kept under constant review and could be tightened further.

Covid cases in South Africa have rocketed by more than 400 per cent in a week as the Omicron variant spreads.

An explosion in infections saw 4,473 cases recorded yesterday, up from 868 cases last Tuesday, amid fears of the new super-strain.

Experts fear the fast-spreading Omicron variant could evade some of the current vaccine protection.

Gauteng province is the epicentre in the surge of in new Covid cases, with 72 per cent of the day’s cases, followed by the Western Cape and KwaZulu-Natal with six per cent of cases each.

Hospitalisations from the virus in Guateng, where less than 40 per cent of people have had a jab, have soared by 300 per cent this week.

The worrying spike in cases comes just days after Omicron was first detected in South Africa. 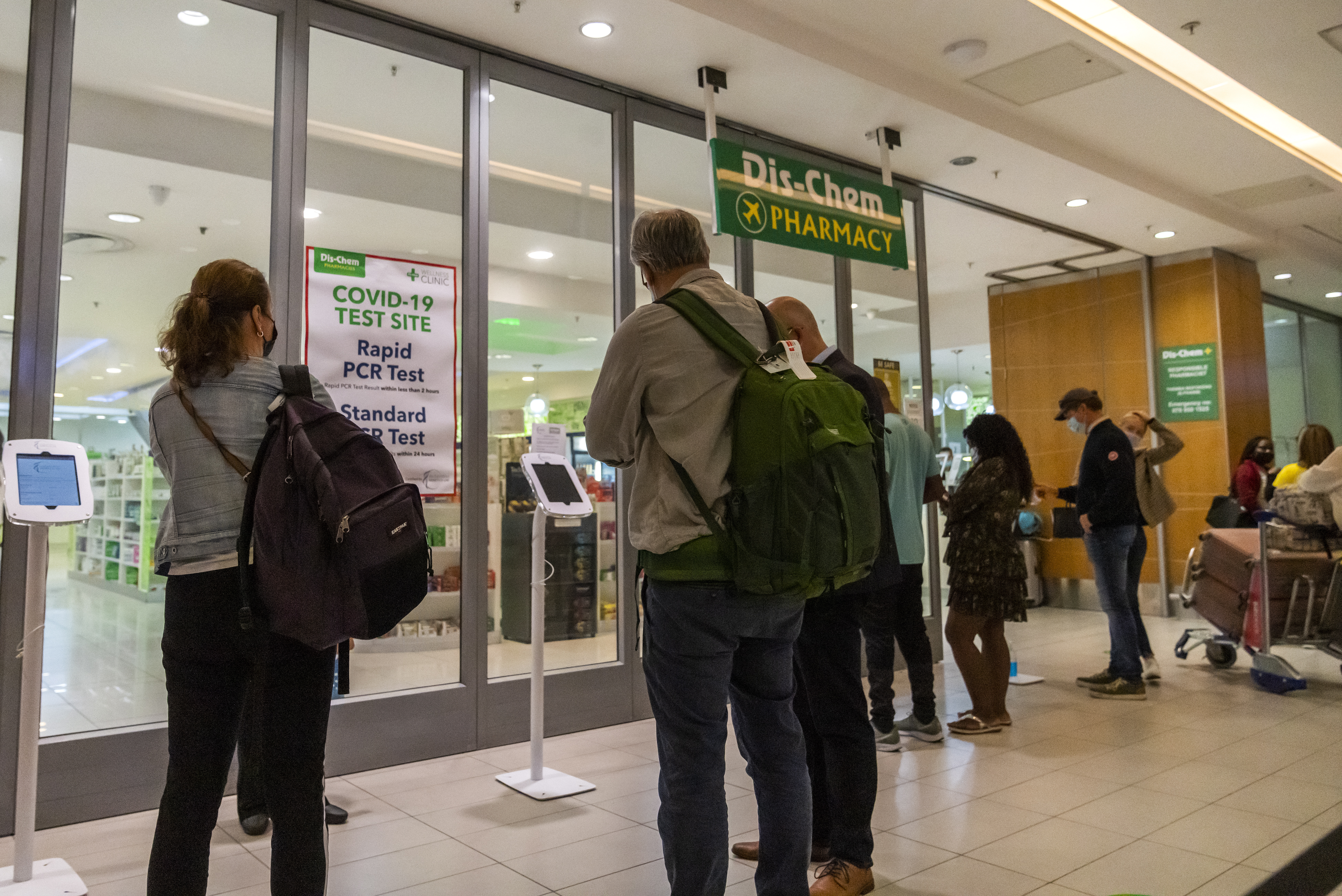 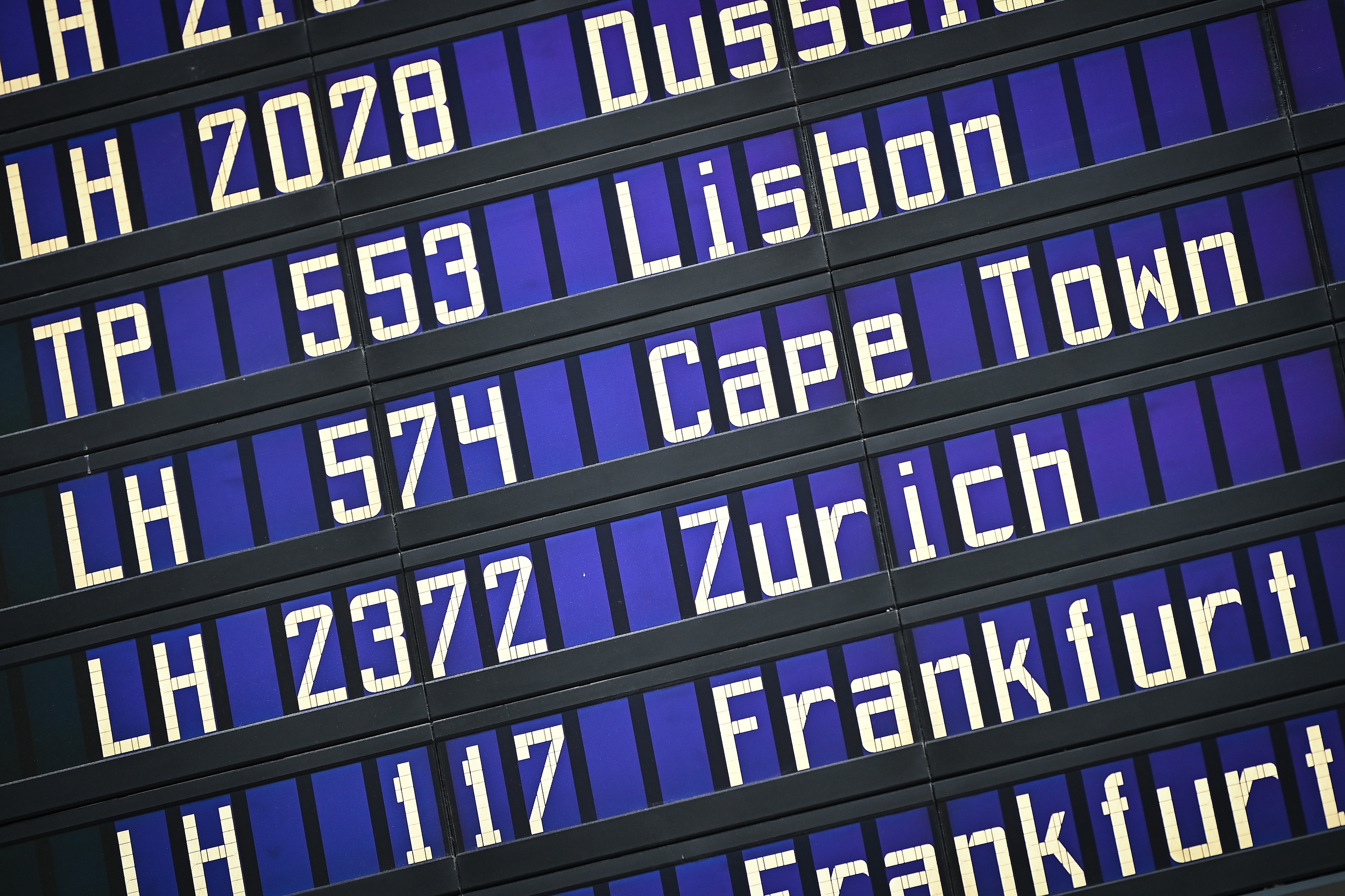 Where you should travel in 2022, according to your star sign