BORIS Johnson today refused to rule out the creation of a new "amber watchlist" of holiday destinations – but insisted he wants travel rules to be "as simple as possible".

The PM said he is "anxious" about importing new variants of Covid from abroad as he dodged questions on whether he personally favours tougher restrictions on foreign trips. 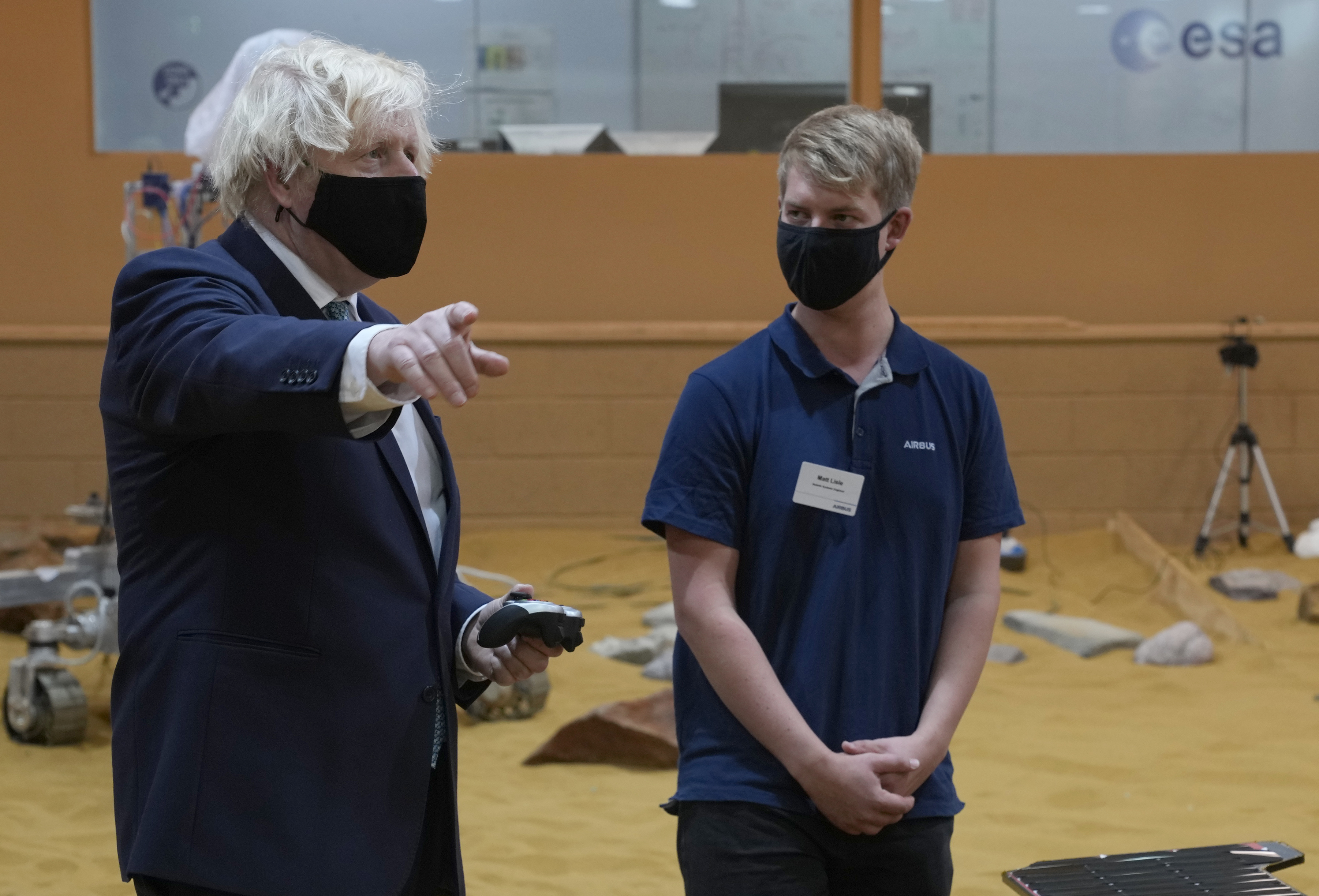 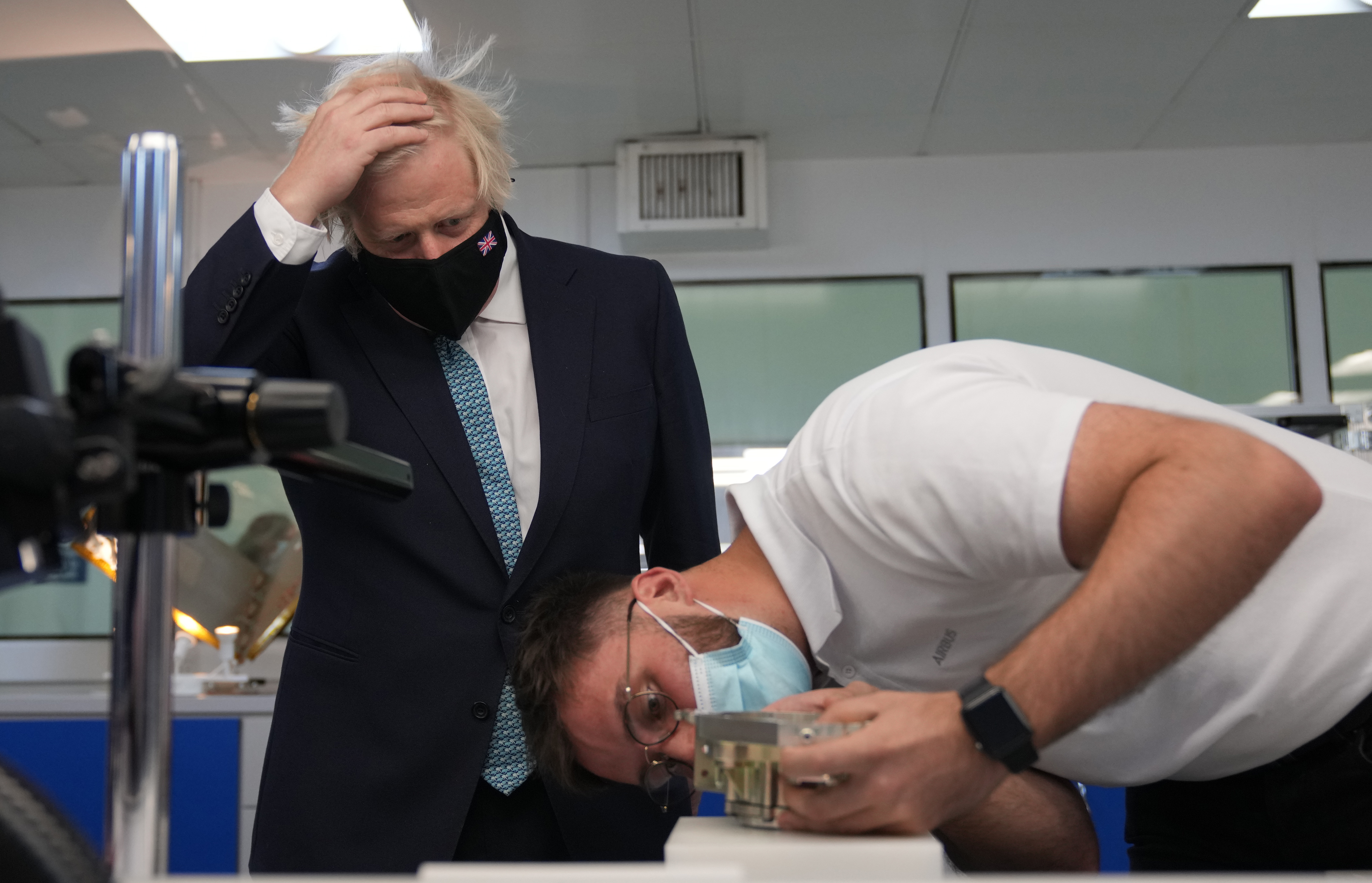 During a visit to the offices of aircraft maker Airbus in Stevenage, he was asked about the plans for a new category of countries at risk of being slapped on the hotel quarantine red list.

He said: "I understand that people care very much about their holidays, people want to go abroad, I understand how much people plan, prepare, for the summer holidays.

"But we have also got to remember this is still a dangerous virus and we must try and stop variants coming in, must stop importing variants from abroad, so we have to have a balanced approach.

"What I want to see is something that is as simple and as user-friendly for people as possible."

Boris said he was thrilled by the fast pace of the vaccine rollout which has meant "the UK economy and society is just about the most open in Europe".

But he added: "On travel we've had to balance it because of the anxiety a lot of people have – I have – about importing new variants, bringing back the disease.

"But we also have to recognise people want badly to go on their summer holidays, we need to get the travel industry moving again, we need to get our city centres open again.

"And so we want an approach which is as simple as we can possibly make it."

The PM is facing a growing backlash over the "amber watchlist" plan that would add a fifth category of travel restrictions.

Industry chiefs have warned it is now "last chance saloon" to "save the summer" and the move would be a "disaster".

The new category would warn Brits of countries that could be slapped on the red list carrying a £1,700 hotel quarantine.

There have been reports it could even include major European destinations like Italy and Spain.

Business chiefs have reacted with dismay to the plans which they've said would spell "disaster" for the already battered industry.

Travel expert Paul Charles said: "At the moment the system in the UK is choking off recovery.

"It's not helping the sector because there's no confidence to book because people are worried about places changing at short notice anyway."

The PM is also facing a fight with key members of his Cabinet and hordes of angry backbenchers over the plans.

And furious Tory MPs have blasted the move which would make going abroad “inexplicably complicated” for Brits.

The PM is also facing a fight with key members of his Cabinet and hordes of angry backbenchers over the plans.

And furious Tory MPs have blasted the move which would make going abroad “inexplicably complicated” for Brits. 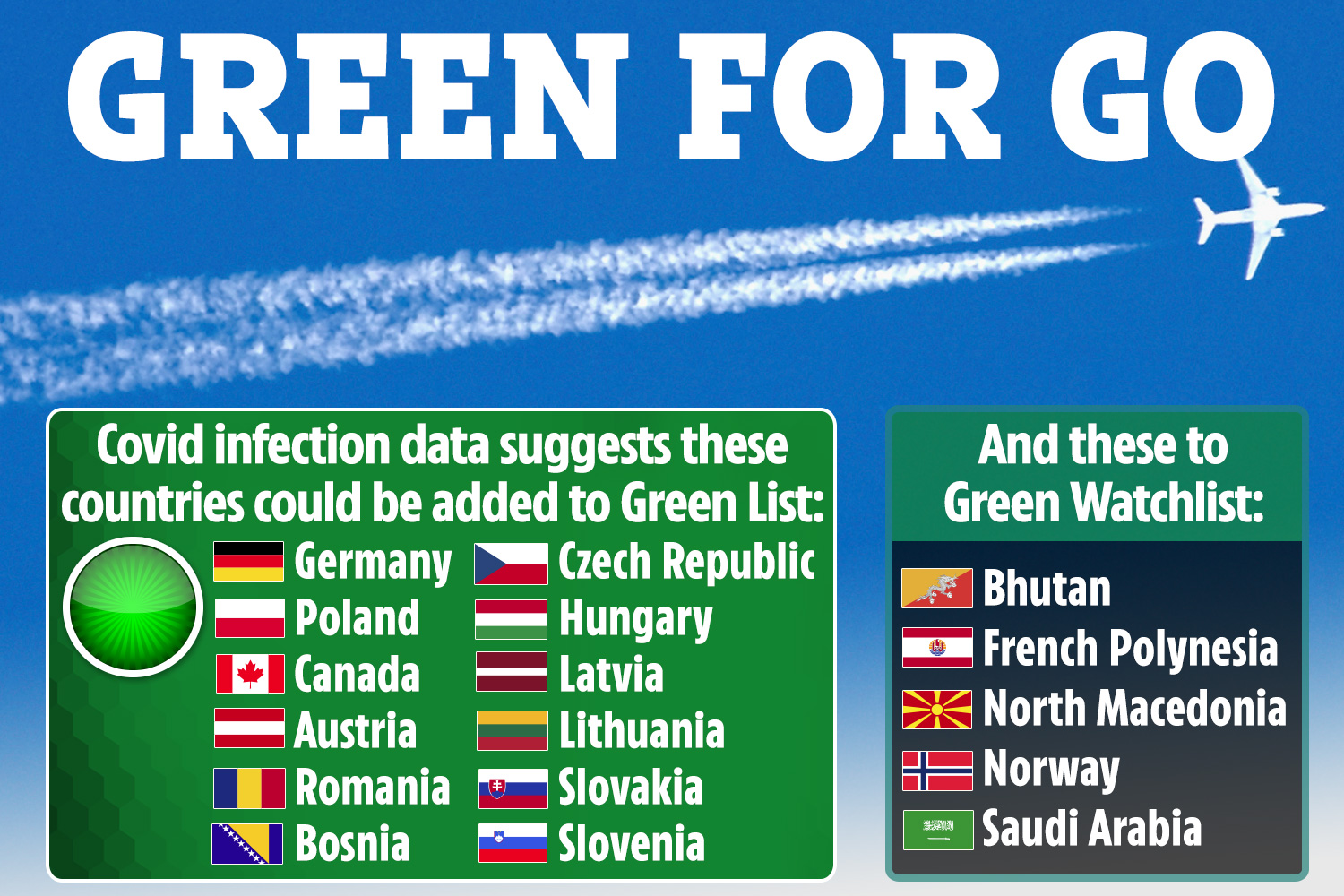 But in a separate holidays boost today travel experts said 17 more countries could be added to the green lists this week.

Restrictions on visits to destinations including Germany and Canada may be eased thanks to their low Covid case rates.

The news will comes as a huge boost to hopeful holidaymakers and the millions of Brits who have family living abroad.

Travel consultancy firm the PC Agency analysed the data from nations around the world to see where is on course to be opened up.

It says the countries that could be added to the green list are:

Experts said a further five nations have seen a big enough drop in new infections to make the green watchlist.

Ministers are set to make the latest updates to the travel traffic light system on Thursday.

At the moment all Brits can travel to countries on both green lists without having to quarantine on their return.

Holidaymakers have to take a test before boarding the plane back to the UK, and another on day two after their arrival.

The green watchlist indicates those countries which ministers believe could turn amber due to rising case rates.

There are currently 30 countries on the two green lists, most them very small. Croatia and Malta are the only popular holiday haunts.

The majority of favourite destinations, including most of Europe, are on the amber list.

That means only Brits who have been double-jabbed can go there without the need to self-isolate for 10 days on return.

And even then, all visitors have to take two costly Covid tests after arriving back in the UK.