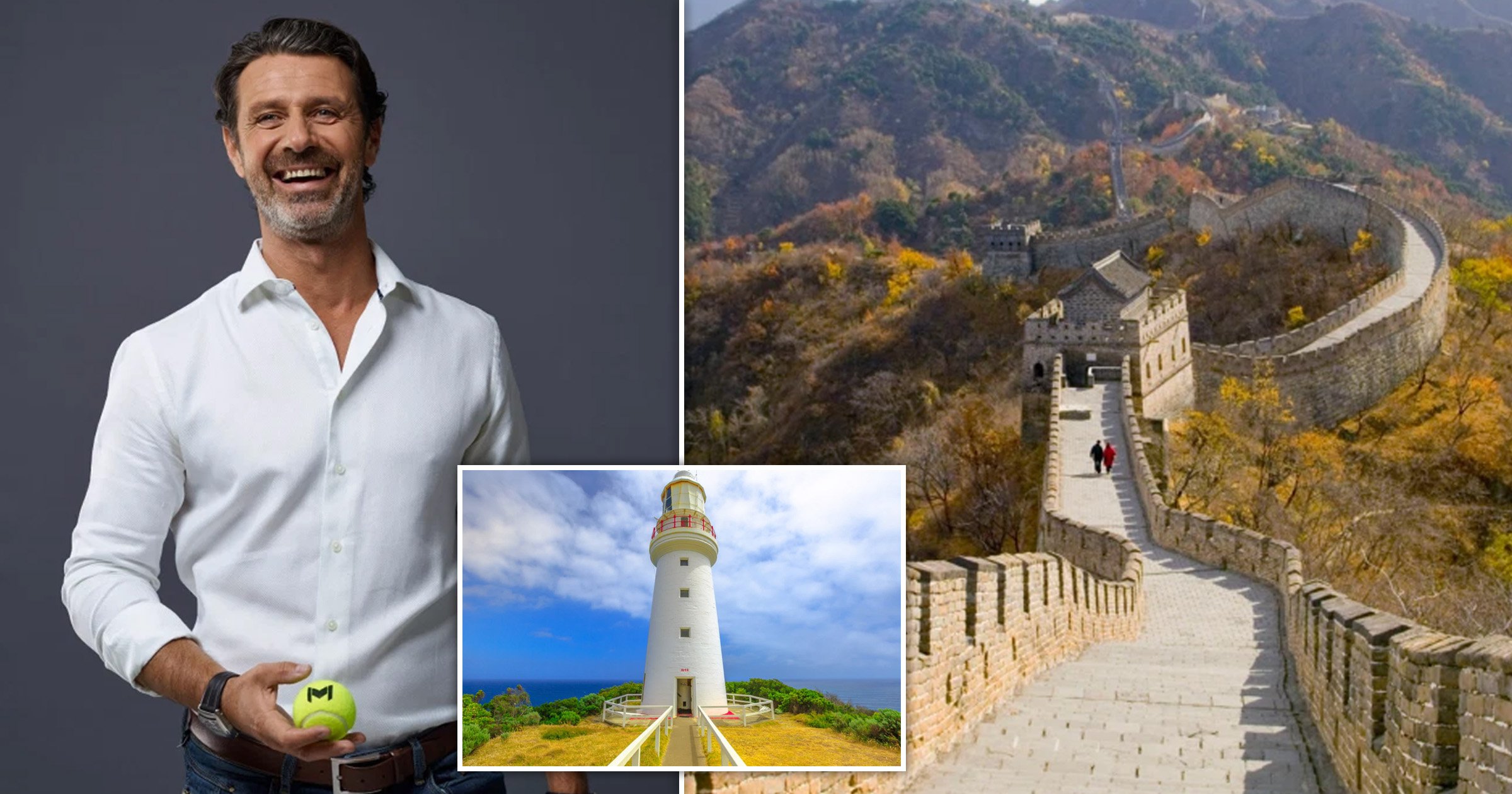 Being Serena Williams’ tennis coach means you spend a lot of time on the road.

But when Patrick Mouratoglou isn’t training the 23-time Grand Slam champion, he’s traveling to incredible locations around the world.

From the Great Wall of China to a desert night in Jordan, here are some of the highlights.

Plus, he reveals where you can see Serena’s trophy collection for yourself.

What is your favourite on-the road moment?

Visiting the Great Wall of China with my kids, who were eight and seven at the time.

It’s totally impressive, and the size of everything there is astonishing, but what was most surprising to me was the reaction of the locals, who asked if they could take pictures of the kids.

They’d never seen European children and wanted to capture that moment and show the pictures to their friends.

It felt a bit unreal to me and was a stark realisation of how isolated from the rest of the world the country is.

And your favourite city?

New York. I love the craziness, loudness and busyness. One of my favourite things is the diversity of restaurants.

My go-to spots include Bagatelle for French-Mediterranean cuisine, Avra Madison for traditional Greek food and Sushi of Gari 46 for sushi.

The Meatpacking District has such a positive energy, especially during summer evenings. I also love running in Central Park.

The city holds an anything-can-happen feeling, which is exciting.

What is the best souvenir you’ve come home with?

It has to be a trophy. Since I began working with Serena, she’s won more than 30 trophies, including a monumental ten grand slams.

She is incredibly generous and has allowed me to keep the trophies from her victories which, I am proud to say, are standing in the Mouratoglou Museum at the Mouratoglou Tennis Academy.

Cape Otway Lightstation, which is the oldest surviving lighthouse on mainland Australia.

I had decided to drive the Great Ocean Road, which is about 400 miles along the sea, and headed up through a forest of giant trees before ending up at a lighthouse in the middle of nowhere, which turned out to be a very small hotel with a handful of rooms.

I asked the owner how I’d get to breakfast and he told me I’d have to travel back through the forest again to the next city, which was 60 miles away.

He also warned me that if I went there for dinner, I’d have to be incredibly cautious when driving to avoid meeting kangaroos and koalas along the way (rooms from £137.95).

And the best place you’ve spent the night?

In the desert in Jordan, where we explored by day and spent the night in a transparent bubble so we could sleep under the stars. The whole experience was breathtaking.

Brazil is on my bucket list because I love its music and vibrant culture. I want to witness and experience the energy that I’ve seen on TV, with kids playing soccer and dancing on the beach.

I’d also love to go to Nigeria. My wife is Nigerian, and she would like to show me her country and introduce me to the rest of the family.

The new Mouratoglou Tennis Center is now open at the Costa Navarino resort in the Peloponnese.

The New Reality of a European Trip: ‘Things Are Going to Change’

Forget going abroad, a weekend glamping in Devon could be all the holiday you need

TUI launches flash sale with £150 off summer holidays including Spain, Portugal and Greece – but you have to be quick

Brits flock to Port Isaac, Highclere Castle and Truro for staycations after seeing them on TV shows