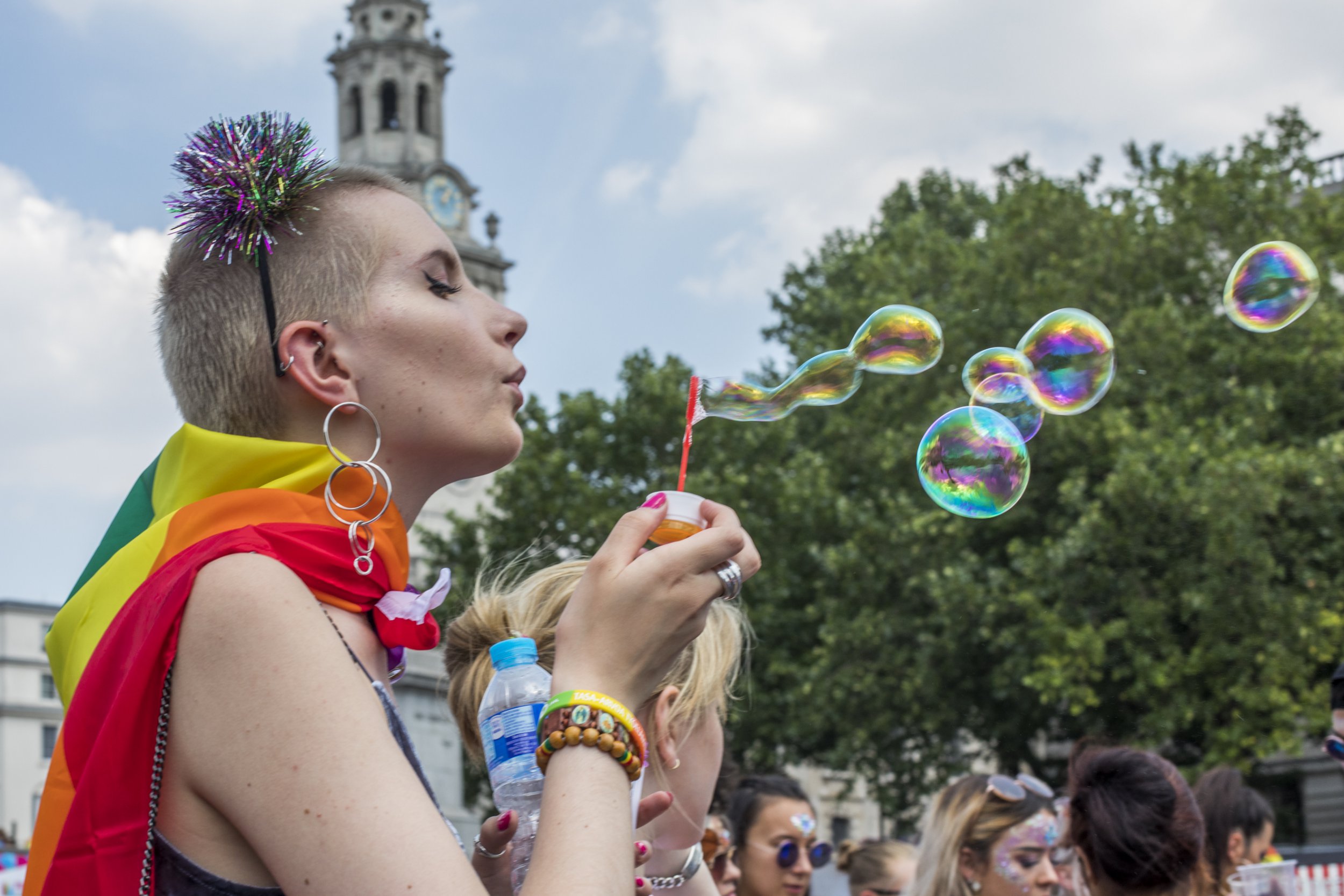 The rainbow has landed! Pride is sweeping the nation with post-Covid celebrations scheduled across the Queendom.

London is celebrating its half-century, Brighton has signed up the biggest names and Manchester… well, Manchester will always be special.

From major metropolises to tiny towns, the nation has turned rainbow and body glitter is ready to sparkle on every front room carpet.

But what will you wear?

Pride is back, bigger and bolder than ever before. Here’s the top pick of events around the country…

When you wangle Steps to headline your Pride celebrations, you know you’re doing a good job.

That’s just one of the attractions at the new Smithfield site, which is mere, ahem, steps from the Gay Village, the 12-acre site where up to 20,000 LGBTQ+s are expected to take in the attractions from the Cabaret Stage to the Dance Arena.

Details are as yet to be finalised but going by what went down in 2019, we can expect a return of the UK’s first ever Pride River Parade, you know, like they do in Amsterdam.

Expect the River Cam to be taken over by punts decorated in rainbow colours to represent the diversity of the local LGBTQ scene.

The rest of the fun happens on Jesus Green.

It’s Yorkshire’s biggest LGBTQ+ day out and, they reckon, the UK’s friendliest Pride with The Robert Payne Parade set to be mega with everyone from TransLeeds through Frontrunners to The Prince’s Trust currently designing outfits and floats as we speak.

And never mind that they have a stage, a whole roster of acts and a marketplace, they’re sticking by their commitment to keep Pride free to all comers.

Pride in Liverpool is not just a pre-requisite for living there, it’s also an event that is back after a two-year gap. There’s a parade and a party centred around the Tithebarn Street festival hub, which is dead handy for the local Pride Quarter, where it all goes on.

With many details still to settle, the main stage is sponsored by Barclays and the event is still free for everyone to attend.

They call it Northern Pride, which seems a bit presumptuous, but we reckon they can live up to it with a line-up that includes Melanie C left, Joe McElderry and a Taste of Ibiza.

With a rallying cry of ‘Remember, Resist, Rise Up’, a return of the popular dog show, a Fourth Plinth to showcase trans and non-binary talent and a launch party starring Todrick Hall, Jodie Harsh and Bimini of Drag Race fame on the Friday, it’s set to be a humdinger.

The Pride Cymru Big Weekend, two days of Welsh-style shenanigans with a mile-long parade, three stages and all the bars and street food you could wish for in and around Cardiff City Hall Lawns, is set to draw 50,000 people over two days making it the biggest Pride event in the Principality. And while it’s ticketed, it’s only a tenner.

A bit of a two-part celebration is what Brighton does best with the parade through the streets in the morning then either the Pride Village Party in town or a major decamp to We Are Fabuloso in Preston Park for the two-day, big-name entertainment, fun-fair, dance tents, drinking and general carrying on.

Celebrating the 50th anniversary of the first march back in 1972 (though how they marched in those platform boots is anyone’s guess), Pride in London is returning to its original route, from Marble Arch, down Park Lane, Piccadilly onto Trafalgar Square…

The main stage hosts Ava Max and Emeli Sandé, among others, while Leicester Square (female, trans and gender-neutral only) and Dean Street stages each have a huge roll call of stars, too – guaranteeing a mass drinkathon throughout the streets of Soho. It’s going to get messy.

The August Bank Holiday has always belonged to Manchester, who pull out the biggest, most fun parade in the whole of the Northern Powerhouse (look out for the Coronation Street float!) with a 2022 theme of March for Peace.

There’s also a Candlelit Vigil, to remember those the LGBTQ+ community lost to Aids, the ticketed Gay Village Party, where Canal Street and environs go off and Superbia Weekend, an alcohol-free celebration of queer culture.

The concert idea from 2019 has been scrapped but hundreds of artists have been promised.

And we’ve got some great names on board to help us, too. From a list of famous guest editors taking over the site for a week that includes Rob Rinder, Nicola Adams, Peter Tatchell, Kimberly Hart-Simpson, John Whaite, Anna Richardson and Dr Ranj, as well as the likes of Sir Ian McKellen and Drag Race stars The Vivienne, Lawrence Chaney and Tia Kofi offering their insights.