A piste of the action for penny-pinchers: Discovering that a joyful family ski trip in France doesn’t have to cost the earth

Forget happy hour. The key to great après-ski, as far as my children — aged 14, 13 and ten — are concerned, is not to be found on any cocktail menu.

It’s a heated swimming pool. No matter how things go on the slopes, the day will always close on a high if there is a swim at the end of it. In many resorts, that comes at a steep price. But not in the French village of Les Saisies.

I had not heard of it until I contacted Peak Retreats, whose formula rests on an extensive portfolio of carefully selected self-catering apartments, usually on a par with a four-star hotel, all in the French Alps and all inside a day’s drive from the Channel ports.

Going in your car not only brings the price down but the overall journey is not much longer than the plane option. Les Saisies is less than a two-hour drive from Grenoble and, although it’s a purpose-built resort, it looks like a proper Alpine village. 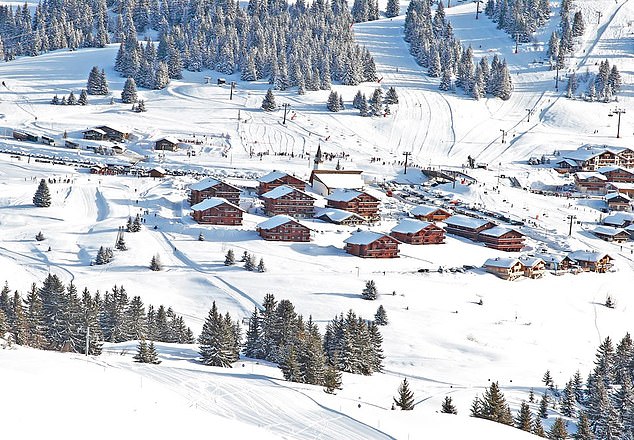 It has 50 miles of pistes, mainly blue and red runs, which are perfect for beginners and intermediate skiers.

It might be lacking in throbbing nightlife but the same applies to two equally irksome ski holiday hazards: queues for the lifts and boy racers. We encountered none.

‘It has 50 miles of pistes, mainly blue and red runs, which are perfect for beginners and intermediate skiers,’ Robert says of Les Saisies, above

The residence has ski-in/ski-out access to a nursery slope leading straight down to the village (where the Signal sports centre has a swimming pool too). With a well-equipped kitchen/dining area, we happily ate in each night. There are shops and supermarkets within a five-minute drive.

Being next to Mont Blanc, it also keeps its snow longer than most. You can also drive to Les Contamines-Montjoie, as we did one day, for some more demanding upper slopes. 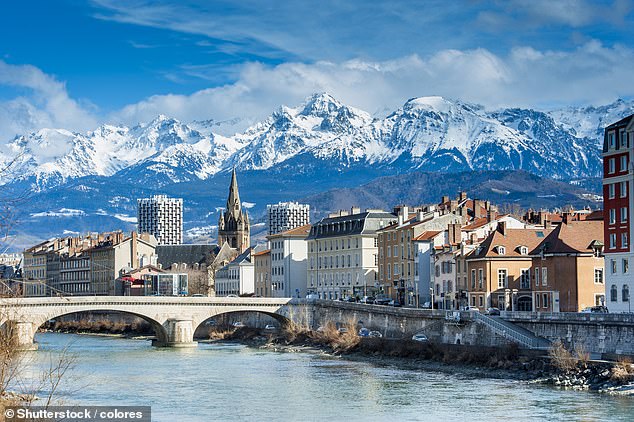 Les Saisies is less than a two-hour drive from Grenoble, pictured

Robert and his family stayed with Peak Retreats at Amaya in Les Saisies. Seven nights’ self-catering in a two-bedroom apartment from £327pp, including Eurotunnel crossing and FlexiPlus upgrade (peakretreats.co.uk).

The children shared a ski instructor for an hour each day — it cost the same as packing all three off to ski school for the whole morning, and they preferred it. The rest of the time, we skied en famille. Les Saisies offers more than skiing, not least Mountain Twister, a toboggan-style roller coaster built into the mountain. One afternoon, we booked rides on a fleet of snowmobiles for a thrilling spin all over the mountains.

The village is also home to an ingenious local invention called Snooc. You walk up the hill for an hour or two using snow shoes and carrying ‘le Snooc’ in a small backpack then tip out the contents, which slot together to become a snow scooter. Then you all career off down the slope, with much skidding, falling off and laughter.

As for eating out, try the tartiflette at Les Marmottes, while, on the slopes, Chalet Mignod produced great diots (Savoy sausages). The best food (and view) was at the enchanting Patafan, a mountain-top refuge for skiers, climbers and hikers who can enjoy braised veal and roast veg for £15.

Les Saisies might not command the celebrity status of the big-name Alpine resorts, but, gratifyingly, it doesn’t command their prices either.