This tiny island has just been crowned Italy's city of culture 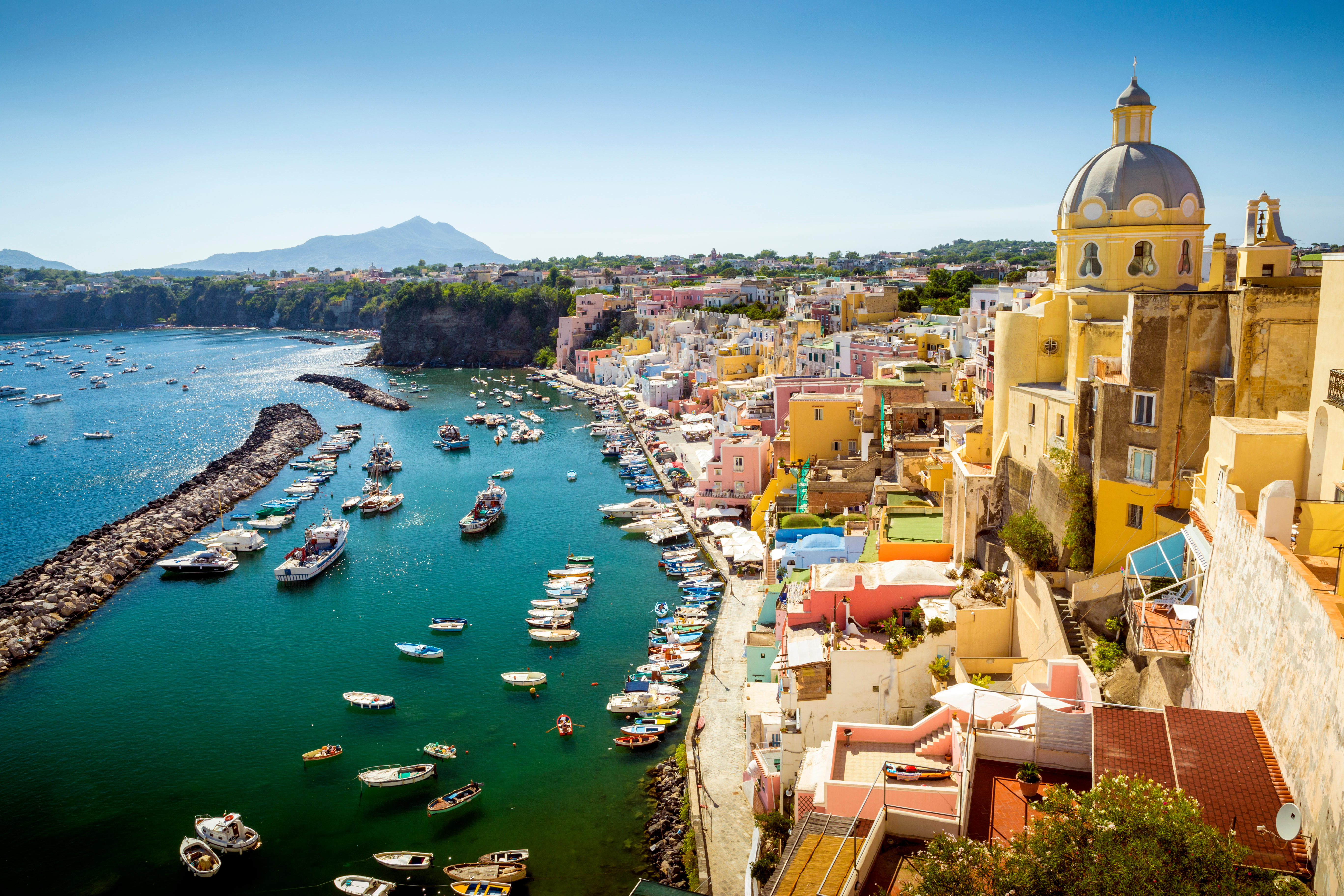 On a small patch of land by the harbour of Procida, a picturesque little island just an hour by ferry from Naples, a man has enlisted a gaggle of children to help him build an oversized paper boat.

The paper has been treated to be water resistant – just as well as the man, German artist Frank Bolter, then plans to sail out to sea in it. Once all the necessary (giant) folds are made, the heavy but surprisingly substantial-looking contraption is carted down to the beach.

After a few moments making sure it’s definitely seaworthy, Frank is helped in and, towed by a friendly sailing boat, his maiden voyage on the Med begins.

It’s one of the delightfully eccentric pieces of performance art marking the inauguration of Procida, a previously under-the-radar destination, as Italy’s Capital of Culture.

Although it was among the locations used for Jude Law and Gwyneth Paltrow’s 1999 film The Talented Mr Ripley, Procida is usually overlooked in favour of its glitzier Bay of Naples sisters, Capri and Ischia.

This year, however, this charming, vibrant island is grabbing a slice of the limelight.

From the moment I arrive, greeted by a profusion of buildings in chalky, Neapolitan ice cream shades, I fall in love. I take one of the island’s compact electric-powered buses (free to use until the end of the year) to my hotel in Chiaiolella, right by the water.

The driver navigates incredibly narrow roads, often overtaken by plucky nonne and nonni (grandmothers and grandfathers) who sail effortlessly up the sometimes steep streets on e-bikes, dodging delivery vans who hurl themselves out of alleyways as the scent of honeysuckle permeates the air.

The island is largely visited by in-the-know Italians from the mainland but this year’s programme of cultural projects – from music to art and cinema, involving 240 international artists – aims to attract  a wider range of visitors.

It’s the first time the title has gone to an island, and the laid-back locals are fiercely proud. I get chatting to Vincenzo, a handsome, craggy-faced 78-year-old who owns Ristorante Graziella in the ridiculously pretty fishing village of Corricella, where each building is the colour of a sugared almond.

As I tuck into a plate of the local speciality, spaghetti with lemon sauce, he tells me: ‘Ischia is the big island and Capri is the rich one but we are the authentic island so it’s great we’re being noticed.’

His friend Giulia, who is volunteering during the initiative, adds: ‘Procida is a really open, friendly place – there’s a big sense of community.’

I notice this from wandering around, as people greet each other in passing or stop for short gossips outside supermarkets (there are only 10,000 inhabitants and the island covers less than two square miles).

Then I head up a winding incline, past lemon and olive trees, to the Terra Murata, the walled area at the top of the island where the population first lived in the 15th century.

They perched up here to get away from pirates, including Barbarossa and his gang, later fictionalised as Barbossa in Pirates Of The Caribbean.

Dominating the skyline is the Palazzo d’Avalos, built as a fortification and lived in by a succession of aristocratic families until it was converted into a prison in 1830. Now it’s used for events and exhibitions, and offers great views out to Naples and Vesuvius, and the black volcanic beaches of the coastline.

I end my day with a dip in the sea, squinting to see any sign of Frank, though later I hear his boat trip passed without incident.

That night, the sunset is striking, evolving from pink to orange and deep violet; just Procida being colourful to end.

Rooms at the Grand Hotel Oriente, Naples, from £158pn. Rooms at the Crescenzo Hotel from £104 pn.

Download the Procida Island app for bus and ferry timetables, and more. See procida2022.com and visitprocida.com for more information.

Flights to Naples from £75 return, via Wizz Air. Ferry from Naples to Procida from £14 one way, via Caremar.