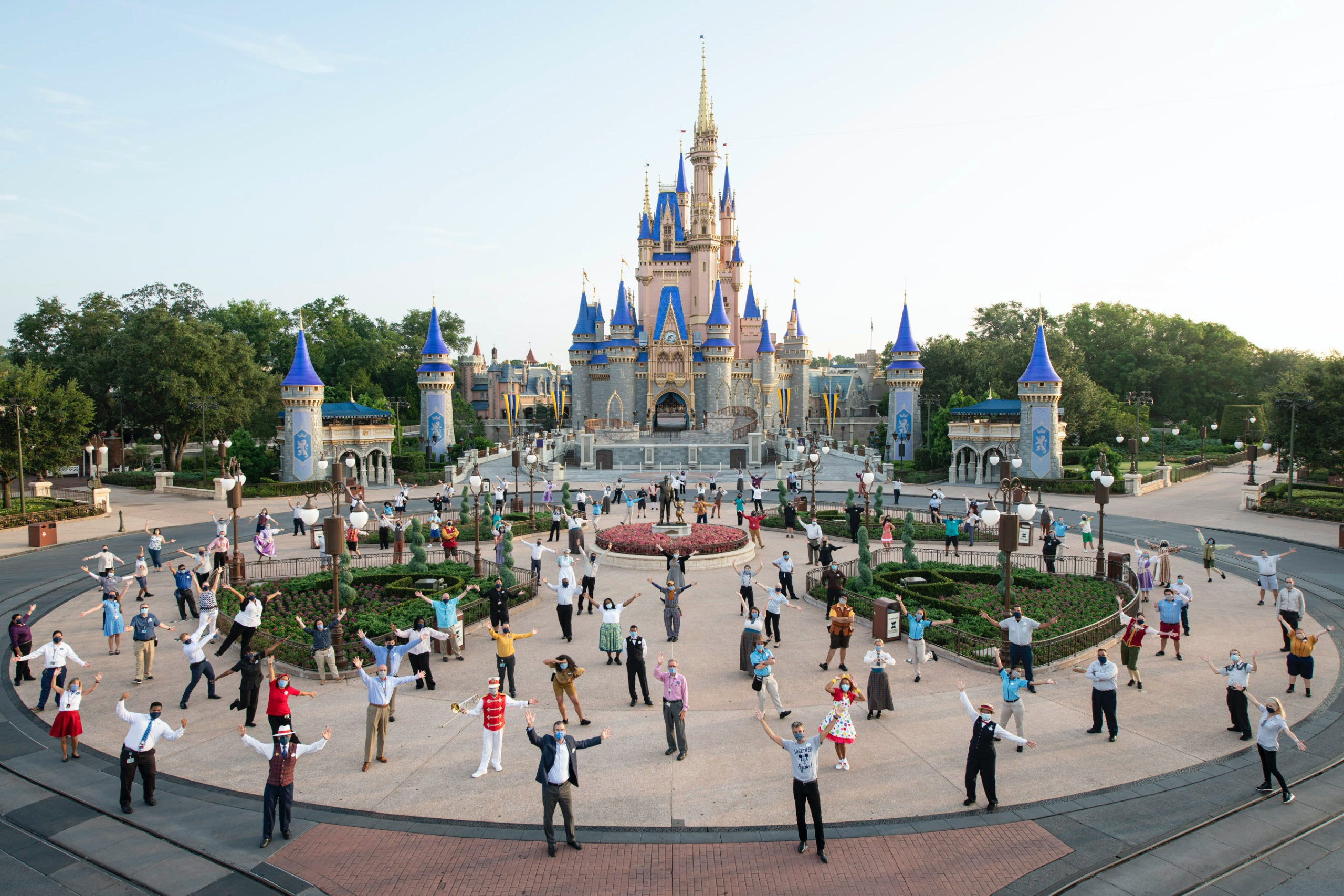 Disney is sharing some little-known details about the Magic Kingdom with fans. Thanks to a video tour of Disney World created in partnership with Travel & Leisure and Disney Imagineer Gary Landrum, you can take a virtual walk through the park and nerd out on the coolest secrets about your favorite attractions. Keeping the magic alive is so easy with illuminating walk-throughs of iconic locations like the Beauty and the Beast-inspired Be Our Guest restaurant and the Cinderella Castle Suite.

During the nearly 14-minute-long YouTube video, which was shared on April 1 as part of the "Walk With Travel + Leisure" series, Landrum virtually leads Disney stans from Main Street, U.S.A. to the legendary exclusive suite located in the Cinderella Castle while sharing little-known details about the park. First up is Main Street, U.S.A., which, contrary to popular belief, isn’t based on Walt Disney’s hometown in Missouri but is meant to evoke small towns in the United States at the turn of the century.

After divulging some little-known facts about the iconic Walt Disney statue located at the front of the park, like what sculptor Blaine Gibson imagined Walt Disney would have said to Mickey Mouse ("Look at all that we’ve accomplished. Look at all the happy people.") as he pointed down Main Street. Landrum points out how the designers conceived a layout for the entrance to Disney World to be similar to a movie set —leading you up Main Street until you come upon the Cinderella’s Castle — before he takes the tour to Tomorrowland.

"Walt Disney had one foot firmly in the past and another planted firmly in the future," Landrum says during the video, revealing the land holds a special place in his heart and is "dedicated to our shared aspirations for the future."

Before taking the tour to Fantasyland, Landrum shows off the Carousel of Progress and the fan-beloved ride Space Mountain, which he reveals was the first computer-controlled rollercoaster in the world when it was unveiled in 1975.

Fantasyland is the next up, and Landrum is visibly excited when discussing how designers used building materials with hard to soft consistencies to evoke the Beast’s evolution in the Beauty and the Beast-themed Be Our Guest Restaurant. It’s something diners probably never thought of, but it actually makes perfect sense once Landrum walks you through all the different rooms to the grand ballroom at the end.

After a brief stop at Liberty Square, which was originally planned for the OG Disneyland in Anaheim, California, viewers are taken to the four realms of Adventureland: British colonial Africa, a desert oasis, Polynesia, and the southern isles. Adventureland, also known as the home of the Dole Whip, was created to bring fans to locations around the world they might have only seen in movies.

To conclude the video, viewers are taken to a part of Cinderella Castle they might not have seen before: the iconic Cinderella Suite. The tapestries, stained glass windows, furniture, and other features all include incredible detailing and pay homage to the Cinderella story. From a grandfather clock that’s always one minute to midnight to an elevator inspired by Cinderella’s pumpkin coach, everything has been planned so you feel like you’re right in the fairytale.

These are just a few of the many cool stories about Disney World shared during the tour, so set aside some time to watch the video and make plans to keep an eye out for some of these new details during your next visit to the Magic Kingdom.