A TRAVEL blogger shared the five hacks for amazingly cheap vacations, including a tip on how to get kids to fly for free.

In a TikTok video, Christian Grossi revealed just how to start traveling again as Covidc-19 restrictions begin to lift in different parts of the world.

Know when to fly 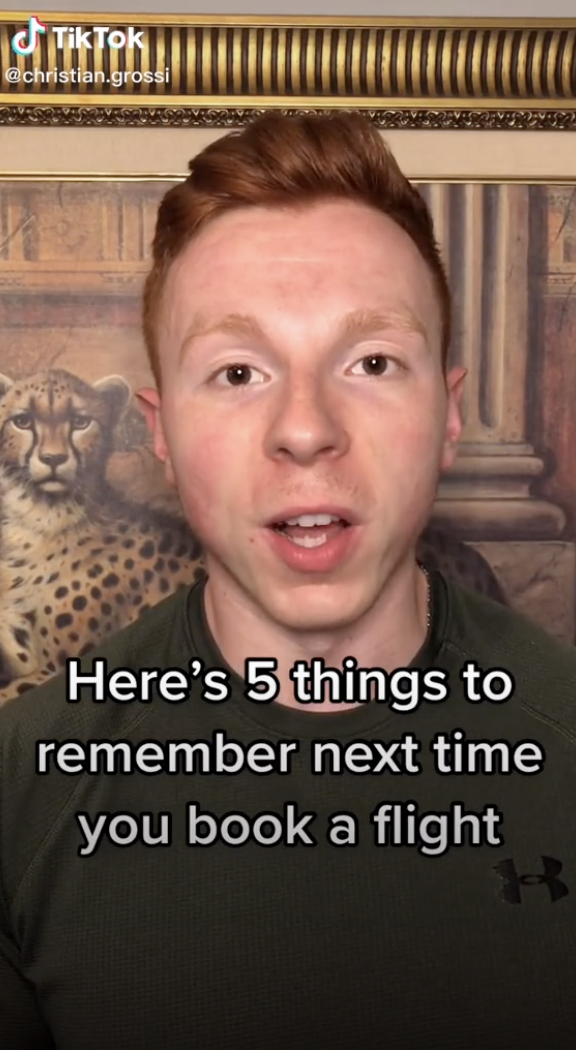 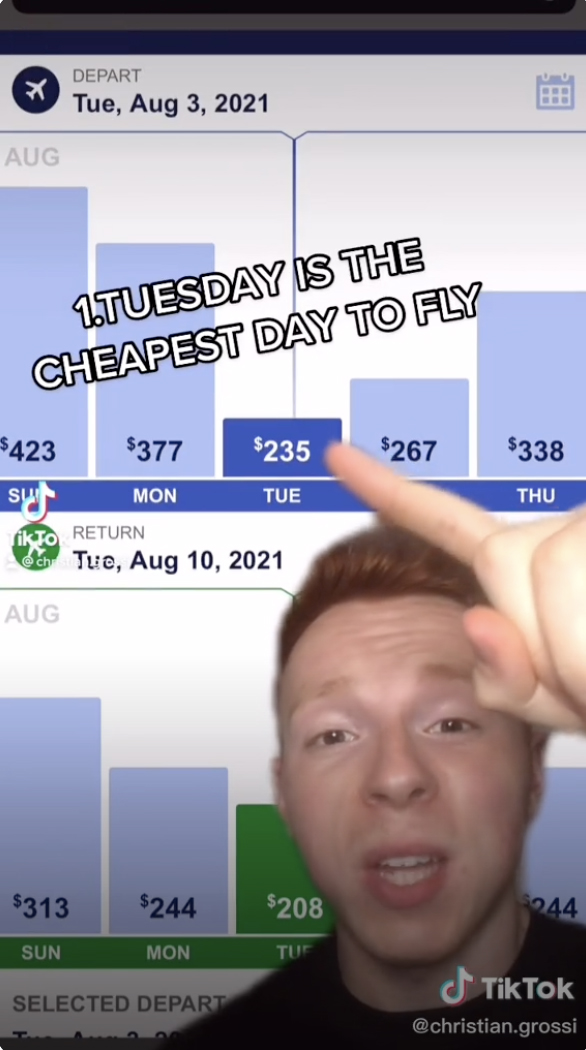 "The cheapest day of the week to fly is almost always Tuesday," Christian explained as he showed off the huge difference in prices between the weekdays. "With Wednesday not far behind."

Wednesday showed minimal price increase from Tuesday but still cheaper than the rest of the days.

Know when NOT to fly 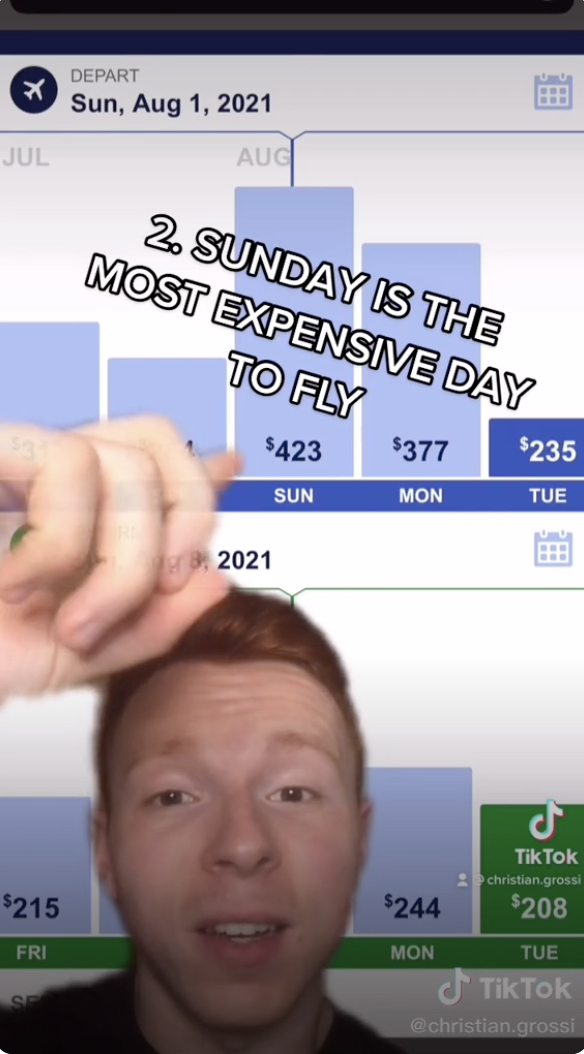 "The most expensive days to fly is on Sunday," he revealed.

In his chart, Sunday showed an almost $200 difference from the price on Tuesday and Wednesday.

Flight prices were on the $200 range for earlier in the week, while Sunday prices went up to $400.

Get your kids in for free 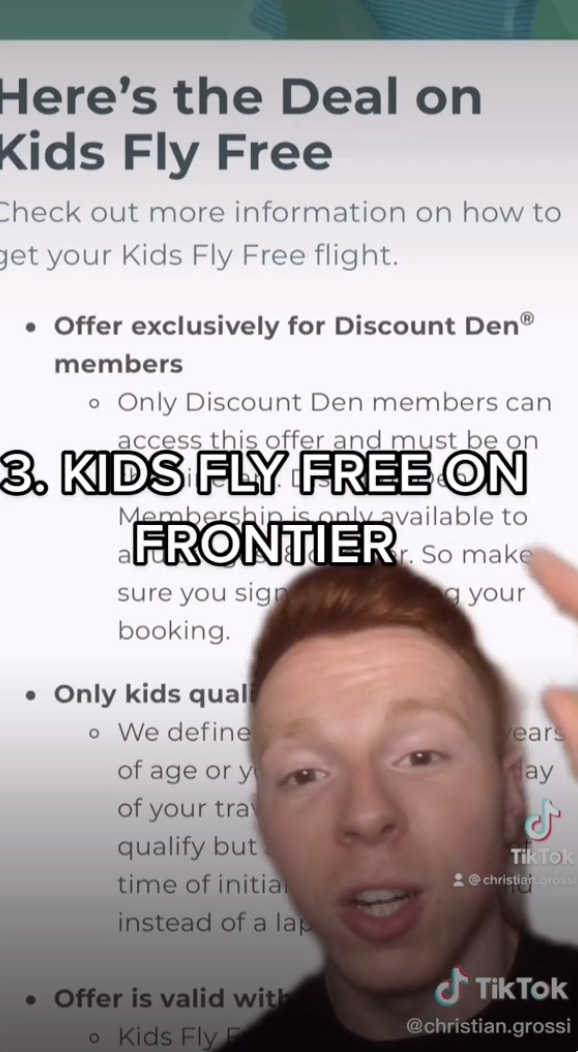 "If you're flying with kids, look into the Frontier airline because kids under 14 fly for free when they're accompanied by an adult," he revealed.

Other airlines that let kids fly for free or at a reduced fare are Air Tahiti Nui (kids 11 and younger) and Southwest.

Pick the right airline depending on your number of luggage 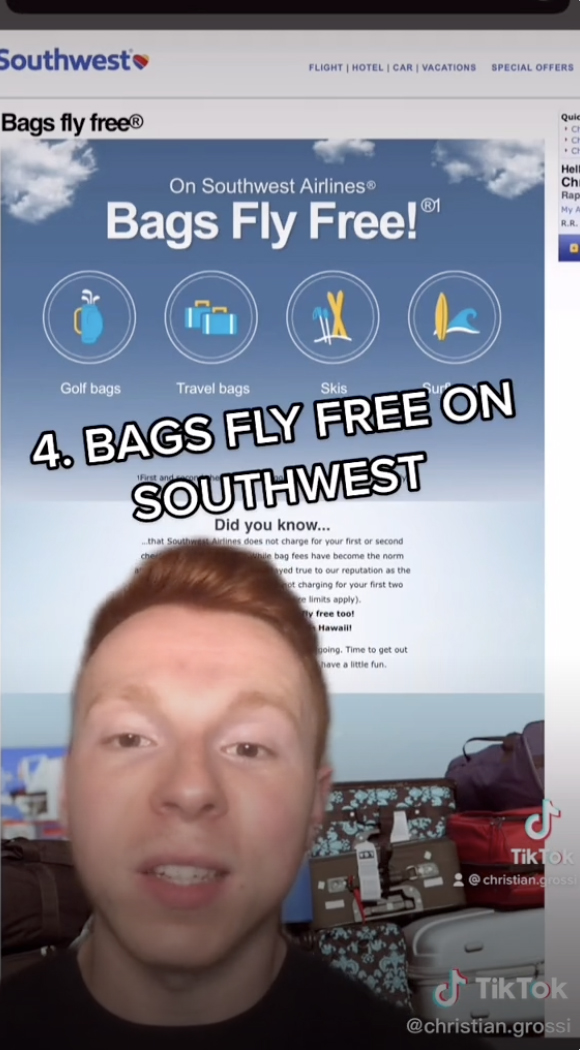 Airlines have different promos to attract clients to fly with them.

However, Southwest wins by letting their customers fly with up to two free carry-ons.

This is perfect for trips where you need to pack a stroller, a snowboard, a surf board, or anything that might quickly rack up the prices with any other airlines.

"With your ticket, your first and second bag, fly free," Christian claimed. 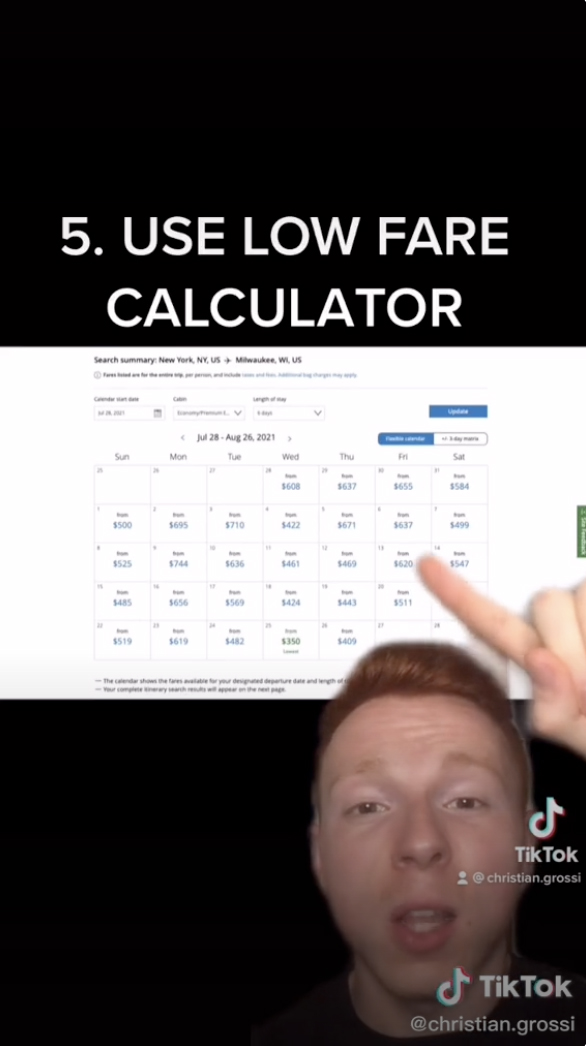 "When planning your trips, use your airlines' low fare calculator," he suggested.

"It'll show you the cheapest day to fly in the entire month."