Follow
Home » Travel » TUI launches last-minute holiday deals to Lanzarote, Tenerife and Gran Canaria – here is how to get £100 off

TUI launches last-minute holiday deals to Lanzarote, Tenerife and Gran Canaria – here is how to get £100 off

TUI is offering up to £100 off holidays to the Canary Islands, with last-minute deals for December.

The tour operator has deals for as little as £275pp, for families seeking some winter sun.

The deal is available for all holidays to the Spanish islands until December 31, so you could even grab a Christmas holiday abroad.

While the TUI holidays must be over £800 to qualify for the deal, there are lots of five-star and all-inclusive breaks on offer.

This includes seven nights all-inclusive to Tenerife for just £438pp, with the discount taking this down to £388pp.

If you fancy a family holiday, there are also deals which include Free Child Places, from £414pp on an all-inclusive basis.

Just enter the code CANARIES at the check out to get the discount.

Pick from destinations including Tenerife, Gran Canaria, Lanzarote, La Palma and Fuerteventura, all of which remain much warmer than the UK in the winter season.

Gran Canaria is the hottest, which remains around 22C in December, although Tenerife is also in the early 20s.

Tenerife pulls in more visitors than any other Canary Island, with white-sand beaches like Playa del Duque and Playa de Las Teresitas, as well as Siam Park, a waterpark often voted best in the world.

Fuerteventura, the closest Canary Island to Africa, is a sand-locked adventure island with some of the best surf in Europe, while Lanzarote is known for its volcanoes and constantly warm weather.

Here are some other cheap winter sun holidays, including to the Canaries, with On the Beach, starting from £322pp.

We've rounded up the best destinations which are still hot in December and January, for both short-haul and long-haul breaks. 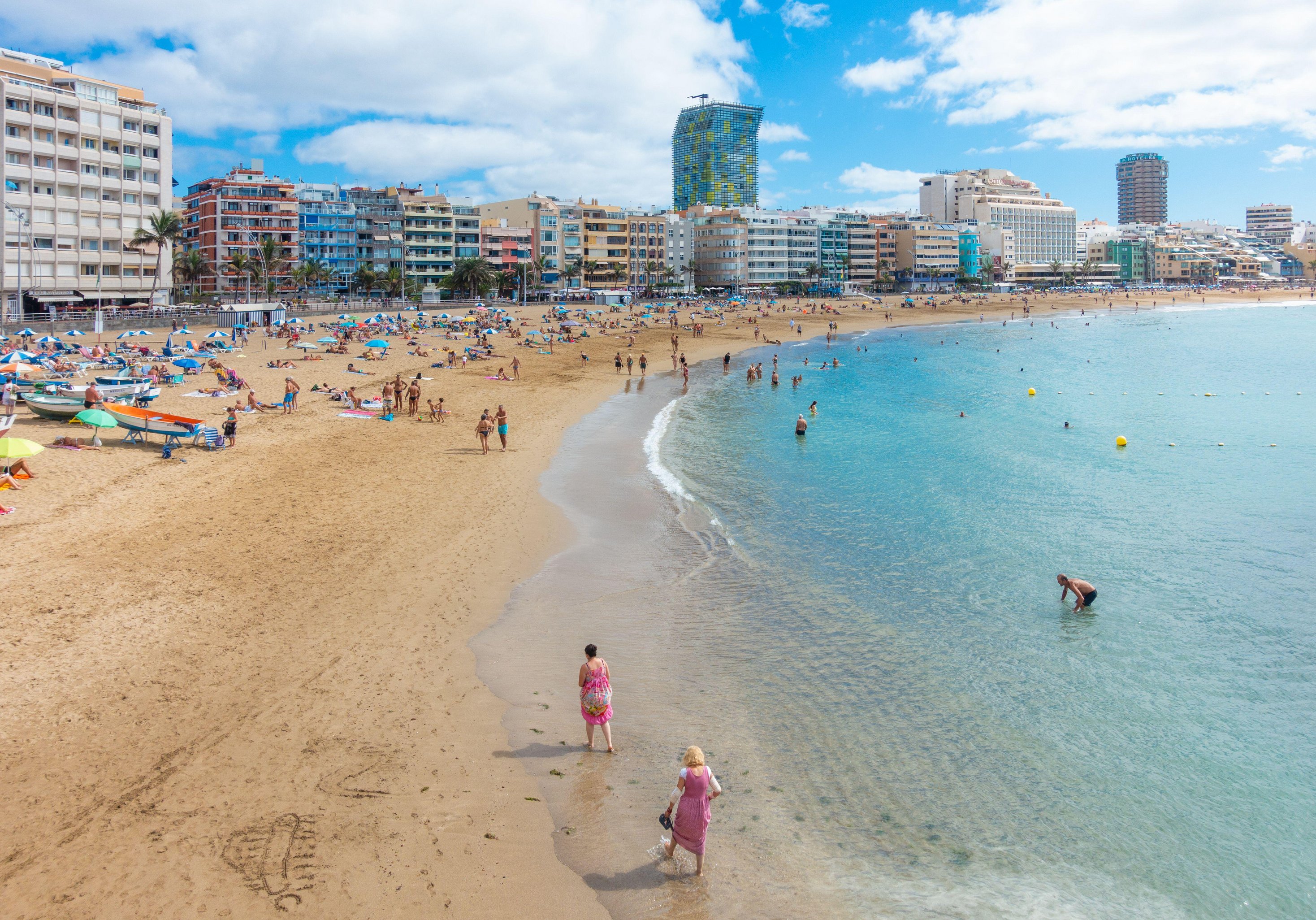