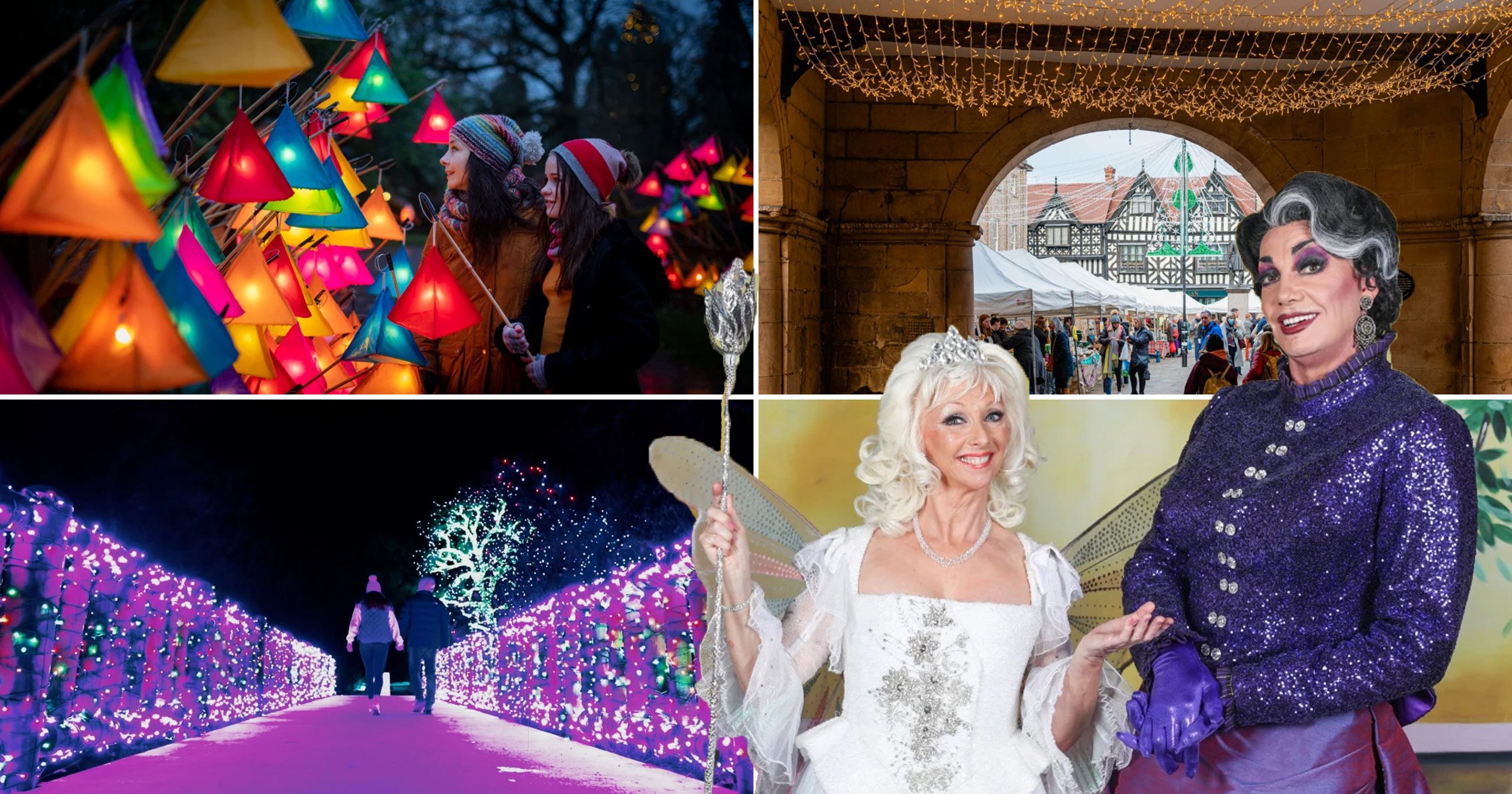 The festive season is well and truly underway.

Which means it’s time to sip mulled wine as you trot around a Christmas market, enjoy the beauty of sparkling lights, and laugh your head off at a panto or two.

There are plenty of options around the UK, and with three weekends left until Christmas, there’s enough time to sample a few.

From the Isle of Wight to Cardiff, here are the best Christmassy destinations to visit this month.

If seeking an overseas Christmas market fix feels like a faff this year, make a beeline instead for Beverley in East Yorkshire. Its annual Festival of Christmas includes the first ever Made In East Yorkshire Christmas Market (December 13-17).

Held in the shadow of the 13th-century minster, it fills the market town’s cobbled streets with seasonal sparkle.

In a similar vein are the variety of Christmas fair markets in Shrewsbury, which will take over the town’s Tudor market square until late December.

Lanterns, projections, soundscapes? Sounds like a guaranteed way to inject some colour into your Crimbo.

Equally magical are the historic grounds at Audley End, Essex, where a tunnel of lights and huge projections on the buildings will brighten the wintry nights.

Look out for giant lilies reflecting in the river and see Audley’s formal gardens aglow in kaleidoscopic colours (select evenings until December 30, tickets from £14pp).

Get your skates on and head to Cambridge, where the North Pole Ice Rink touches down in the open space of Parker’s Piece, slap bang in the city centre.

Beyond skating, there’s a big wheel to ride and the UK’s longest three-lane, real-ice slide (until January 3, from £13.50).

Or make yours an (Isle of) Wight Christmas at the picturesque harbour town of Yarmouth, which is hosting its first ever ice rink this year (tickets £6.50).

Elsewhere, Yarmouth’s town hall will become a Santa’s grotto designed by the creators of music event Bestival. Cross the Solent with Wightlink, foot passenger fares from £14.

Cardiff’s annual Winter Wonderland will be its biggest ever this year. Split across two locations, City Hall Lawn and Cardiff Castle, there will be skating, funfair attractions and an ice bar where visitors can chill out in -10C temperatures.

With dramatic lighting, huge floral arrangements and angels soaring through the castle’s state rooms (not to mention reindeer in the grounds), it’s set to be an extravaganza.

Stay: A walk along the beach away at the Bamburgh Castle Inn, rooms from £125pn.

True to his character on Strictly Come Dancing, judge Craig Revel Horwood will be stepping into the villainous role of the Wicked Stepmother at the Mayflower Theatre’s Cinderella panto in Southampton (until January 2, tickets from £19.50).

Or, for a more risqué take on Christmas fun, try the Stage Door (in Southampton’s cultural quarter), where a production of The Wizard Of Oz has a drag burlesque theme where everyone can be a friend of Dorothy (until December 18, tickets £20).

Stay: Make a weekend of it at Ennio’s, an Italian restaurant with rooms in a converted warehouse on Town Quay, opposite Southampton Harbour. Double rooms from £115pn.