THE UK government has issued a travel warning for Crete following the 6.3 magnitude earthquake yesterday.

Tourists in the area are being warned to stay away from some of the coastal areas and to "remain vigilant". 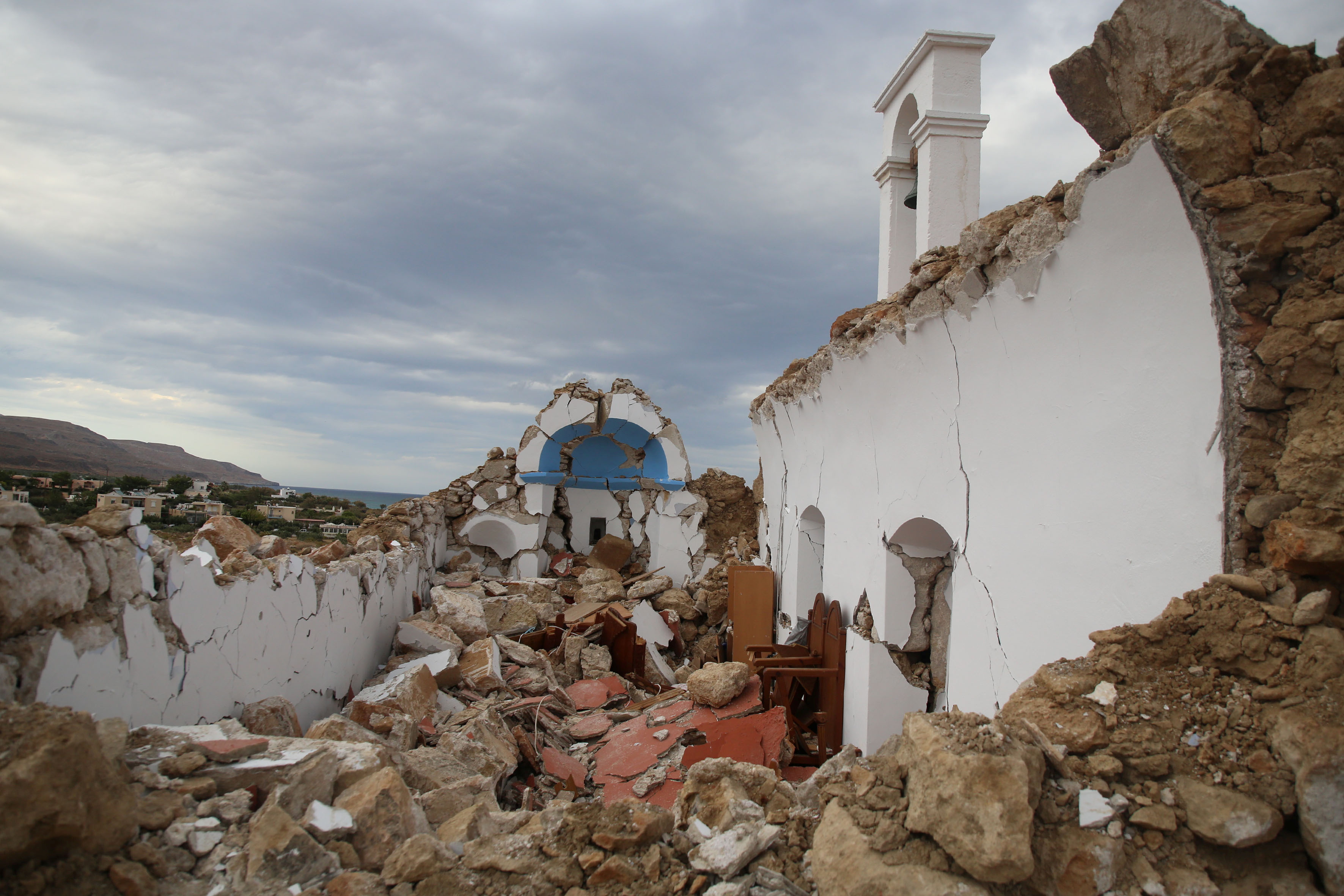 The Foreign Office state: "The British Embassy is monitoring reports of an earthquake in eastern Crete, approximately 25km south east of the town of Sitia, that struck on October 12.

"You should remain vigilant and follow the advice of the local authorities, and be aware of the possibility of aftershocks."

Local authorities have issued a tsunami warning, with anyone in the area told to stay away from the coastal areas and the beaches.

Prominent seismologist Gerasimos Papadopoulos said the island had also been struck by a tsunami following the huge quake.

Appealing for people to evacuate its coastal areas, he said:  "A small tsunami is underway in southern Crete.  Withdraw from the shores."

The strong quake reportedly damaged a church near Sitia while others images showed smashed items in a supermarket following the tremors.

TUI's latest statement on their website explains: "We’re aware of the earthquake that occurred in Crete this morning.

"We can confirm that our customers and destination teams are all safe and well, and that customers are continuing to enjoy their holidays as planned."

"We’d like to reassure customers due to travel to Crete that the airport is open, and our flights continue to operate.

"The safety and wellbeing of our customers is always our highest priority and we are continuing to monitor the situation."

The earthquake comes just weeks after a 6.0 magnitude quake on the island.

Tourists were evacuated from resorts, while in island capital Heraklion people ran out into the streets when the quake shook their homes at 9.17am local time.

Brit mum Sofia Meadowcroft, 24, from Lancashire, told The Sun Online: "It felt like a train outside our room and everything started shaking.

"The bed's headboard was banging against the wall, then the bed moved and my perfume bottle fell onto the ground and smashed.

"Luckily my daughter was in the pram. She could have been thrown onto the floor if she wasn't."