A COUPLE say that trading their £200,000 flat for a globe-trotting yacht will save them thousands each year.

Paddy Vasey, 28, and Esmée Heath, 26, expect to save a whopping £6000 a year after buying a £54k second-hand boat, called Moonlighting, in October. 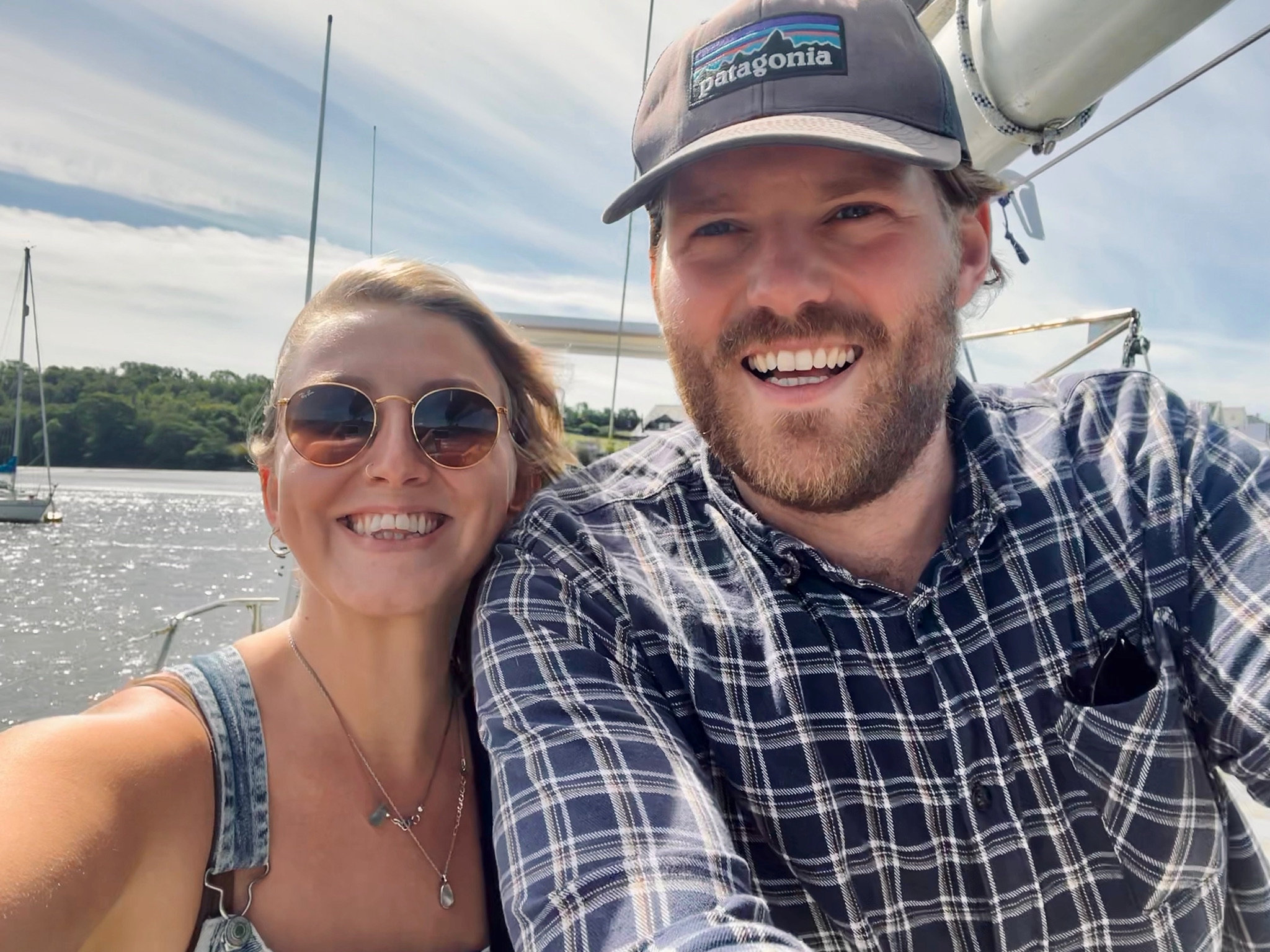 The couple spends about £500 a month on mooring fees, diesel and electricity, but they don't need to pay council tax and fork out far less on other bills than in their old flat.

Their costs will tumble further once they install a new heating system and wind turbine, which will add to the energy generated from their solar panels.

However, it hasn't been all plain sailing for the two civil servants.

During last December's cold snap, temperatures in the yacht fell to -8C.

They've also spent hundreds of hours renovating the 33-year-old boat, which they share with Penny, their seafaring Jack Russell.

But they say this is a small price to pay for the freedom of travelling coast to coast during the summer months – and getting the chance to circumnavigate the planet.

Baby boy dies at nursery as six women are arrested

Paddy said: "We just love being on the boat and we work as a good team, and we just thought: "Should we think about doing it more permanently?"

"We want to do a circumnavigation of the UK and potentially across the Atlantic.

"And in an ideal world, I'd love to go all the way round and keep going from the Caribbean and circumnavigate the globe if we were able to finance it."

The pair, whose boat is currently moored not far from Bristol, had their first taste of compact living when they retrofitted a van in 2020 and stayed in it for 18 months.

Paddy said: "We lived in a van for a bit previously. We did that just because of the freedom of lifestyle, everything was remote living and we loved that.

"We wanted to move onto a boat, but it was pushed forward because of the cost of living crisis and also because of the money we'd managed to save already.

"We decided if we jumped early and moved on, we'd be able to save more money and also buy a slightly bigger boat that needed more DIY doing to it."

Their boat, Moonlighting, which was built in South Africa in 1990, sleeps up to eight people and came with a galley kitchen, fridge, and gas oven.

But they've since spent hundreds of hours making sure the vessel is shipshape and homely so that they can live in comfort for the foreseeable future.

Paddy said: "We've re-done all the lighting, and the main thing that took forever is we repainted the main saloon and cabin, which was all dark mahogany before.

"We've sanded back into all the corners and used about four layers of paint to get it to a nice finish of white. That was just super messy and took about 100 hours plus."

Esmée added: "The shower pump needed fixing, so there was loads of plumbing and stuff.

"It was tired, it wasn't functioning as a boat you could live on full-time.

"But doing the van, Paddy got really good at woodwork and all the electric wirings and things, so he's done that before, which lent him to doing it this time as well."

The couple permanently moved aboard the boat on December 16 last year and got a shock as temperatures plummeted to -8C during the evenings.

Esmée said: "It was really cold. But to be fair, with the number of people who are not turning on the heating in their houses, I think everybody can probably relate to that."

Paddy added: "We had to sell all our furniture, but it's more money in the bank so we can do more renovations.

"But we were quite streamlined anyway, and after living in the van, we got used to having two pairs of jeans and seven t-shirts – and I quite like that."

The couple have already glimpsed what life could be like living at sea on their floating home after watching dolphins during a 250-mile trip around Lands' End in the autumn.

Esmée said: "We were coming up to go round Lands' End and it was pitch black, and we started seeing this blue light in the water.

"We realised it was dolphins essentially agitating the phosphorescence in the water. They looked like spirits swimming alongside us. It was absolutely insane." 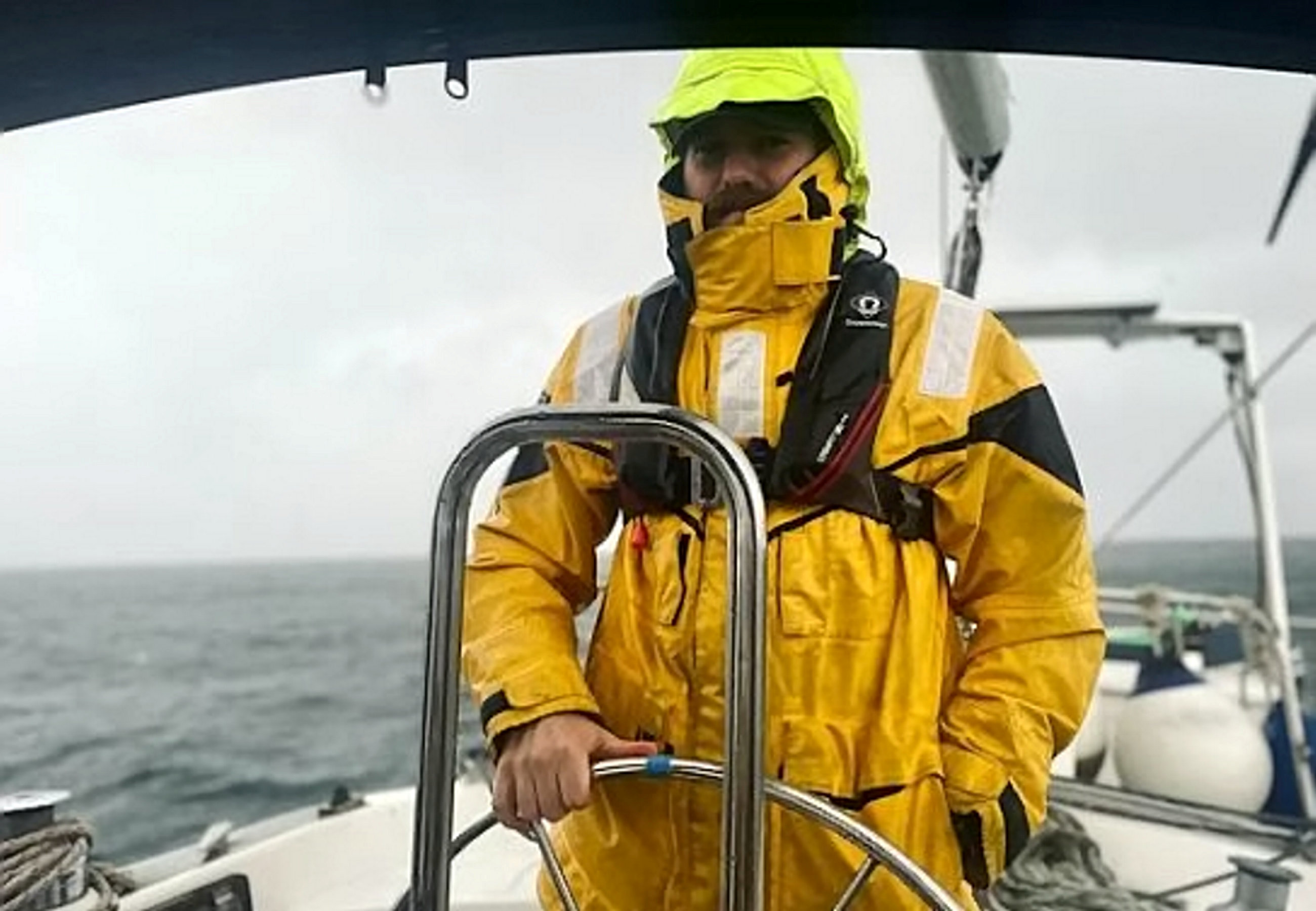 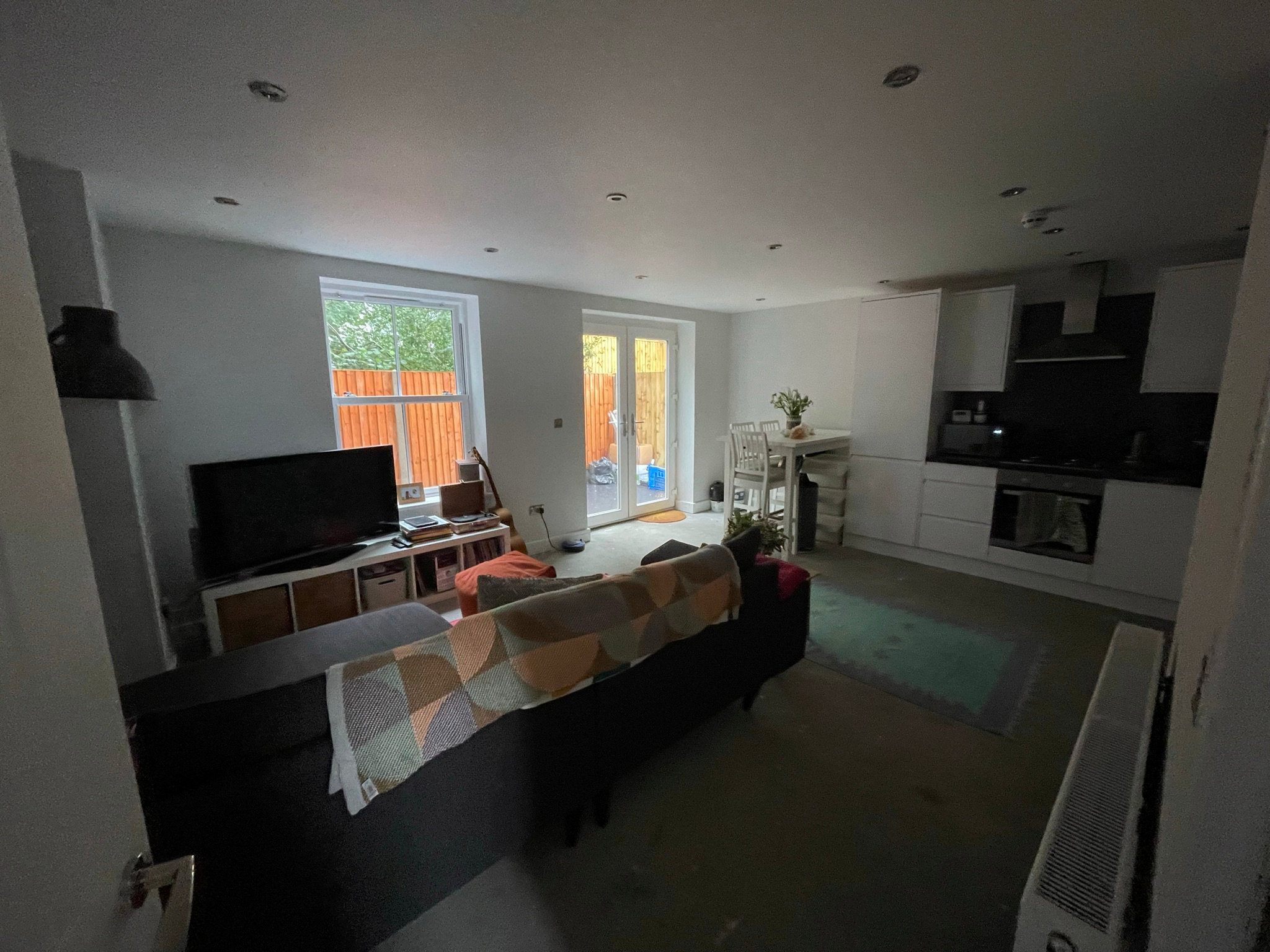 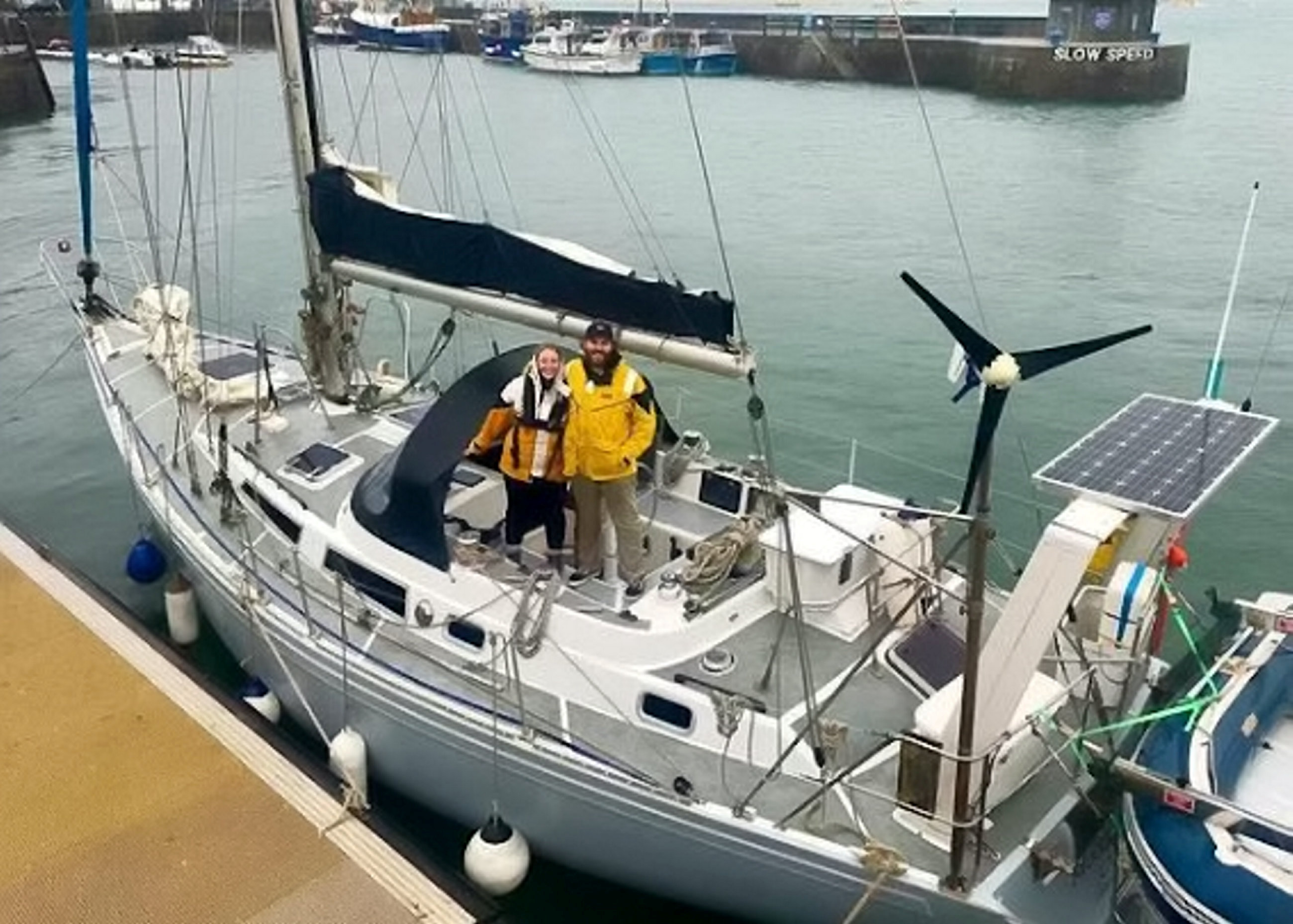 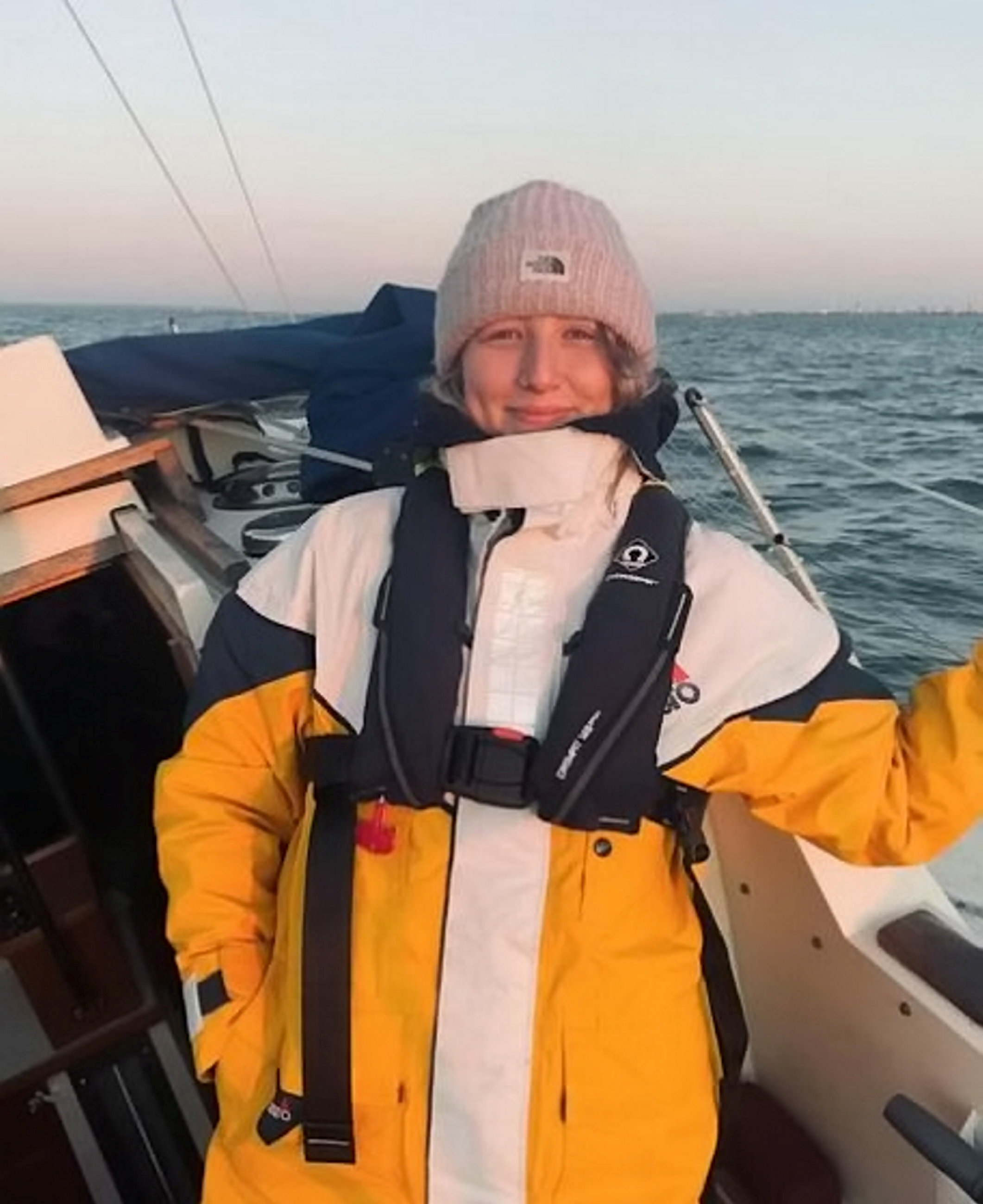 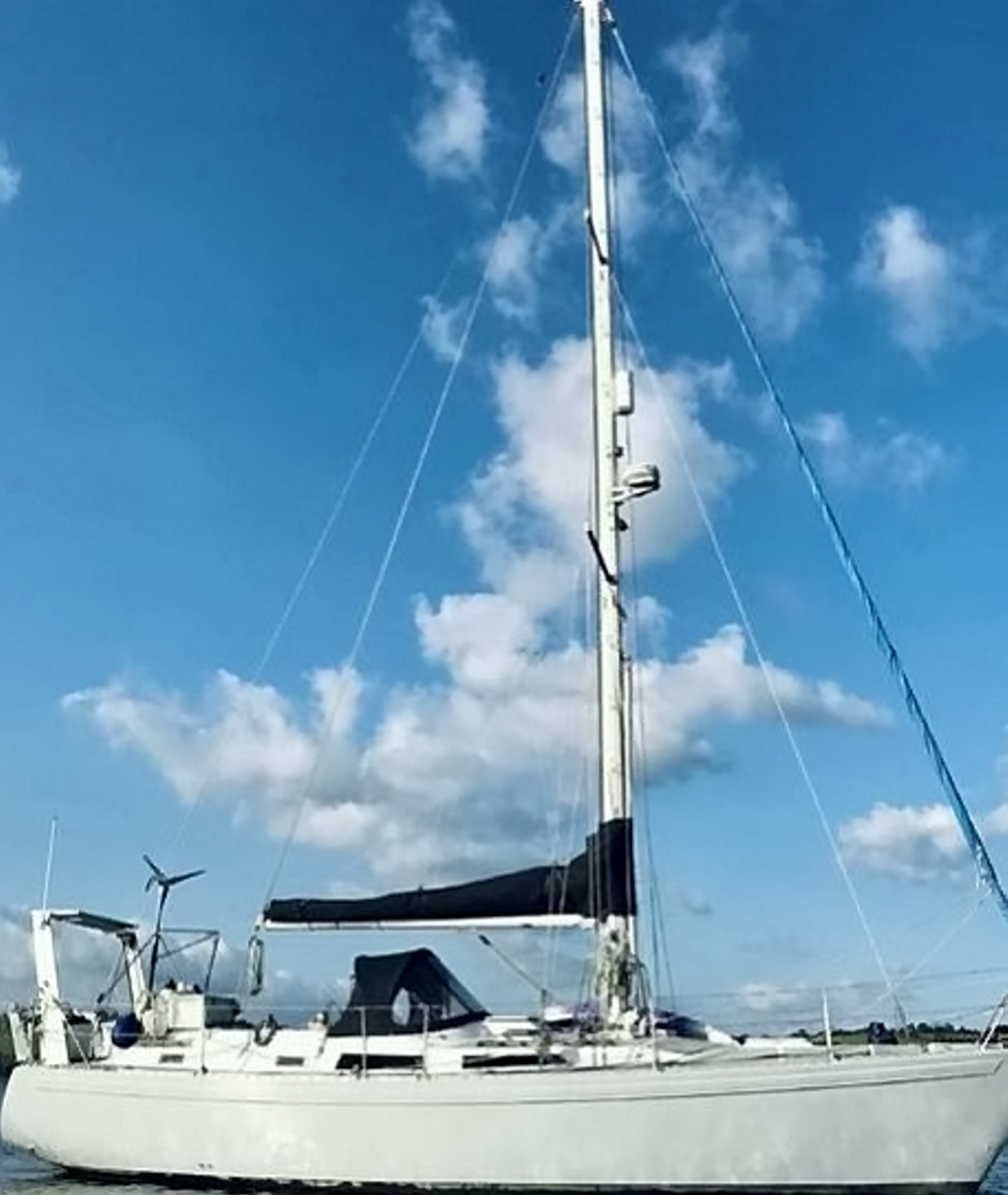