THE blood-soaked masked madman appears through the dense fog – the terrifying whine of his chainsaw my only warning in the darkness.

I side-step screaming into the arms of a crazed clown while an army of demons stagger ever closer. 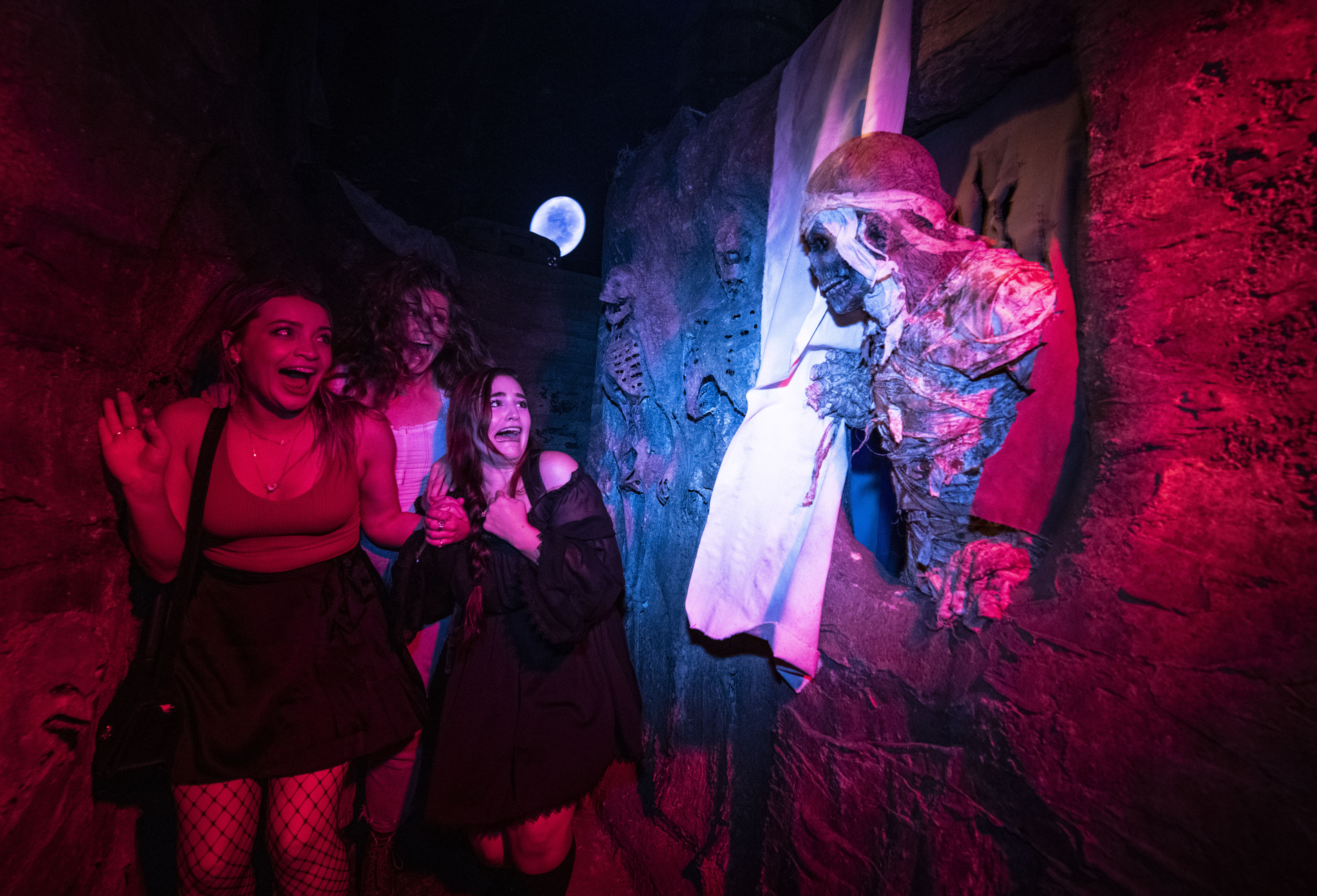 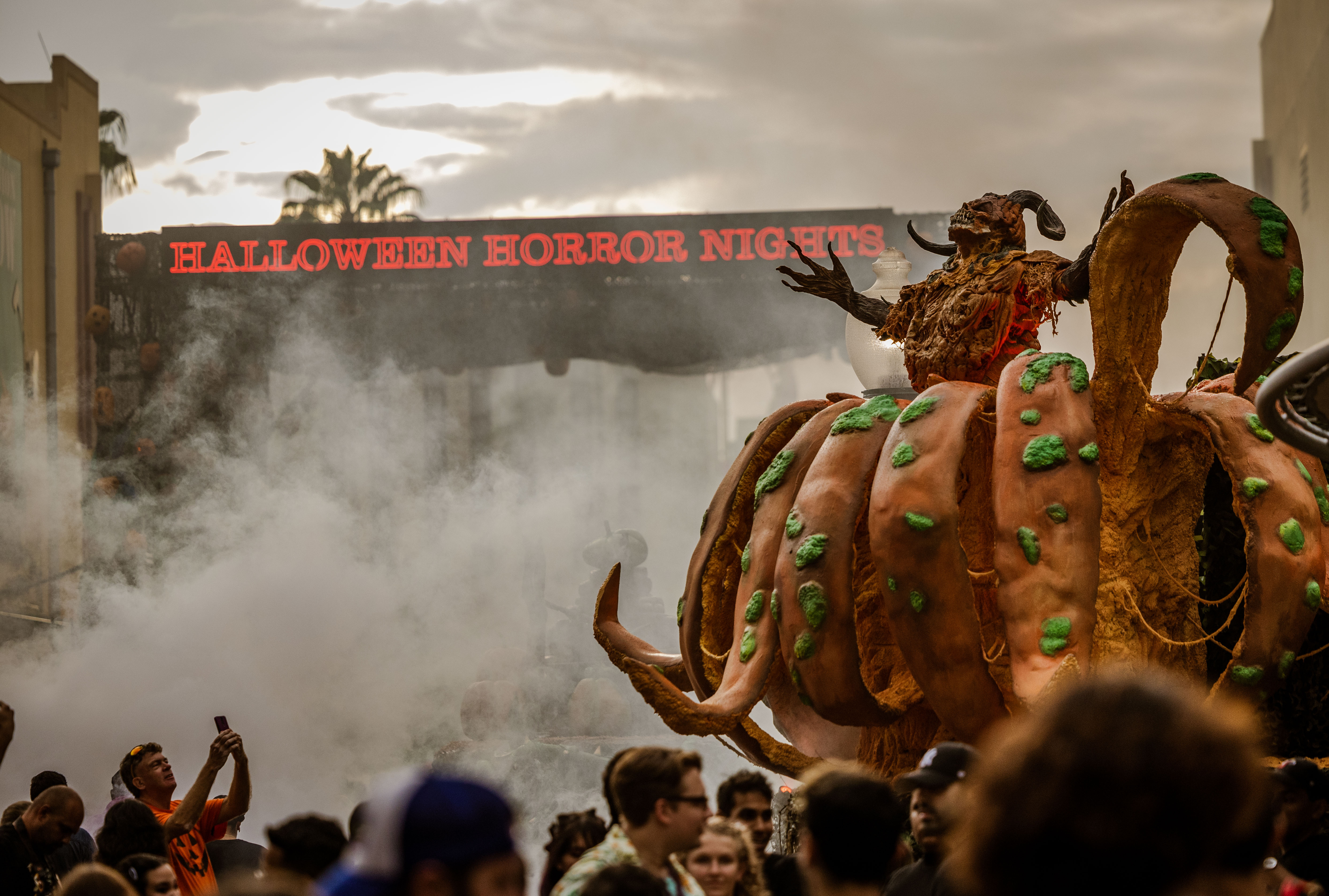 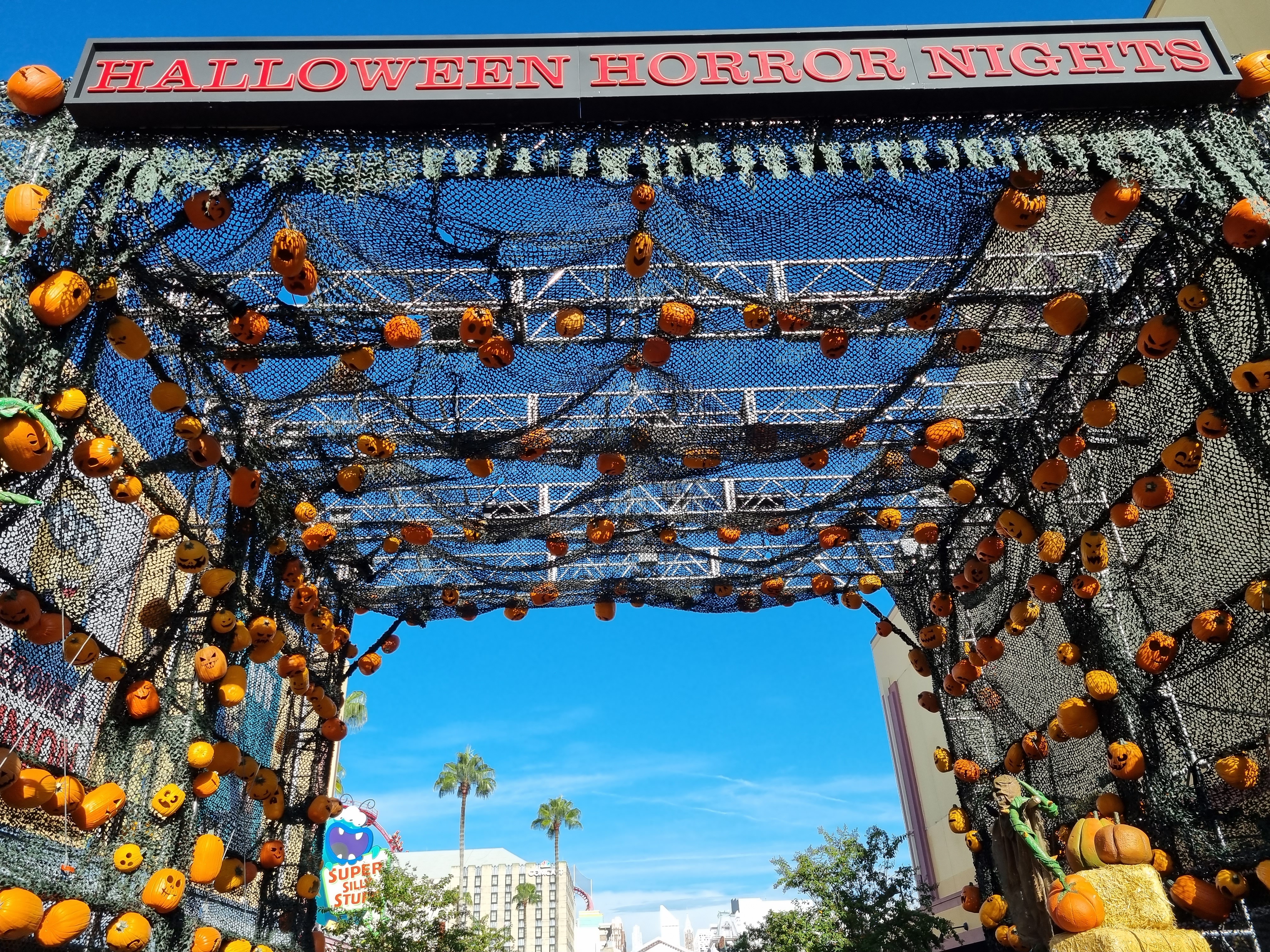 Welcome, all, to Universal Orlando’s Halloween Horror Nights — a sinful celebration of terror.

The ghoulish geniuses behind the event spend a year dreaming up ever more terrifying ways to haunt us and this year was no exception.

New haunted houses included a terrifying tribute to John Carpenter’s 1970s slasher flick Halloween, a faithful recreation of a fishing town haunted by a siren’s curse and the creepiest of crawlies infesting a 1950s ideal home. 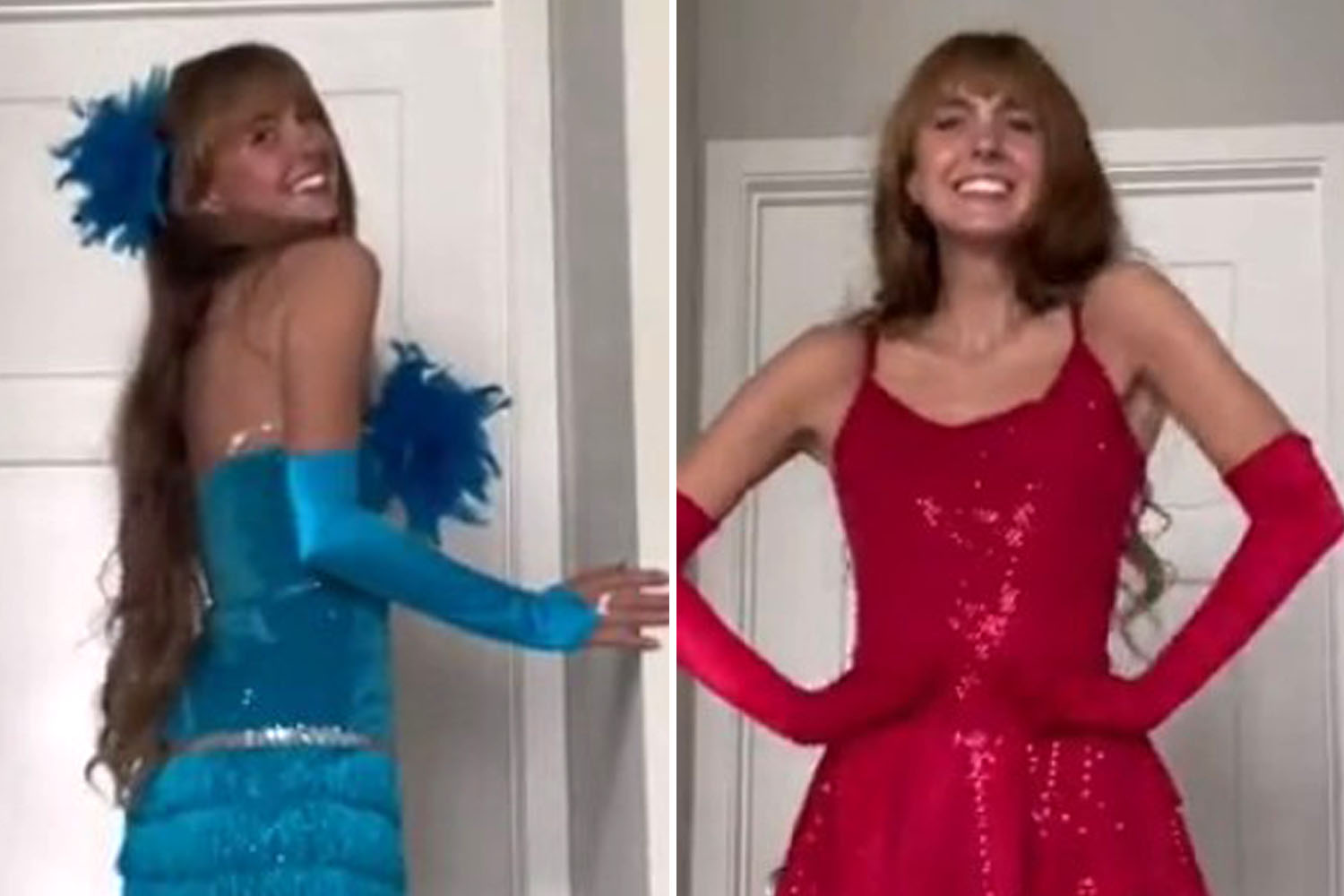 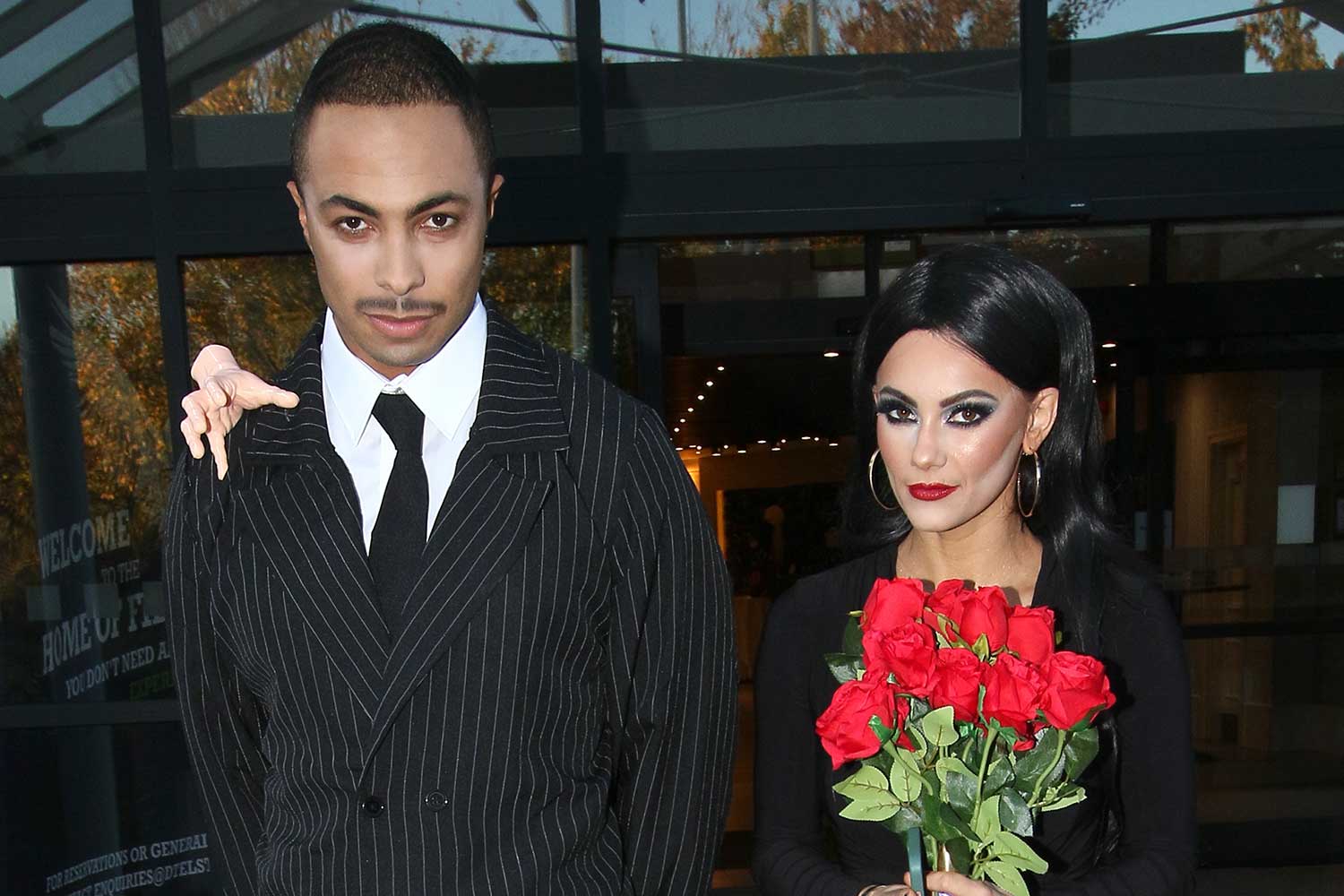 But the most popular — and eagerly anticipated — was After Hours Nightmare, a chilling collaboration with R&B charts smash The Weeknd.

To the beat of a thumping soundtrack of his biggest hits, you’re taken on a terrifying deep dive into his darkest thoughts as the visuals and videos behind his After Hours album are brought to life — with a disorientating mirror maze and runaway train just two of the heart-stopping scares.

Also tapping into the best of super- natural thrillers, the Horrors of Blumhouse sees you outrunning the serial killers featured in new horror films The Black Phone and Freaky.

The five scare zones each have their own themes — areas of the park transformed with thousands of scare actors roaming streets shrouded in fog, and jumping out on unsuspecting guests from behind some great props, while all the while subtle scents and terrifying tunes ramp up the scare factor.

At least 146 Halloween revellers killed in horror stampede in Seoul

My favourites were the Pumpkin Lord welcoming his victims in Horrors of Halloween and Scarecrow: Cursed Soil, which transforms Universal Studios’ Central Park into a cursed farm where you’ll fight off everything from zombie scarecrows to rotting pumpkins.

We even managed to catch one of the two incredible shows — Goulish: A Halloween Tale is presented by the Grim Reaper himself — telling a ghostly story with amazing special effects on land and water as well as a fantastic soundtrack.

The attention to detail is on another level. Some clever wit has tampered with the neon sign at Fifties-style diner restaurant The Drive In — so it now reads The Die In.

And at the many stands and shops across the park, spooky snacks up for grabs include some very funny takes — ”fresh ground princess” may look like a mince but is actually a sweet, raspberry-flavoured rice-crispy treat.

From “zombie brains” to “pizza skulls”, there’s a host of freaky foods as well as some fantastic Halloween-themed cocktails for those looking for a stiff drink to steel themselves for the next haunted house.

There’s also plenty of other ways to part you from your money, with special Halloween-themed gear in all the park’s stores — many unique to the year’s event. Horror nights are very obviously for adults — or at least recommended for over-13 years only — and run until 2am.

But there were still ways for Universal’s younger guests to join in the fun.

All Universal hotel guests could stop by the Gallery of Legends at the Cabana Bay Beach Resort. This ultimate selfie scare-zone features a series of sets for you to snap yourself alongside — from Dracula’s shadow, to a giant mouth with blood dripping off its fangs.

We were based at Universal’s Loews Sapphire Falls hotel — an upscale affair with great access to the parks via water taxi. But for those looking for more budget options, the newly opened Endless Summer Resort has rooms sleeping four from £100 a night.

One of the most incredible things about the Horror Nights is just how different the parks look from their normal daytime thrills.

By day, autumn is one of the best times to visit Florida — with blue skies and sizzling sunshine. Must-do attractions include the latest — the Jurassic World VelociCoaster, hands down one of the best coasters I’ve ever been on.

It rockets you to a dizzying 70mph in just 2.4 seconds, and you’ll hang upside down as the coaster is chased by a pack of ravenous velociraptors through tropical forest.

Of course, the Harry Potter attractions in both parks are a huge draw — but do plan to get to the signature attractions either early or late in the day, for the shortest queue times.

Also worth waiting for were the re- imagined Spider-Man and The Mummy — both absolute triumphs of technical invention. And as with the Horror Nights, the theming across both Universal Studios and Islands of Adventure is simply astonishing.

Take your picture next to the original Jaws — and make sure to stop off at the neighbouring Chez Alcatraz bar on Fisherman’s Wharf where the Jaws cocktail comes with an hilarious backstory as it is mixed by the brilliant bar staff.

Over in City Walk, Universal’s dining and entertainment district, stop by the Chocolate Emporium for one of their insanely OTT milkshakes — piled high with cream and choccy treats.

Although I’d suggest waiting a while before entering the Halloween Horror Nights if you don’t want to see all that make an unwelcome reappearance.

GETTING / STAYING THERE: Virgin Holidays has seven nights at the 5H Loews Sapphire Falls at Universal Resort Orlando from £1,619pp including Virgin Atlantic flights from Heathrow on September 13, 2023 and 3-Park Explorer Ticket. Seven nights’ room only at the 3H Endless Summer Resort – Dockside Inn & Suites is from £1,303 including Virgin flights on September 4, 2023 and park tickets. See virginholidays.co.uk or phone 0344 557 3859.