Follow
Home » Travel » Where's hot in October? The best holidays from £28pp a night this autumn | The Sun

Where's hot in October? The best holidays from £28pp a night this autumn | The Sun

SUN-STARVED Brits have plenty of options to escape the UK chills this year.

We scoured the internet for the best winter-sun deals this October, with prices starting from just £28pp a night, but you'll have to be quick to bag these bargains. 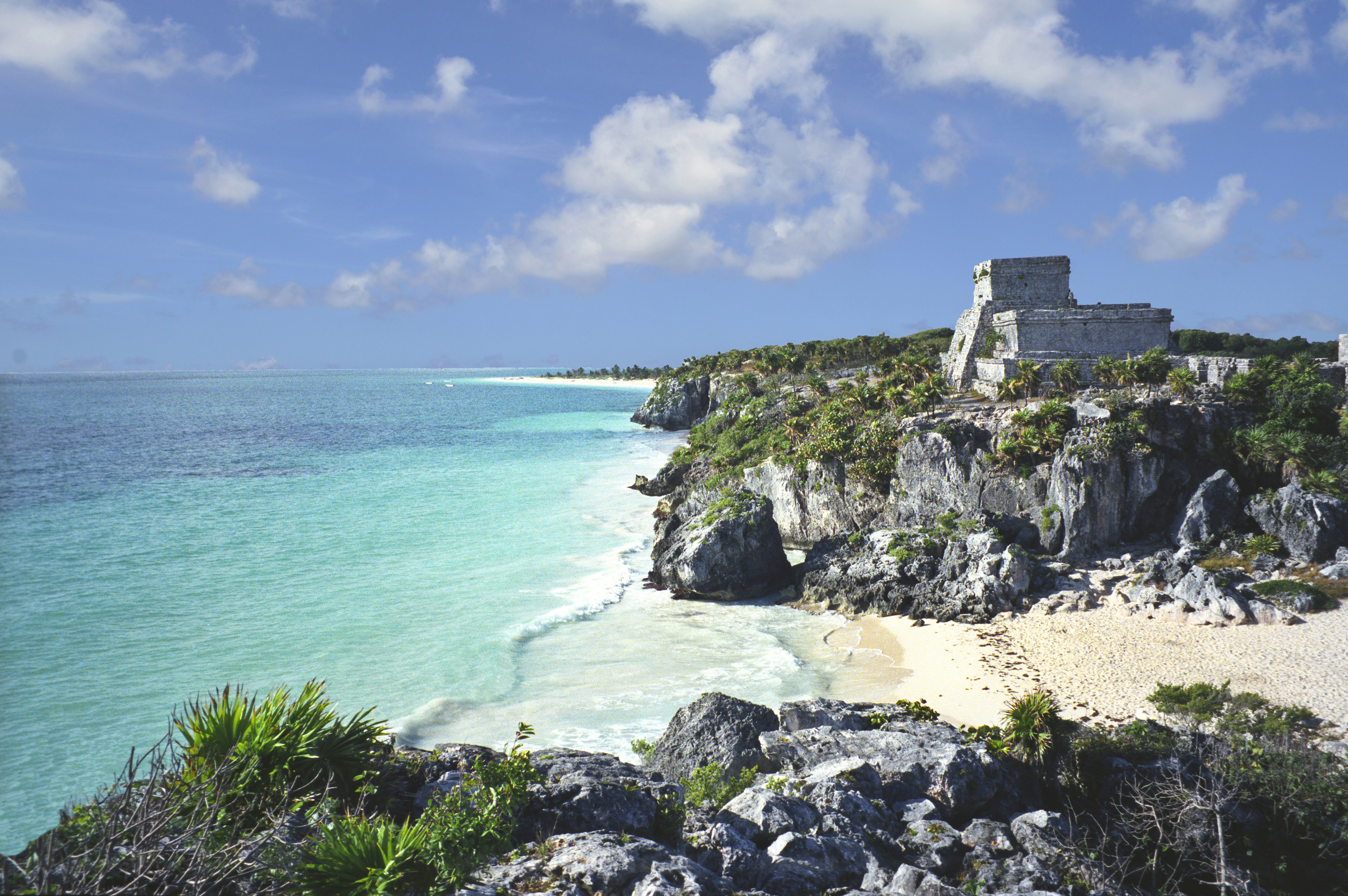 Temperatures in Marrakech, Morocco, are still seeing highs of 28C, with an average of eight hours of sunshine, according to the Met Office.

If you're willing to travel further, you could head to Cancun to enjoy the warm Caribbean sea and surround yourself with some of the most beautiful white-sand beaches in the world.

In October, the temperature cools down to a "comfortable average" of 32C, which is about 20C more than in the UK during the same period of the year.

For instance, seven nights in Cancun on an all-inclusive basis cost from £799pp this October – working out at £130pp a night with TUI.

Here are the best deals we've found in the hottest destinations to visit this October: 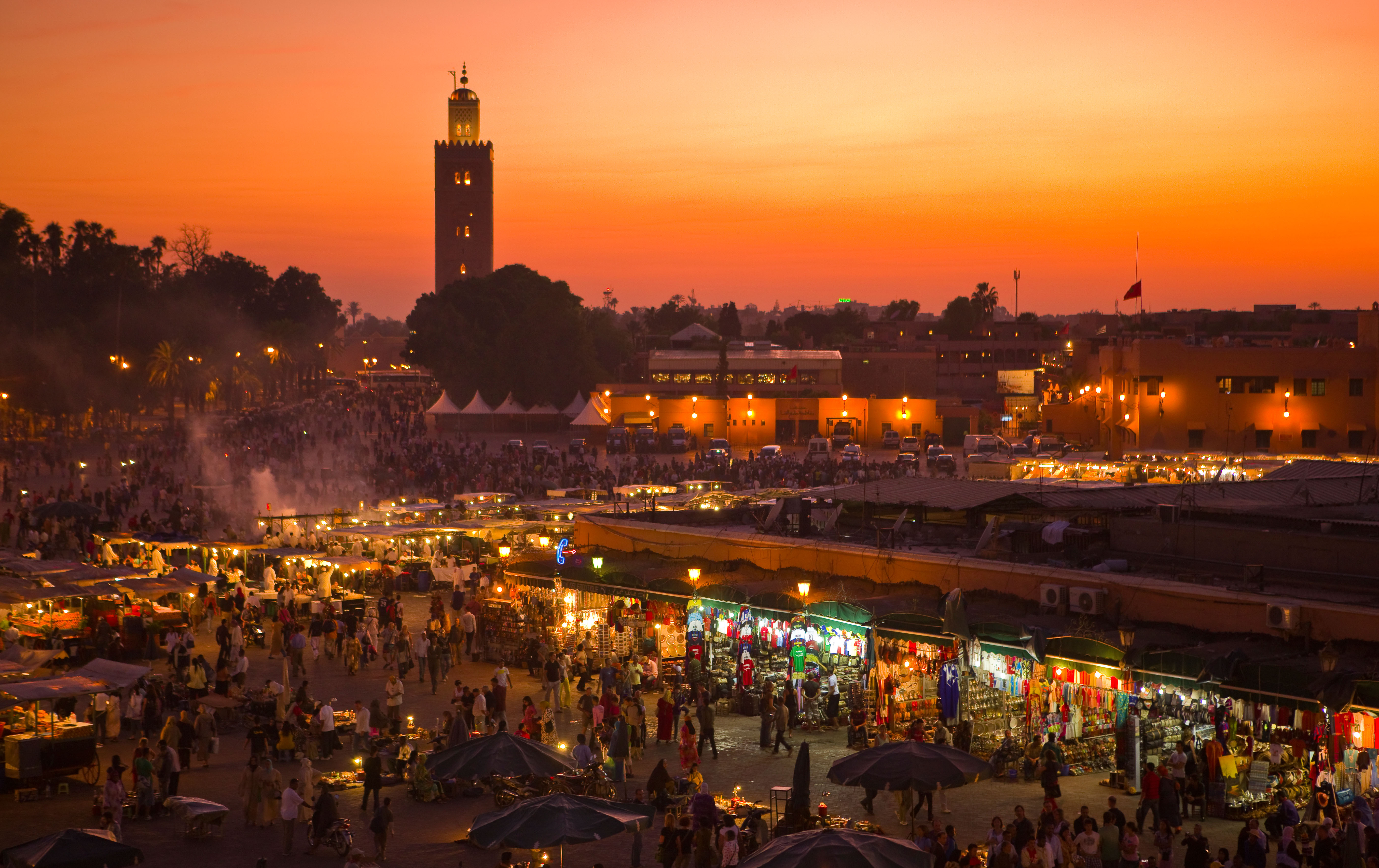 It's still pretty hot in Marrakech come October, so you'll be feeling like it's summer all over again.

The city is filled with history, and you could spend your whole visit just wandering through its main square, the Jemaa El Fna, and the old town around it.

Plus, activities like sailing, boat trips, hiking and cycling excursions are available all year round, so you'll always find something to do. 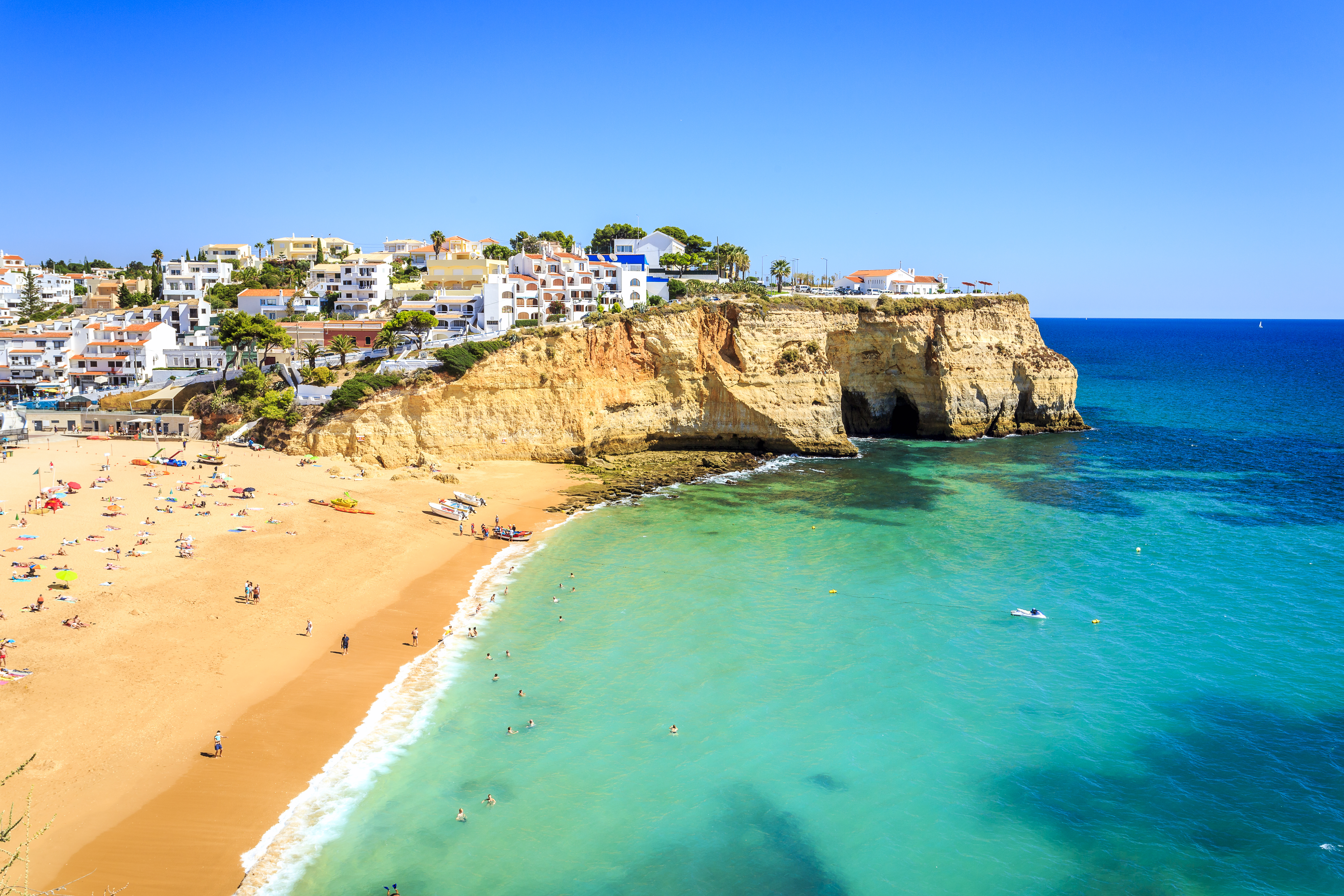 Brits choosing Portugal for their October break should head to Algarve.

Tucked away at the southern tip of Portugal, in Algarve, the days also stay sunnier and warmer much later into the year, with balmy temperatures of around the low 20s

Algarve is the perfect spot for a family holiday, thanks to its sandy beaches and kid-friendly sights. 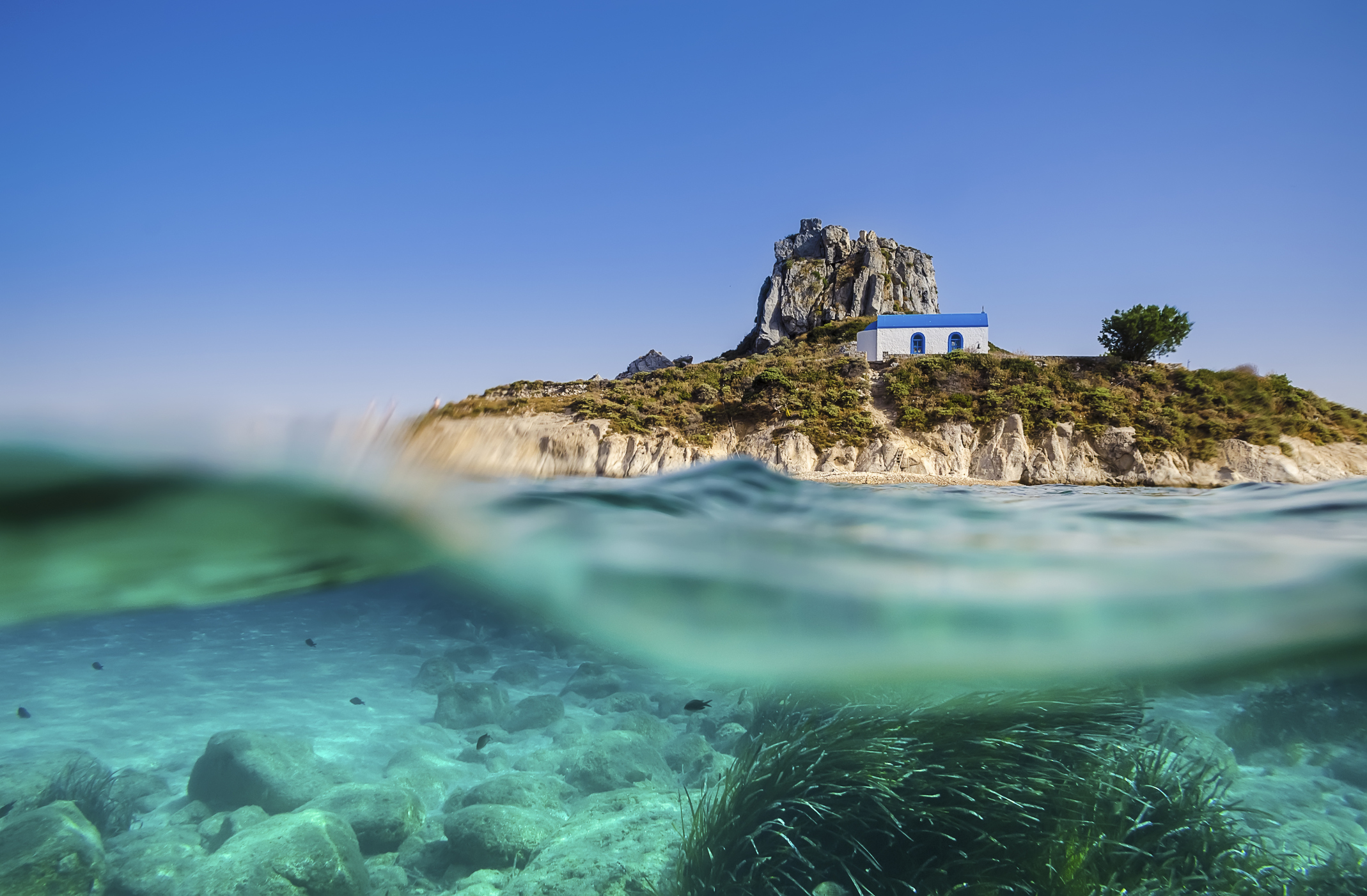 With beautiful beaches, Greek and Roman ruins and lively nightlife, Kos is a clever choice for a sunny holiday in autumn.

For instance, you could explore historical sights like the 14th-century Neratzia Castle that overlooks the harbour and the Ancient Roman Odeon amphitheatre. 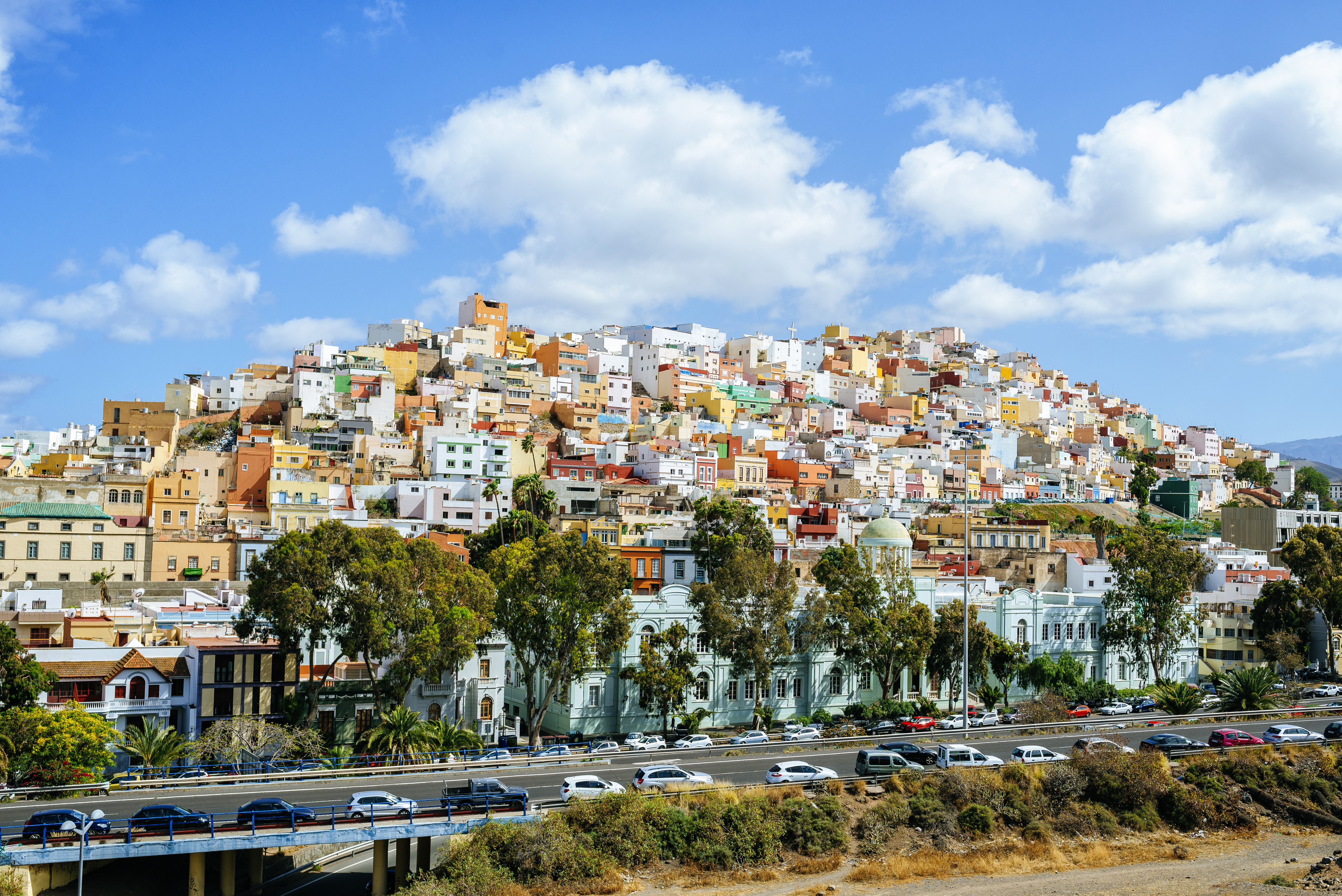 Beautiful beaches? Kid-friendly activities?  You'll find both if you opt for an autumn getaway to Tenerife.

The largest of the Canary Islands, Tenerife has long been known for its spectacular sandy beaches.

During October, the temperatures see highs of 26ºC, so don’t forget to pack your beach gear.

If you're booking a family holiday, it's worth noting that Tenerife is also home to the water park Siam Park, which has been voted the best in the world. 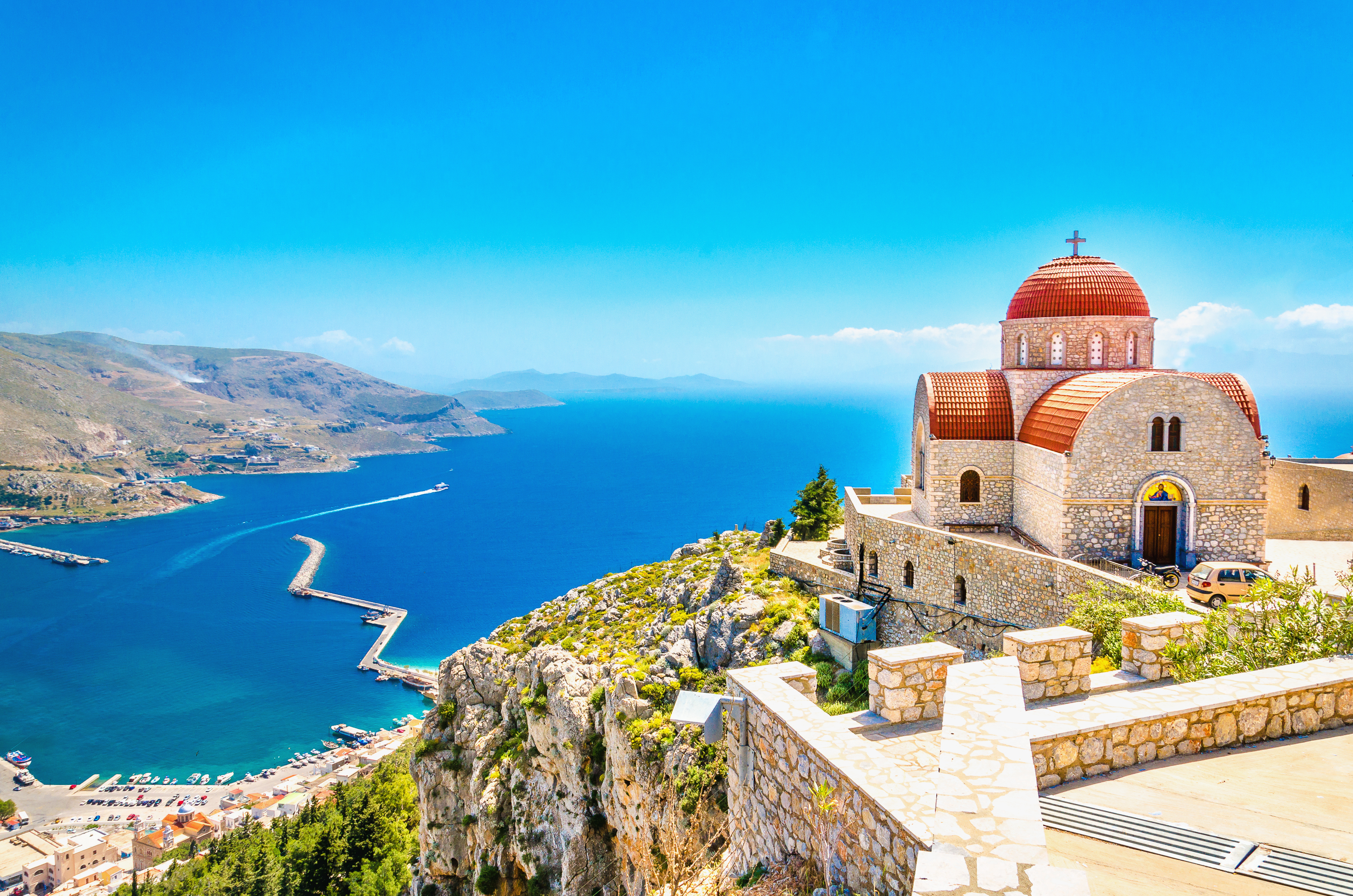 Temperatures are still as high as 26C in Cyprus in October, meaning you can make the most of the island's beautiful beaches and breathtaking views.

The sunny island, which is just approximately a four-hour flight from the UK, has plenty to offer everyone, from historic castles to magnificent beaches, quiet areas like Nissi Beach and huge resorts like Paphos. 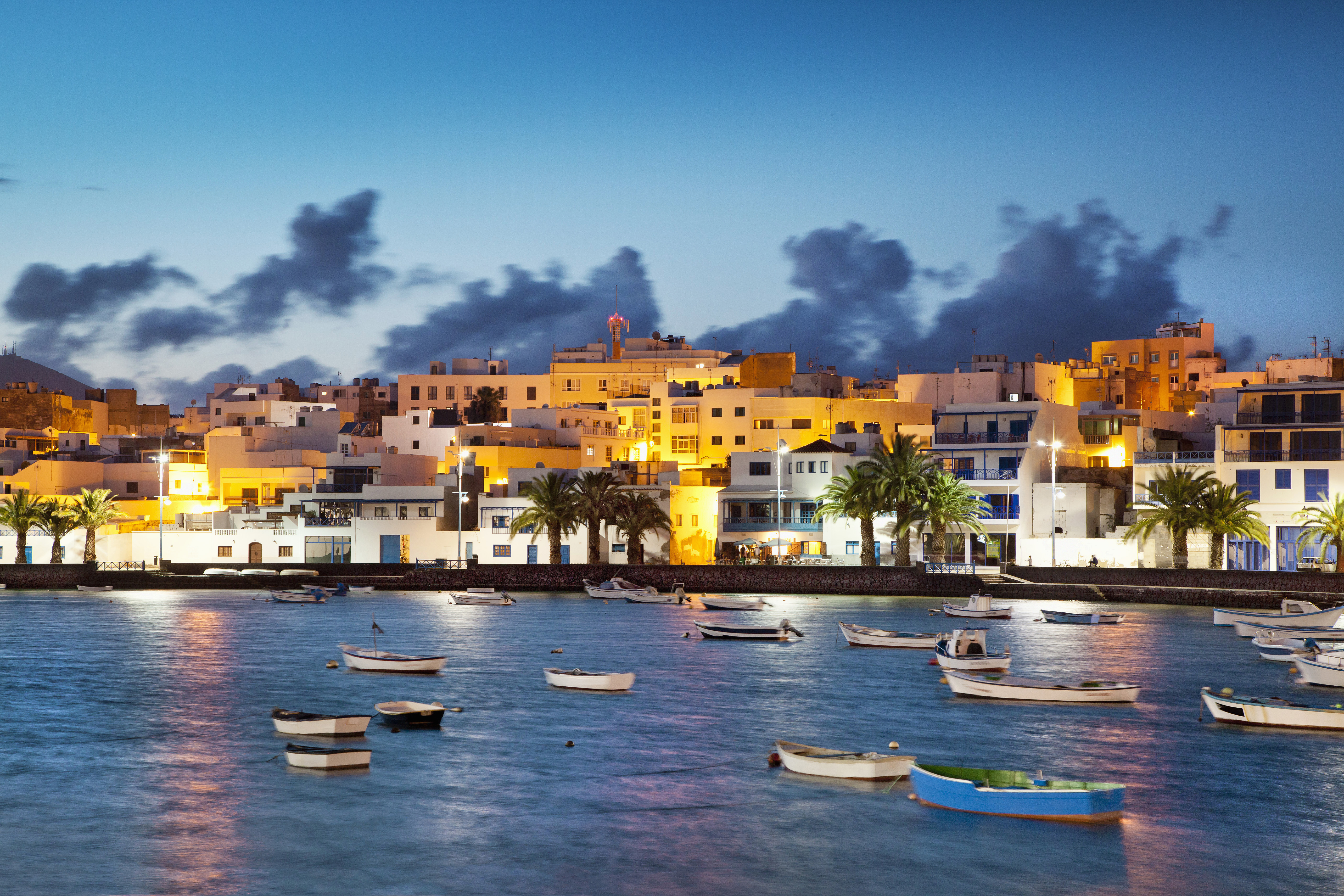 Just a four-hour flight away from the UK, and with peak temperatures averaging around 26C in October, Lanzarote is a popular choice for some autumn sun.

Lanzarote has some great seaside locations, including peaceful Playa Blanca and lively Puerto del Carmen, where you can find some great holiday deals.

If you're into sports, the island is well known for its running and cycling trails. During autumn and winter, when it's quite cold elsewhere in Europe, running races are held in the warmth of Lanzarote. 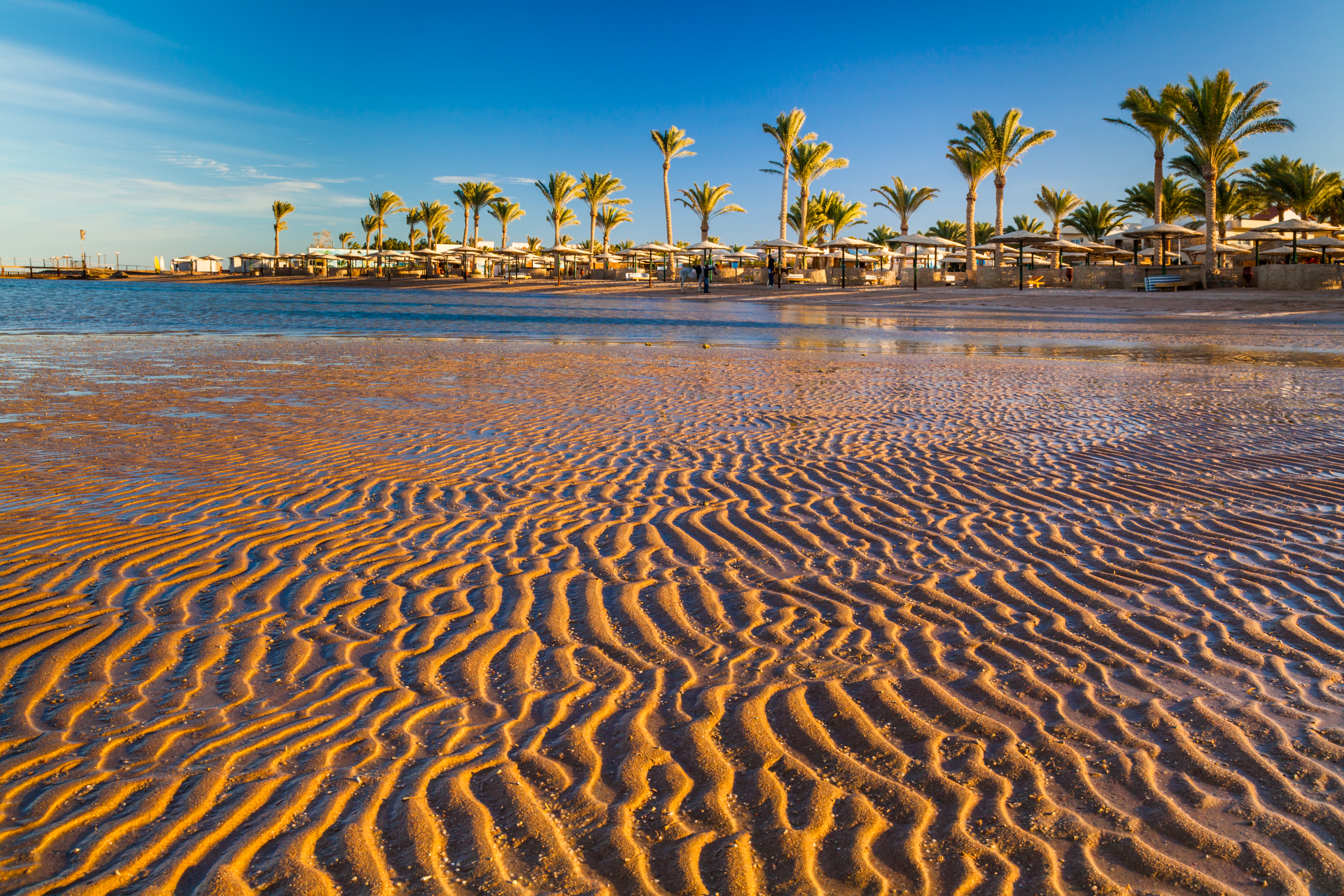 The weather in Hurghada is very pleasant without being too humid, as the temperature rarely drops below 20C in October.

As with many holidaymakers who flock to the golden sands and turquoise waters of Egypt, one of the main draws of Hurghada is its crystal clear sea and diving.

There are also plenty of water parks too, a great way to entertain (and tire out) the kids if you're travelling with your whole family.

Most read on travel 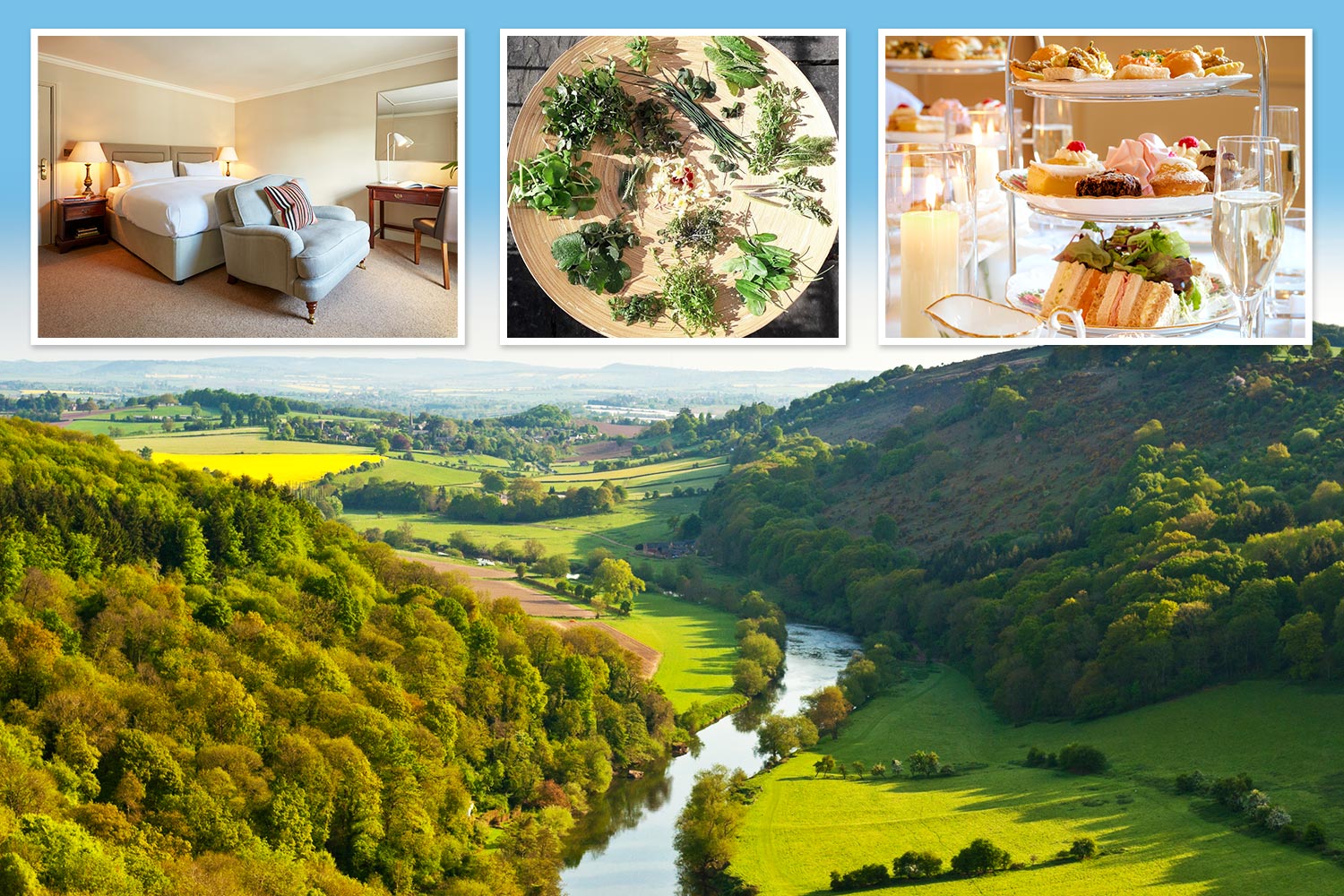 WALES OF A TIME 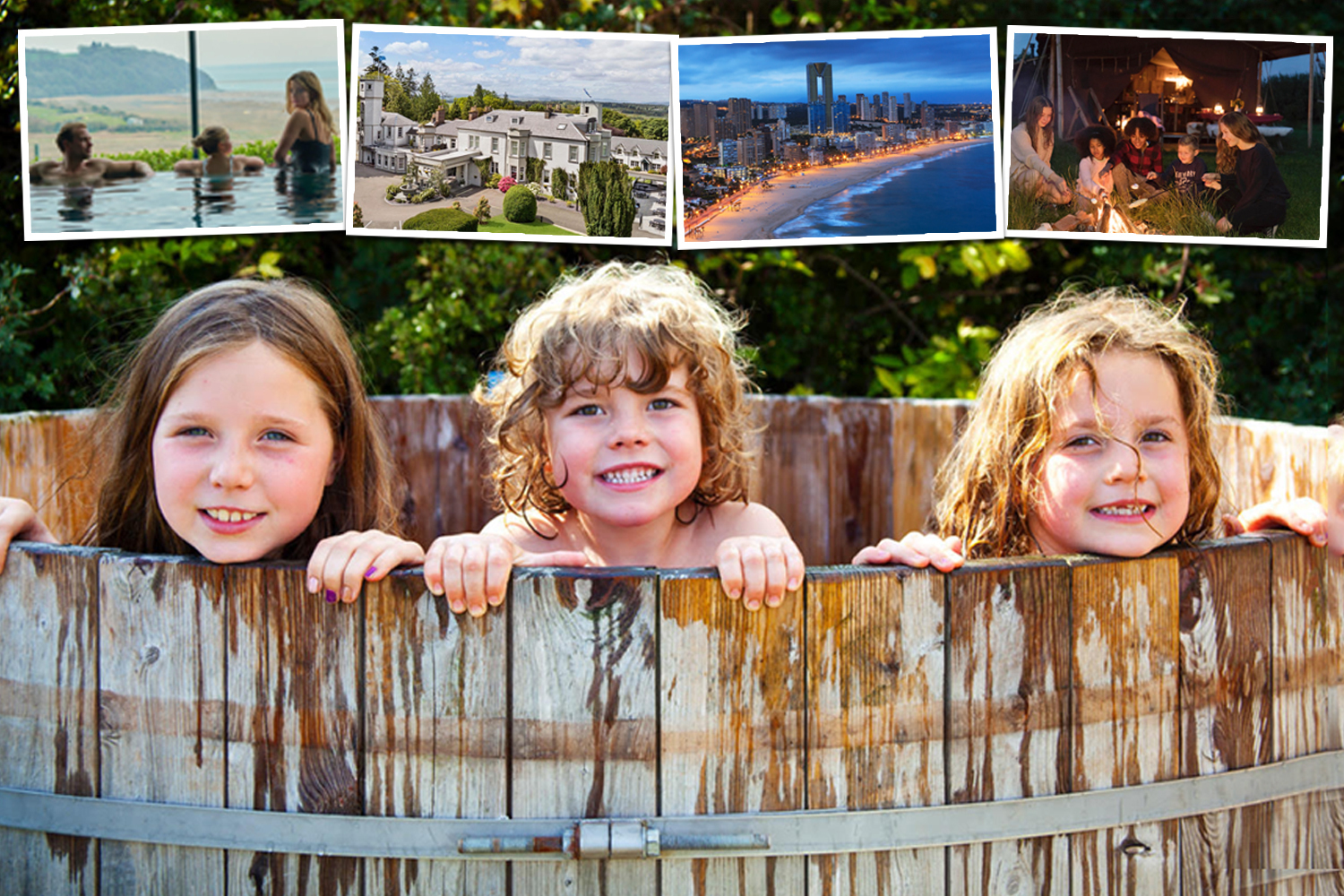 HOLS NOT TUB BE MISSED 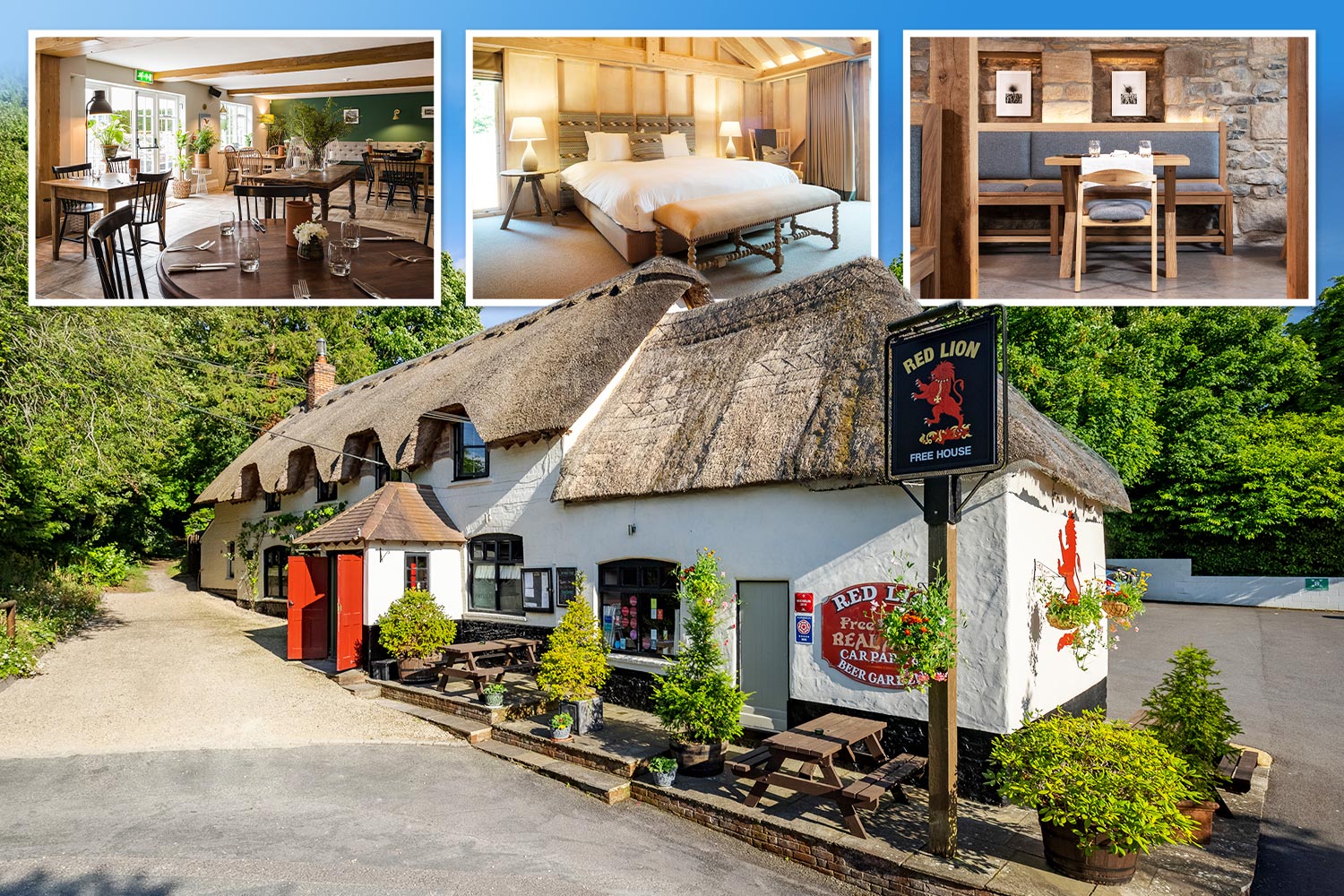 ROOM WITH A BREW 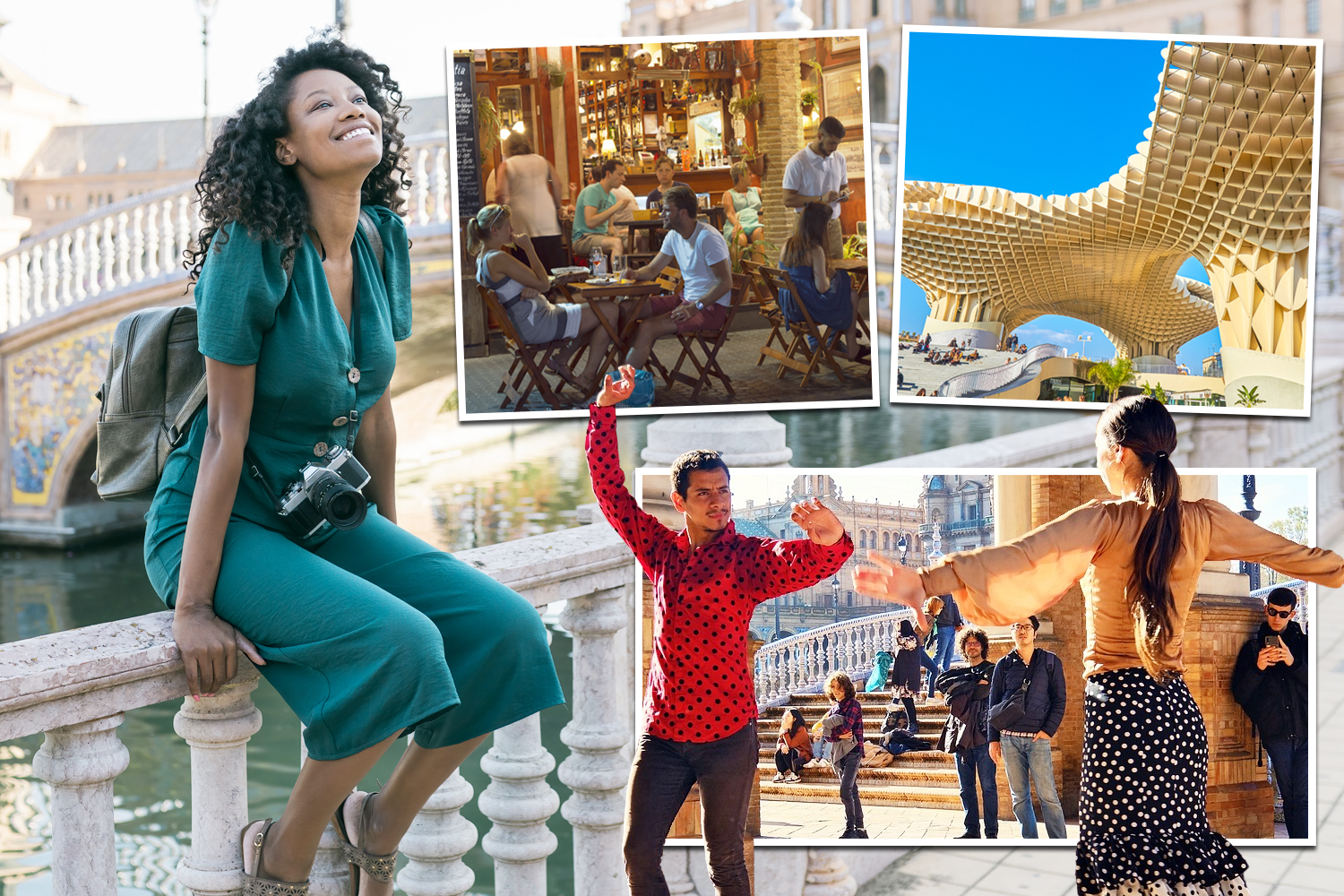 From tasty tapas to fabulous flamenco, 10 reasons to visit Seville

If you've got the whole family to consider this October, Travelodge is giving 60 hotels a makeover and its offering rooms from £8.50pp.

And if you'd like to start planning your 2023 holidays, TUI has holidays from £69pppn including free child places and £0 deposits.