A second person arrested in connection with the disappearance of a 4-year-old girl in Oklahoma has been charged with murder, authorities said Friday.

Ivon Adams, 36, was taken into custody Thursday in Arizona and was to be extradited to Oklahoma on charges of murder in the first degree and child neglect, the Oklahoma State Bureau of Investigation said.

His arrest comes a day after OSBI announced his wife, Alysia Adams, 31, had been taken into custody.

They have been described as caregivers for Athena Brownfield, who authorities have been searching for since Tuesday after a postal worker found her 5-year-old sister wandering alone near their home in Cyril, Oklahoma. 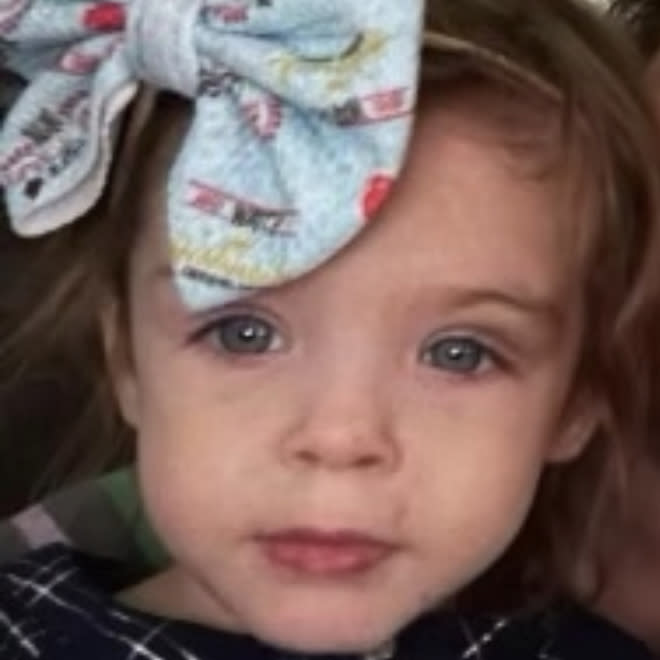 Alysia Adams was arrested by the Grady County Sheriff’s Office on two counts of child neglect, the state bureau said. The agency said Thursday that Athena’s sister was found outside Alysia Adams’ home.

The girl is in state protective custody and did not require medical care when she was found, agency spokesperson Brook Arbeitman said.

Earlier this week, the Oklahoma Highway Patrol issued a missing endangered person alert for Athena that was sent to residents within a 15-mile radius of Cyril.

The agency did not issue an Amber Alert, an emergency alert for kidnapped children that reaches a nationwide network, “because there was no indication of an abduction,” an agency spokesperson said.

“This case did not meet the criteria in this particular guideline for issuing an AMBER alert,” Sarah Stewart said in an email Friday.

Penny Brownfield, Athena’s paternal grandmother, said the little girl’s disappearance has been “quite a blow.”

“I’ve just got to be strong for my children,” she said by phone Friday from her home in Lawton, Oklahoma. “It’s affecting my children. It’s really affecting my oldest son, which those are his babies, which means those are my babies, too.”

She said she was desperate for any information about Athena’s whereabouts. “She’s not just going to vanish,” she said.

Trash service in Cyril, a town about 80 miles southwest of Oklahoma City, has been postponed as investigators continue their search clues in Athena’s disappearance.

“We’re just digging for every clue, processing everything that we can to see if it can help us locate her,” she said.

Residents with information or security camera video that could help in the search are asked to contact the police.

Athena was last known to be wearing a pink butterfly sweater and pink pants, according to a missing person poster. Arbeitman said she has “limited verbal skills.”