Colleen Hoover has been slammed after she revealed plans to release an adult coloring book based on her novel about domestic violence.

The best-selling author, 42, was met with a flood of criticism when she announced the drawing book was inspired by her best-selling novel It Ends With Us.

When she revealed the book would be based on her hit novel fans couldn’t help but criticize the reader for her ‘tone-deaf’ decision based upon the fact that the novel contained heavy material and it didn’t seem appropriate to turn it into a coloring book. 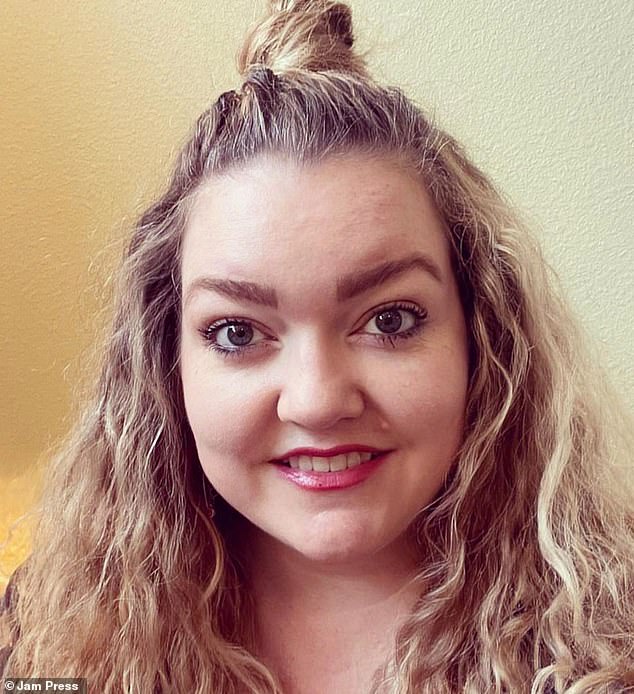 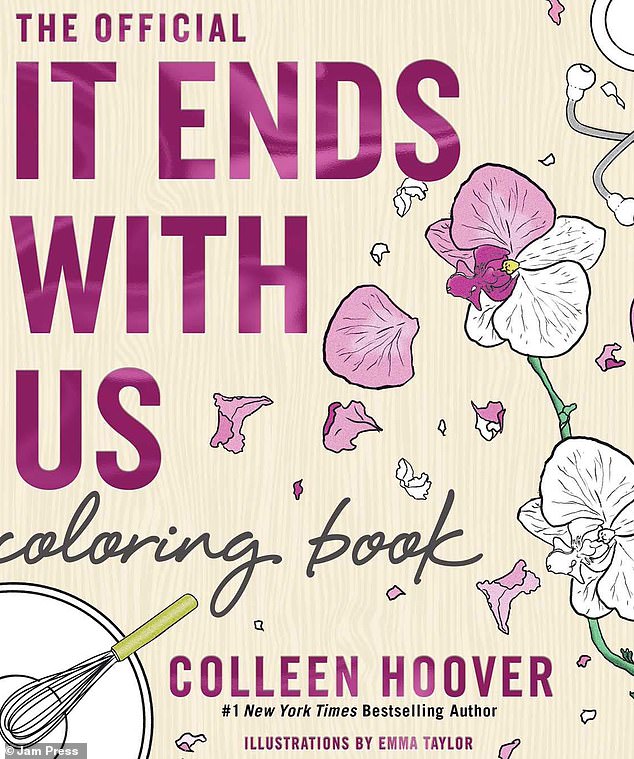 She announced the drawing book was inspired by the book It Ends With Us, which is centered around domestic violence 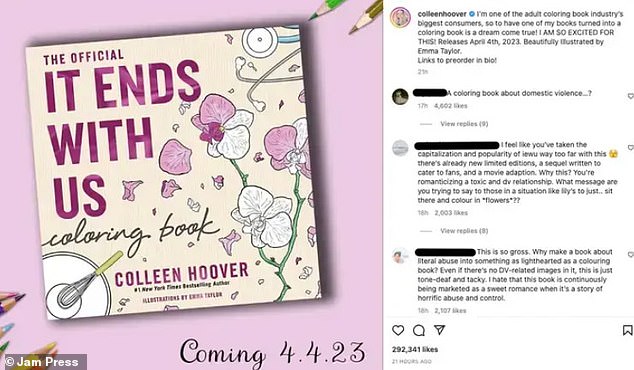 Her fans, also known as her CoHorts due to her popularization with BookTok , questioned why the author would even go so far as to make the decision all together

Her fans, also known as her CoHorts due to her popularization with BookTok, questioned why the author would even go so far as to make the decision all together and accused her of cashing in on domestic violence in an attempt to keep her popularity up.

In an Instagram post which has now been removed, Colleen wrote ‘I’m one of the adult coloring book industry’s biggest consumers, so to have one of my books turned into a coloring book is a dream come true,’

‘I am so excited for this.

And the disapproving comments from fans came quick, as one user said she had ‘taken the capitalization and popularity of It Ends With US too far.’

After one day of criticism, she apologized for the insensitive activity book and noted that she was working with publishers to cease the project.

‘The coloring book was developed with Lily’s strength in mind, but I can absolutely see how this was tone-deaf.

‘I hear you guys and I agree with you. No excuses. No finger pointing. 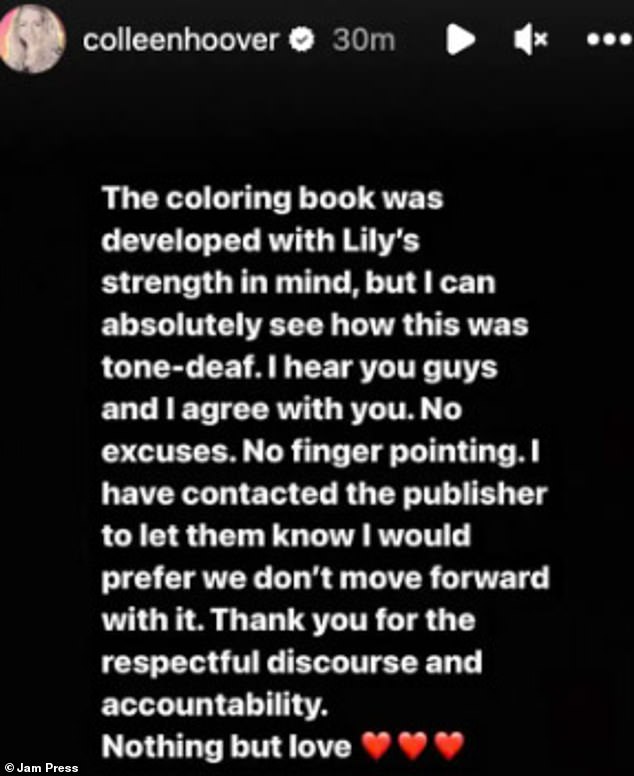 After one day of criticism, she apologized for the insensitive activity book and noted that she was working with publishers to cease the project 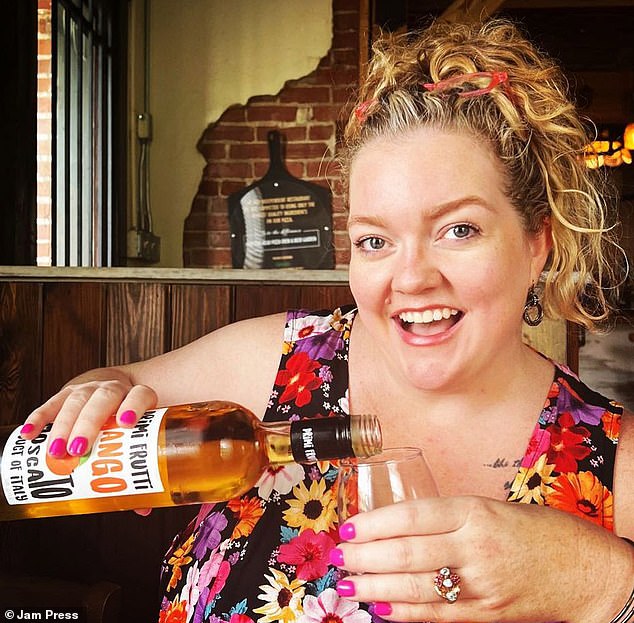 Following Hoovers apology, the publisher Atria Books also confirmed that the project was being cancelled following criticism from readers

‘I have contacted the publisher to let them know I would prefer we don’t move forward with it. Thank you for the respectful discourse and accountability. Nothing but love,’ she wrote.

Following Hoovers apology, the publisher Atria Books also confirmed that the project was being cancelled following criticism from readers.

In an Instagram post, a spokesperson for the company wrote, ‘Atria Books will not move forward with the publication of The Official It Ends with Us Coloring Book.

‘We developed this book to be uplifting and empowering, mirroring Lily Bloom’s story; we appreciate the feedback and discourse and have the greatest respect for Colleen Hoover’s fans.

‘Thank you for the honest conversation and passion for the world Colleen has created in her books and the characters within.’

It Ends With Us tells the story of a young woman who is assaulted by her husband and finds herself fighting to break the cycle of abuse.

The novel was based on the troubled marriage of Hoover’s parents and gained traction when social media users took to TikTok to gush about the best-seller.

It Ends With Us is so popular, it is currently being adapted into a film.

Despite her decision to cease the project, readers are still furious about the plans being made in the first place

Despite her decision to cease the project, readers are still furious about the plans being made in the first place.

One reader, Izzy Hayes said, ‘Out of every book she picks to turn a book about domestic abuse into a coloring book.

Another shocked reader called Sam said ‘ I just have no clue what we’re supposed to be coloring? It’s a book about horrific domestic abuse?’

Cassia added, ‘Everyday I’m grateful she’s always been in my nope authors list. where do these writers find the audacity.’

However, Amber said, ‘To be honest you can make a taboo into art with this, maybe its art like I don’t get why its a drama.’

‘Thank you for the respectful discourse and accountability. Nothing but love.’

The controversial coloring book is still available to view on Amazon however it states that the product is ‘out of stock.’

Hoover became popular thanks to the TikTok trend known as #BookTok, which made her one of the most successful writers in the world – with five of her books currently sitting in the New York Times’ Top 10 Best Sellers list. 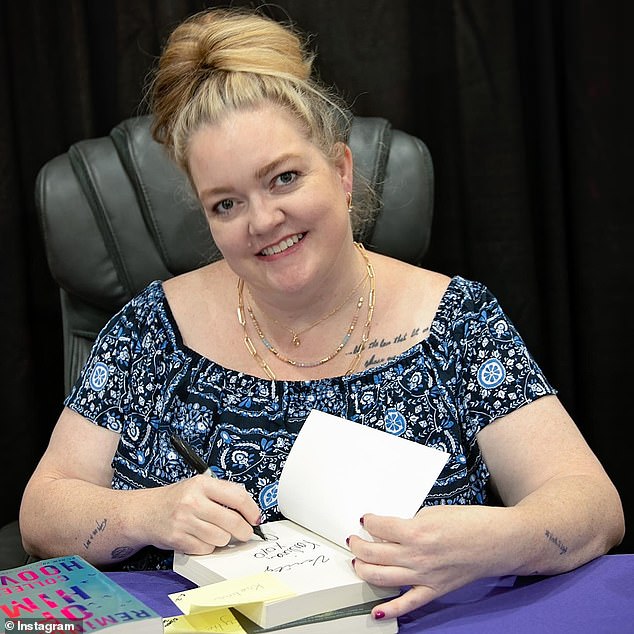 Thanks to the popular TikTok trend #BookTok, Colleen Hoover has become one of the country’s most successful writers – with five of her books now sitting on the Times’ Best Sellers list 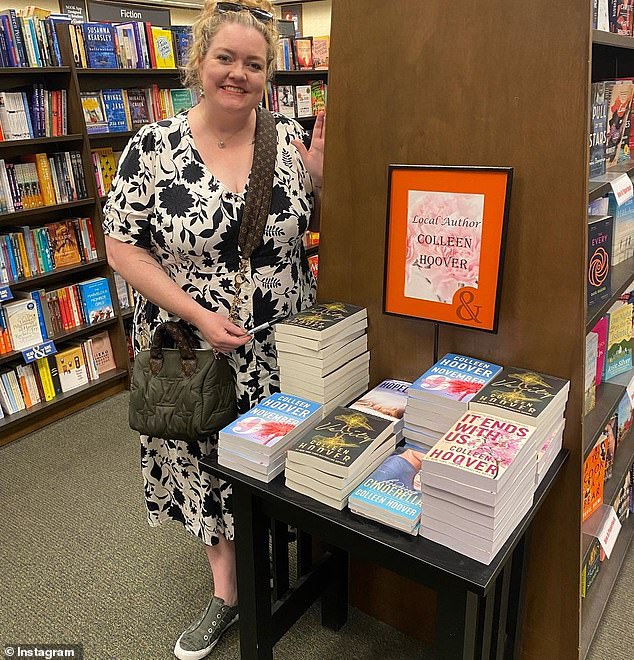 Colleen  began writing as a hobby in 2011 while working as a social worker, and she had no plans to make it her full-time job at the time 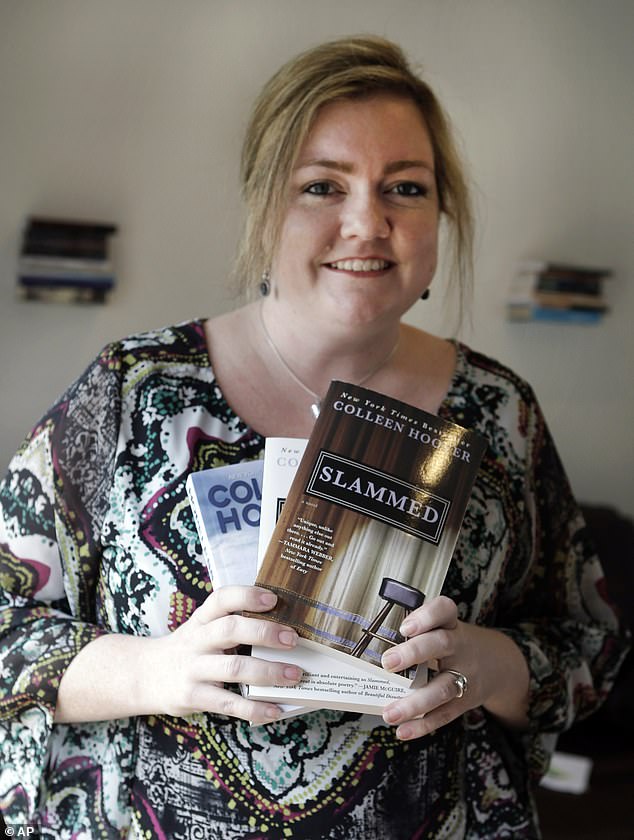 She self-published her first book, called Slammed, in January 2012 so that her grandmother could pull it up on her Amazon Kindle. She is seen with the book in 2013

The viral trend sees users discussing books that they’ve read, posting their reactions to the twists and turns, and recommending their personal favorites to others, and Colleen’s novels have been a hot topic in the community.

Due to her surge in popularity on the app, many of Colleens books have recently entered the New York Times’ Best Sellers list under the fiction section for combined print and E-books, despite coming out years ago.

Her most popular book, called It Ends With Us, which dropped in 2016, is currently sitting at the number two spot right underneath Delia Owens’ Where the Crawdads Sing.

In the first month of its release six years ago, the book sold about 21,000 copies according to PublisherWeekly.com, with the outlet adding that ‘sales flatlined after that initial month.’

For several years, weekly sales ‘rarely broke triple digits,’ until last summer – when it entered the sphere of #BookTok. In an article posted in September 2021, PublisherWeekly.com claimed that book jumped up to an average weekly sales of 17,000.

The book retails for $16.99 for the paperback and for the E-book, which means when she was averaging 17,000 sales a week, Colleen was making roughly $289,000 weekly from that book alone.

In addition to It Ends With Us, many of her other books reached the bestsellers list, including Verity, Ugly Love, November 9,  and All Your Perfects.

The Gray Lady’s Hunter whitewash: How the New York Times sugarcoated the Bidens’ dodgy business deals, shared bank accounts and whistleblowers in its 5,300-word ‘investigation’ into the troubled First Son