Follow
Home » World News » Accused by police on Facebook of a crime he didn’t commit, Prasannan fought to clear his name

Dr Prasannan Ponganamparambile was sitting at home in May 2020 when his wife, Nisha, received a distressing phone call from a friend.

The friend was browsing social media and had come across a Victoria Police Facebook post of a grainy CCTV image of someone who looked like the doctor. 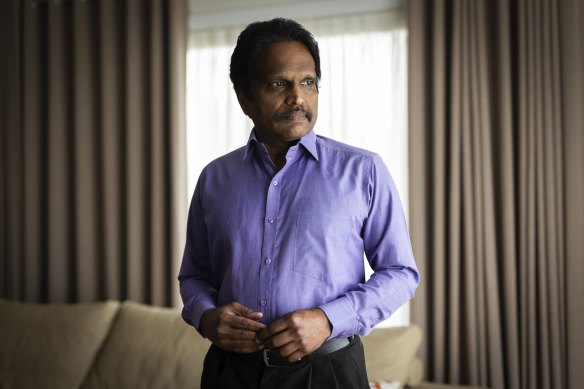 Prasannan Ponganamparambile was falsely accused of stealing on a Facebook page. He took defamation action and won an apology.Credit:Paul Jeffers

“The identity of the male pictured is wanted in relation to a theft that occurred in Pakenham,” the post on the Cardinia Eyewatch Facebook page said. “If you recognise him, please call Crime Stoppers.”

The local doctor was stunned to see that he was being sought by the police. And that his face was being shown like this in public.

“I went to the Facebook page and realised that it is my photo,” he said. 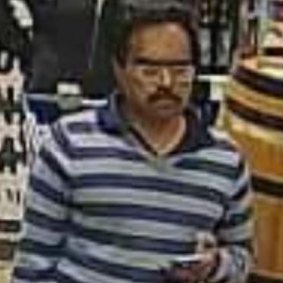 Ponganamparambile was not a criminal – his only interaction with police since moving to Australia from India in 2004 to work as a doctor had resulted in a speeding ticket – however clearing his name would prove harder than first thought.

It began with working out what had happened. The doctor learnt his alleged crime had happened a month earlier, when he had attended his local Dan Murphy’s store.

“I was buying a bottle of rum,” he said. “I don’t normally buy rum but we decided to try a new cocktail.”

His wife was driving that evening and when returned to the car after his purchase, he wondered if he had been charged the correct amount. She suggested taking the receipt and bottle back in to the store to check.

The price was correct and he left the shop. And this, as he would later learn, was the beginning of his troubles. CCTV footage recorded him leaving the shop without appearing to pay and authorities were contacted. 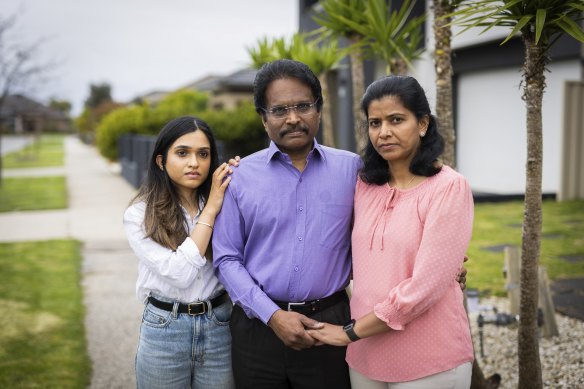 Prasannan Ponganamparambile with his wife Nisha and daughter Mejhna.Credit:Paul Jeffers

Crucially, the doctor had kept the receipt, which was still in his car a month later. He quickly called Crime Stoppers and asked to have his photo removed, explaining he was innocent of the alleged theft.

The operator told him that officers at the Pakenham police station controlled the Facebook page, and he would have to attend the station in person.

It was a difficult night’s sleep but Ponganamparambile hoped things would be sorted out the next morning. The police were wanting to identity him, so he took documentation to show he was the head of the department of rehabilitation medicine at Latrobe Regional Hospital.

But when he arrived, he was told the photo would remain online as the officer handling his case was not on duty. 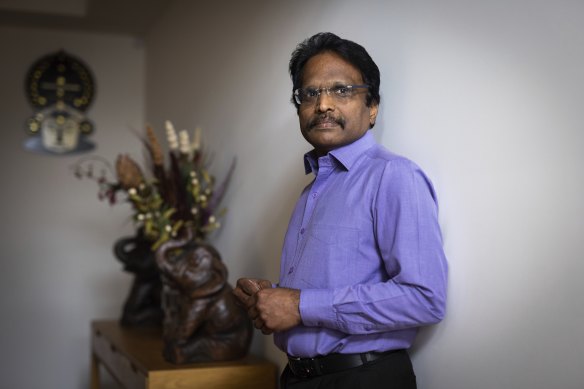 Prasannan Ponganamparambile is the head of the department of rehabilitation medicine at Latrobe Regional Hospital.Credit:Paul Jeffers

The doctor, well-known in the local Indian community, was worried more people would recognise him.

“It can lead to a drama, maybe, in the streets,” he said.

After more lobbying, the post was taken down on Facebook. But there was still the criminal investigation to deal with.

Eventually, a police arranged an interview time. The doctor was a bit apprehensive and called a lawyer to join him. The atmosphere when he arrived was like a criminal had come to surrender, he recalled.

“I thought that some international robbery has been committed, and they are looking for a very serious criminal,” he said.

The doctor was told he was going into custody. Police didn’t use handcuffs but escorted him to a police van to be driven around the back of the station. Nisha was terrified to see what was happening to her husband. His daughter, Mejhna, was also there.

“It was definitely what I would call the worst day of my life,” she said. “He has always done what is right and he’s always been a huge moral compass for me. Just to see someone like that be treated with so much disrespect.”

After 45 minutes of questioning, Ponganamparambile had his fingerprints taken and was released pending any charges. A few weeks later his lawyer received an email to say that he had been exonerated. 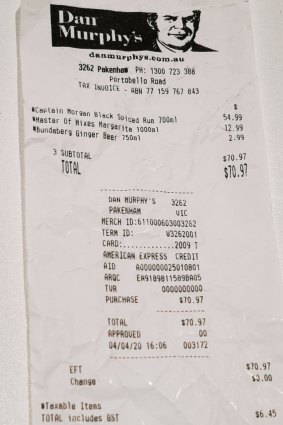 Receipt for a bottle of rum provided by Prasannan Ponganamparambile.

But the doctor felt insulted and did not let the matter drop. He took defamation action in the County Court against Victoria Police. Last month he was awarded a confidential settlement, and won an apology from the force.

“We acknowledge that you were not involved in any theft and apologise for any insinuation that you may have been,” wrote superintendent Craig Thornton.

A Victoria Police spokesman said in a statement that training was regularly provided to those responsible for posting on its social media pages.

But the doctor’s lawyer, Stewart O’Connell, has questioned whether if the incident would have happened if his client wasn’t a man of obvious Indian descent.

“This is a man who is an absolute pillar of the community, and yet he was treated with appalling disrespect,” O’Connell said.

He could have been contacted using his car’s license plate, which was clear on CCTV.

“There is a much easier way rather than inflicting this much trauma to me. This should be a last resort.”