Publisher Penguin has dropped a best-selling author and social media star ‘The Meal Prep King’ after he uploaded a bizarre misogynist video rant while sporting a black eye.

John Clark, 43, streamed a live video on Instagram from what appeared to be his home in Bolton, Greater Manchester, where he said he refused to have respect for women and they should ‘shut the f*** up’ about their rights.

The social media personality who boasts more than 420,000 Instagram followers, once appeared on the One Show when he launched his meal-prepping business after shedding nine stone.

Taking to Instagram on Monday night, Clark ranted in several videos and swigged from a silver plastic bottle. He said: ‘Have some respect for females? Nope. You’re all f****** scruffy c****. But I do like kind of p****** women off.’

After the video came to their attention, his publishers Penguin Michael Joseph have dropped the 43-year-old, describing his behaviour as ‘unacceptable’.

They wrote in a statement to MailOnline: ‘Penguin Michael Joseph is appalled by John Clark’s unacceptable behaviour.

‘We do not have any more books under contract with John and will not be working with him in future.’ 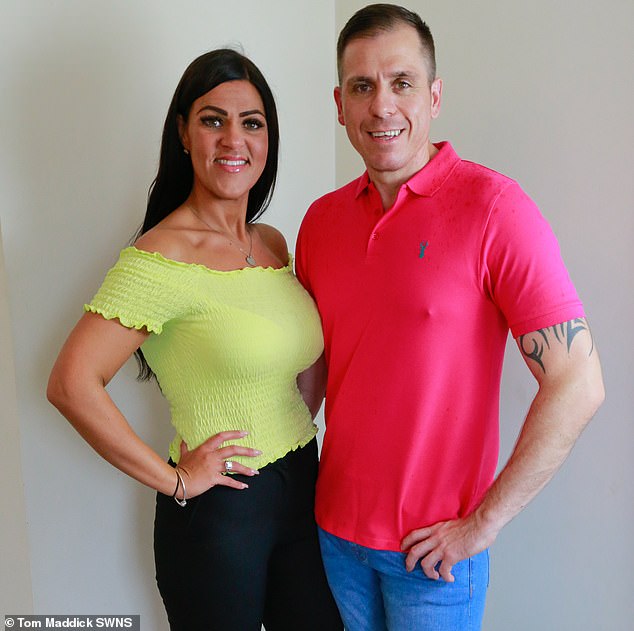 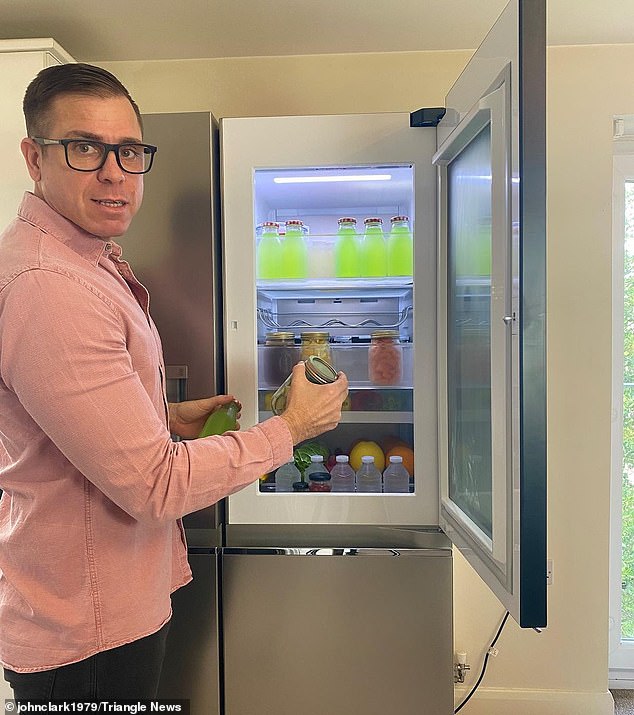 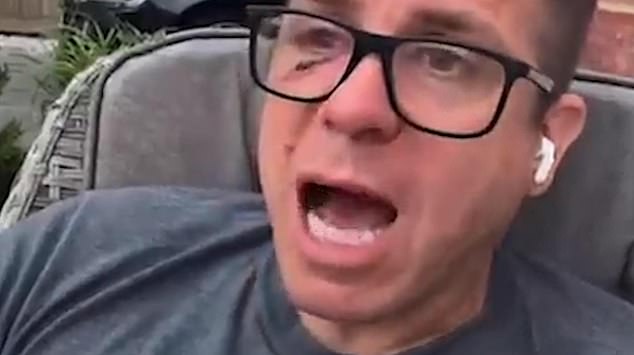 During the stream he referenced his facial injury, saying that he ‘got whacked’.

The tirade continues: ‘I’m a woman, and I deserve rights’…I’m not against women.

‘I’m not really this bad in general but I am…certain things.

‘But you must admit, women, basically what it is, what I want to do – women want to self-sabotage men. F**** off.’

The author, who has penned two books published by Penguin, shot to fame over lockdown after he started posting about his weight loss journey through meal-prep.

Alongside his girlfriend, Charlotte Deniz, the pair lost 15 stone between them.

They amassed more than 1.6 million followers on TikTok.

His cookbooks have sold more than 25,000 copies landing him a spot on the Sunday Times Bestseller List and lucrative work with the BBC, as well as selling his own merch.

Clark also runs a paid subscription service through his website, where fans pay £7.99 per month or £59.99 a year to receive exclusive content including workouts and videos.

But scores of horrified fans said they could never support him again following the ‘meltdown’. 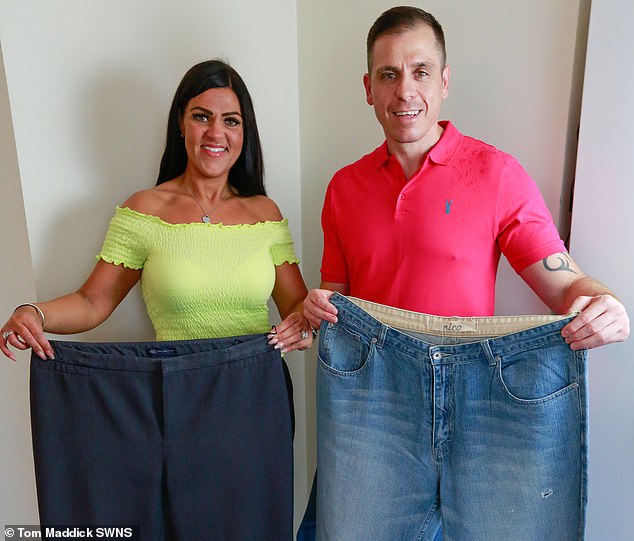 John Clark, 39, and partner Charlotte Deniz, 34, showed off their weightloss on the diet plan 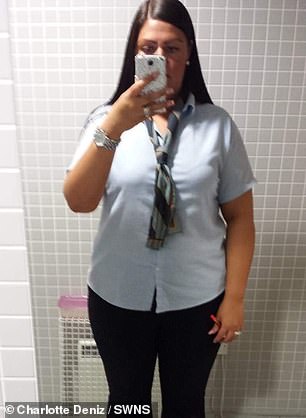 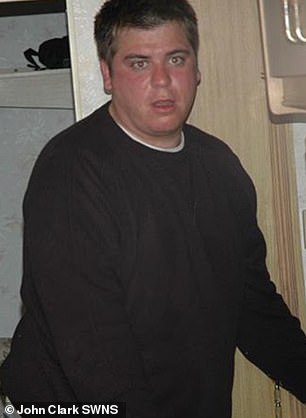 Charlotte Deniz, left, and John Clark, right, in pictures before they lost weight on the diet

Chloe Jayde said: ‘I was a fan of his, me and my partner bought both of his books earlier this year in an attempt to start living a more healthy lifestyle and I was impressed as some of the recipes are really good.

‘I’m really disappointed to see the type of guy he really is after all those comments. He did go on to say other comments using derogatory terms for disabled people etcetera as well.

‘I’m utterly shocked and disgusted at the comments I heard, I sat and watched last night expecting to hear some motivational speech or something about his new eight week challenge but how wrong I was!

‘It just kept getting worse and worse as the live went on, my jaw just kept dropping.

‘I honestly can’t believe someone with that platform and who has also been in the same position as his target audience would come out with remarks like that.’ 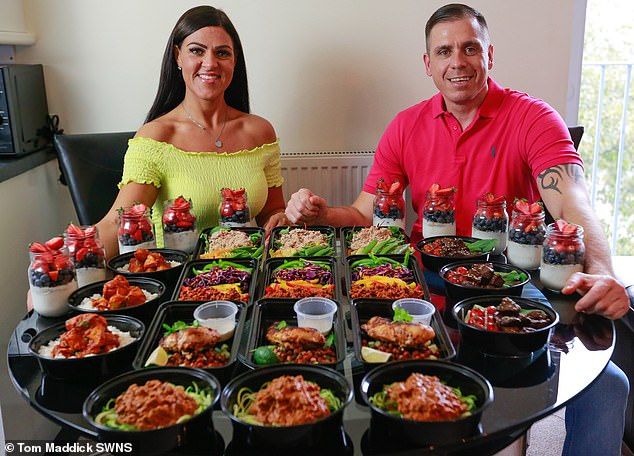 John Clark, 39, and partner Charlotte Deniz, 34 of Bolton, Lancs, when they launched project 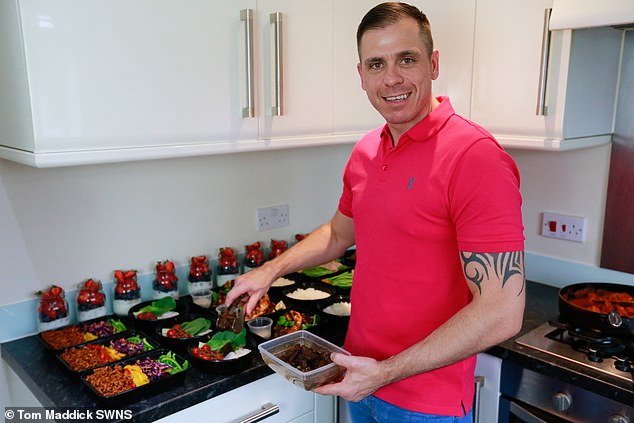 John Clark, 39, had lost more than 8st and his partner Charlotte Deniz, 34, shed 6st 4lb by being ultra organised cooks.

Lauren added: ‘I thought I owed a lot to this guy as I’ve followed him and lost three stone through his and other TikTok creators’ content.’

‘I’m not on the whole cancel culture, but someone like this, who holds these views, needs to be dropped by reputable publishers.’

The Meal Prep King, Penguin Books and the BBC have been contacted for comment.