THE ARMY is on standby to step in and help secure the nation's food supplies if the Pingdemic worsens, a Cabinet minister said today.

Environment secretary George Eustice revealed up to 20% of workers in the sector have now been forced into self-isolation. 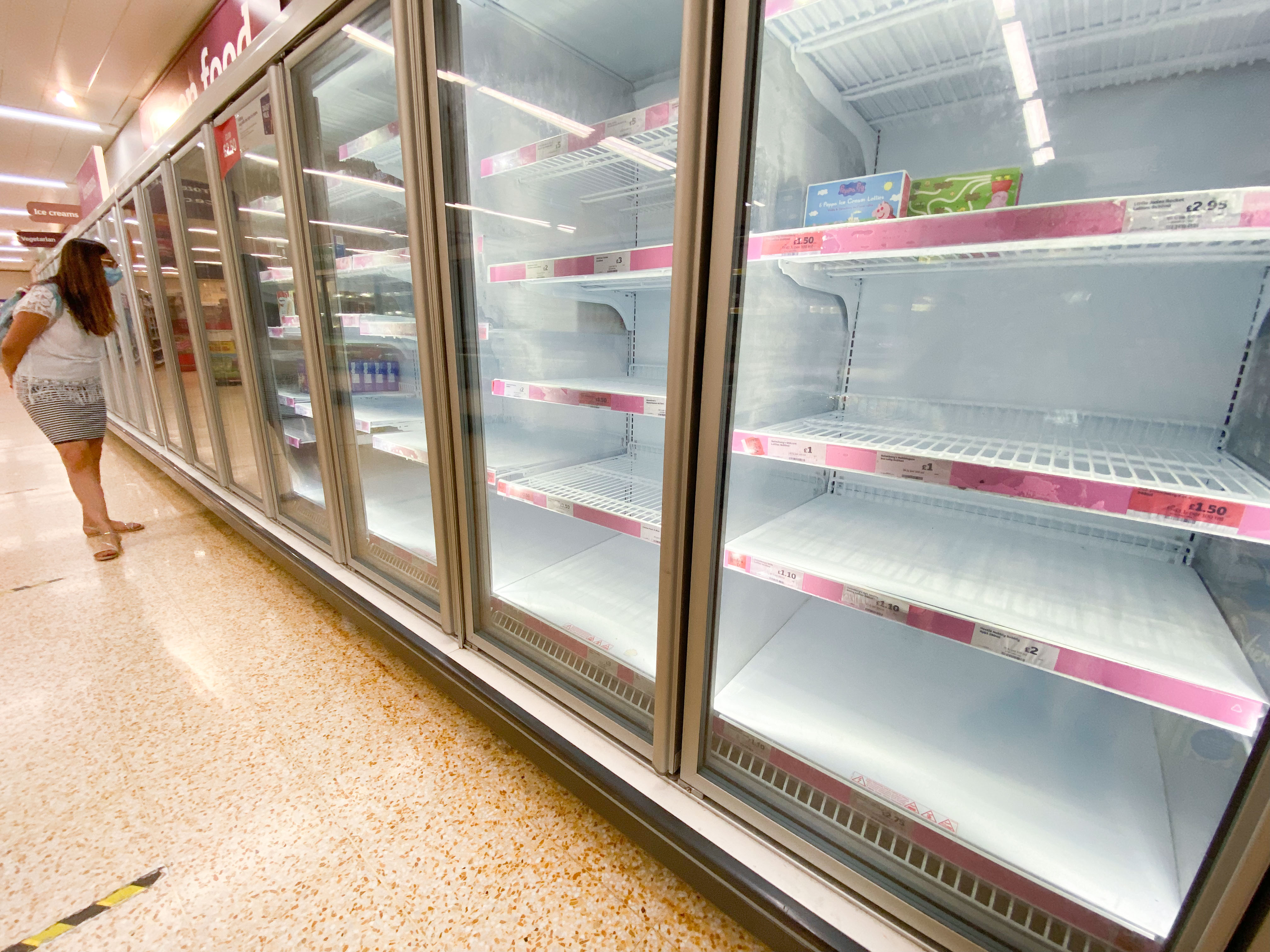 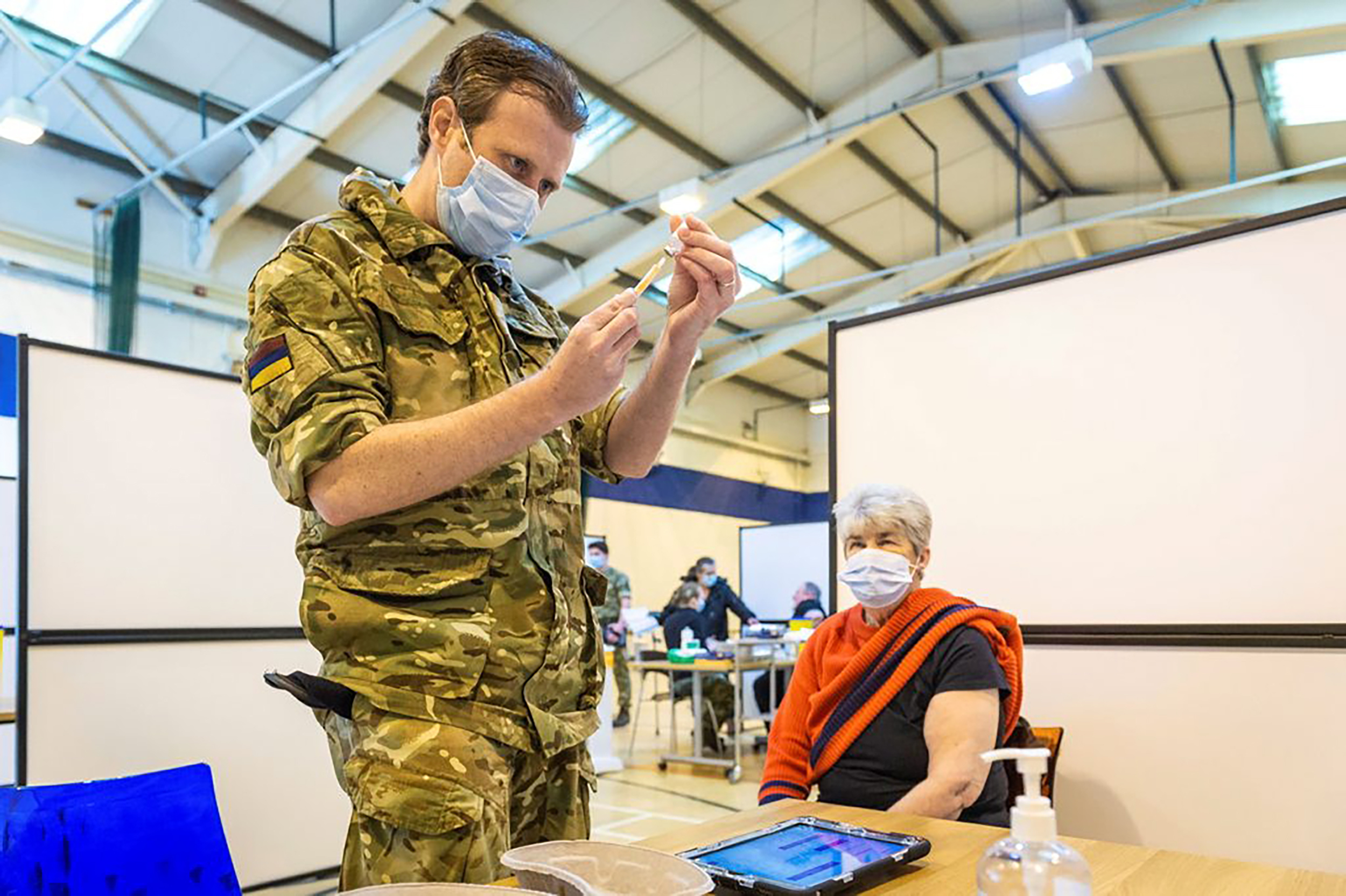 The move came amid warnings the country could be set to face its worst food shortages in 75 years with half of deliveries being delayed.

MPs have even called for troops to be deployed and tasked with vital roles like shipping goods and stocking shelves.

Mr Eustice said there are no "plans at the moment to use the military" but that "they're always on standby".

He said: "We always have that option to call on the contingency the MoD always has in place for situations, but we don't need that at the moment."

The senior cabinet minister said 10,000 food sector workers at over 500 key sites will now be exempted from self-isolation rules.

They include critical parts of the supply chain like supermarket depots, large bakeries, and dairy companies but not stores themselves.

Under the new rules employees at the named workplaces can be automatically excused from having to quarantine.

They will be able to take daily tests instead of being sent home.

Mr Eustice said the scope of those covered has been kept narrow because the country needs to get new infections under control.

He said: "We've been working closely with the food industry, both the manufacturers and the retailers, over the last week or so.

"Monitoring the situation closely, looking at indices such as late deliveries to individual stores and absence levels.

"The industry had some concerns at the end of last week, but we've been keeping it under close review.

"What's clear is that early this week those absence levels got to 15%, in some cases 20%.

"And that's why we decided to act swiftly to make sure that the food supply chain can continue to function normally."

We are at crisis point

Mr Eustice defended the Government's response to the crisis, despite food companies warning of the risk of shortages for several days.

He said: "It was really during the course of yesterday, having had further discussions with them, seeing that absence rates had increased to a level that was starting to concern us, and that it was likely now to continue to increase a bit further.

"It was that that decided the situation and we acted swiftly. We're never going to take risks with our food supply and that's why we acted in the way we have."

The announcement comes with some industry figures warning Britain is facing "most serious food shortages that this country has seen in over 75 years".

He said: "No-one could possibly have predicted that this toxic cocktail would come together at this time.

"It started with the pandemic – and in the last week or so with Pingdemic, but since May this year the operating environment has deteriorated so profoundly I can see no other outcome than major food shortages in the UK.

"Supply of chicken and turkey is under threat. Our retail partners and the wider supply chain have worked together closer than ever before to ensure we retain food supply and this is of huge credit to everyone. But we are at crisis point."

"Roughly half of deliveries expected to be done are not and we’re scrambling to get this done. It renders some business unviable.

"We were already struggling on the back of Brexit. It meant a lot of farmers kept within the confines of the UK.

He added: "There’s nothing more important than food. The centre of government policy should be the provision of safe affordable food.

"We’ve taken a fairly strict view that if you don’t feel well don’t come to work.

"What has been affected is distribution. If you cannot get food to the market you’ve got a problem."